Our ancestors preserved meat for obvious reasons—food was scarce, winters were long, and traveling required portable food that was compact and long-lasting. For these reasons, jerky was a staple long before paleo dieters made it the snack trend it is today. However, it also creates a livestock industry that’s bad for our health, the planet, and the animals. Animal-based jerky products get their flavor—smoky, spicy, sweet— from plants, so why not go straight to the (cruelty-free) source for a jerky that ticks all the boxes? While consumers might think of animals as the only “meaty” option for jerky-making, the terrestrial and marine plant kingdoms offer much more variety, flavor, and textures because, of course, anything animal-based foods can do, plants can do better. And for the vegan jerky category, the proof is in the chew. With this in mind, we’re highlighting 10 innovative vegan jerkies that could upend traditional animal-based jerky sales. 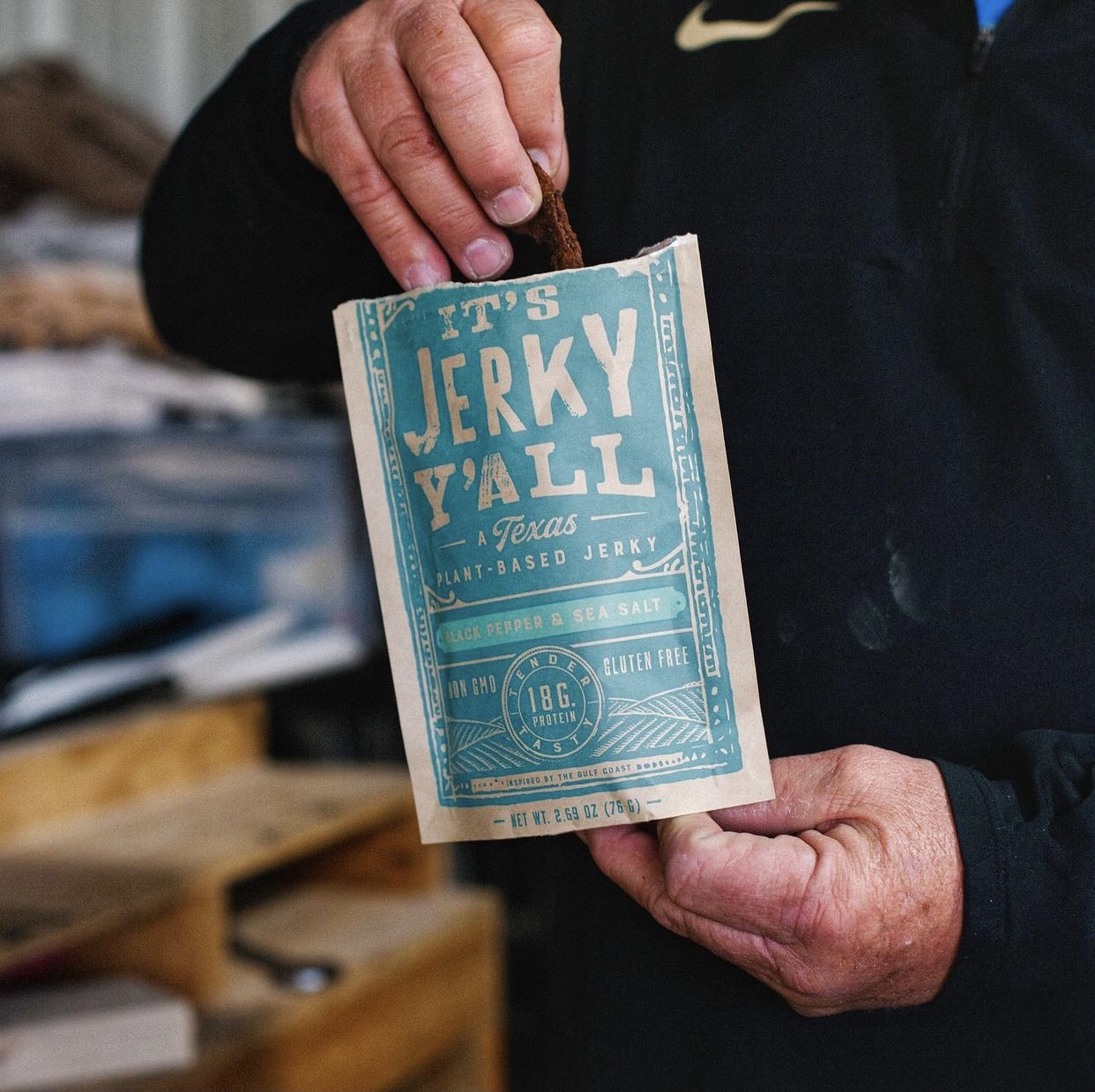 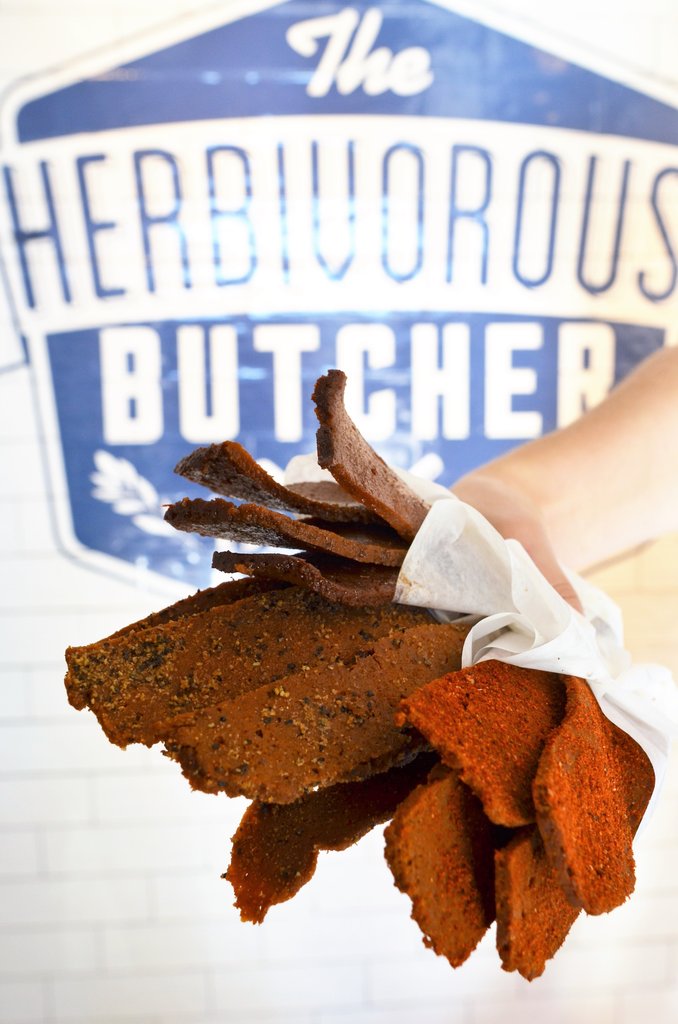 The Herbivorous Butcher’s chewy and flavorful jerky is seitan-based and comes in three flavors: Teriyaki Jerky, Sizzlin’ Cajun Jerky, and Salt ‘n Peppa Jerky. “Frankly,” Kale Walch, The Herbivorous Butcher co-founder says, “I think ours is more flavorful and the texture is spot on. Some people may not like that ours is a more realistic texture, but different strokes for different folks.”
Find it here. 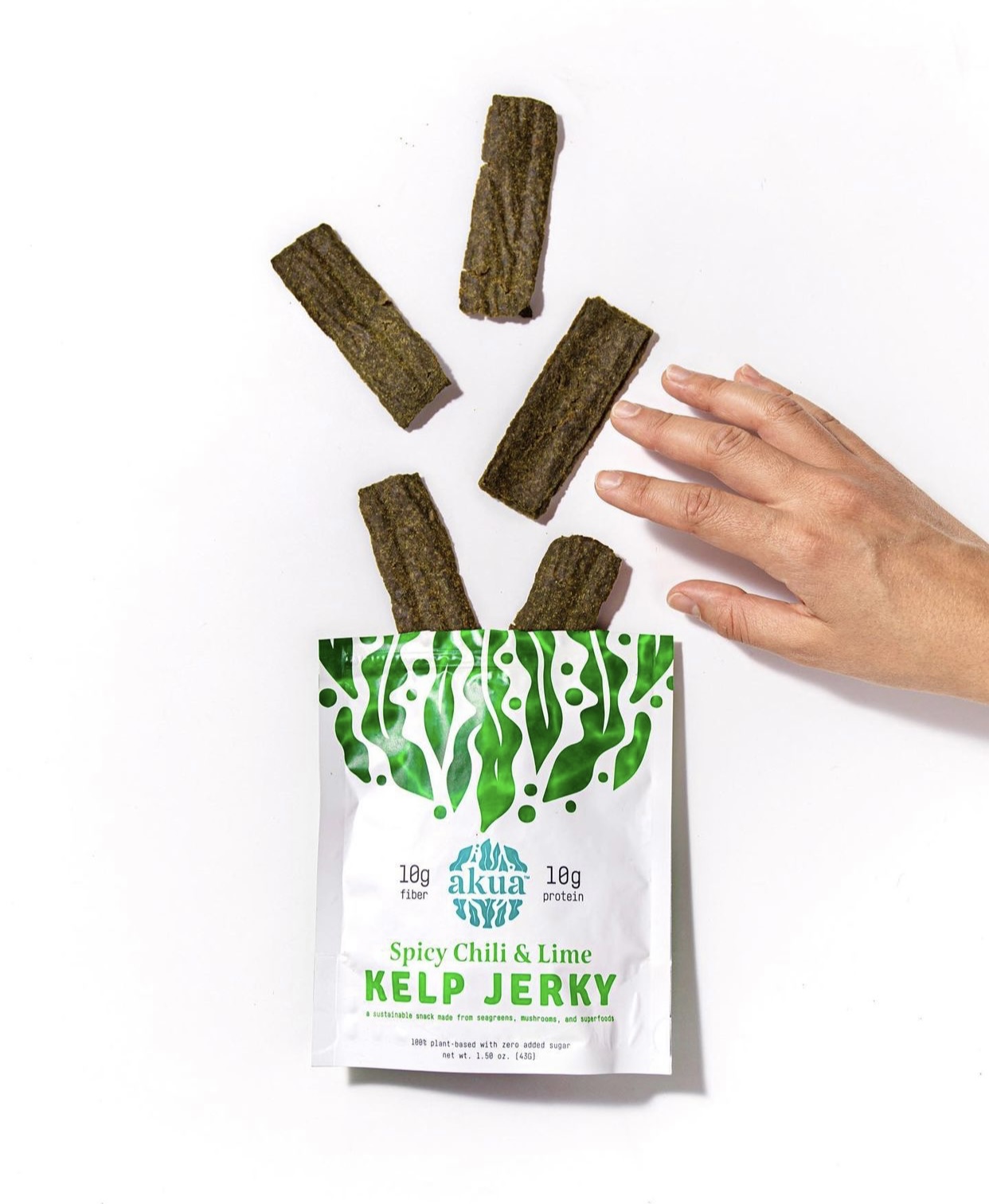 This jerky is made from mushrooms and kelp, making it high in fiber and protein, while also low in calories, sugar, and fat. The world’s first carbon-negative snack, you can rest easy as you munch on this innovative, protein-packed kelp jerky.
Find it here. 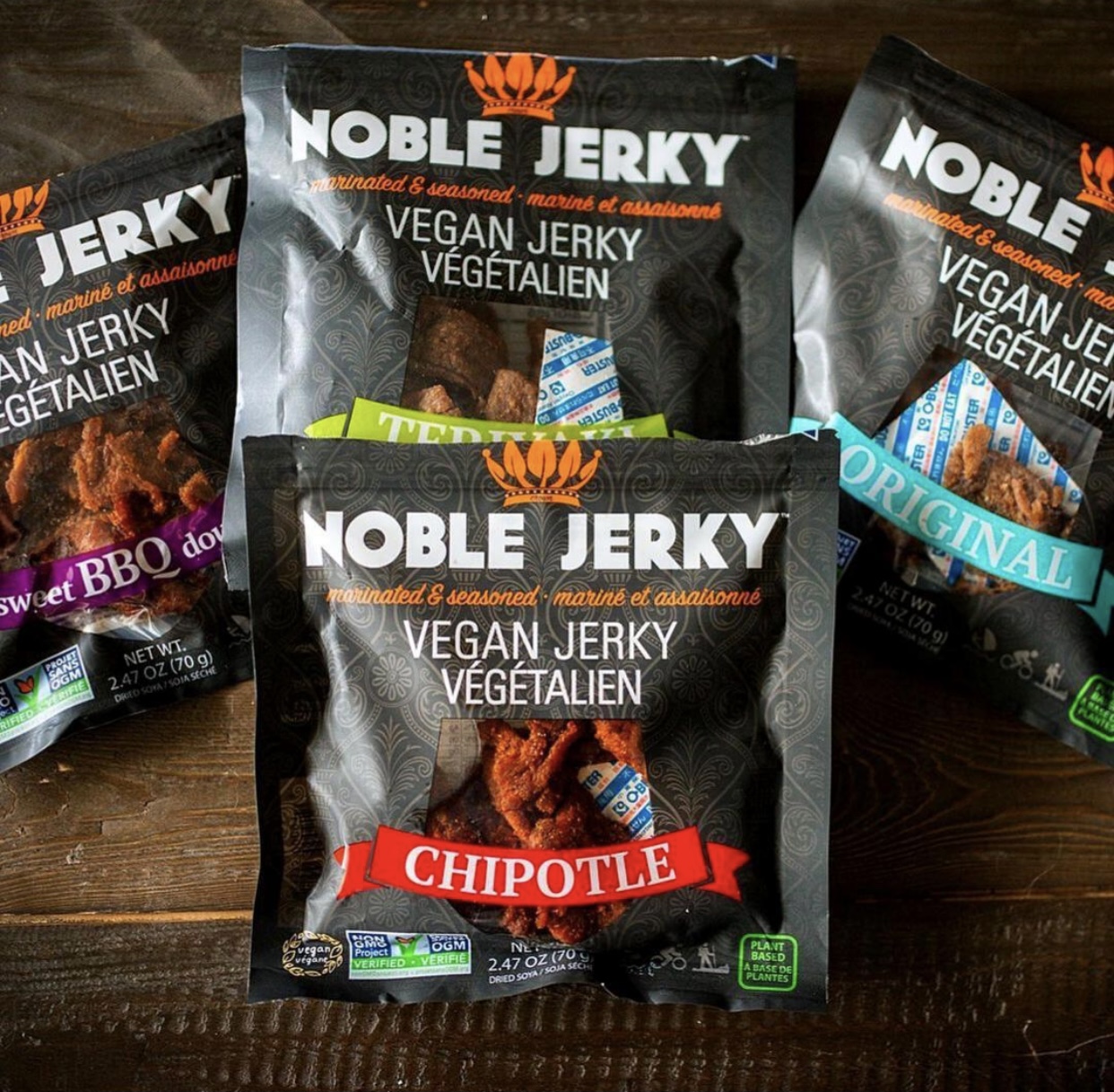 Gourmet-crafted, Noble Jerky is made using soy protein resulting in a chewy, smoky taste that’s high in protein. Vegan and omnivores alike are sure to enjoy the authentic taste of the line’s Sweet BBQ, Chipotle, Teriyaki, and Original flavors.
Find it here. 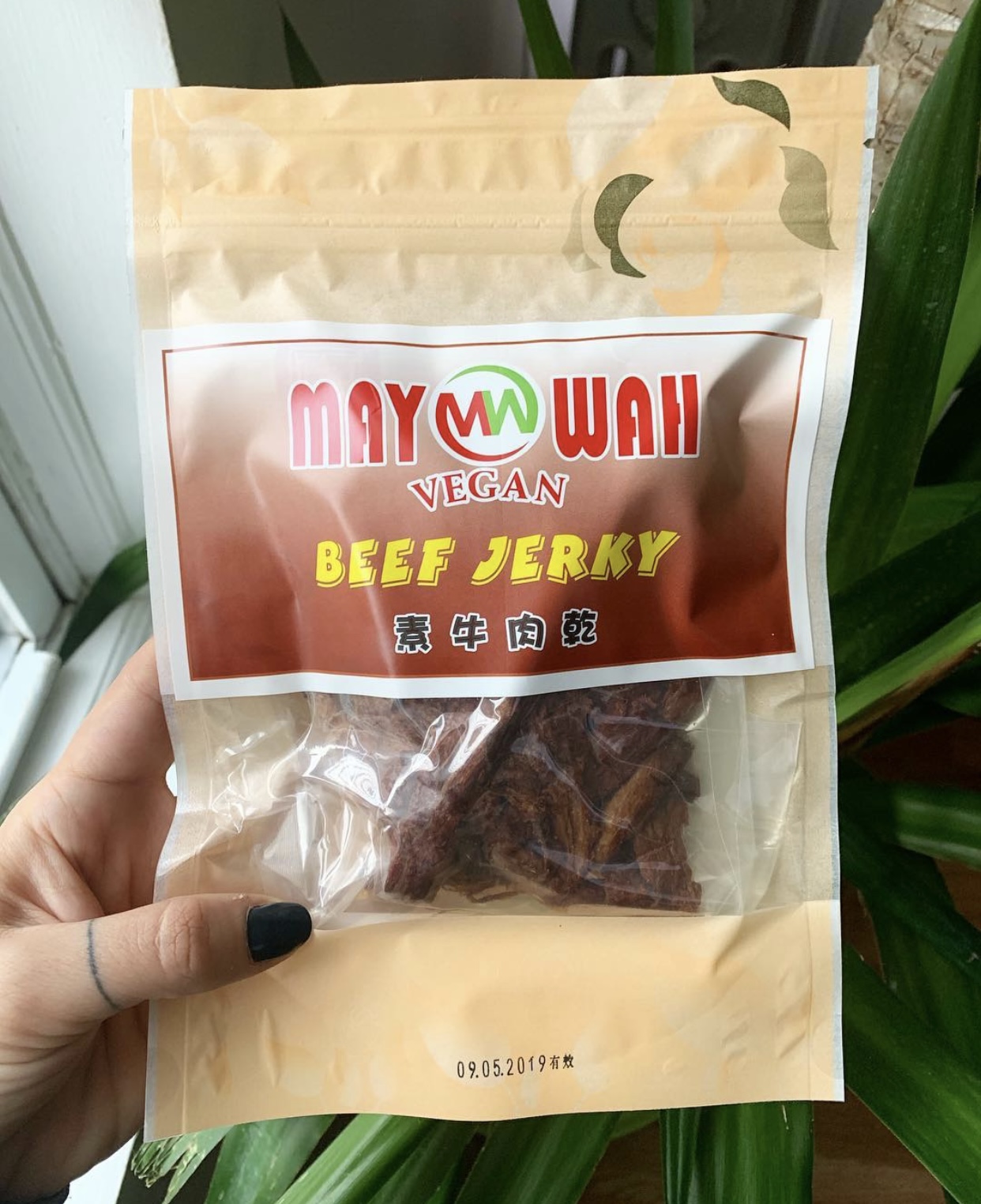 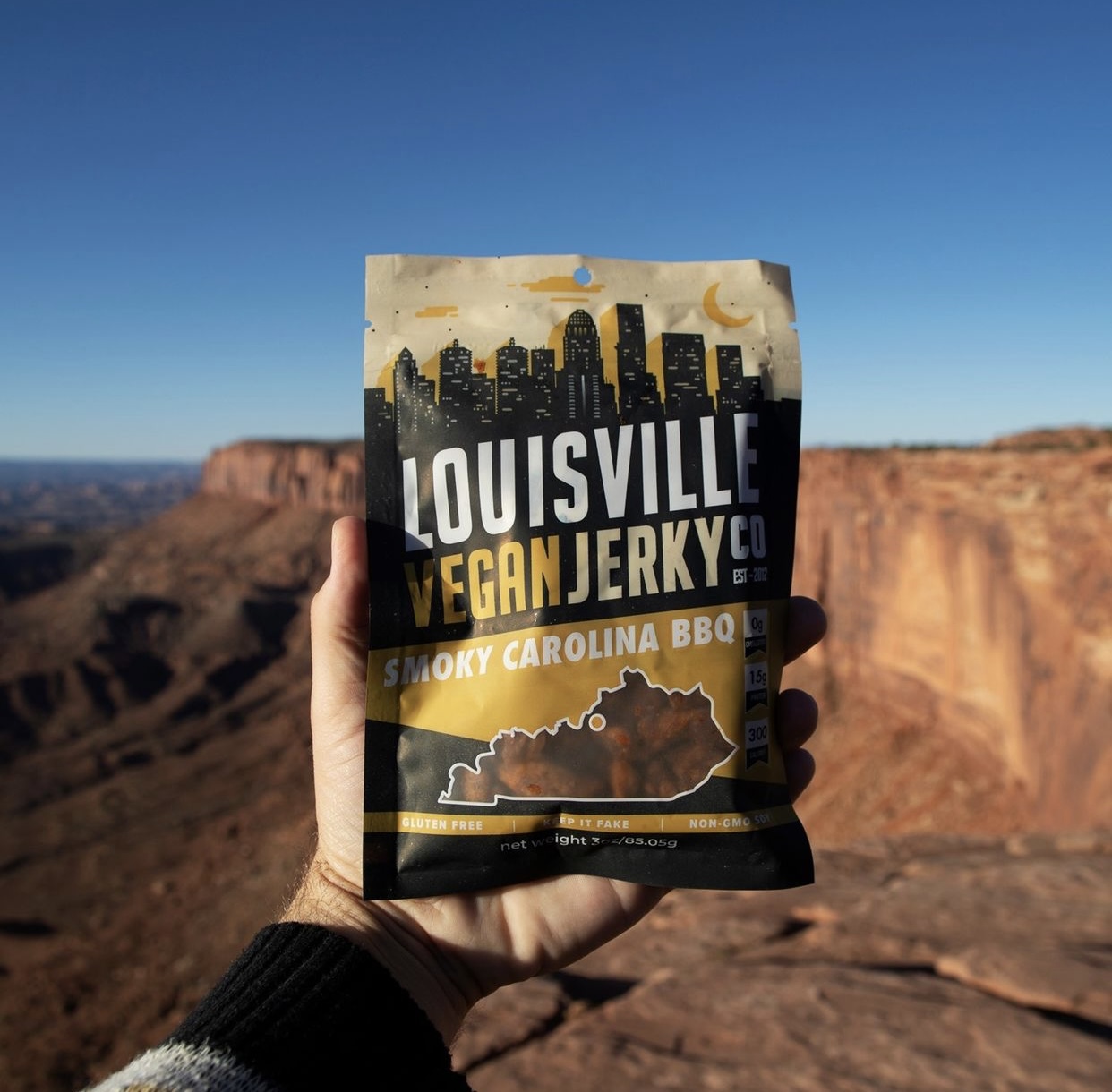 With flavors such as Maple Bacon, Smokey Carolina BBQ, and the limited-edition Sesame Gochujang, this non-GMO textured soy protein-based jerky is all chew and full of flavor.
Find it here. 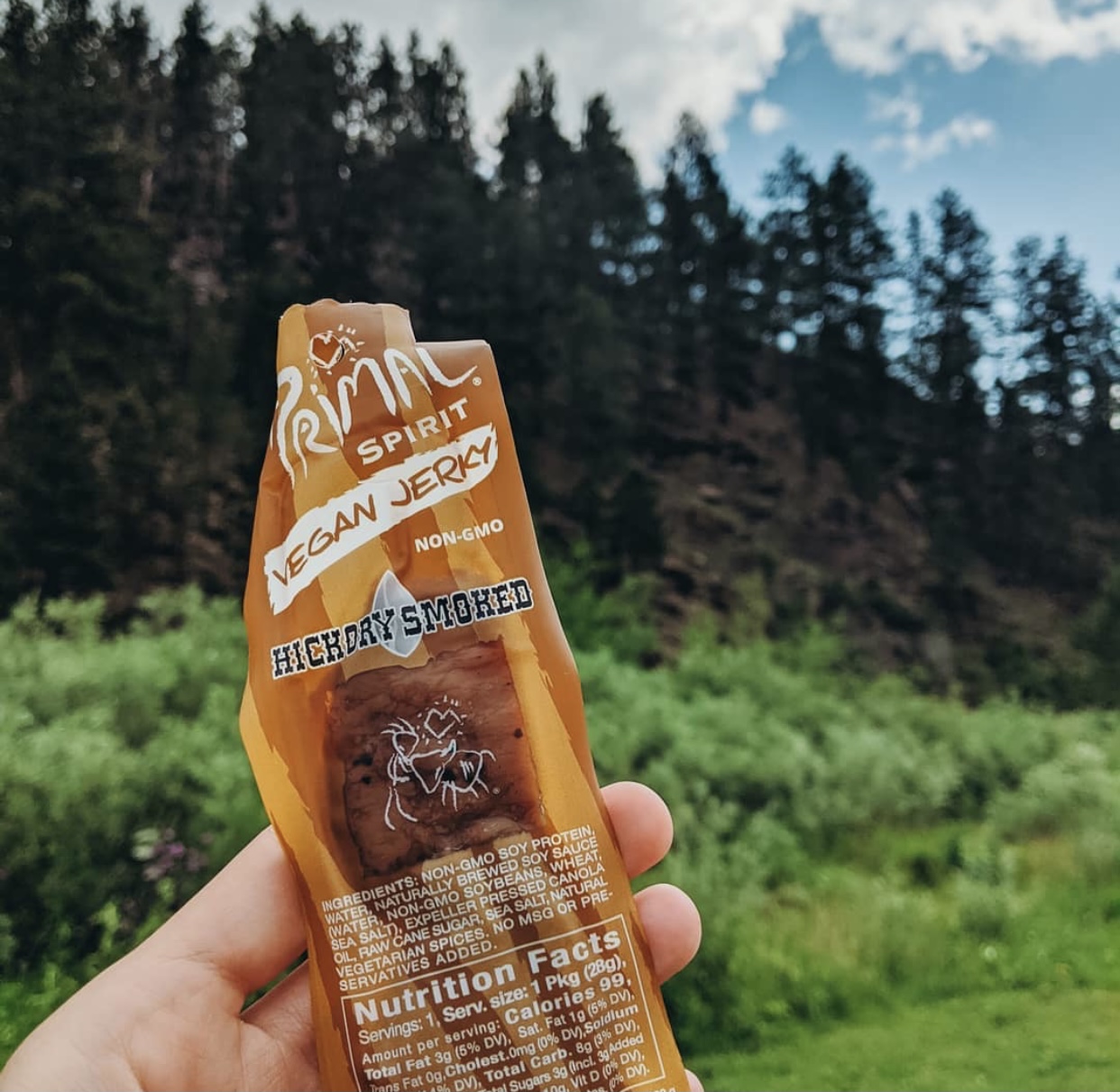 These individually-wrapped jerkies are comprised of soy, seitan, and shiitake mushrooms. Flavors such as Thai peanut and Texas BBQ make for a perfect portable snack for traveling, hiking, or keeping in your bag for snack emergencies.
Find it here. 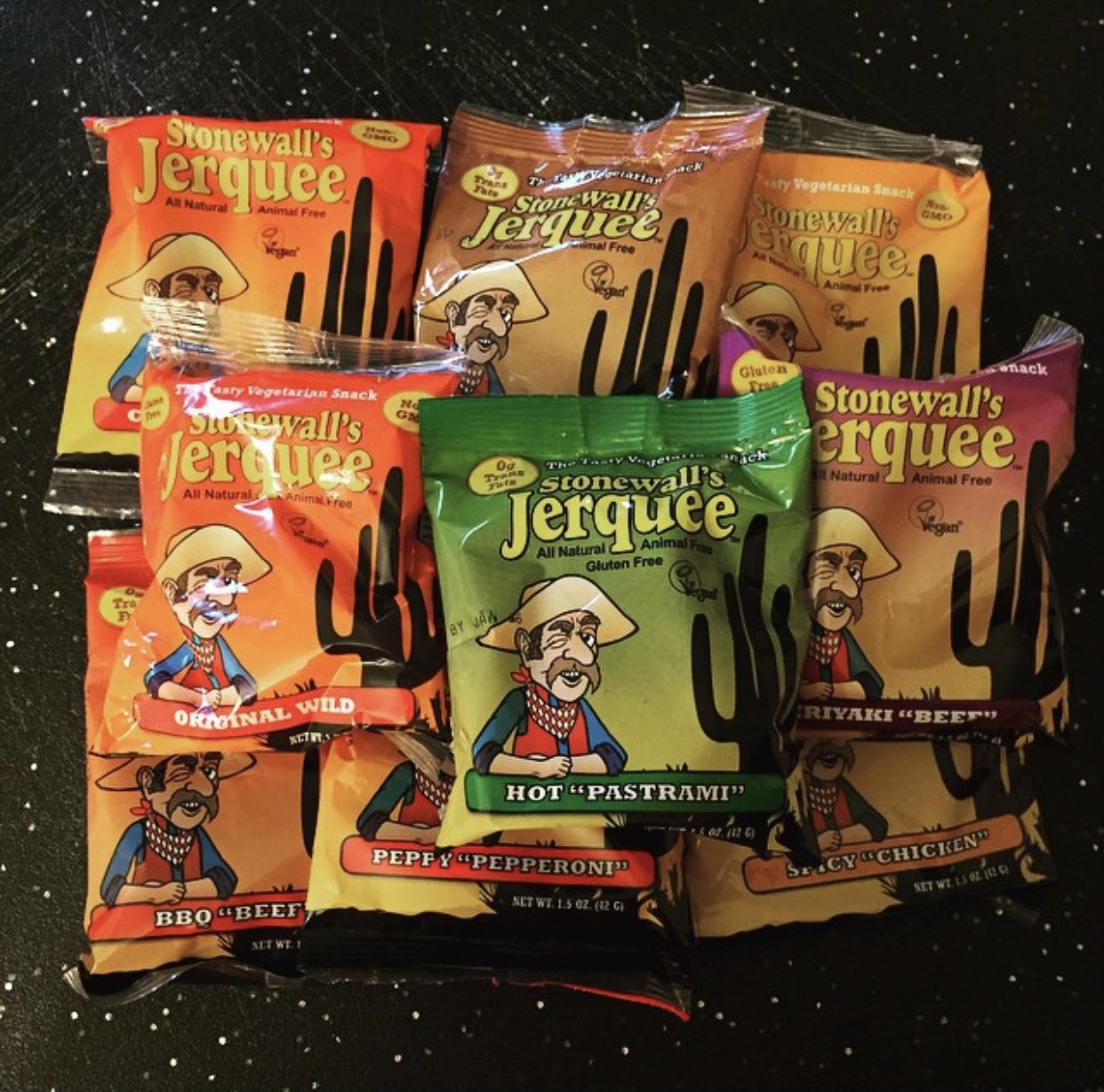 Don’t let the fancy spelling fool you! These single-serve “jerquees” are equal parts meaty, chewy, and savory.
Find it here. 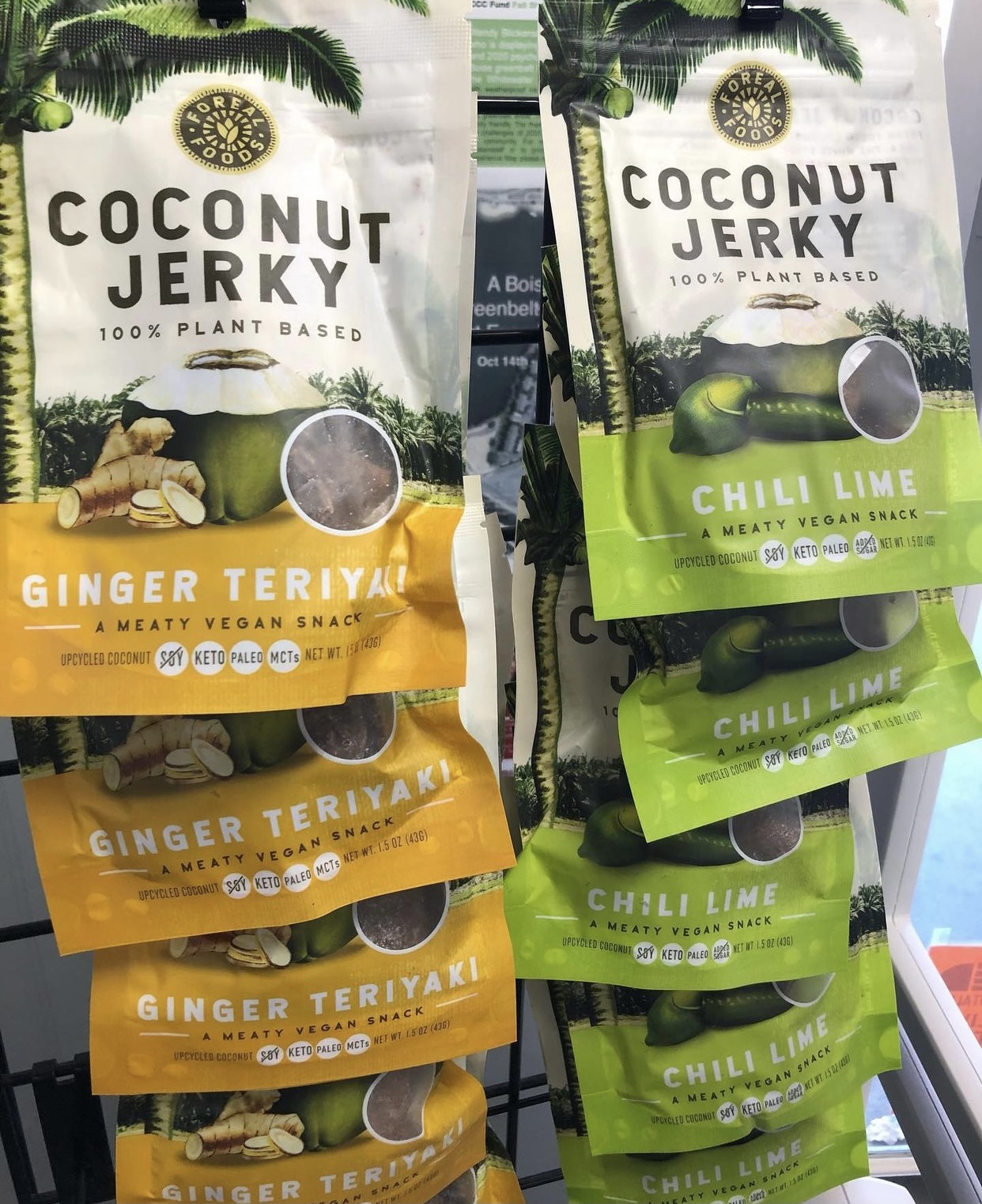 Coconut doesn’t just lend itself to milk, water, ice cream, and cheese, as it’s a natural jerky, too. To make the transformation, young coconut meat is marinated and dehydrated for an addictively healthy jerky.
Find it here. 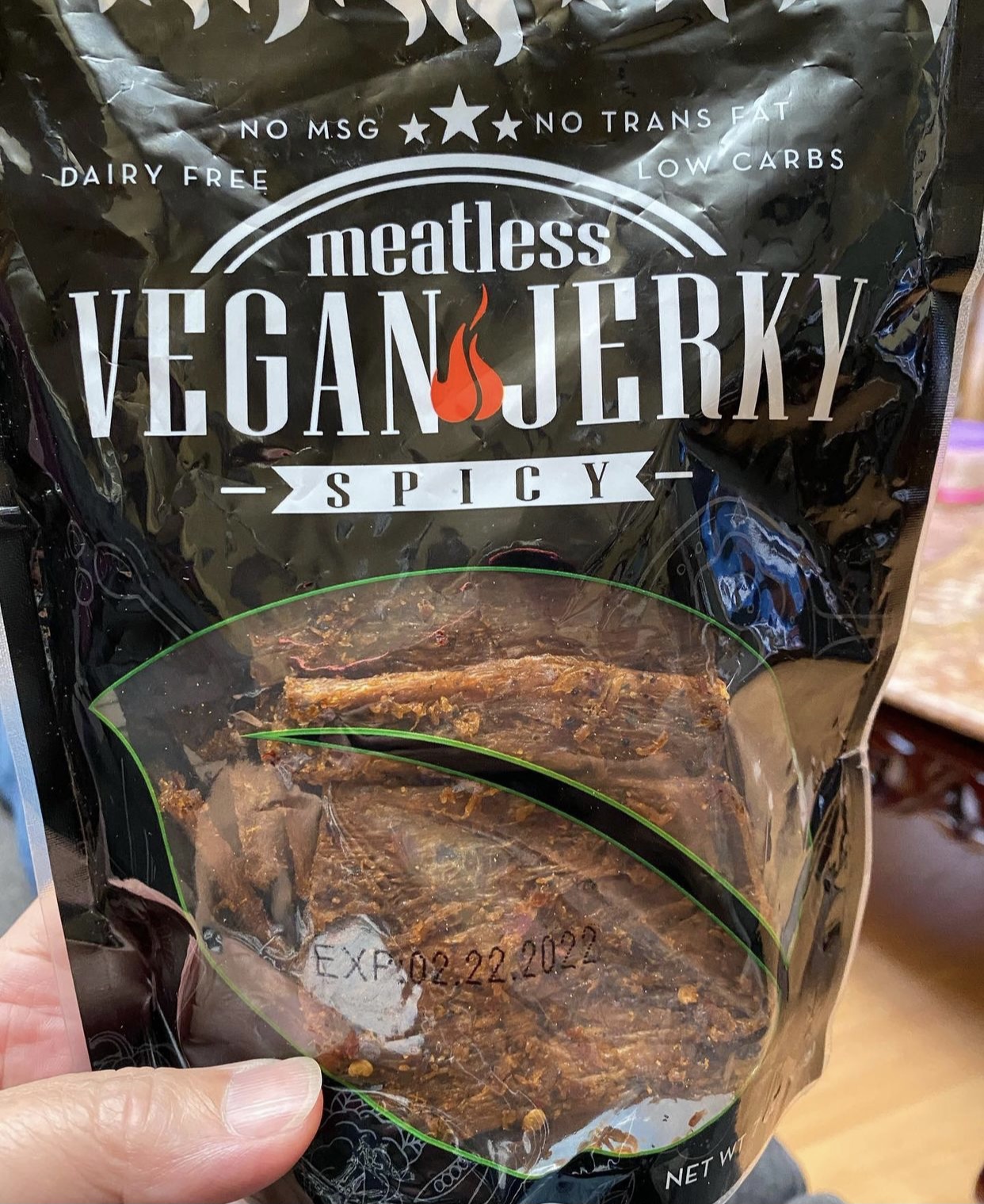 Famous for their fan-favorite vegan fried egg, BeLeaf’s line of plant-based jerky is another must-have for any vegan pantry. Made using soybrean protein, the company offers flavors like Spicy, Wasabi, and Original.
Find it here.

Jill Ettinger is the digital content director at VegNews and a freelance content strategist. Connect with her at jillettinger.com

The Ultimate Guide to Vegan Tacos

Trick and Treat! 10 Vegan Halloween Candies Delivered to Your Door