Vegan food has been evolving at a rapid pace and each new innovation seems to be better than the last. First came “bleeding” burgers, followed by a race to deliver plant-based chicken. And now, vegan seafood has entered the takeover game, and this particular sector has seen startups prove that there’s more than one way to make it.

There’s already vegan tuna and salmon made from protein-rich legumes, while others have used soy or a root vegetable called konjac to mimic the taste, texture, and nutrition of fish. 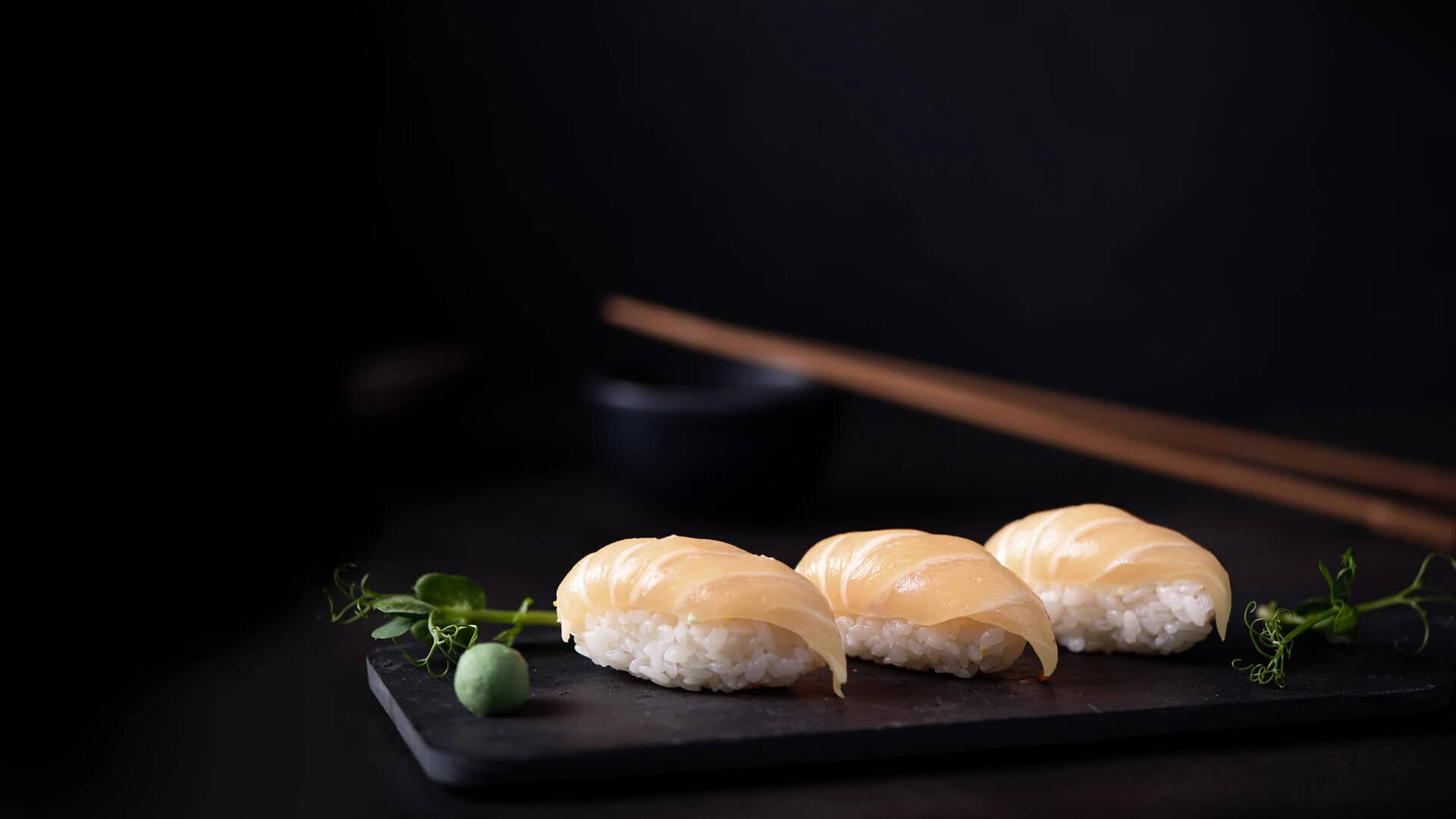 Most recently, several startups are harnessing the biological kingdom of mushrooms. Mycelium, the root systems of mushrooms, naturally grows in a structure similar to the muscle tissue of seafood and is soft in flavor. This unique structure has proven its ability to be used in diverse applications and has already been used to make mushroom leather and mushroom meat.

Vegan seafood aims to save the oceans

The first startup in Europe to make vegan seafood from mycelium is Germany’s Esencia Foods. Founded by scientist and chef Bruno Scocozza and business strategist Hendrik Kaye, Esencia has the goal of promoting a global transition to sustainable ocean stewardship with mycelium alternatives.

According to the United Nations, 80 percent of the world’s fish stocks are overfished, and with a projected increase in demand for seafood, some scientists are predicting that the oceans will be depleted by 2048. 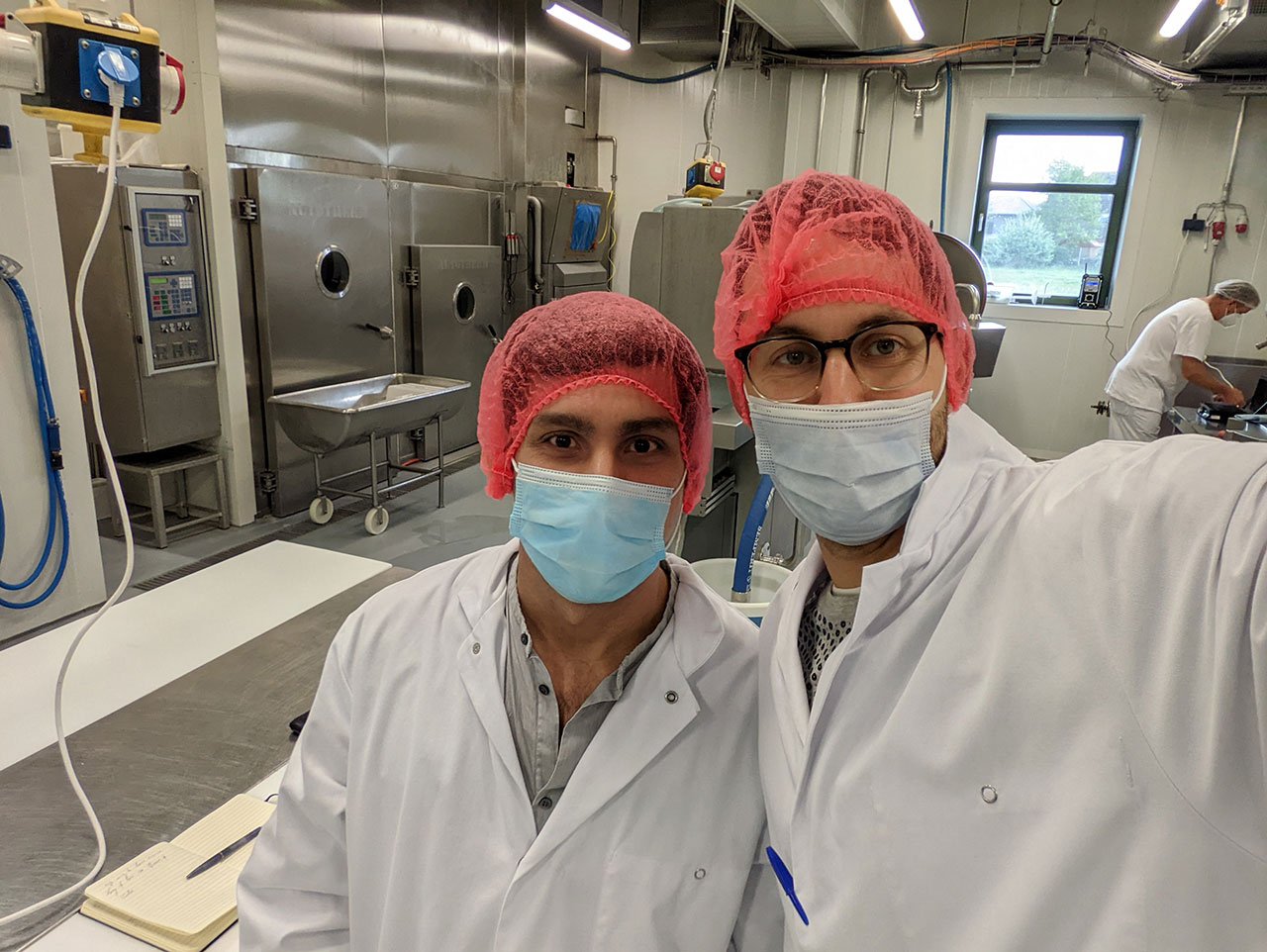 In an effort to avoid the dramatic consequences of the ocean’s future, Esencia is developing a technology platform using mycelium that is capable of replicating seafood’s unique texture and mouthfeel in an effort to offer alternatives that better mimic conventional seafood, starting with scallops and salmon.

By leveraging a solid-state fermentation process, Esencia grows mycelium in a way that is similar to tempeh but using fungi that provides the soft texture for things such as scallops and the complex texture of fish like sea bass.

The startup also recognizes its challenges, such as recreating the fatty texture of smoked salmon. For this, Esencia plans to partner with a plant-based fat company to get it right. The company hopes to launch its first products in restaurants and foodservice by the end of 2023 before expanding into retail.

“As a scientist-chef hybrid, I want to go beyond creating an ‘alternative product,’ but to build products that consumers crave because they are culinary highlights. We want to write a chapter in the history of food,” Scocozza said in a statement.

“Mycelium solid state fermentation is the perfect technology to build textures and tastes consumers love, while producing at price parity— to make a real impact,” he said.

Chicago-based startup Aqua Cultured Foods is on a similar mission but is focusing on creating whole cuts of fish-free products, as well as ground seafood alternatives. Using fermentation techniques that don’t require any animal inputs, genetic modification, or use of starches or protein isolates, Aqua Cultured is working to perfect the taste, texture, and nutrition of whole calamari, shrimp, scallops, and tuna and whitefish filets.

“We’re moving on an accelerated timeline from the research and development stage to commercialization, and now our focus will be scale-up, strategic alliances, and go-to-market partners such as restaurant chains,” Aqua Cultured Foods CEO Anne Palermo previously said in a statement. 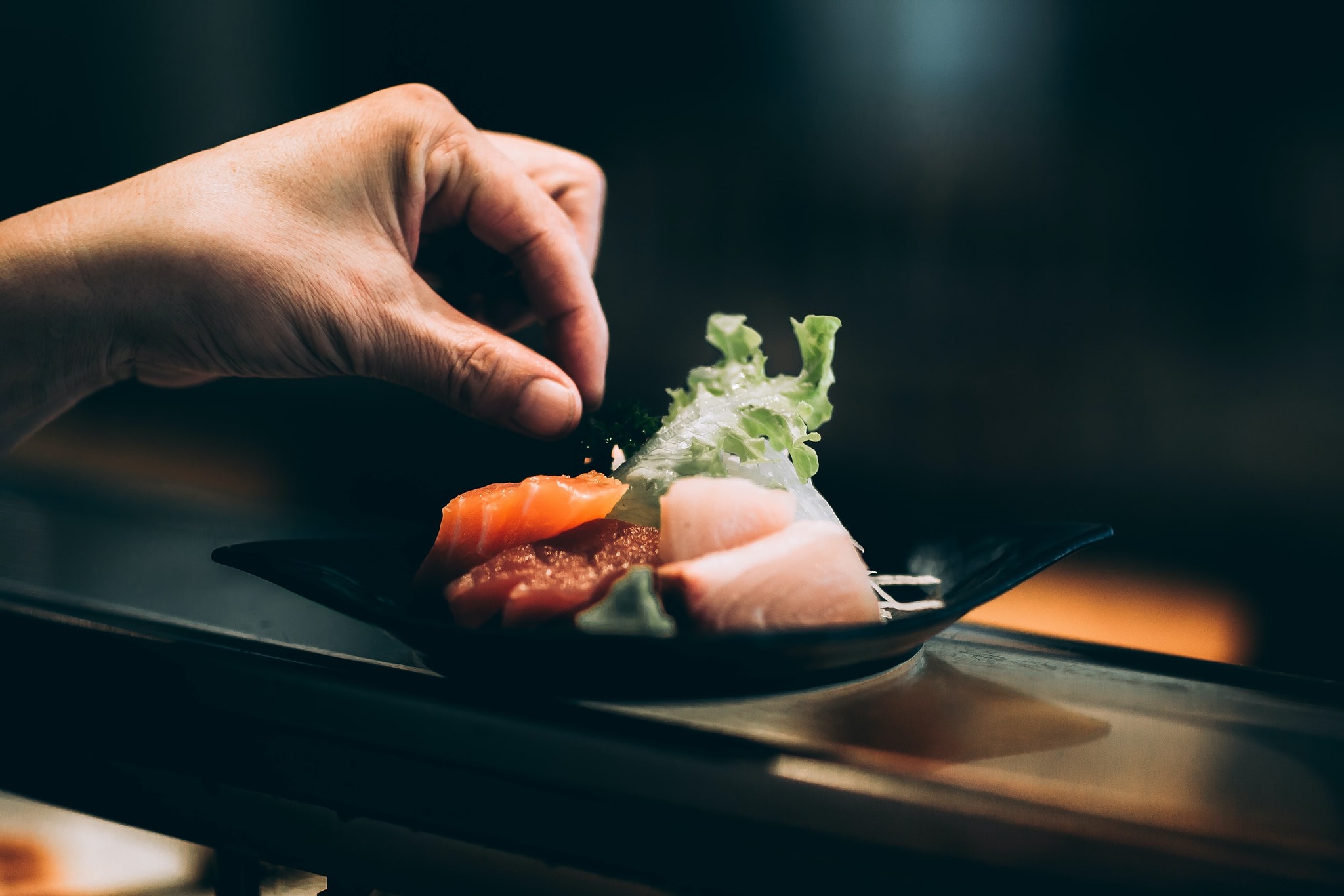 The startup’s latest launch is a minced dumpling filling for its future go-to-market Asian food partners. One of the company’s new options is a bulk shrimp alternative that can be seasoned, packaged, and co-branded by retailers or distributors. Aqua Cultured believes this sector presents another lucrative and highly accessible market opportunity because frozen dumplings are a staple in countries such as China, South Korea, and Japan.

The company has developed a shrimp filling, and plans to create other minced applications such as spicy tuna sushi rolls, seafood cakes/patties, and ravioli and cannelloni.

Similarly, another mycelium seafood project is underway in Copenhagen, where scientists are working with chefs at Copenhagen’s two Michelin-starred restaurant Alchemist to create a new seafood by growing fungi on seaweed. Funded by The Good Food Institute, the project’s goal is to demonstrate an innovative method of making sustainable foods through fermentation.

The project, headed by Dr. Leonie Jahn from the Technical University of Denmark and Diego Prado, head of research at Alchemist, will see the chefs experiment with fungi to eventually create whole-cut seafood. If successful, the product may be sold at the restaurant and could go on to be widely available for purchase.

“Our main goal with the project is to attempt to create a unique and delicious product that is good enough to be served at a fine-dining restaurant using natural ingredients, with seaweed providing flavors of the sea and the mycelium adding to an attractive texture,” Prado said in a statement.

The team is looking into how the texture of the filamentous fungi can be used to create a range of sustainable foods. The aim is to identify how different conditions can be used to alter the fungi’s texture, creating products ranging from scaffolds—which give structure to meat cultivated from animal cells—to animal-free foods that look and taste like meat.

“I will be fascinated to see the outcome of Dr. Jahn’s research,” Seren Kell, science and technology manager at the Good Food Institute Europe, said in a statement. “Seafood is an area where we urgently need to see innovation, and there are huge opportunities for companies and governments to invest in further research to develop plant-based and cultivated seafood that can help meet growing demand in a sustainable way.”