Proponents of sea moss—also known as Irish moss—have worked its benefits into mainstream health and wellness conversations. This red algae is most often found in supplements, pills, or gummy forms. Unlike nori or wakame, it’s not a seaweed that you want to use for sushi or salads. Sea moss may have exploded onto the health scene just a couple of years ago thanks to the likes of Kim Kardashian and viral TikTok smoothies, but it’s been valued for its nutrition for centuries. Superfood or not, we’ll try anything vegan once. Here are the health benefits of sea moss, plus four ways to use it. 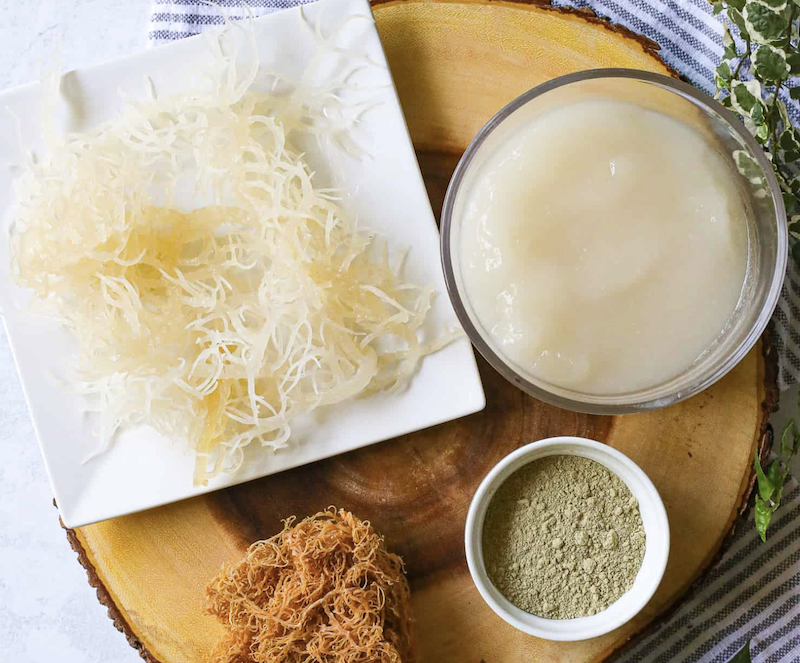 Sea moss, Irish moss, Irish sea moss, red seaweed, and Chondrus crispus are all the same thing—but it’s not moss. The ocean-dwelling specimen is an algae—a term used for a wide range of aquatic organisms with the ability to photosynthesize. All types of seaweed are also classified as algae, not plants. Regardless of what you call it, algae are vegan, so we can reap their benefits.

Sea moss grows year-round and is native to coastal North America and Northern Europe. It can be found on the surface of oceanic rock formations. Those who harvest sea moss typically do so by hand, using a long pole to pick off the leafy tops that would then be dried and processed.

Poverty-stricken populations have been documented to consume sea moss during times of food shortage. For example, during the Irish Potato Famine in the 19th century, people would make soups out of sea moss to supplement their nutritional needs; others would eat it straight, though it’s not particularly appetizing. This is actually how sea moss came to be known as “Irish moss.” It’s also used in a popular Jamaican blended drink that consists of sea moss boiled in milk with sugar, vanilla, cinnamon, and nutmeg.

Beyond providing nutrients in times of deprivation, sea moss has been touted as a health food for hundreds of years. It’s also been sourced to make carrageenan—a thickener commonly used in dairy and non-dairy milk, ice creams, puddings, and more.

Is sea moss good for you?

Like most foods that claim to be “superfoods,” sea moss has been characterized by a dizzying array of benefits. Of course, it’s best to take these claims with a grain of salt and realize that while it may very well provide a slight health boost, no food is a cure-all. That being said, here is what is said of sea moss benefits.

Like seaweed, sea moss is low in calories and fat but high in essential nutrients. Sea moss contains 92 out of the 110 minerals the human body uses in various concentrations. A 100-gram serving of sea moss contains just 49 calories but six grams of protein. It’s also high in fiber—a nutrient most Americans don’t get enough of. Fiber can aid in weight loss and maintenance and improve gut health. Other notable minerals in sea moss include vitamins B and C, magnesium, sulfur, manganese, calcium, phosphorus, and zinc. Again, the concentration of these minerals varies—sea moss isn’t equivalent to a vitamin.

Sea moss is rich in iodine, so eating large amounts of it may result in iodine toxicity, which could damage your thyroid. About 1,100 micrograms of iodine a day is considered excessive.

Some research has purported that sea moss can aid in digestion. A study published in the BMC Complementary Medicine and Therapies Journal found that sea moss exhibited prebiotic properties in animal test subjects. Researchers claimed it helped restore the microbiome and decreased the amount of “bad” bacteria in the gut. Anecdotally, sea moss enthusiasts have reported improved digestion, an uptick in regular bowel movements, and feeling “lighter” when they incorporate some form of sea moss into their diet. If you’re having tummy troubles, a daily dose of sea moss may be worth a shot.

Antioxidants are compounds that fight free radicals—essentially agents that trigger inflammation due to a stressor. Acute, or temporary, inflammation is natural, but chronic inflammation can lead to a host of issues such as type 2 diabetes, heart disease, arthritis, and cancer. Eating sea moss every day won’t make you immune to these diseases, but consuming high-antioxidant foods on the regular is an easy way to practice prevention and bolster your health.

Yes, sea moss is high in protein, but you don’t get much of it when consumed in supplement form, making the protein content negligible. Sea moss has been said to aid performance because it contains sufficient amounts of taurine—an amino acid associated with muscle-building. Its high antioxidant content may also benefit your workout by reducing inflammation and speeding up your recovery time, meaning you can train more often at the same or elevated intensities. 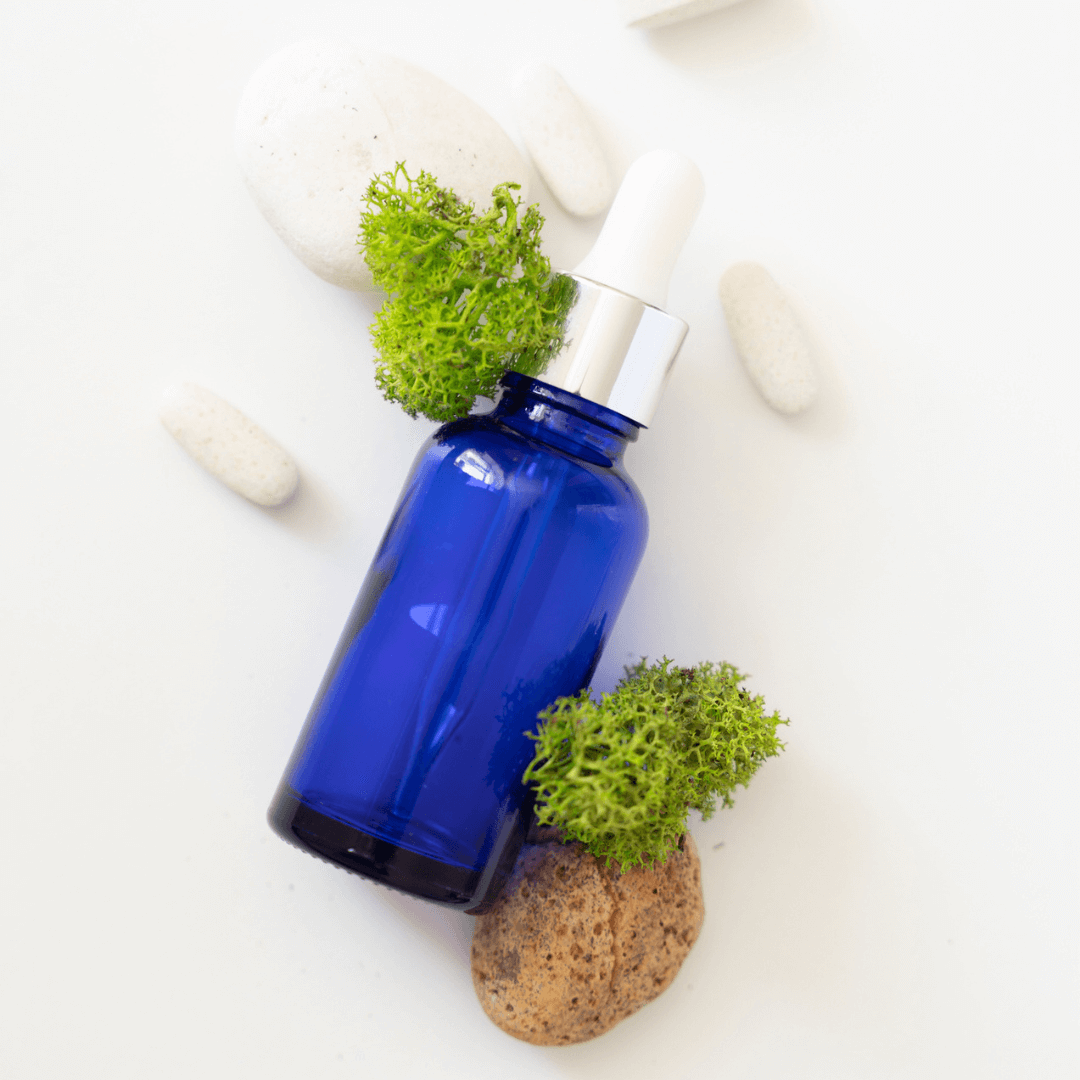 While related to seaweed, you won’t find sea moss near the nori sheets and kelp noodles. Sea moss is most often found in the supplement aisle of natural supermarkets in the form of a powder, gel, or capsule. 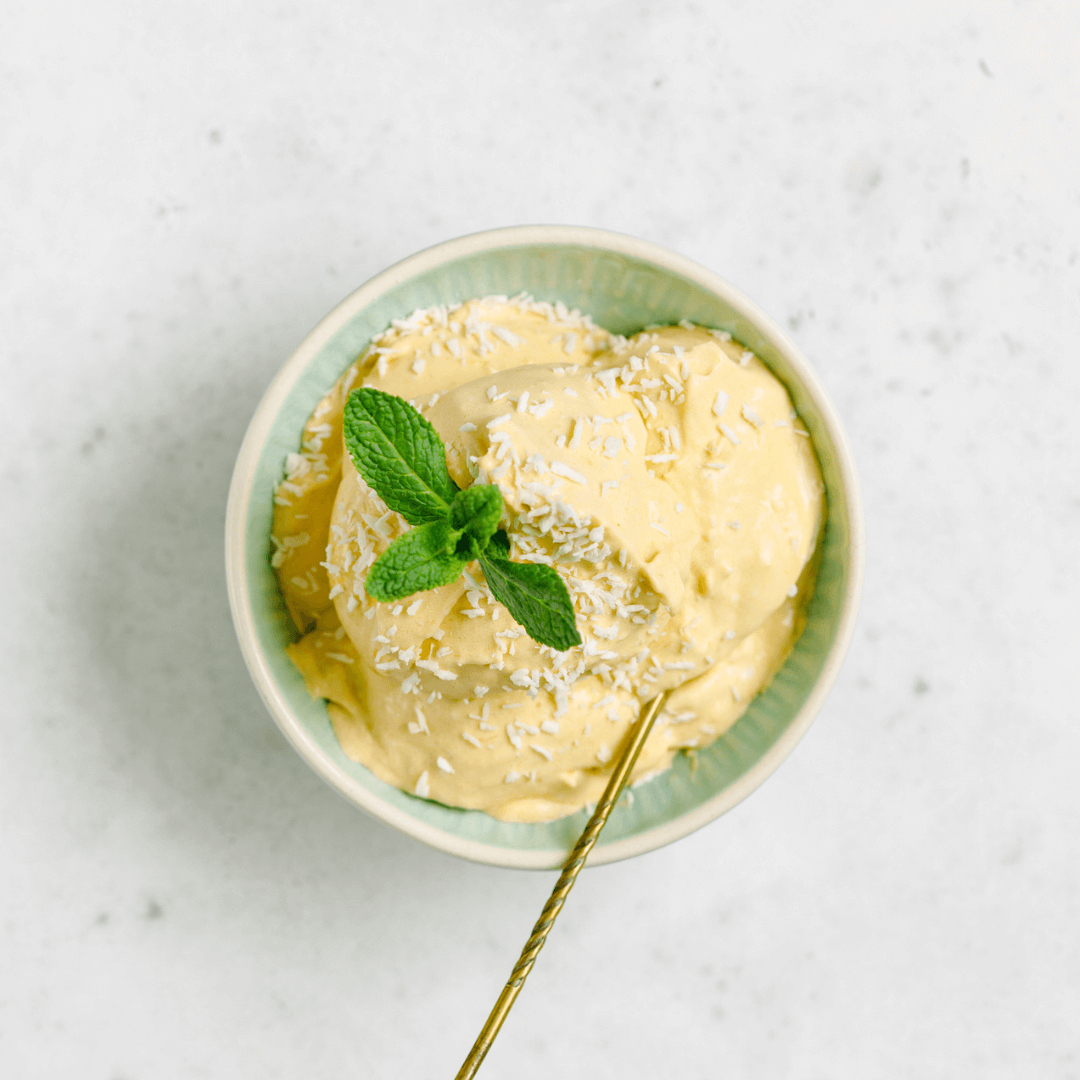 This raw vegan ice cream doesn’t cut corners—it calls for a real deal vanilla bean. You’ll have to freeze the mixture overnight, so be sure to allot this time before you plan on serving your sea moss-infused frozen treat.
Get the recipe 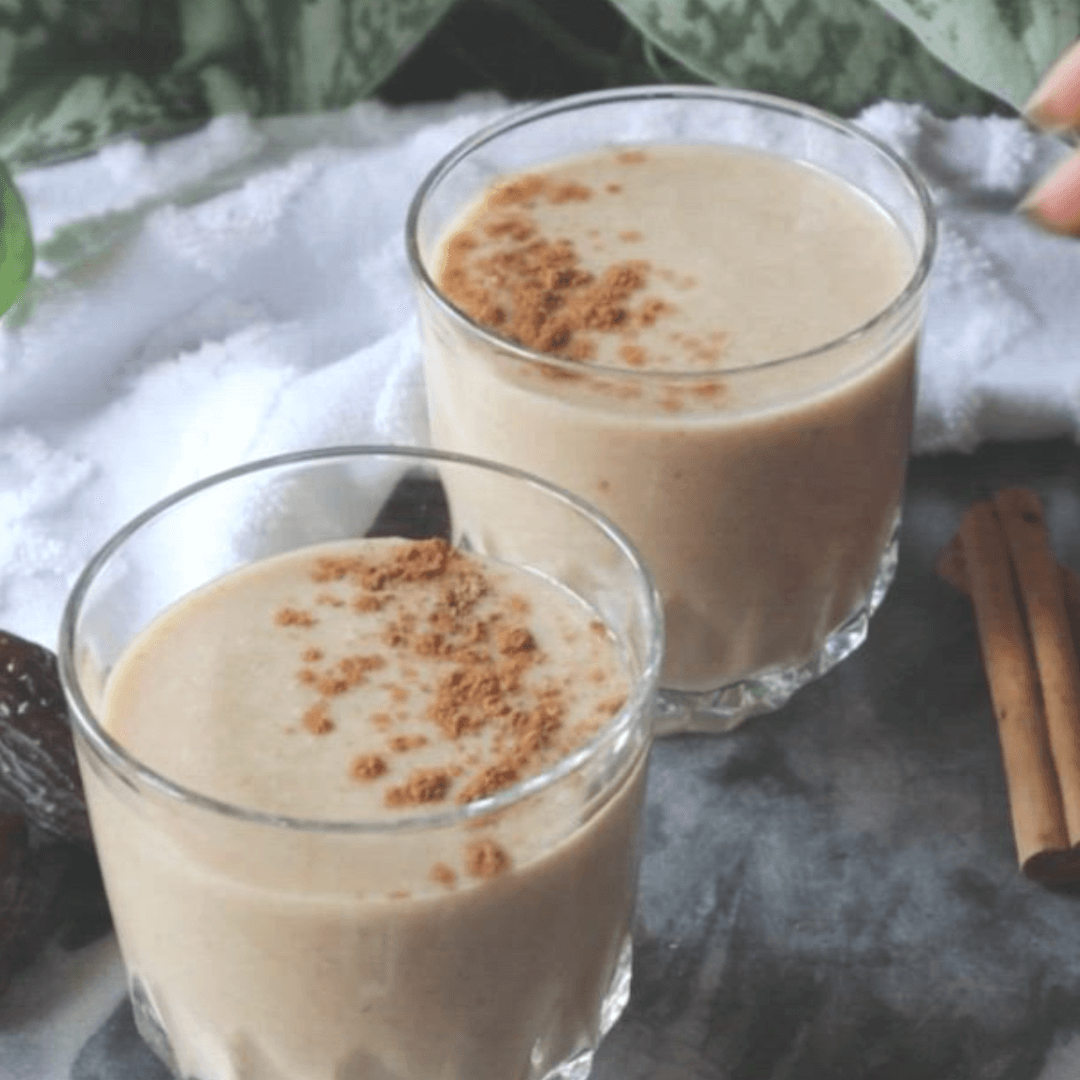 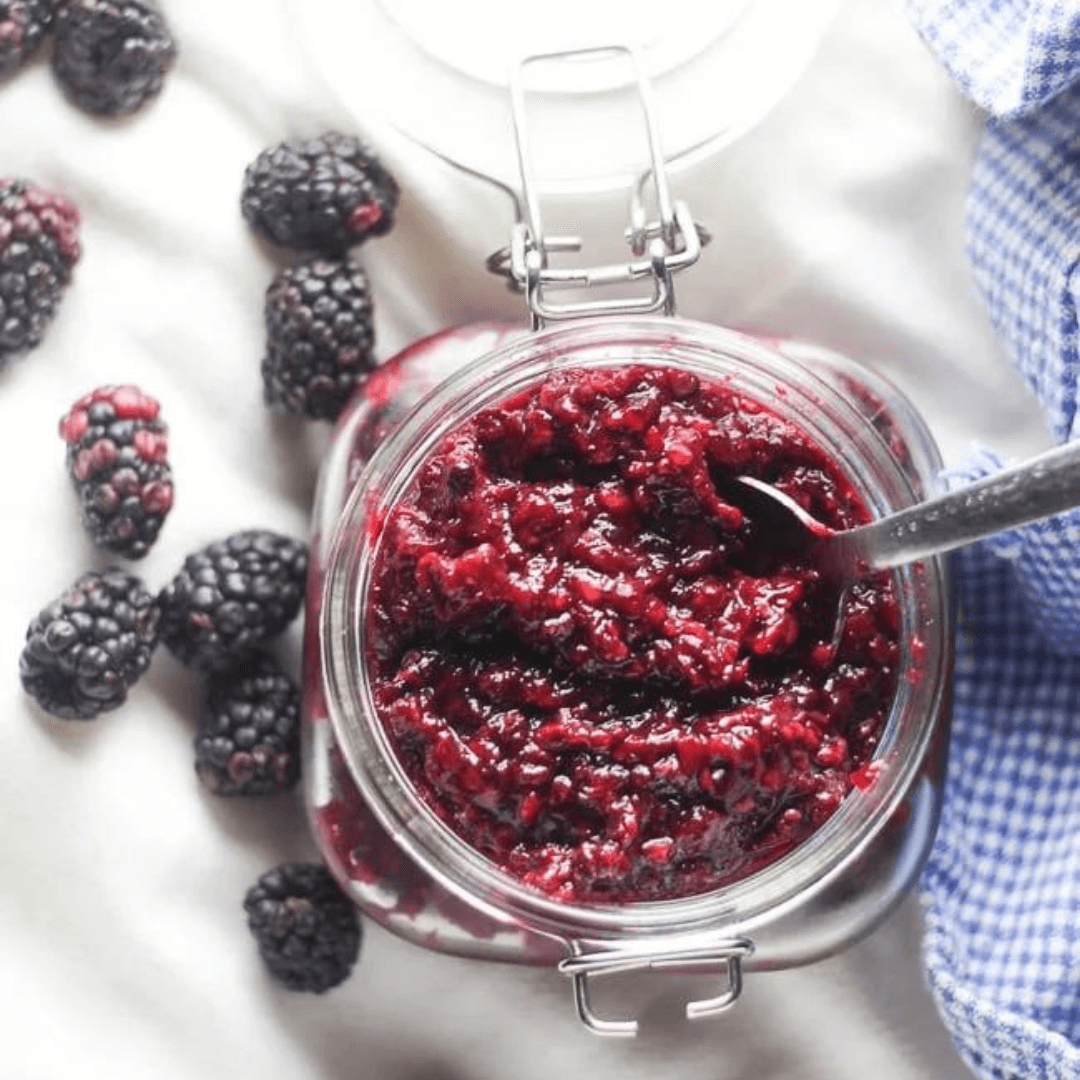 While low in sugar and high in fiber, this homemade jam packs a flavor punch. Try swirling it into your morning bowl of oats or liberally spreading it over just-toasted sourdough bread.
Get the recipe 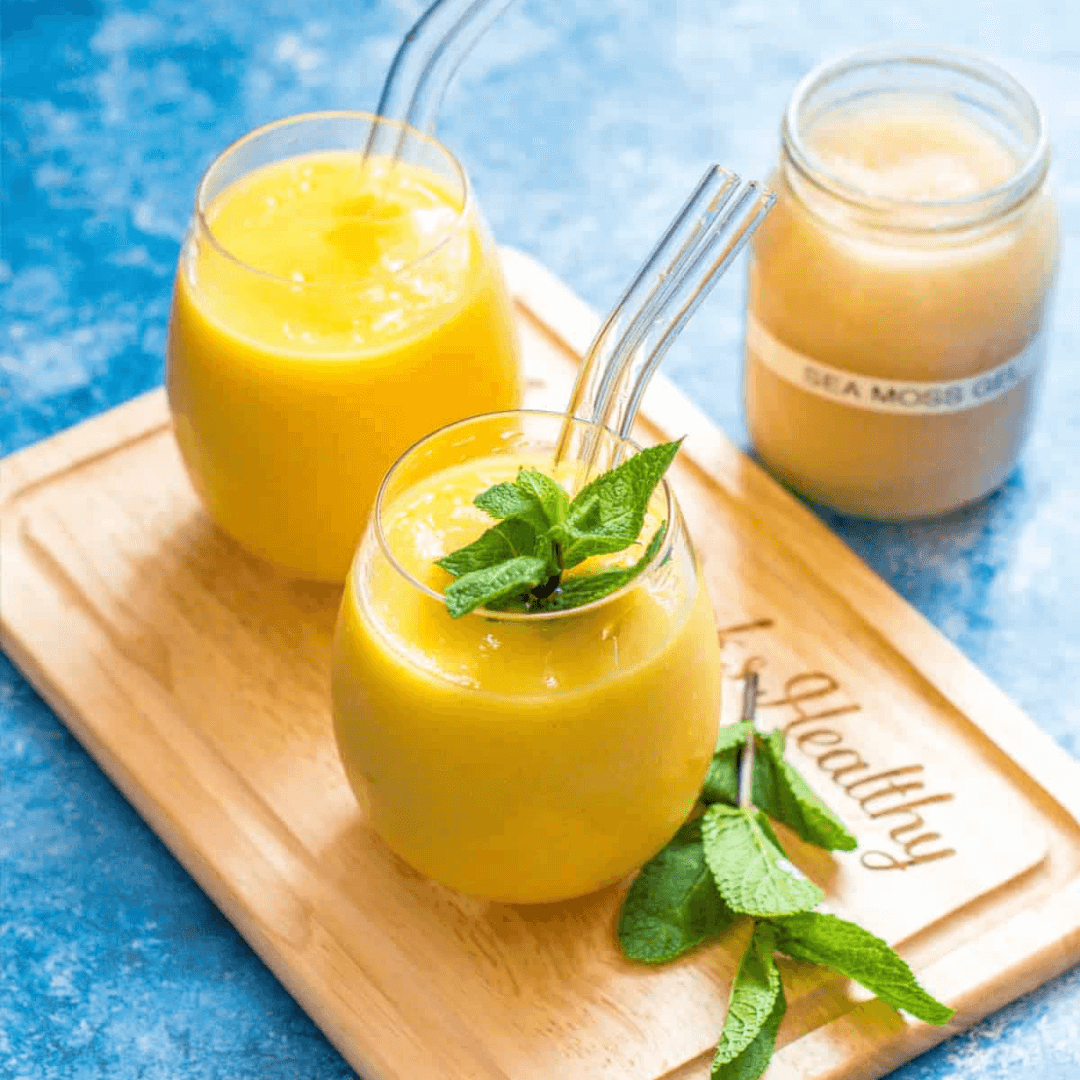 This tropical sea moss smoothie has a sunny, tropical flavor thanks to mango, pineapple, and coconut. A touch of fresh ginger adds just the right amount of spice.
Get the recipe

For more on vegan health and wellness, read: