Ever since the misunderstood monster in Frankenstein proclaimed: “I do not destroy the lamb and the kid to glut my appetite; acorns and berries afford me sufficient nourishment,” there’s been a connection between veganism and the horror genre. This Halloween, why not curl up on the couch with a fantastic film that will satisfy your hunger for horror? VegNews has collected the best frightening films with accidental vegan messages. 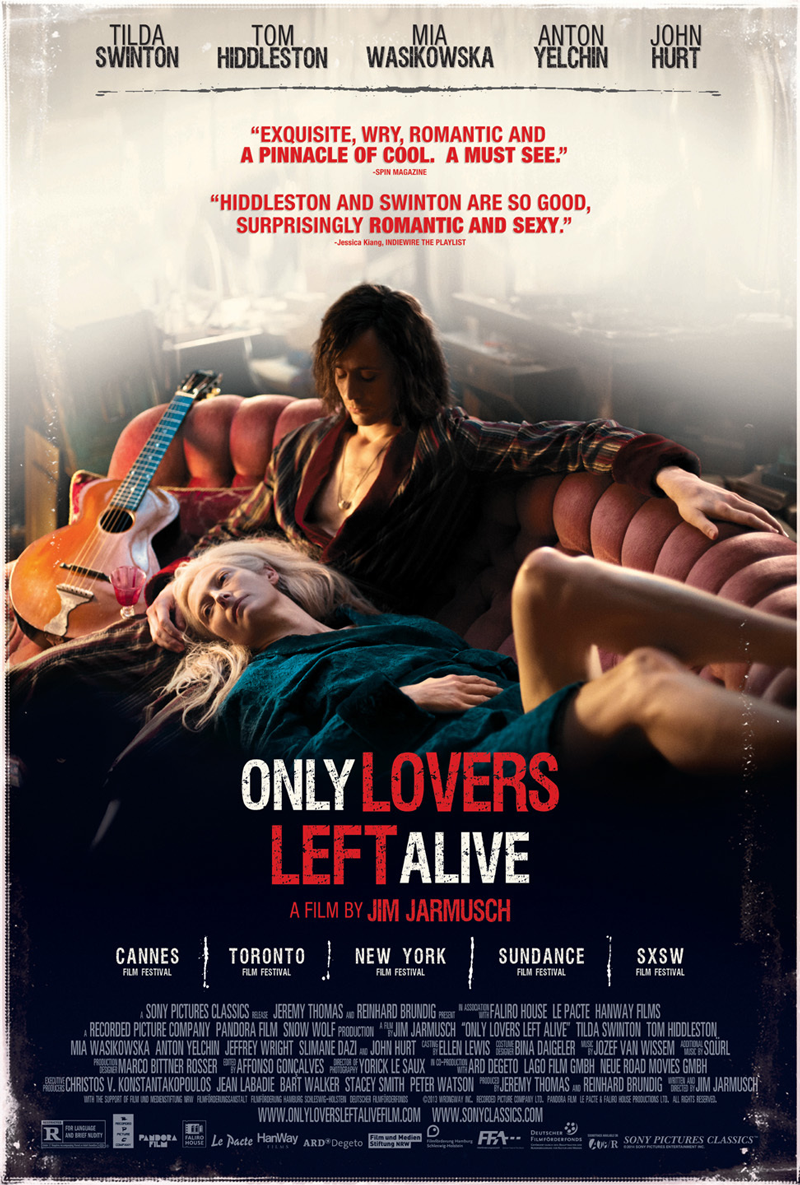 A contemporary movie about a married vampire couple, directed by Jim Jarmusch, Only Lovers Left Alive suggests that these undead humans have hearts (even if they don’t beat). Starring Tilda Swinton as the vampire wife, Eve, and Tom Hiddleston as her husband, Adam, throughout the movie we see these two seeking out blood to sustain themselves without hurting others. Unlike the animal-killing vampires in Twilight, this pair takes the cruelty-free route by securing bags of blood collected by doctors from willing humans. In fact, when Eve’s vampire sister comes to town and kills Adam’s friend for the sake of a snack, she is ousted from their home. It is only at the very end of the film, desperate for blood to sustain themselves, that the two make the difficult decision to bite into human beings. However, in the final scene of the film, the two agree not to kill their humans, only to turn them into fellow vampires. 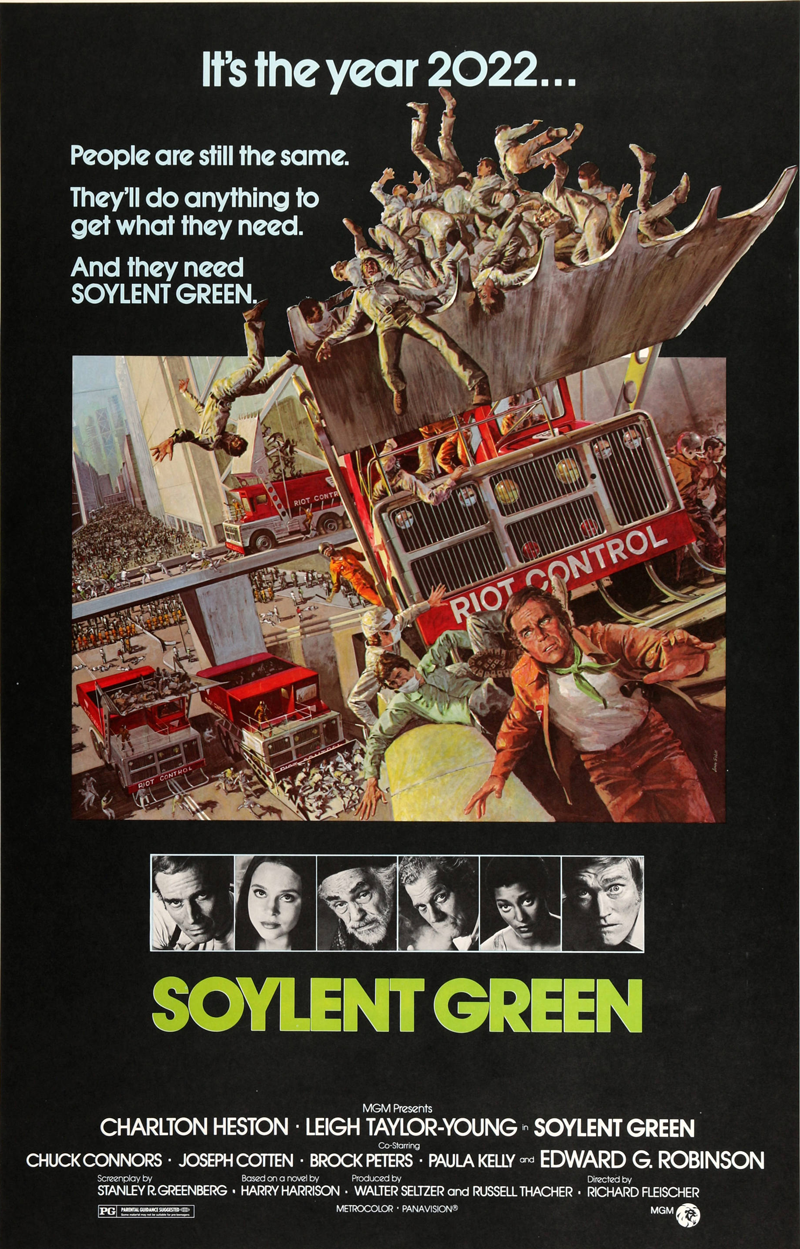 Made in the year 1973, Soylent Green paints a bleak and frighteningly accurate representation of life on Earth in 2022. It suggests that overcrowding, pollution, and the depletion of resources have meant that society has not been able to rely on traditional foods. Farmed animals have disappeared for the most part, not because of the compassion of human beings, but because the environment couldn’t sustain them. Plants are disappearing from the planet. People protesting the lack of food are collected by the police using “scoops,” similar to the massive tractors sometimes mercilessly used to move injured cattle by farmers. It is humans that are now being farmed. A food is being distributed to the masses called “Soylent Green.” And it hides a secret. We follow detective Thorn as he investigates a murder and uncovers the truth of Soylent Green: it is made from the bodies of people who have passed on. “The ocean’s dying,” he laments. “Plankton’s dying. It’s people. Soylent Green is made out of people.” 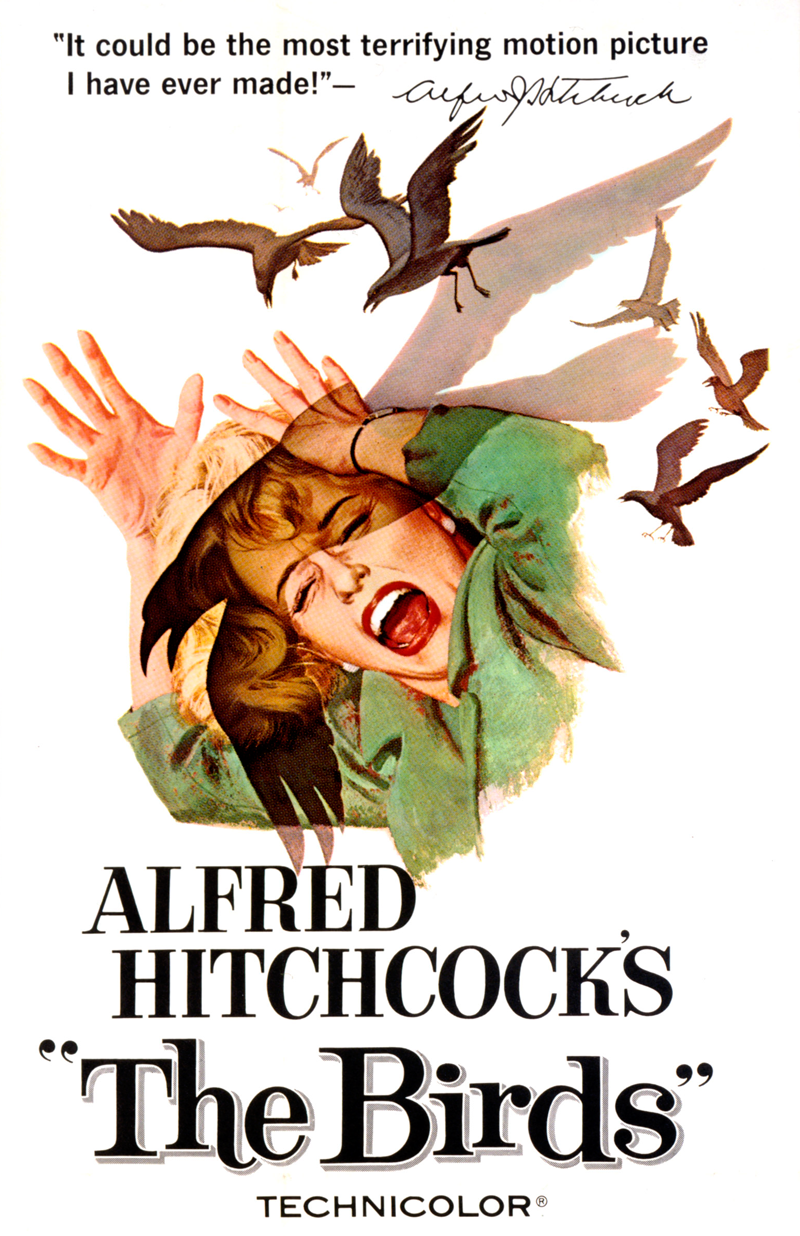 Was director Alfred Hitchcock secretly an animal activist? His 1963 classic The Birds makes it clear that we shouldn’t keep birds in cages. The film opens with the female lead, Melanie, among all of the caged birds in a pet store. She meets a new hot friend, Mitch, in the shop, and then purchases a pair of lovebirds who she totes around in a cage while wearing a fur coat. She sneaks into the hot guy’s house to leave the birds, as a prank. It’s then that the birds come after her, with a gull pecking her head as she makes her escape. Soon, many birds come together, attacking the people of the town. A woman tells Melanie that this all started when she got there. Yeah. With the caged birds. Melanie has been playing games with the birds—but in the end, it’s the birds who trap Melanie. She and the hot guy’s family board themselves up in their house (kind of like a cage). In the end, they escape, but we bet Melanie won’t be using birds as pawns in her little games anymore. 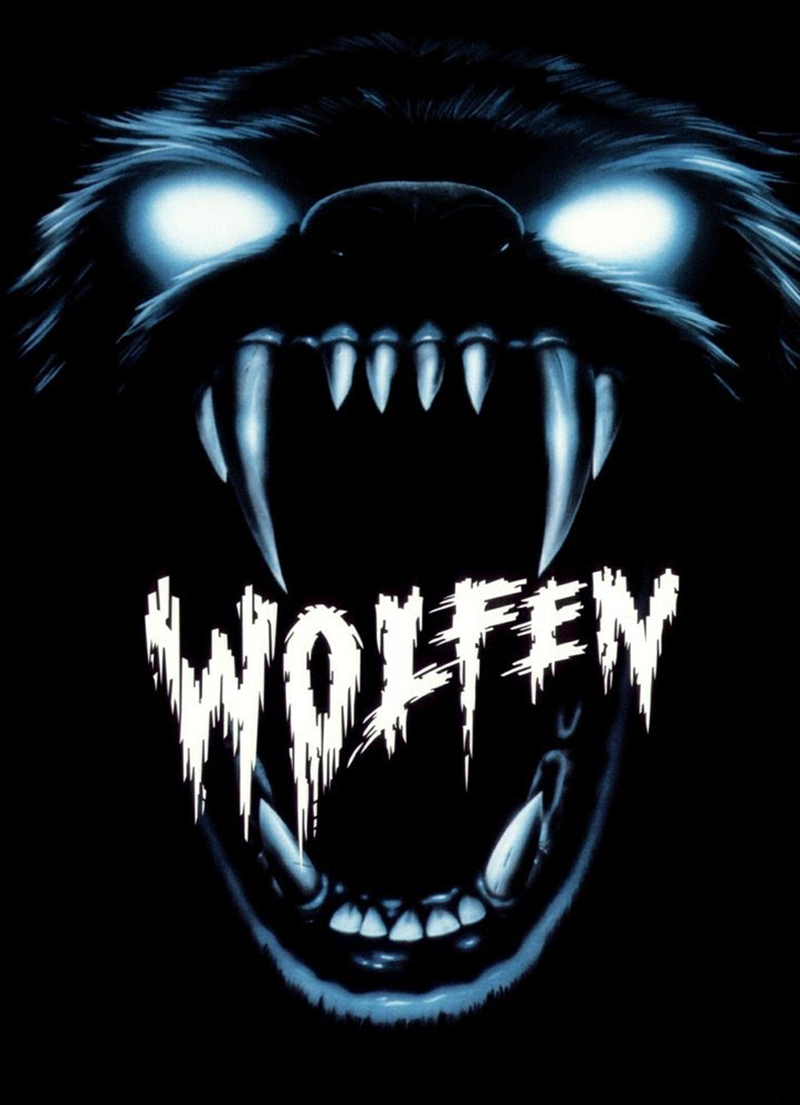 Run-down and graffiti-covered, the New York cityscape of the 1980s plays a major role in this horror flick that contemplates what the repercussions of gentrification are. It begins with a lavishly-living socialite couple, the Van Der Veers, losing their lives in a mysterious attack. Mr. Van Der Veer was a developer, placing modern buildings where there is now rubble. As it turns out, those run-down expanses of New York City are the habitats of wolves who were driven out of their natural homes by humans. Desperate to protect their new grounds, the wolves took on the developer himself, and his fur-wearing wife. In a spellbinding scene at the end of the film, the detective on the case finds himself surrounded by the wolves in the Van Der Veer offices. Realizing why the wolves are there, he destroys a model of a development that is in the works. The wolves howl and disappear into the night, making it crystal clear that they only killed the Van Der Veers to protect themselves from humans who were threatening their habitat.

Maya Gottfried is the author of the books Vegan Love: Dating and Partnering for the Cruelty-Free Gal and Our Farm: By the Animals of Farm Sanctuary.

All the Times Pamela Anderson Got Naked … For Animals

by Tanya Flink and Rachel Krantz

These 10 Fish Facts Will Make You Swear Off Seafood Forever