Halloween is just around the corner—but many of the those sweet treats handed out to costumed kids turn out to be terrifying tricks. Forget the ghosts and monsters; the real fright lies in the ingredients list of some of the most popular candies around. Once you learn the truth behind those deceptively sweet confections, you may never look at Halloween candy the same way again.

Not all Halloween candy is vegan, so it’s important to scan ingredient labels for animal ingredients. The five most common animal-based ingredients in candy include carmine, milkfat, confectioner’s glaze, gelatin, and honey.

Luckily, there are vegan alternatives to these cruelly begotten animal ingredients commonly found in Halloween candy.

Keep reading to learn the terrifying truth behind the origins of these animal ingredients.

These five animal-based ingredients are lurking in Halloween candy, and the truth behind how they’re made will horrify you. 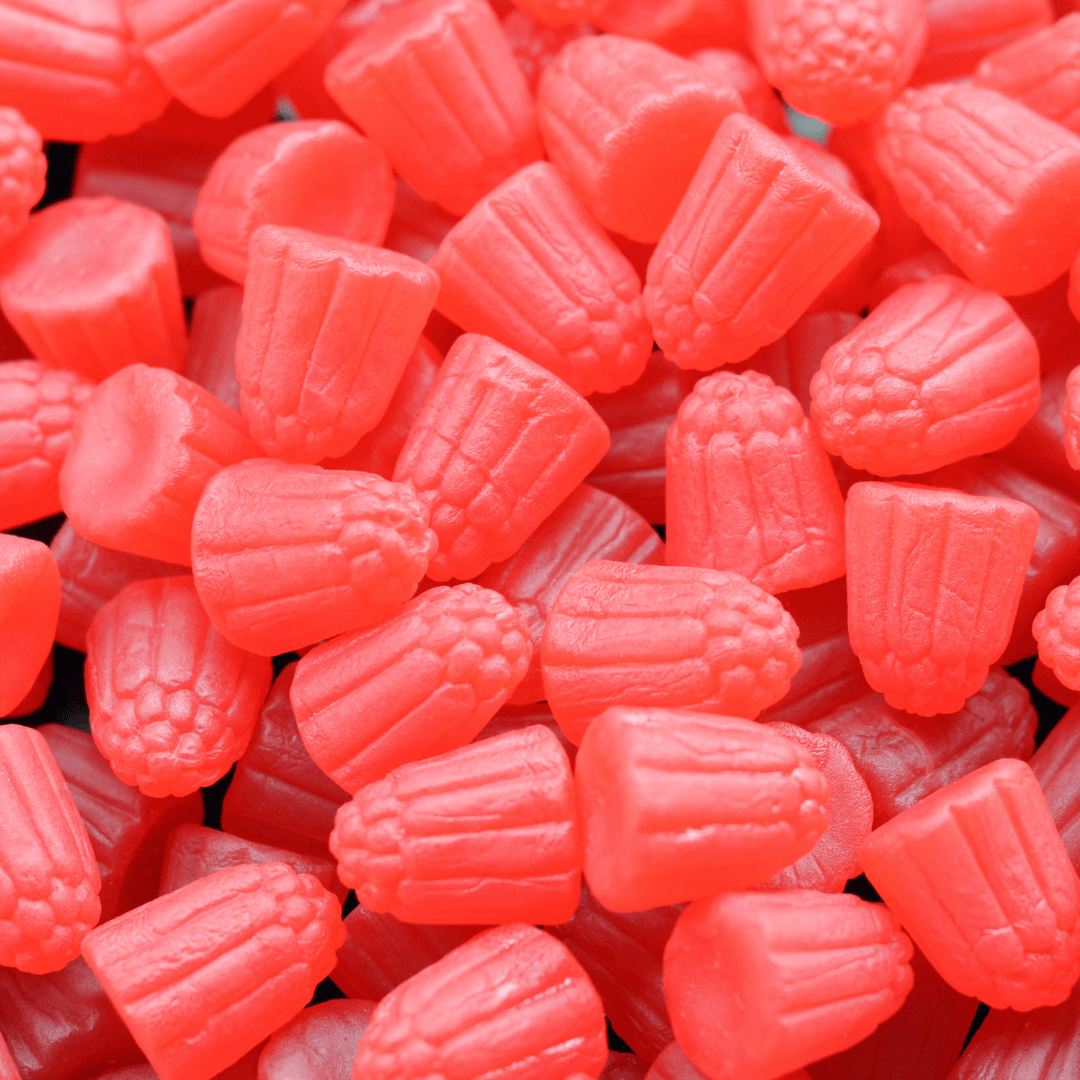 Crushed insects used in children’s candy sounds more like the terrifying plot of a horror film than a factual report on the state of Halloween treats, but it’s the cruel reality. Hidden behind names on ingredient lists including “carminic acid” and “Natural Red 4,” carmine is the innocuous sounding dye that is actually extracted from little dead bodies.

Found on cacti in South America, Mexico, and the Southwest United States, Cochineal insects may not be as familiar to us as ants or ladybugs, but they are everywhere in our grocery stores (as well as in makeup), crushed and used for a dye. The red coloring that is created as the result of their death is found in many Halloween sweets. So stay safe from these frightful foods, and stick with vegan candies for trick-or-treaters.

Veganize it: Looking for treats in a blood-red shade without the gore of carmine? Try fruity Cherry Twists from Twizzlers. 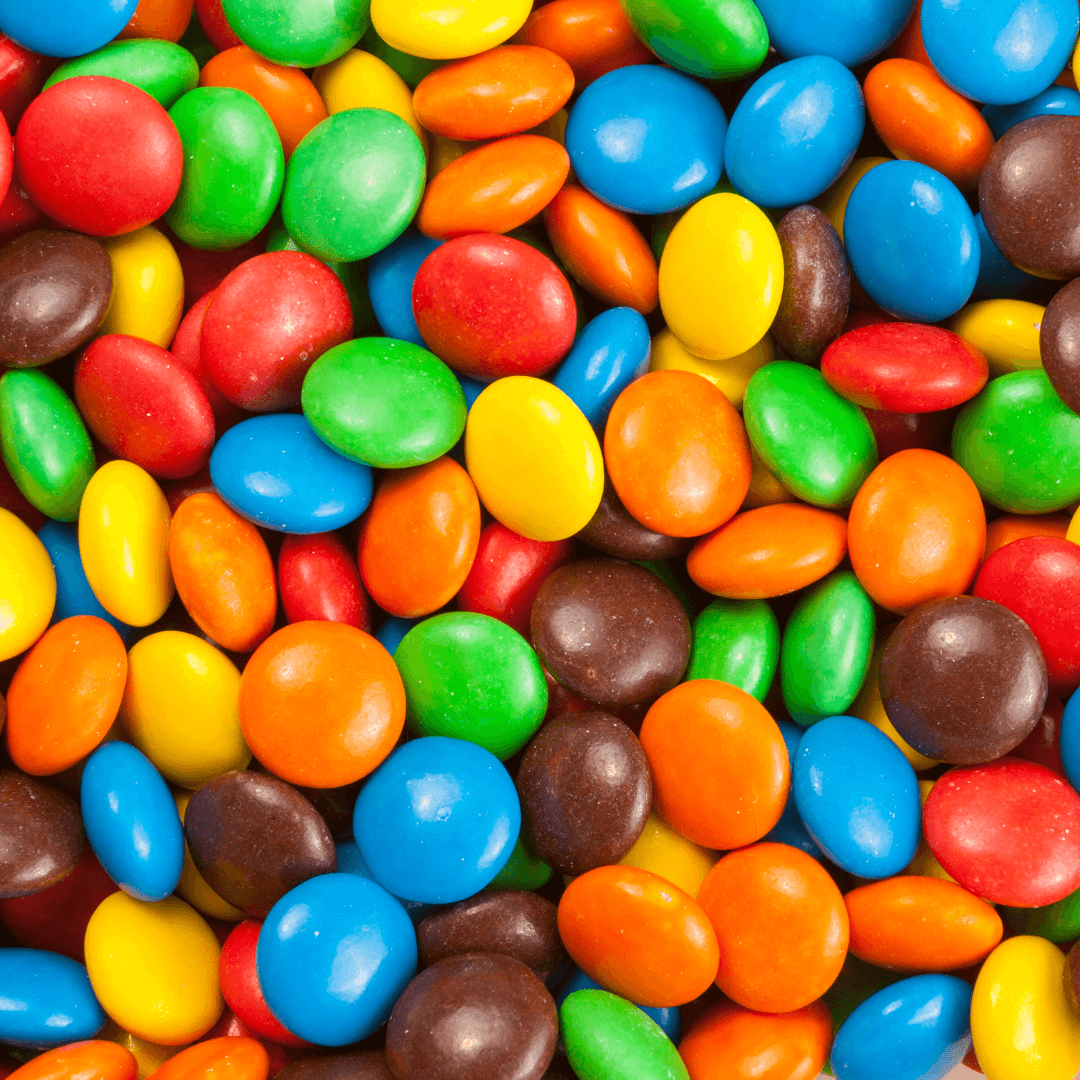 Found in many traditional chocolate Halloween handouts such as M&Ms and Snickers, milkfat is the end result of a cruel and painful process that includes the slaughtering of young calves and the tortured existence of mother cows who have seen their babies stolen from them over and over and over again.

This is the reality of the dairy industry, and the truly terrifying way that milk, and then milkfat, is made. The seemingly simple ingredient, like the scalpel in horror movie villain Hannibal Lecter’s hand, appears small on that long list of ingredients. But it represents some very big and very real cruelties that impact living, breathing, feeling beings. Even on small farms that hide behind a bucolic facade, terrible treatment is a daily reality in the production of milk.

Veganize it: For the sweetness of chocolate minus the milkfat, try vegan Endangered Species bars instead of the cruel classics. 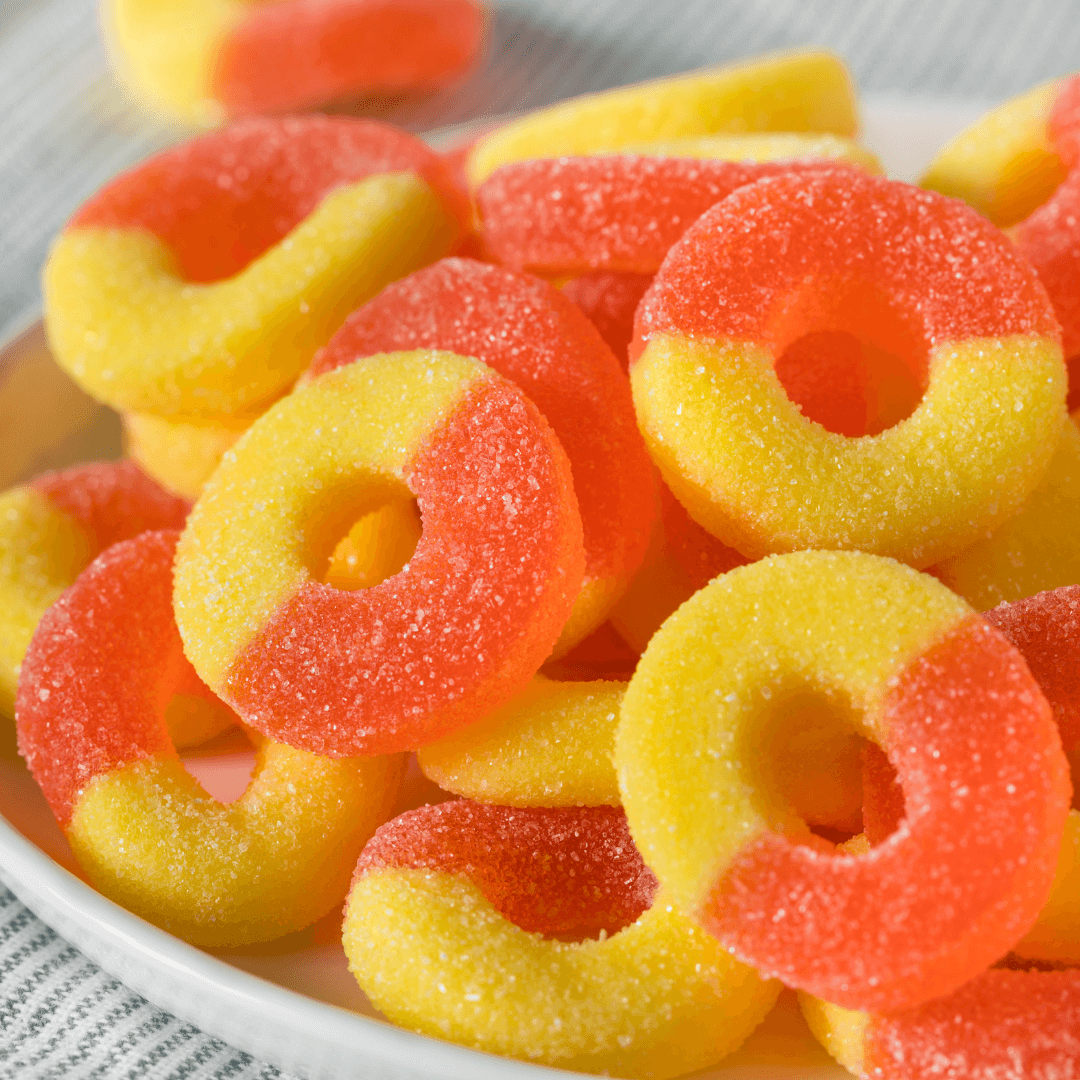 It sounds like the most innocent ingredient, but like the super-sweet scenes that open the most frightening horror films, confectioner’s glaze comes with a terrifying story.

That supposedly tempting topping on candies is actually made from the secretions of an insect known as Kerria lacca. Included in the cruel concoction that is made from the “lac” that the insects produce are parts of the bodies of Kerria lacca who have died. This morbid glaze is found on popular candies including many jelly beans, hard candies, and some chocolates.

Veganize it: For a cruelty-free sweet and sour candy, try the perfectly vegan Halloween classic, Smarties. 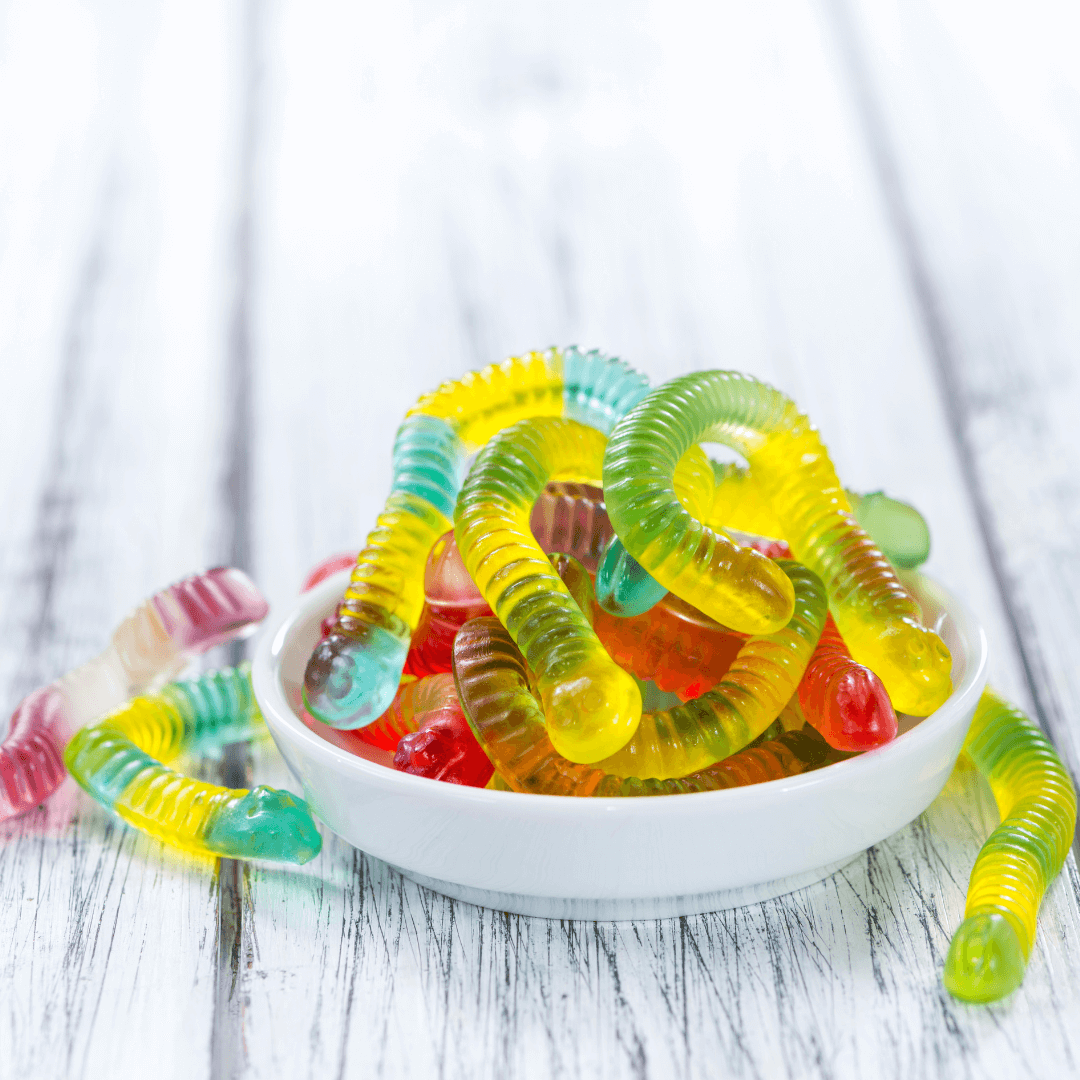 If people knew they’ve long been given the bodies of slaughtered cows as Halloween treats, they would likely scream out in horror.

Gelatin is made from the bones, horns, boiled skin, and tendons of dead animals, including pigs and cows. After suffering a cruel death as part of the meat industry, the animals’ bodies are then further decimated … and made into the scariest candy imaginable.

Candy corn, Junior Mints, and most sweets containing marshmallows hide this frightening ingredient that we think should be subject to a warning label.

Veganize it: For a happy Halloween, stick with vegan versions for holiday treats, like Free2b’s Dark Chocolate Mint Cups. 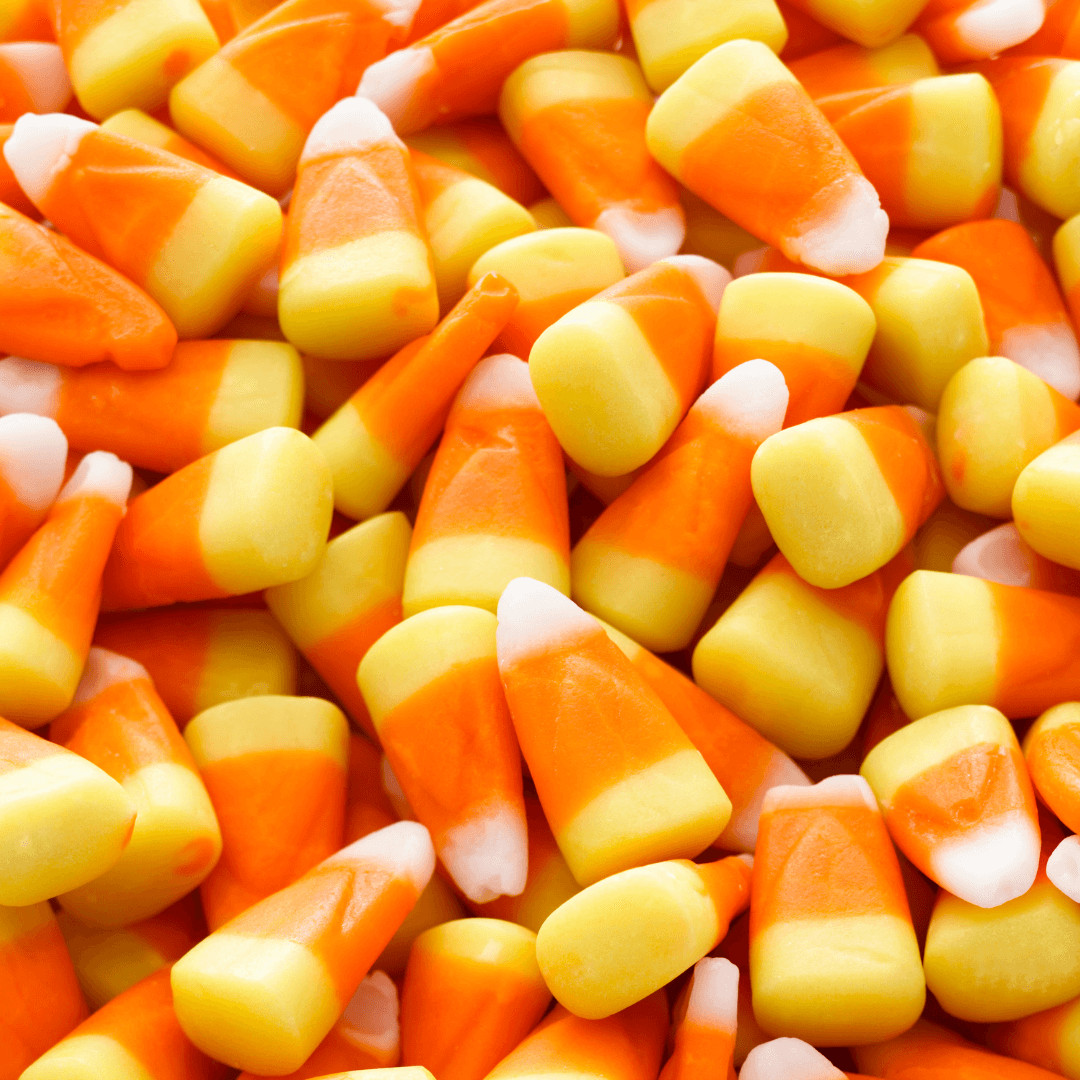 The classic Halloween go-to, candy corn, may appear to be a fun little bite-sized treat, but those deceptively cute candies contain not only cruel gelatin and confectioner’s glaze, but also honey.

Though the word “honey” is used by many as a term of endearment, the process of producing it is not sweet for bees. Due to the great demand for honey, bees are subjected to terrible cruelties in the interest of cost-effectiveness. The honey that bees require for their survival is taken from them, and frequently replaced with a sugar substitute that does not offer the nutritional value of their natural sustenance. Even in small honey operations, handlers often cruelly cut off the queen bee’s wings. Many bees who are kept for honey are also killed, either in the interest of saving money, or from rough handling.

Veganize it: For bite-sized sweet treats, opt for vegan Swedish Fish instead of the cruelty of candy corn.

There is a lot of candy built on suffering lurking around corners, but don’t let these frightful ingredients scare you out of having a fantastic Halloween. Check out the VegNews 2022 Guide to Vegan Halloween Candy and indulge in cruelty-free candy to your heart’s content.