Last summer, California-born Beyond Meat tripled its production measures to keep up with the demand for its succulent vegan beef patties. Since the brand debuted its Beyond Burger in 2016, it has expanded to 58,000 points of distribution, including most major restaurant chains. Among rising concerns about the effects that animal products have on our health and the environment, an increasing number of people are vying for plant-based options such as the Beyond Burger. Though these vegan alternatives are immensely beneficial in many ways, there’s been a long-standing debate over whether the most-talked-about vegan foods are actually beneficial to one’s health, so we did the research for you. Read on to find out which trends are truly good for you. 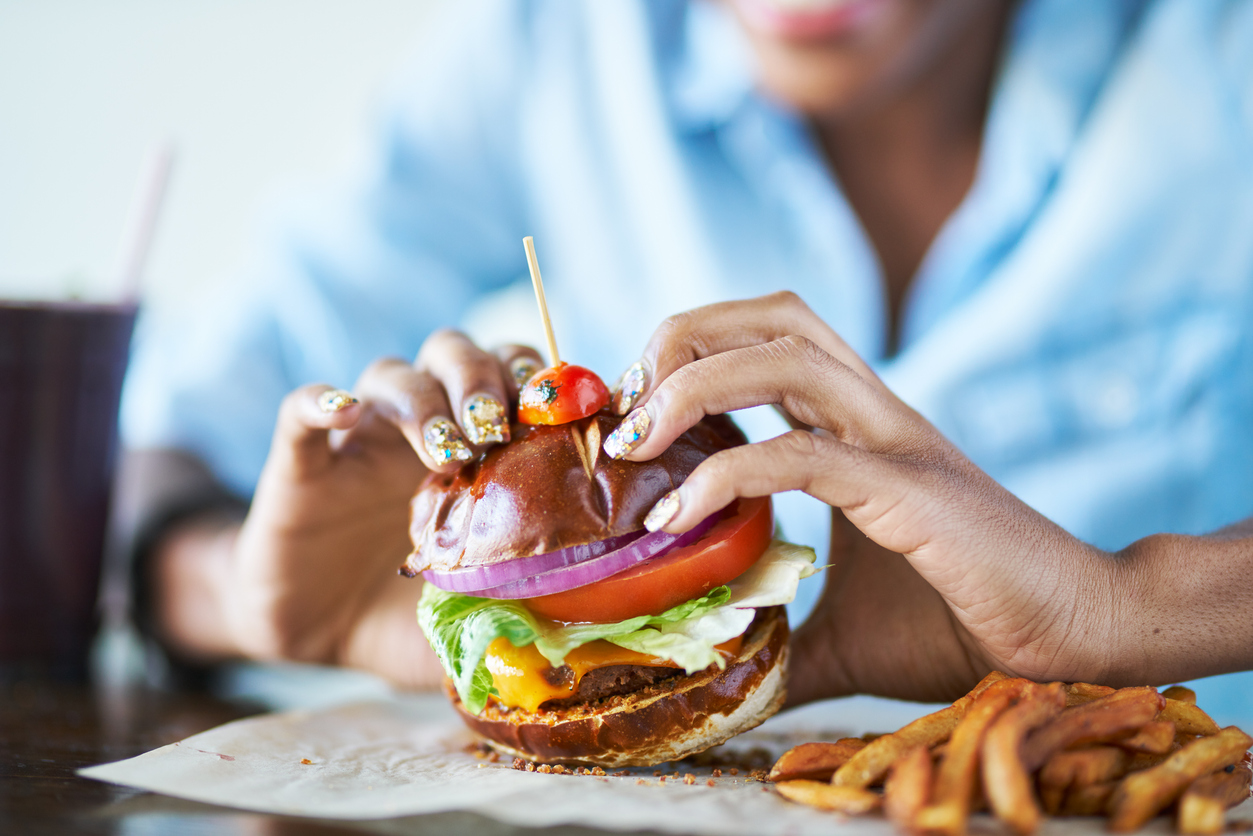 1. Ultra-real vegan meats
Though having an option that’s not a grizzly beef burger at your family BBQ is certainly convenient, some ultra-real-seeming vegan meat options are not much better for you nutritionally (they’re still burgers, after all). According to Chinese food expert Fuchsia Dunlop, today’s “bleeding” burgers have the same purpose as Chinese Buddhist imitation meats: enabling people to eat vegan food without making dramatic changes to their eating habits. Traditional Chinese vegan meats were made from tofu and mushrooms, whereas many Western products are made of processed ingredients such as protein isolates. Overall, the choice between a meat burger and a plant-based burger should be an easy one if you consider the health of the environment, the animals, and your LDL cholesterol levels—it’s significantly better for all three! But next time you’re tempted to grab a quick, pre-made burger at a fast-food joint, though, consider making or buying a meat-free alternative made strictly from veggies first. 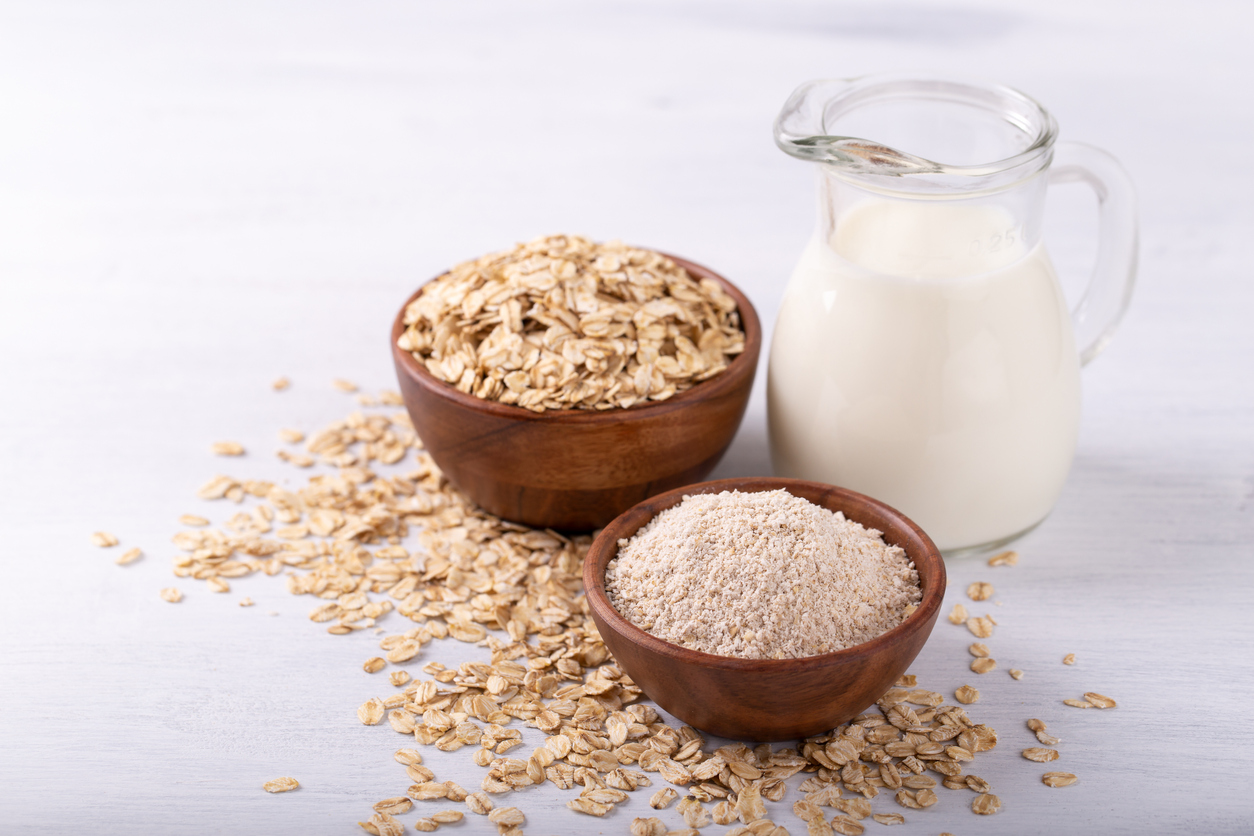 2. Oat and pea milks
Pea and oat milk have exploded in popularity as the non-dairy lover’s substitute for cows’ milk in coffee-based drinks. Nutritionally speaking, they both offer much more than regular cows’ milk. Cows’ milk contains 8 grams of protein per cup, according to the United States Department of Agriculture, and pea milk (and soy) is equivalent protein-wise. Oat milk is generally higher in calories, carbohydrates, and fat, but its fiber content helps you feel fuller after drinking it. Though it’s important to know that nutritional content can vary from brand to brand of non-dairy milk, overall this vegan trend proves to be fantastic for your health. 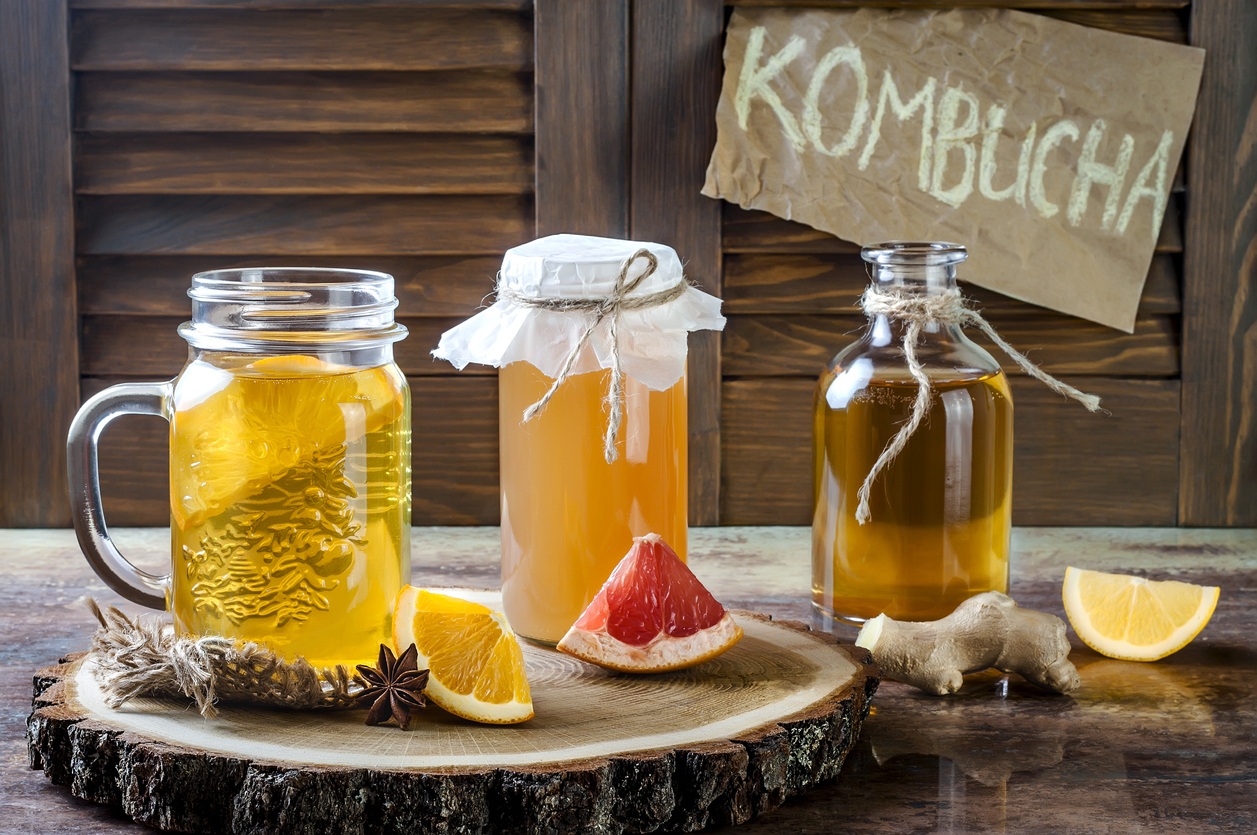 3. Gut-friendly foods
Tempeh (another great alternative to animal meat), kombucha, sauerkraut, kimchi, and many other fermented foods have skyrocketed in popularity in recent years. Health-conscious consumers are now aware that what we eat—especially foods that contain chemical additives and ultra-processed ingredients—affects our gut environment and our mood. What we eat can also increase the risk of disease. Experts can’t really be sure if some of the bacteria in fermented foods reach the gut, but in countries where fermented foods are eaten regularly, people have better gut health and less bowel disease. Either way, it’s important to eat a wide range of plant-based foods since a healthy gut has a diverse set of microbes. So, eating more probiotic foods, fruit, veggies, pulses, nuts, and whole grains to feed your gut bacteria is preferred. Gut-friendly foods can only help you be healthier, so what’s not to like about this trend? 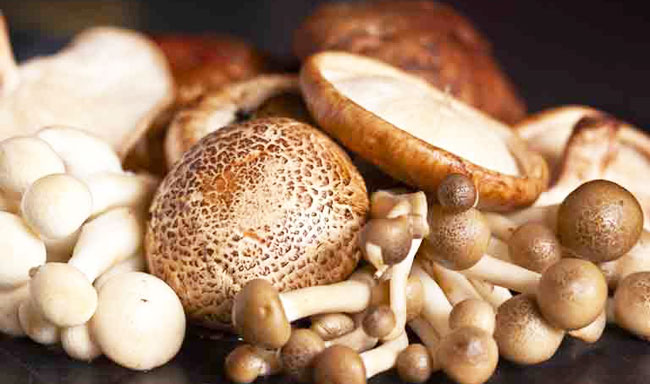 4. Mushrooms
Mushrooms are commonly used as an alternative to animal meat—they can be mixed into a dish to mimic the meaty texture or used wholly as a replacement for a meat patty in a sandwich. Belonging to the fungi kingdom, mushrooms provide lots of essential nutrients such as rich B vitamins, folate, potassium, and selenium. They’re also incredibly low in calories, with just 15 of them in a whole cup. Keep in mind that if you’re looking to use mushrooms as a source of protein in your meal, you’re better off cooking other high-protein plants alongside them, such as beans, tofu, or seitan. Holistically speaking, they’re a better alternative to processed vegan meat products, but make sure you’re adding adequate amounts of calories and nutrients to make a complete meal. 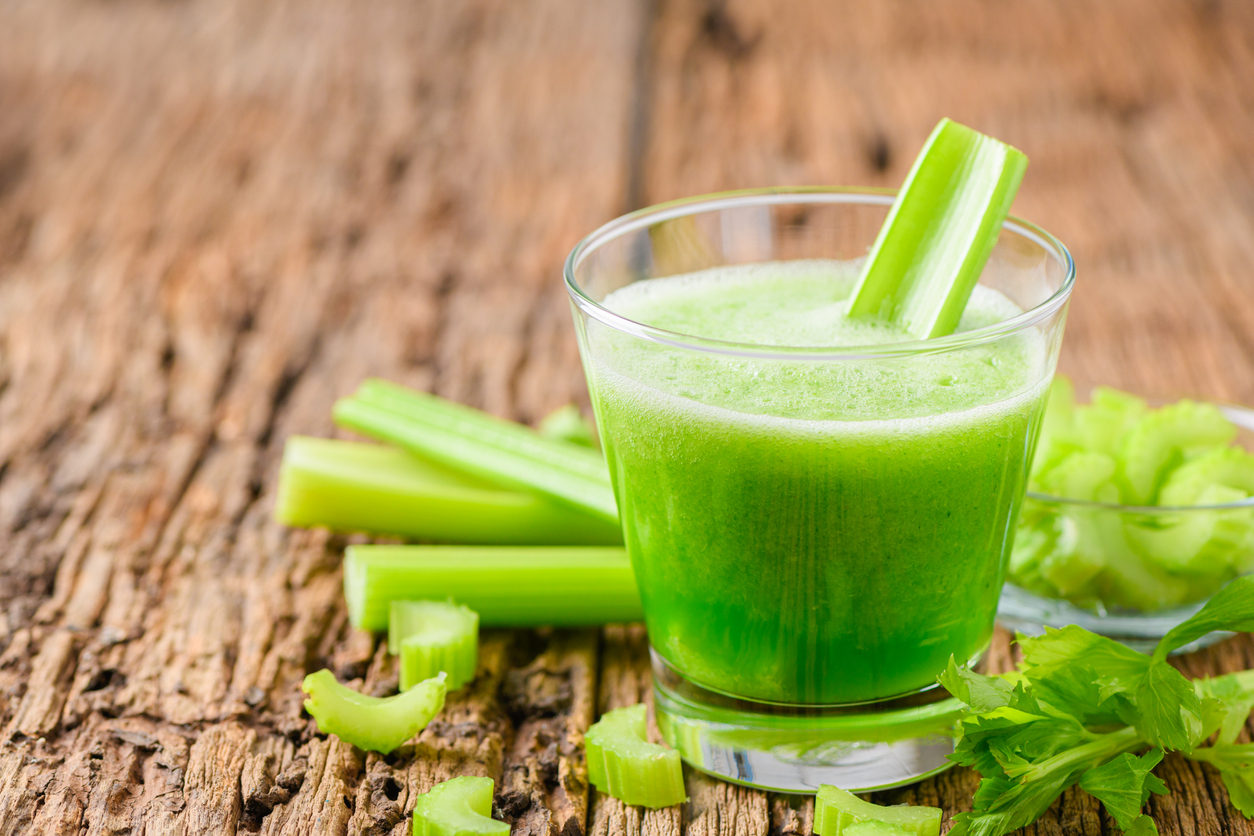 5. Celery juice
Whether drinking celery juice has the true healing powers it’s said to or not, it’ll still be the most debated health trend of 2019. Celery juice became a phenomenon after Anthony William, the Medical Medium, began preaching about its benefits. Now the self-proclaimed leader of the global celery juice movement, Williams continues to claim that “millions of people are healing thanks to drinking 16 ounces of straight celery juice on an empty stomach every day”—a specific healing practice that he’s been recommending since 1975. Few studies have investigated the health effects of celery juice, but it does contain many phytonutrients (vitamins K, A, B2 and B6, C, folate, and manganese are among them). Two compounds contained in celery called apigenin and luteolin are believed to help treat inflammatory diseases, too. So, whether or not celery juice will improve your health might depend on how much you believe in the Medical Medium’s opinions of its healing powers. 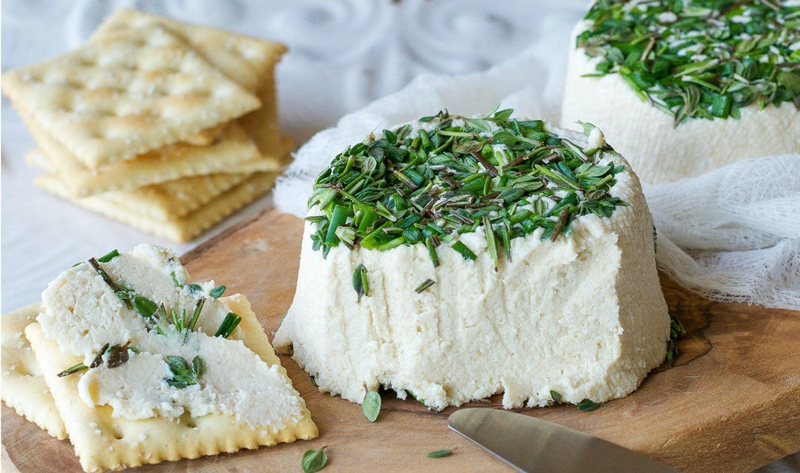 6. Vegan cheese
With more vegan cheese options on the market than ever before, fulfilling a dairy-filled craving or mimicking the flavor of dairy cheese is a much easier task. Though some versions are weaker in nutritional value than others, vegan cheese is ultimately better than its dairy-based counterpart because it is lower in sodium and saturated fat. Ingredients such as refined oils and starches make up most of the dairy-free options in restaurants and grocery stores, leaving them void of any substantial nutritional value. However, minimally processed versions offer more: fiber, healthy fats, and micronutrients are contained in vegan cheeses comprised of nuts and seeds or cooked veggies and spices. Much like veggie burgers, making your own vegan cheese is generally a more nutritionally sound option. 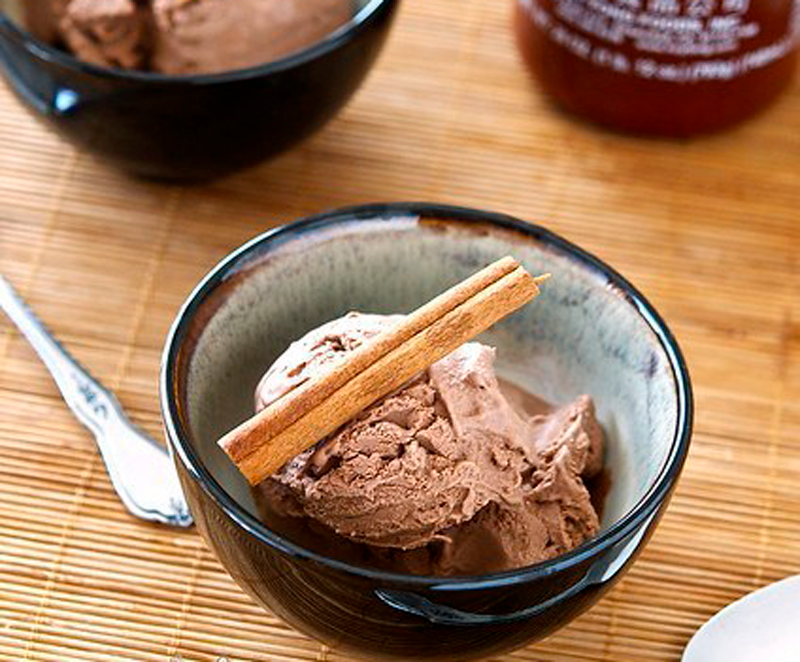 7. Low-calorie, dairy-free ice cream
It’s easy to assume that anything dairy-free equates to being healthy, but this is not always true. Significantly more Americans are looking to reduce dairy and consume more plant-based foods, which is why the dairy-free frozen desserts from brands such as Halo Top and Arctic Zero have risen in popularity. And for good reason: Halo Top, for example, uses calorie-free Stevia and sugar alcohols to keep calories and sugar counts low. On the flip side, coconut-based ice creams are more popular among manufacturers because its fat content makes for rich and creamy vegan frozen desserts. As with many other vegan food trends, it all comes down to the ingredients—low-calorie vegan ice cream might not make you a healthier person, but it won’t hurt you (or the animals), either. When shopping for vegan ice cream, make sure you’re aware of the amount of stabilizers, sugar alcohols, artificial sweeteners, and fat in each pint. In general, go for the option with the shortest ingredient list. 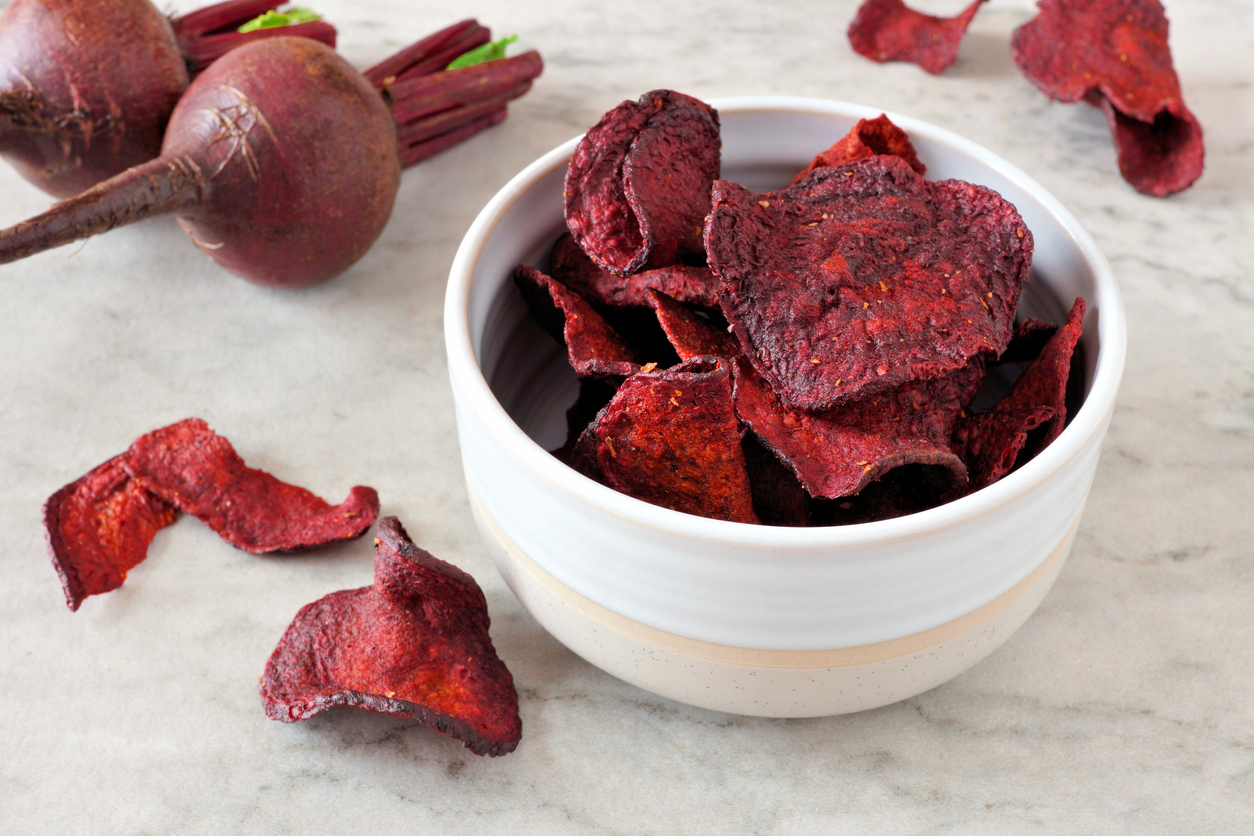 8. Vegetable chips
You might be snacking on sweet potato thins instead of Doritos, but remember that vegetable chips can also be deep-fried, dehydrated, dried, or baked. Some veggie chips are much lower in sodium than traditional varieties, but most aren’t—one ounce of Original Terra Chips contains 110 milligrams of sodium while an ounce (about 15 chips) of traditional potato chips contains over 180 milligrams. Despite this, potato and veggie chips usually contain 10 percent of your daily dose of vitamin C, and some varieties such as sweet potato also contain 50 percent of your recommended amount of vitamin A. Veggie chips and potato chips are also the same in terms of calories (about 120 calories per tablespoon). A serving of veggie chips won’t be a healthy substitute for fresh, frozen, or even canned vegetables because many of the vitamins and plant chemicals are destroyed when vegetables are cooked into chips, leaving you with something much higher in calories and fat with fewer nutrients. With that said, potatoes are still veggies, so don’t make yourself feel too guilty for finishing the rest of the bag you opened last night.

Anastasia Barbuzzi is a journalist, freelance writer, and photographer whose work revolves around the worlds of health and wellness, fashion, beauty, culture, and the arts.