By choosing a vegan lifestyle, you have already given many creatures on this planet the best gift of all. But have you procrastinated buying actual gifts for the human animals in your life? Worry not; we’ve nailed down easy stocking stuffers for every vegan on your list. From cruelty-free bath bombs to Mason jars filled with vegan cookie dough, here are 10 items to pick up between now and Christmas that will have every stocking on your mantel overflowing with vegan joy. 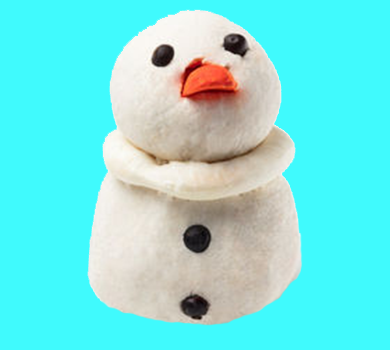 1. Snowman bath bomb
Cruelty-free beauty brand LUSH released a 100-product line of vegan Christmas products this year, and The Snowman is one of our favorites. The “bubbleroon” is made with calming syntrax oil and creates a luscious, citrus-scented bubble bath. The LUSH team worked with Eastern Congo Initiative for more than a year to create a sustainable supply chain of the snowman’s key component, cocoa butter, and now features the African-derived ingredient in a number of bathtime products.

2. Unicorn snot lip gloss
A sparkly unicorn snot lip gloss created by Brooklyn-based design firm FCTRY is sure to make your loved ones’ holidays shine. The brand is behind creative endeavours such as mustache-printed pacifiers and light-up gummy bears, and is a favorite among celebrities such as Kim Kardashian and singer Sam Smith. The brand recently released a five-gloss gift set for the holidays, which makes putting a little snot in your Christmas stocking a good thing.

3. Gummy bear-filled chocolate Santa
Stuffing a stocking with an already-stuffed item is like the Inception Christmas special—and it is quite special, indeed. Vegan candy brand Sjaak’s made a “melk” chocolate Santa shell (made with rice milk) and then filled it with sugar-coated, gelatin-free gummies for a vegan Christmas candy that is sure to shock and awe.

4. Beyond Sausage
Throwing a few sausages into a stocking seems to take the PG rating of Christmas up a few notches, but if you’re anywhere near the Boulder, CO Whole Foods Market—the only place Beyond Sausage is available, for now—you must stuff these into your friends’ stockings! Made with a variety of vegetables and a tried-and-tested combination of wheat and soy proteins, the newest product from Beyond Burger-maker Beyond Meat is sure to make the pork industry nervous. 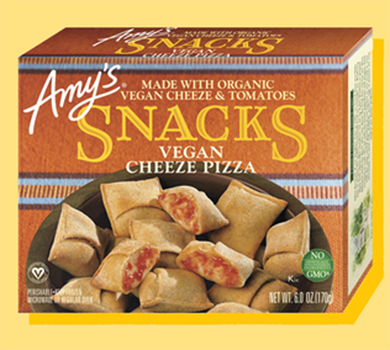 5. Pizza rolls
Bite-sized pizza rolls are the gift of nostalgia, and Amy’s Kitchen’s new vegan take on the miniature savory snacks are a must-have this holiday season. The tiny pockets come stuffed with organic vegan mozzarella cheese and tangy organic tomato sauce, and are wrapped in a soft flour crust. Post-Christmas pizza party, here we come!

6. Makeup for everyone
For your lovely transwomen friends, British brand JECCA Makeup has just released a makeup line that is designed to solve specific beauty issues—such as face-scarring and beard shadows—which brands aimed at cis women ignore. Founder Jessica Beckler is an activist for the LGBTQ+ community, so throwing your stocking money her way will always support a good cause.

7. Whipped cream
We’re not going to lie: if someone were to stuff our stocking with vegan whipped cream, even if said whipped cream were just sprayed into said stocking, we’d be beaming with joy! Luckily, both Trader Joe’s and Whole Foods Markets debuted their own coconut-based varieties of whipped cream earlier this year, making it easy to throw a bottle into everyone’s stocking.

8. Evanna Lynch’s gift basket
The vegan Harry Potter star created a gift basket with the help of peta2 and packed it full of treats such as chocolate frogs, a “Vegans are Magical” unisex t-shirt, a lavender bath bomb, and a bunny necklace. Unpack that basket, stuff it into a stocking, and pass it off as your own curated gift—we promise not to tell. 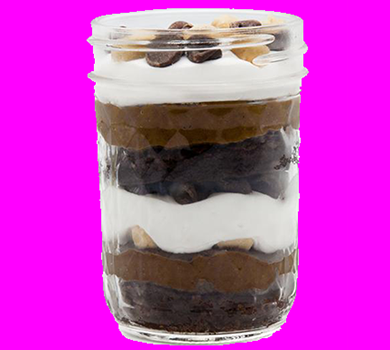 10. Holiday nog
Vegan milk brand Califia Farms always has a few seasonal beverages in its lineup, and the company’s nog is quite the treat. Made with almond milk, a touch of cane sugar, and a blend of seasonal spices such as nutmeg and ginger, the only issue with gifting this vegan eggnog is trying to ream Califia’s bottom-heavy, voluptuous bottle into a foot-shaped stocking.

Anna Starostinetskaya is VegNews news editor and hopes she does not get coal in her stocking this season.