The New England Patriots and Philadelphia Eagles might be the biggest stars at this year’s Super Bowl, but our vegan chip-and-dip round-up is guaranteed to stir up some unexpected competition at your football party. To throw the best Super Bowl party ever, we decided to pair some of our favorite vegan chips with the best plant-based dip recipes on the web. The result is a Super Bowl-worthy snack roster that will leave you agonizing over which combination to choose, as each delectable duo brings something different and delicious to the playing field. Which pairing will reign champion over your stomach? We suggest setting out a few of these combinations, and everyone wins! 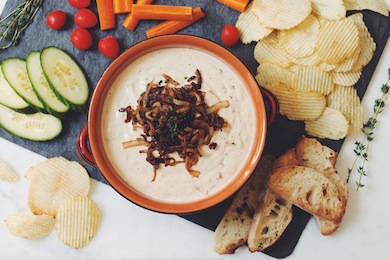 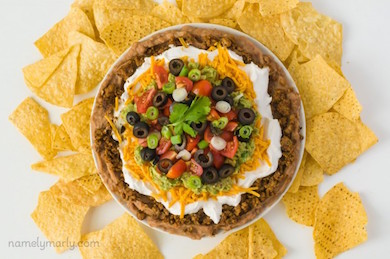 2. Trader Joe’s Quinoa & Black Bean Chips with Vegan Seven-Layer Dip
A seven-layer dip, especially this flavorful and plentiful recipe from Namely Marly, requires a substantial chip. Fortunately, the Quinoa and Black Bean chips from Trader Joe’s fit the bill. These chips have a subtle flavor that allows the dip’s complex flavors to shine, and are sturdy enough to scoop and dip all seven layers at once. 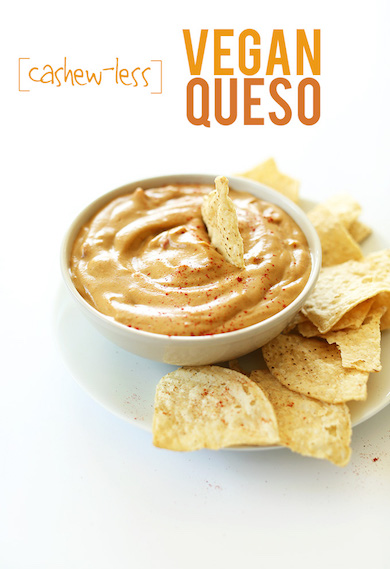 3. Late July Bacon Habanero Clasico Tortilla Chips with Vegan Queso Dip
These corn chips from Late July are seasoned with spicy habanero peppers and a sweet, smoky bacon flavor. Undeniably delicious on their own, these chips are taken to a whole other level when paired with a vegan queso, and Minimalist Baker’s eggplant-based version does just the trick! 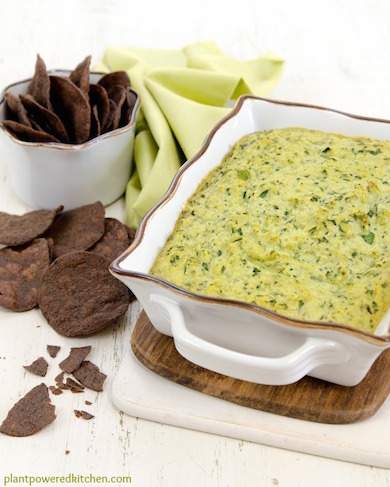 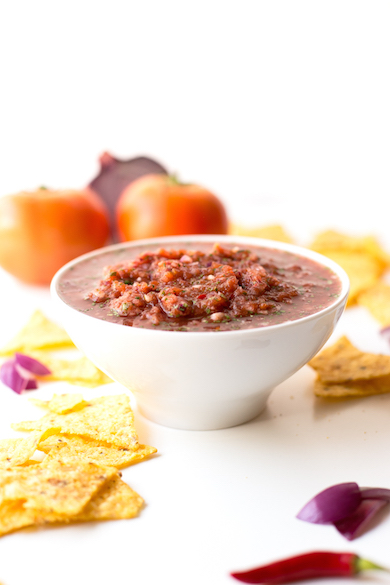 5. Tostitos Cantina Traditional Tortilla Chips with Simple Restaurant-Style Salsa
A classic restaurant-style salsa—such as this one from Simple Vegan Blog—requires an equally classic tortilla chip. Tostitos is our pick for dipping into the spicy tanginess of this easy-to-make salsa. With options from scoops and rolls to bite size and traditional, there are so many ways to dip with this chip. 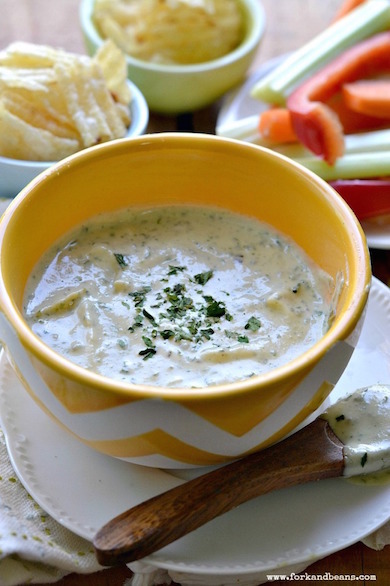 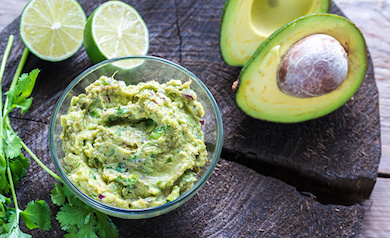 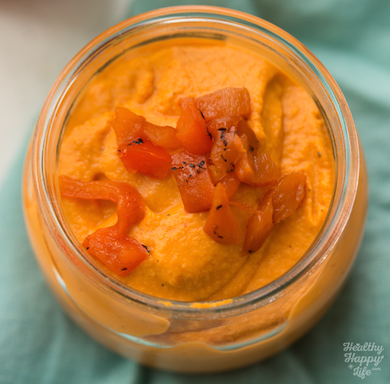 8. Stacy’s Garden Veggie Medley Pita Chips and Roasted Pepper Hummus
Hummus is the ultimate vegan dip. With so many varieties, you could literally create hundreds of pairings. The medley of herbs, tomatoes, and onions in the Garden Veggie Medley Pita Chips from Stacy’s lend themselves pleasantly to a roasted red pepper hummus. Try this spicy recipe from Healthy Happy Life (bonus sandwich recipe included!). 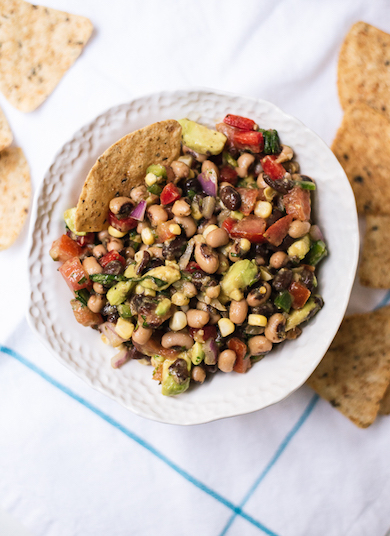 9. Terra Crinkled Sweet Potato With Sea Salt and Healthy Cowboy Caviar
This cowboy caviar from Cookie & Kate has all the familiar bean and veggie fixings of the Texas favorite, but without all the fat thanks to a lighter Italian dressing. For an unexpected savory surprise, we’ve teamed this chunky dip with Terra’s Crinkled Sweet Potato With Sea Salt chips. 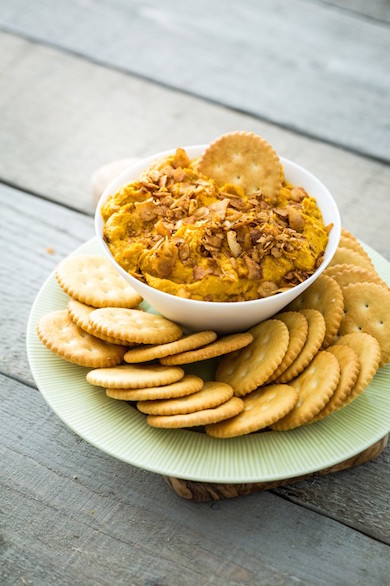 Stephanie Dreyer is the founder of VeegMama, where she helps families cook and eat healthier.