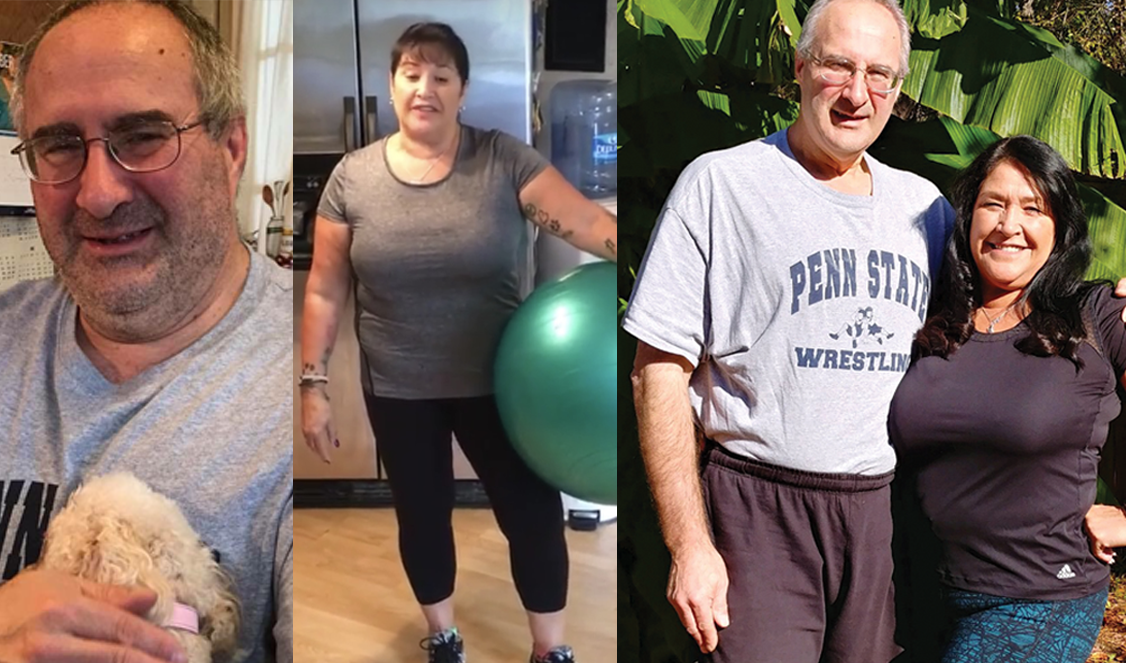 Husband and wife Ricky and Starla Maurer have a lot to live for: four children, 10 grandchildren, and eight “fur babies,” to name a few. Yet when Ricky was rushed to the hospital for excruciating stomach pains—only to find out he had stage 3 colon cancer which had ruptured his colon wall, their lives came crashing down. Starla herself was no stranger to health concerns. Suffering from chronic high blood pressure, intense headaches, and asthma that required two inhalers and daily medication, her own path of healing started when she was selected to take part in a study conducted by health organization Physicians Committee for Responsible Medicine (PCRM), in which her self-described “high-fat, veganish” diet was transformed to low-fat and fully vegan. Experiencing incredible successes from the study—including ceasing all of her asthma medications and saying goodbye to her headaches and the seemingly endless doses of Motrin that accompanied them—Starla was so excited that she ran out to get the word “vegan” tattooed on her forearm. So when her dear husband wound up in the hospital, she knew she had to act fast. Sending off a frantic 1am email to her PCRM study group describing her husband’s dire situation, she was immediately met with open arms. To her relief, Ricky was invited to join the study immediately. Though his diet up until that point centered around animal products, Ricky joined Starla in adopting veganism. The results speak for themselves: upon his dietary shift, Ricky became increasingly healthier, finding an endless supply of energy that resulted in taking five-mile walks a couple times a week, leaving his doctors (but not his wife) flummoxed. Now cancer-free, Ricky has shed 60 pounds, and finds the idea of consuming animal products—once his staple food—repulsive. Starla was so moved by the results that she now works with PCRM to change the ironically meat-heavy menus at hospitals, ensuring that there are always vegan options. As for Ricky, he not only credits the switch to veganism with saving his life, but he points to Starla, the love of his life. For these two lovebirds, there was simply too much to live for to let the Standard American Diet steal their tomorrows.

“The one thing very few people talk about is the sense of peace that comes over you when you give up meat and dairy. If you want to live a long and happy life, you don’t eat dead things.”

Jasmin Singer is the Digital Director of VegNews, and documented her own story of how veganism saved her life in her memoir, Always Too Much and Never Enough.