When tattoo artist extraordinaire and makeup mogul Kat Von D first met musician Leafar Seyer (of the cholo-goth band Prayers) 14 years ago, she knew their paths would cross again someday. “We remained kindred spirits,” says Von D. “[But we] didn’t become romantic until we played together during his last tour.” Fast-forward to present day, and the soulmates have cemented their bond in a fantastical, crimson celebration. Their stunning wedding ceremony began with guests stepping onto the thick vegan fur carpet of an all-white, carnation-adorned room—decked out in 12-foot inverted crosses and white vegan-leather furniture. The Beverly Hills Hotel ballroom was also transformed into an extravagant, blood-red fantasy with scarlet cave walls and a rose-covered ceiling. Dual contortionists wrapped in latex bodysuits carried Von D’s delicate red veil as she moved about in a matching gown to meet Seyer. 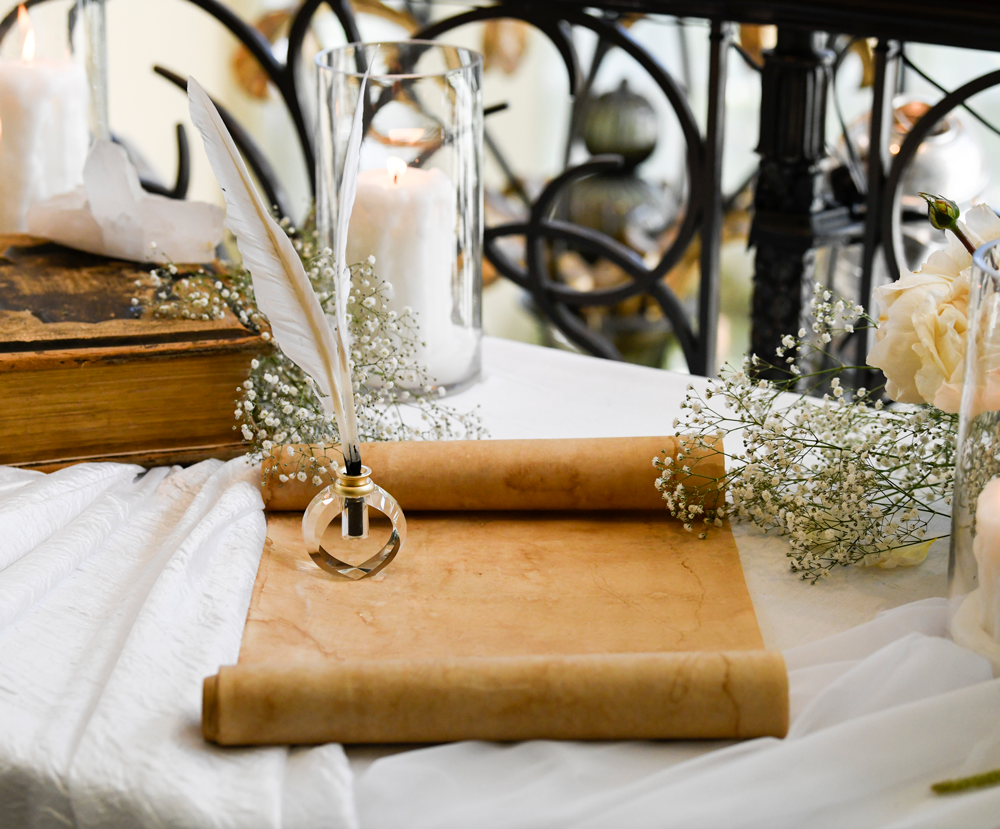 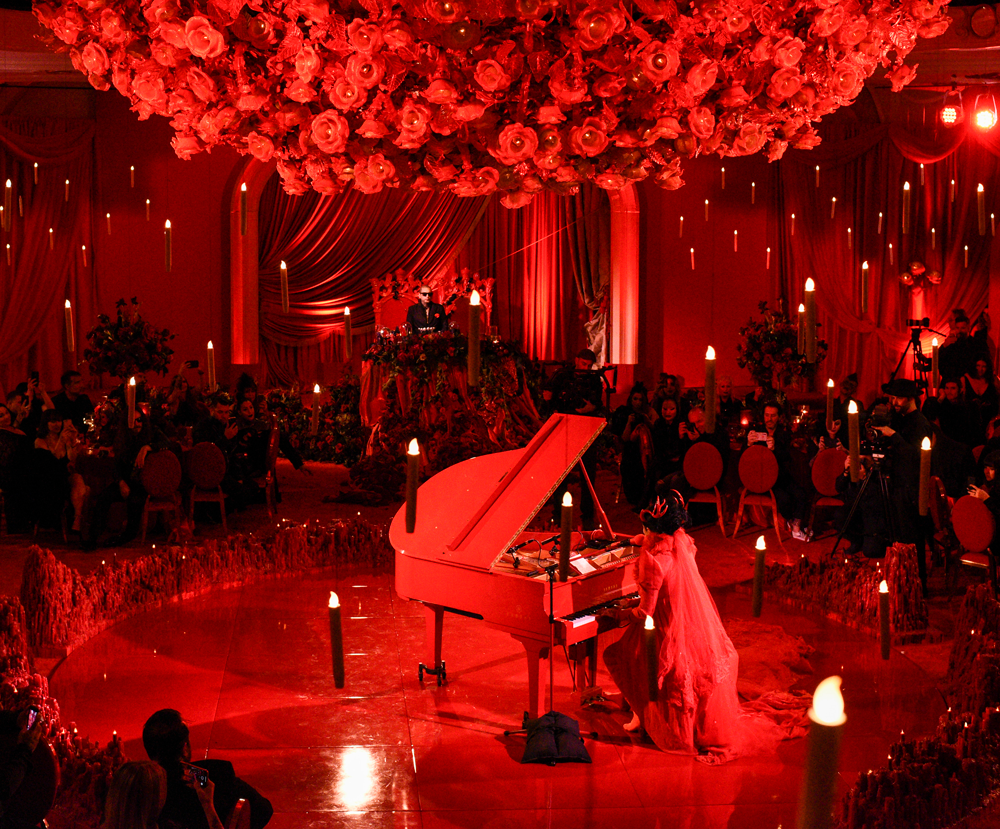 Von D serenaded Seyer with a soothing rendition of Nick Cave’s “Into My Arms,” which she sang while playing a cherry-red grand piano. 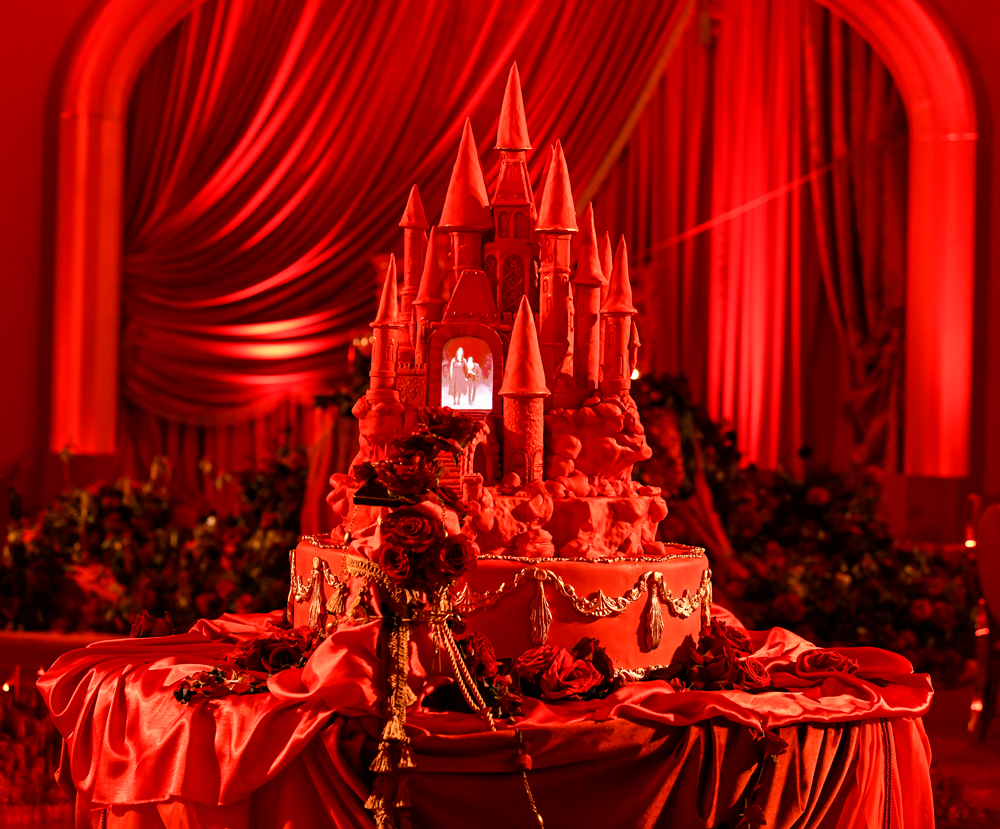 Seyer surprised Von D by showering the bathroom floor with roses and carnations. He dropped to his knee and presented platinum rings engraved with the words “en vida y en muerte” that the two had designed themselves.

The couple requested donations to one of Von D’s favorite animal-rights organizations, Animal Equality, in lieu of traditional gifts, raising more than $20,000. In turn, guests were gifted with a special Kat Von D Beauty vegan lipstick—in glamorous black with shimmering gold flecks—crafted just for the occasion. 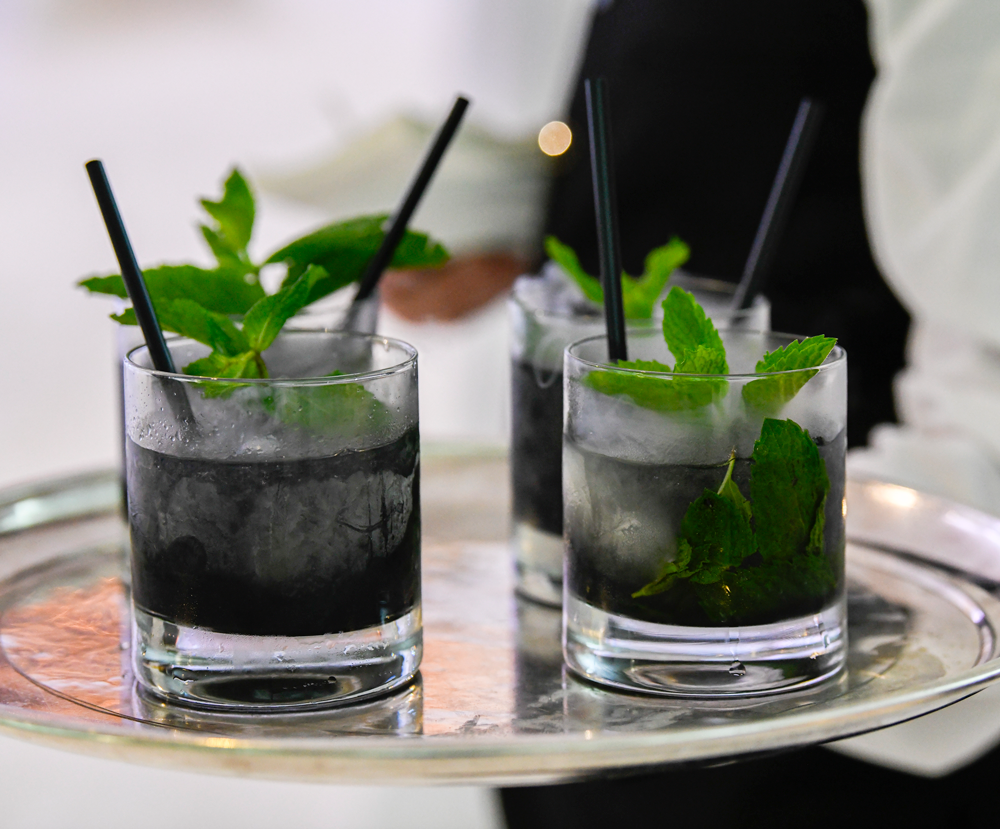 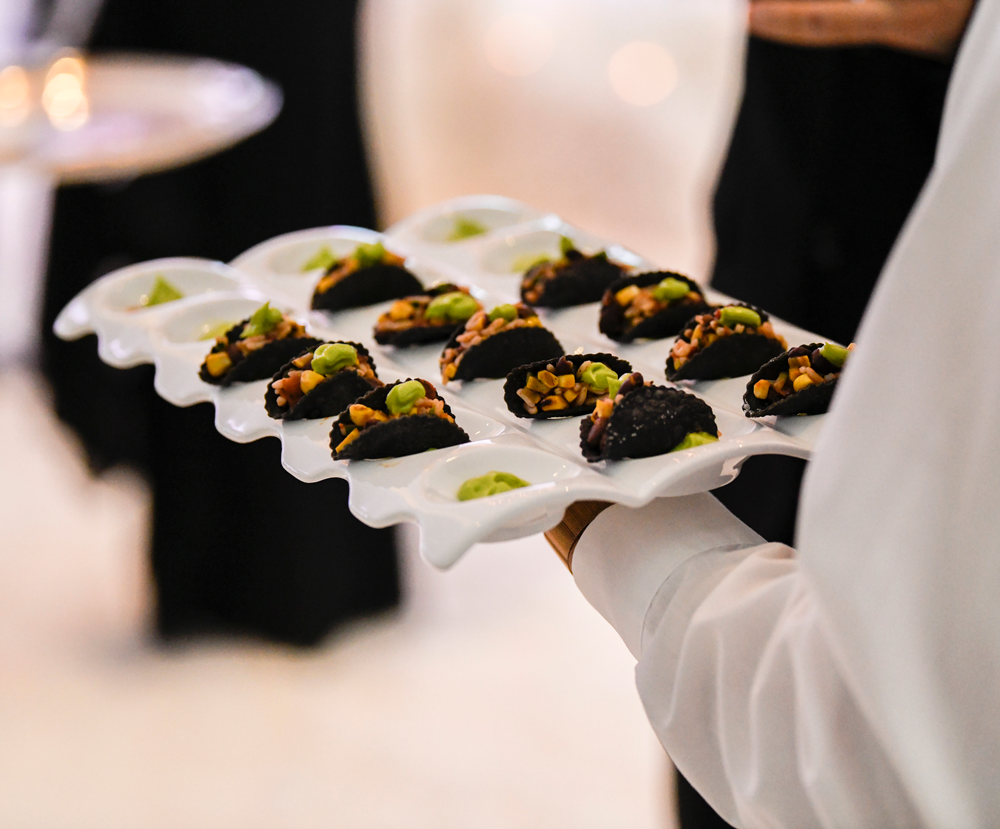