Celebrity vegan chef Mary Mattern and professional musician Neil Westfall met in musical mayhem while the two were touring with pop-punk band Blink-182—Mattern as chef for the headliner’s vegan drummer, Travis Barker, and Westfall as guitarist for opening act A Day To Remember. Engaged one year later, the couple is now planning to open Heirloom Deli, an eatery serving vegan Jewish-deli comfort food. For their rustic chic autumn wedding, the pair stayed true to their down-home style, invoking the spirit of an all-American barbecue, made spectacular with elaborate plant-based charcuterie, gourmet vegan burgers, Coors Light cocktails, and a show-stopping wedding gown—purchased on the internet.

“We just wanted tohave a big backyard barbecue for all of our friends and family,” says Mattern. “So we basically did that. Just scaled it up a bit!” 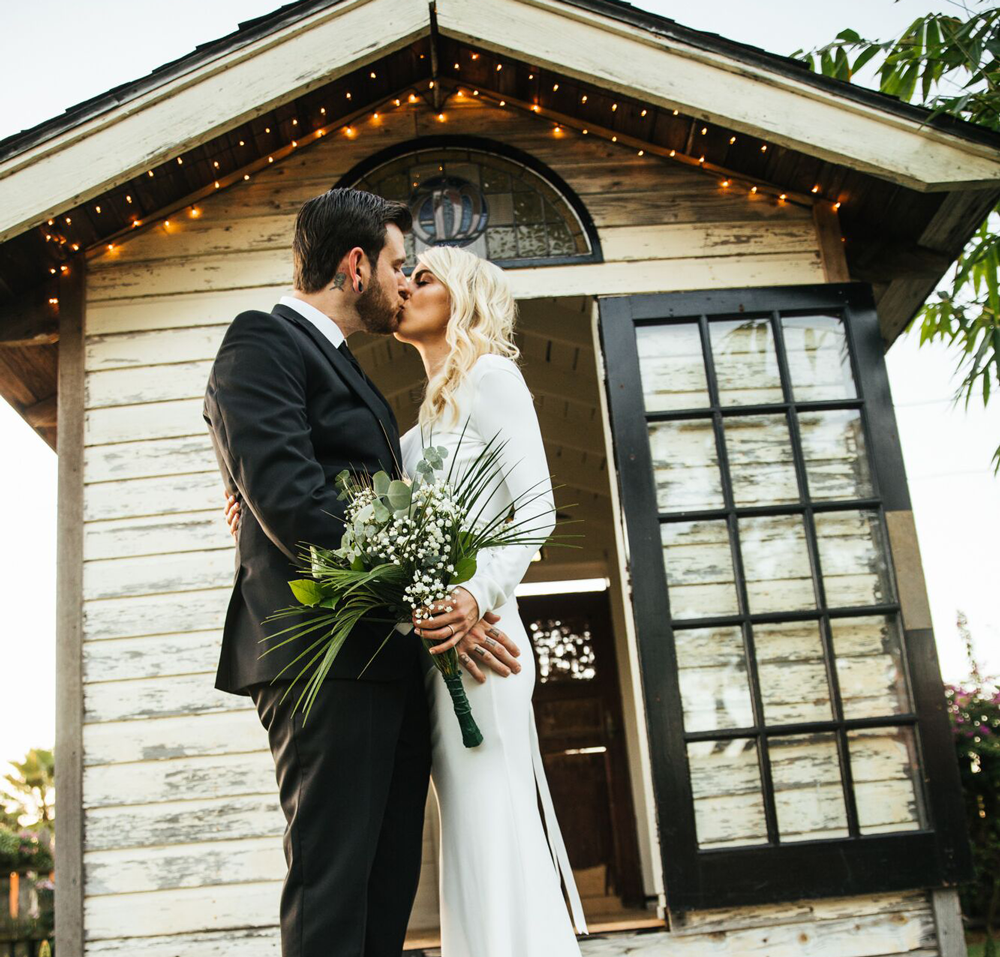 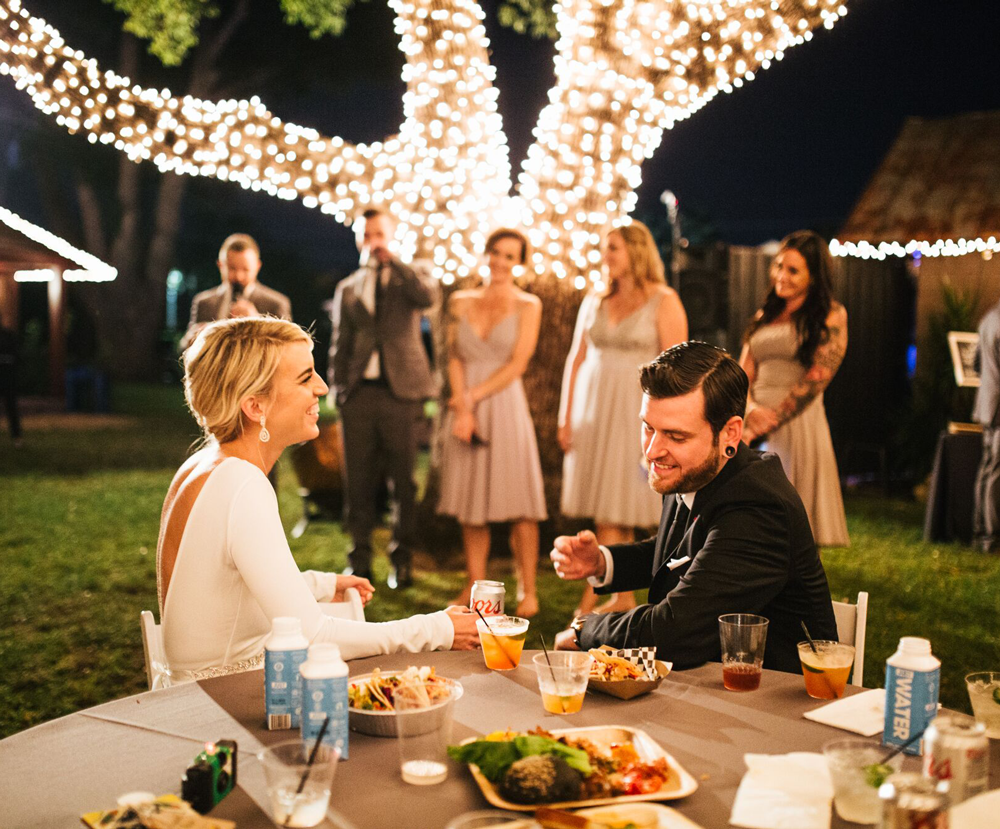 For a glammed-up backyard vibe, Mattern and Westfall took full advantage of the venue’s rustic feel, where they were surrounded by charming buildings, ivy-covered walls, and outdoor areas strung with delicate white lights.

The newlyweds had their first dance to the soulful “I Will Be There” by Odessa. 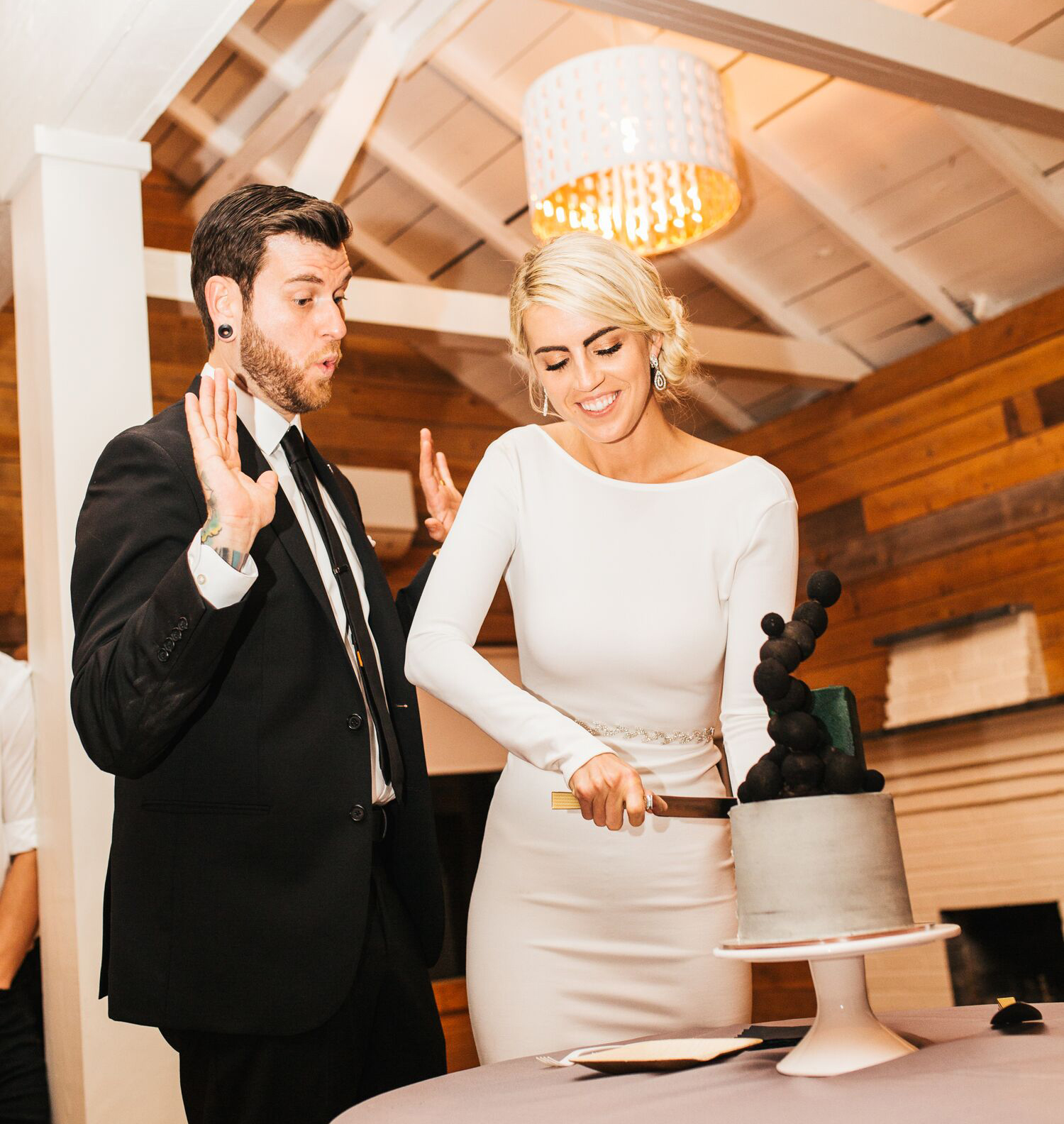 A vanilla bean cake with notes of almond and citrus, filled with a rich coconut cream dotted with freeze-dried raspberries

Westfall proposed to Mattern when they returned to the serene Somerset, WI campgrounds where they’d met, asking her to be his wife one year after their first encounter. 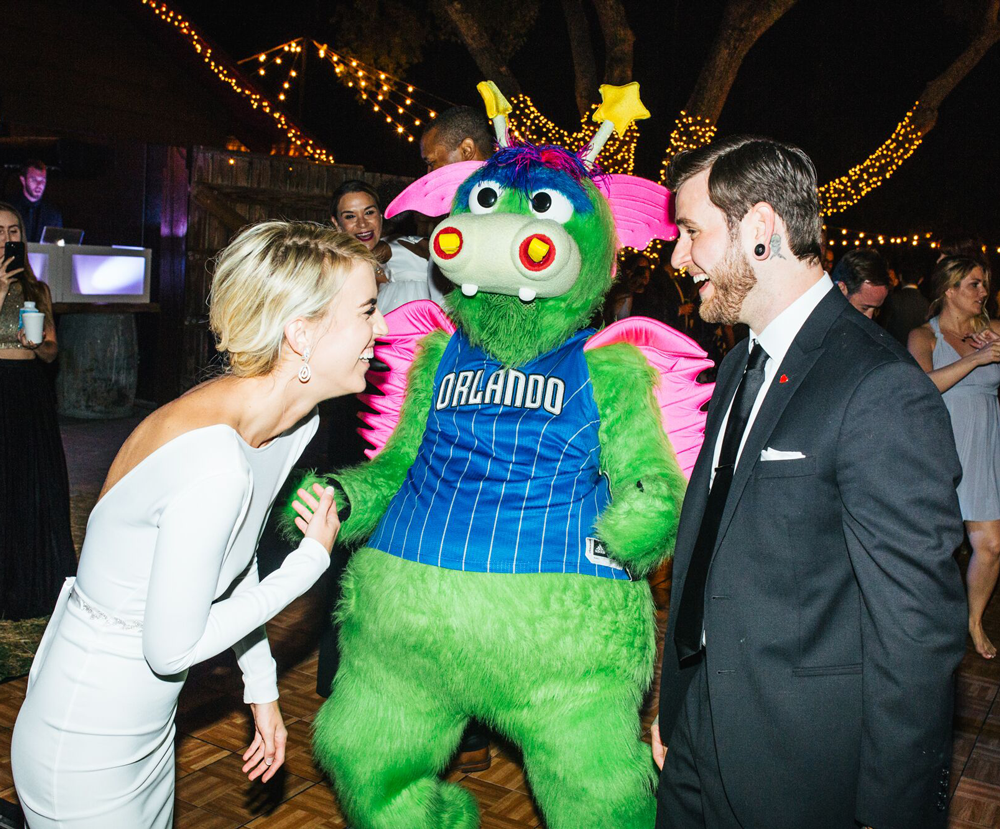 The happy couple hopped aboard a train from Los Angeles to Portland, soaking up stunning views of the Pacific shoreline, massive mountains, and expansive forests—all while indulging in the dining car’s vegan offerings along the way.

16 Vegan Brands That Make Plant-Based Whole30 So Much Easier