In June, vegan Beyond Meatballs will launch at 2,100 Walmart stores nationwide. Beyond Meat’s plant-based meatballs—which come pre-seasoned and pre-rolled in packs of 12—initially launched in September 2020 at Whole Foods, Stop & Shop, Sprouts, Harris Teeter, Kroger, and Albertsons. The vegan meatballs will join other Beyond Meat products at Walmart, including its Beyond Sausages and its Cookout Classic value pack of Beyond Burgers that prices each patty at just $1.60. In December 2020, Beyond Meat also launched a larger format of its Beyond Meatballs (a 24-pack for $9.99) at select Costco locations nationwide.

“At Beyond Meat, we are proud to offer a growing portfolio of plant-based meat products that enables us to expand our retail presence,” Beyond Meat Chief Growth Officer Chuck Muth said. “The addition of Beyond Meatballs to Walmart shelves allows us to make available more of our delicious, nutritious, and sustainable plant-based options.”

To celebrate the launch, Beyond Meat will host barbecues this summer in front of Walmart stores in Dallas and Southern California where a food truck will offer shoppers free samples of Beyond Meat products, including Beyond Sausages and the newest version of the Beyond Burger. 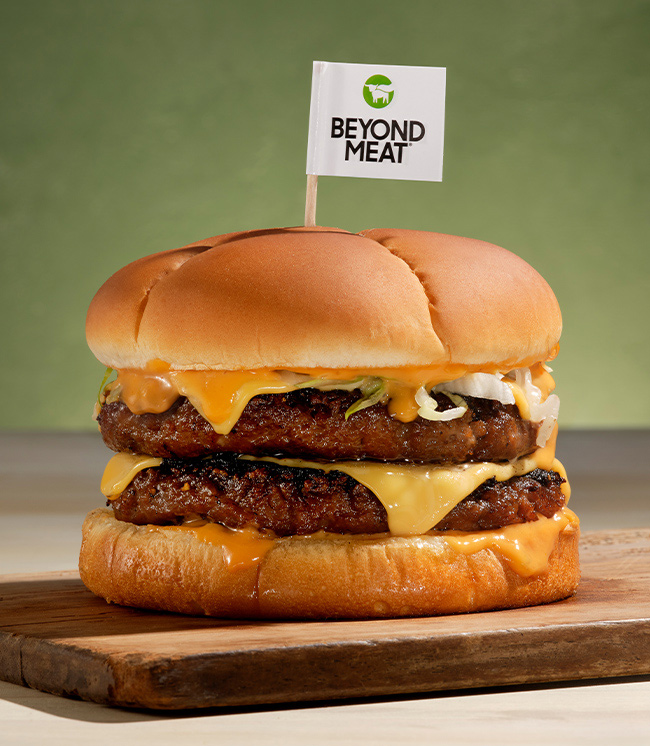 Earlier this month, Beyond Meat launched the newest iteration of its plant-based Beyond Burger—one of the two new versions it is releasing. The new Beyond Burger 3.0 was developed to compete with 80/20 animal-based beef on taste and nutritional value and has 35 percent less saturated fat (and 35 percent less overall fat) than its animal-derived counterpart. The new patty is also fortified with B vitamins and minerals comparable to the nutritional profile of beef. Whereas the brand’s original Beyond Burger was sold in two-patty packs, the new iteration will be available at retailers nationwide in both two-patty packs and bulk four-patty packs ($9.99) to better compete with the price of beef. The new vegan meat will also be offered as a one-pound Beyond Beef pack later this summer.

In June, Beyond Meat will also release another iteration of the Beyond Burger—which features half of the saturated fat of an 80/20 beef patty—with its foodservice partners to further compete with beef in this sector of the food industry.