This week, filmmaker Kip Andersen, producer of ocean conservation film Seaspiracy, and Ingrid Newkirk, president of animal-rights group People for the Ethical Treatment of Animals (PETA), sent a joint letter to President Joe Biden. In the letter, Andersen and Newkirk demanded that President Biden overturn Executive Order 13921, which allows for the proliferation of offshore fish factory farms, which, aside from being cruel to farmed fish, are environmentally damaging to wild marine populations and oceans. The Trump-era executive order also limits the environmental review of developing these aquaculture farms and places the burden on taxpayers to identify the locations where these farms can be constructed.

“In issuing and implementing Executive Order 13921, the Trump administration made it clear that it was intended to reduce the burdens on commercial fishing operations, and it indisputably shifts the cost of planning for such operations to taxpayers and reduces regulatory review of proposed projects despite the extensive harm to fish and the marine environment,” the letter states. “Your administration has already taken many actions to stay, suspend, or reverse Trump administration decisions that jeopardize wildlife and the environment. We commend you on those efforts and urge you also to revoke Executive Order 13921 to end this damaging policy in order to protect countless fish, other marine animals including birds, the sensitive marine environment, and potentially even human health from significant harm.”

While many consumers are aware that animals such as chickens, pigs, and cows, are raised in factory farms to meet global demand for meat, the knowledge that fish—who feel pain the way other animals do—also suffer in factory farms is less common. In the letter, Andersen and Newkirk point out a few of the ways fish factory farms are damaging.

Fish are crowded together in unsafe conditions that foster the spread of parasites and disease amongst each other and to the wild fish populations living right outside of the aquaculture farms. Fish are also fed unnatural diets, suffer bodily injury due to stress, and often die through suffocation as there are no federal “humane” slaughter laws that protect fish. Farmed fish escaping into the wild fish population—a common occurrence that often results in the release of thousands of fish—is problematic in many ways, including the spread of disease and food competition with native species. In addition to displacing and disrupting wild habitats and foraging areas, farmed fish are treated with antibiotics, which, along with excess metals and supplements used in fish feed, seep out into the oceans disrupting delicate marine ecosystems.

For these, and myriad other reasons, Andersen and Newkirk are demanding that Biden overturn Executive Order 13921. 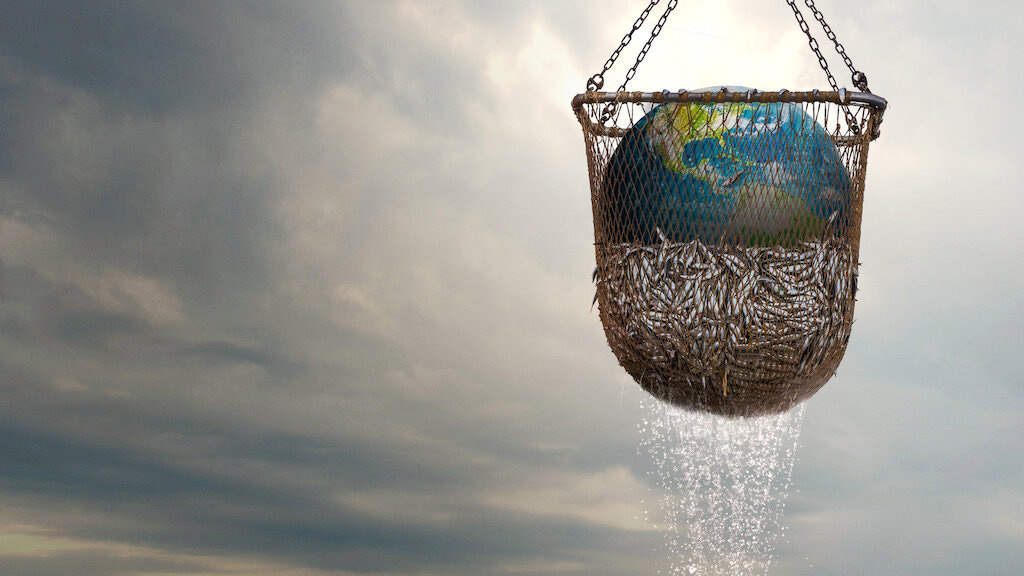 Seaspiracy—which premiered on Netflix in March—exposes the damaging effects of the global fishing industry on the world’s oceans, as well as corruption such as faulty sustainable fish certifications and shrimp industry slave labor. Much like Andersen’s previous films Cowspiracy and What the Health, the documentary became a top 10 film on the streaming platform in 40 countries.

The Seaspiracy team is also continuing the film’s powerful message through various initiatives. In addition to demanding President Biden shut down environmentally damaging fish factory farms, the Seaspiracy team is asking the administration to designate and enforce “no-catch” marine zones in 30 percent of US waters—which currently only designates three percent of its waters as no-catch zones despite the fact that 75 percent of the American fish population is overfished.