New vegan deli DC Vegan Delicatessen recently opened in Washington, DC. The shop is a brick-and-mortar concept of catering company DC Vegan Catering, which was founded in 2015 by Michael and Leah Moon. The new deli offers a full menu featuring shareables such as cauliflower wings and king trumpet calamari; deli sandwiches such as the Chickpea Cutlet Club with housemade chickpea cutlet and vegan bacon, and the Sausage Rapini with Italian sausage and grilled rapini; bowls such as the Beefy Bowl with braised jackfruit, fresh greens, and cauliflower rice; and salads such as Caesar or Classic Italian. The shop also offers specialty items in its dessert and deli cases. 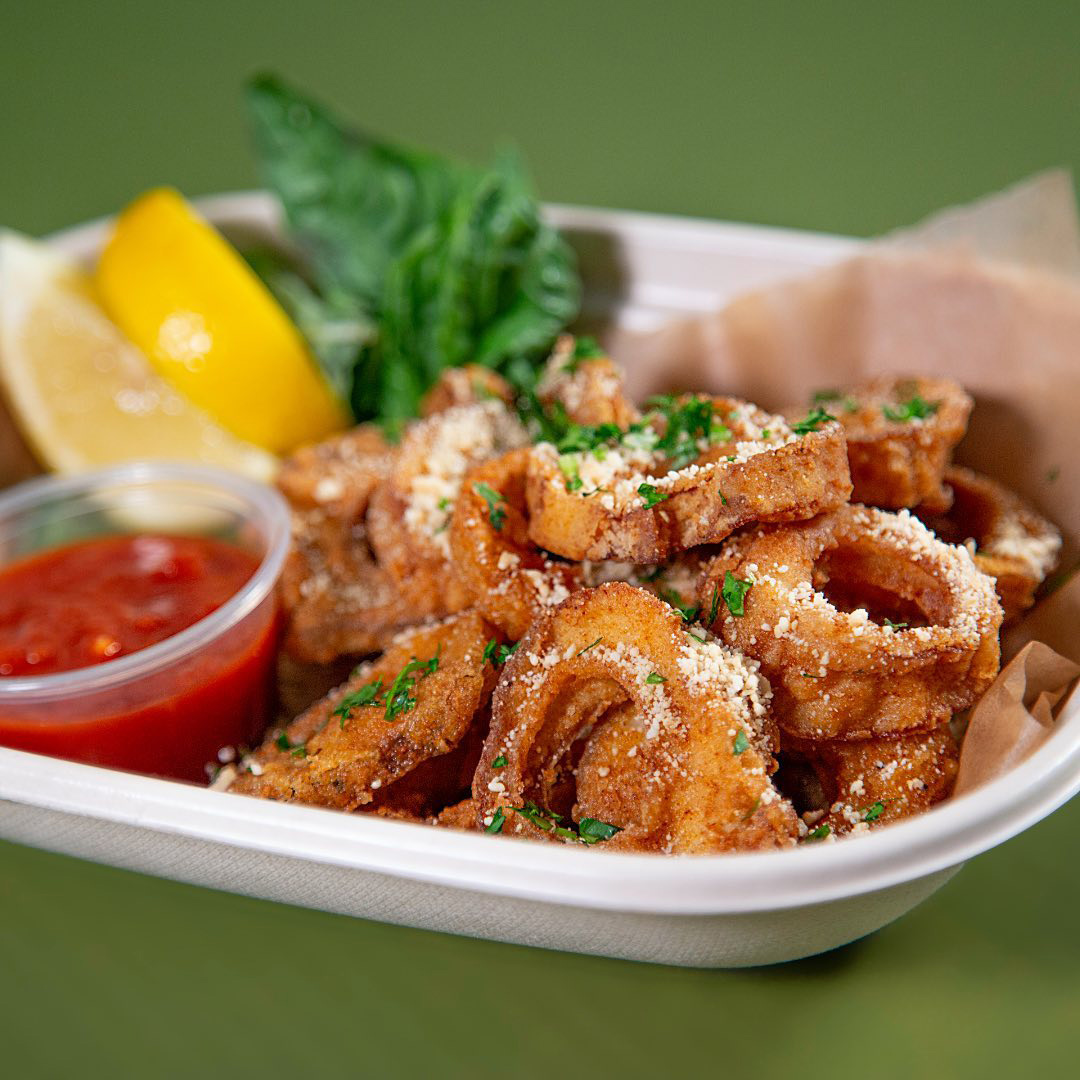