On June 10, Eleven Madison Park (EMP)—an upscale restaurant in New York City with three Michelin stars—will reopen with a new, almost fully vegan menu. While EMP previously accommodated vegan dinners upon request, the legendary restaurant will no longer serve meat and seafood and most other animal products, with the exception of offering milk and honey for guests to use in their coffee.

EMP Chef and Co-owner Daniel Humm announced the change in a note on the restaurant’s homepage. “In the midst of last year, when we began to imagine what EMP would be like after the pandemic—when we started to think about food in creative ways again—we realized that not only has the world changed, but that we have changed as well,” Humm said. “It was clear that after everything we all experienced this past year, we couldn’t open the same restaurant. With that in mind, I’m excited to share that we’ve made the decision to serve a plant-based menu in which we do not use any animal products—every dish is made from vegetables, both from the earth and the sea, as well as fruits, legumes, fungi, grains, and so much more.” 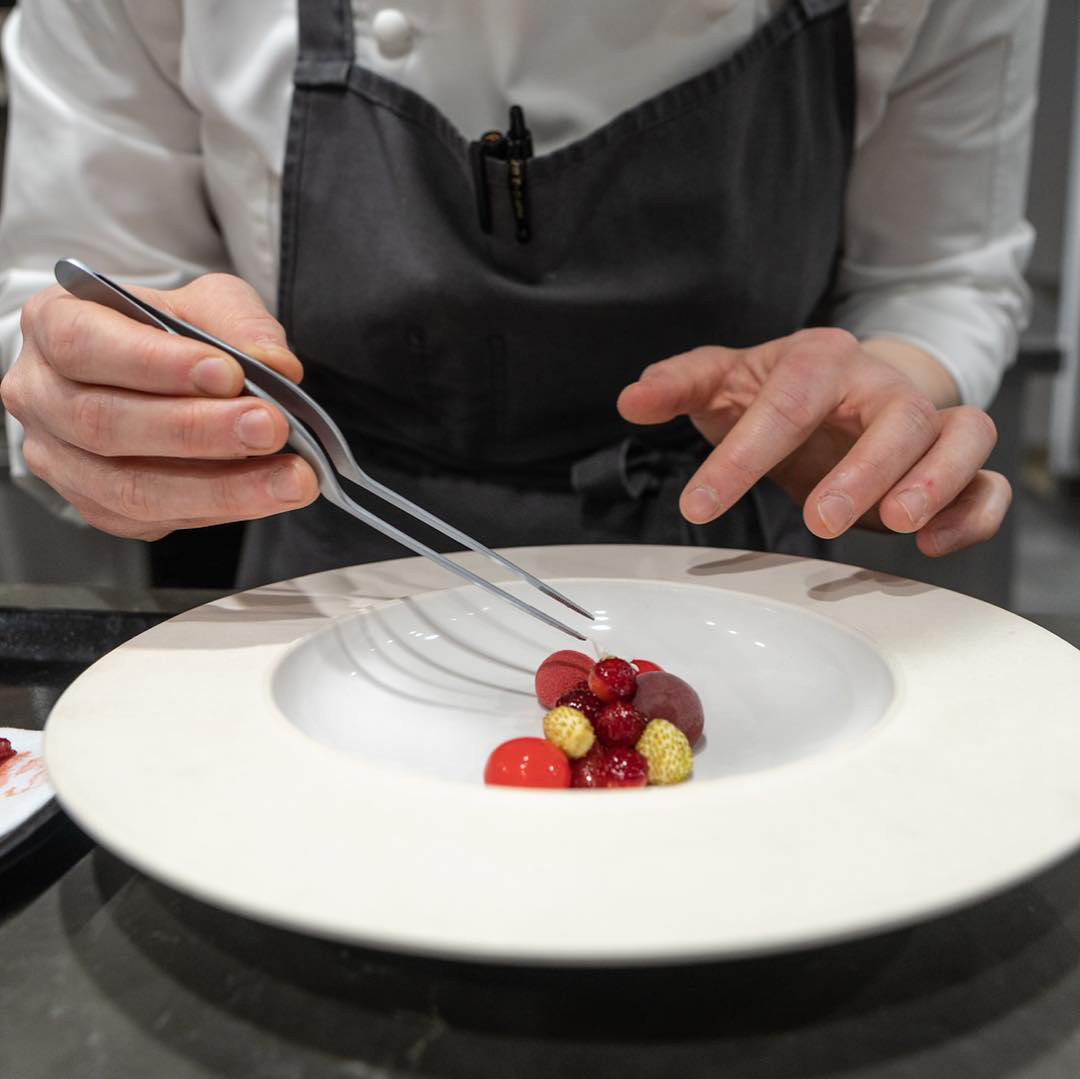 Throughout the years, EMP has been celebrated for its elaborate dishes, often centered on animal proteins such as duck and lobster. However, Humm explained the decision to remove animal products from his menu after watching the world change in the 15 months that the restaurant has been closed. At the new EMP, Humm will center the menu around “impeccably prepared” vegetables such as 16-hour roasted beets. Humm and his team are currently working with fermentation techniques and perfecting ingredients such as their own plant-based milks, butters, and creams. The result, Humm hopes, will be a menu that’s just as creative and bold but without the animal products EMP previously relied upon.

“It is time to redefine luxury as an experience that serves a higher purpose and maintains a genuine connection to the community,” Humm said. “A restaurant experience is about more than what’s on the plate. We are thrilled to share the incredible possibilities of plant-based cuisine while deepening our connection to our homes: both our city and our planet.”

The new EMP also features a charitable component where the restaurant will donate five free meals to food-insecure New Yorkers with the purchase of every dinner through its partner organization Rethink Foods.