The Hope Award recognizes Goodall’s 60 years of animal service that focuses on protecting chimpanzees and their habitat. Her work has inspired other animal advocates and everyone who cares about the planet and its inhabitants. “We are thrilled to honor the work of Dr. Jane Goodall, whose groundbreaking research has inspired people around the world to examine their relationship with animals,” MFA President Leah Garcés said. “Her dedication to animal protection and conservation inspires Mercy For Animals’ work to reduce suffering and build a compassionate food system.”

In July 1960, at the age of 26, Goodall began her landmark study of chimpanzee behavior in what is now Tanzania. Her work at Gombe Stream National Park would become the foundation of future primatological research and redefine the relationship between humans and animals. Her unorthodox approach to research was to immerse herself in the habitat and lives of chimpanzees, allowing her to see them as individuals with emotions and long-term bonds. Goodall’s discovery at that time that chimpanzees make and use tools is considered one of the greatest achievements of 20th-century scholarship.

In 1977, Goodall established wildlife conservation organization the Jane Goodall Institute to support the research in Gombe and focus on protecting chimpanzees from extinction. When she discovered that the survival of chimpanzees was threatened by habitat destruction and illegal trafficking, she developed a breakthrough approach to species conservation that includes the needs of local people, the environment, and the connection between humans and animals. In 1991, Goodall also founded global environmental and humanitarian youth program Roots & Shoots with a group of Tanzanian students to teach youth about wildlife conservation. Today, Roots & Shoots is active in more than 60 countries. 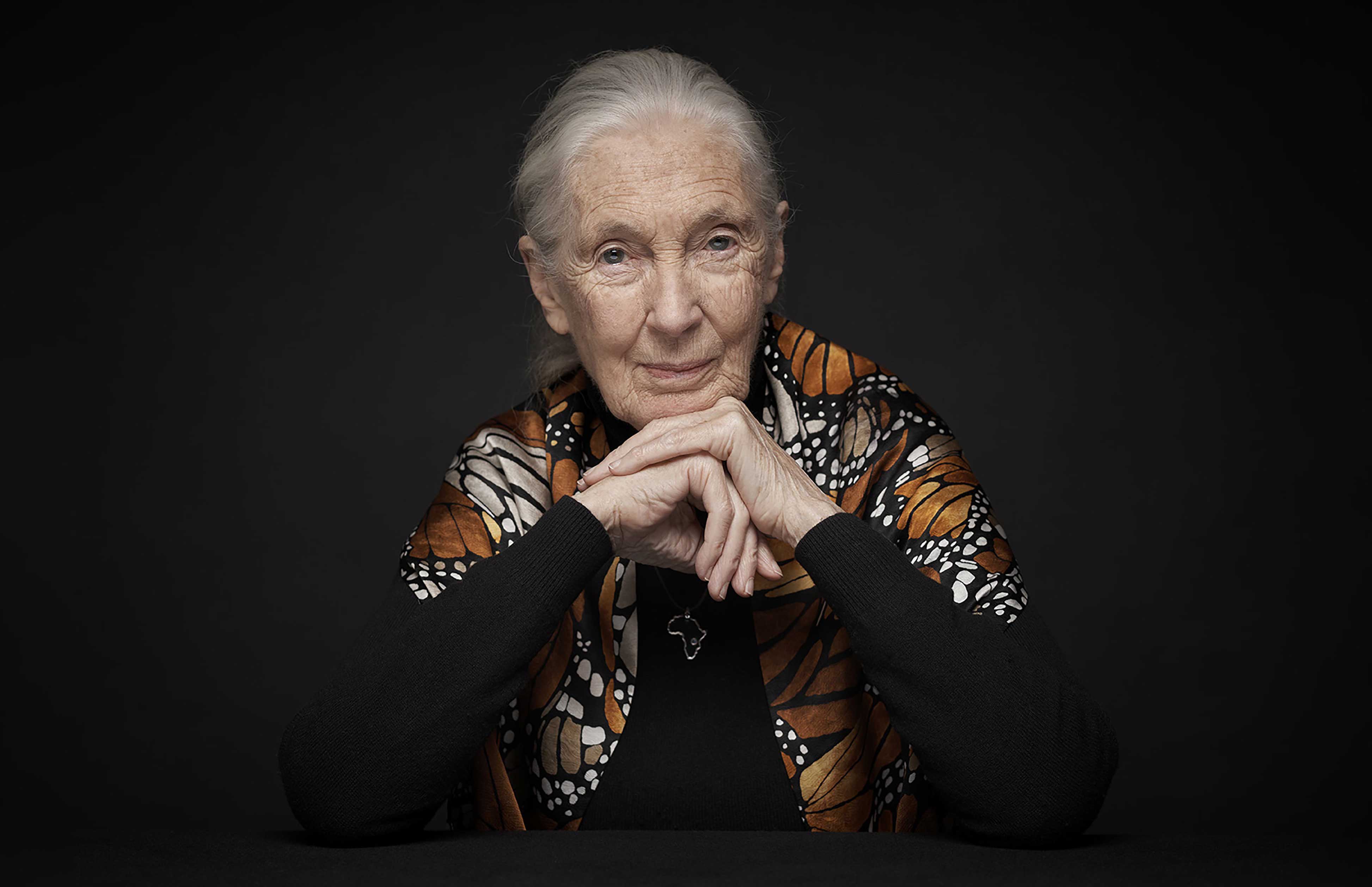 At 87 years old, Goodall now focuses on traveling around the world, writing, speaking, and spreading hope through action. At the onset of the COVID-19 pandemic, the lifelong activist created a video message to encourage people to rethink their “too close” relationships with wild animals. “We have amazing brains. We’re capable of love and compassion for each other,” Goodall said. “Let us also show love and compassion for the animals who are with us on this planet. Let us all live in peace and harmony together.”