SIMULATE—the startup behind high-tech plant-based chicken nugget brand NUGGS—is hosting a contest that will give one grand-prize winner a lavish, four-course vegan dinner for two, complete with wine pairings, outside the storefront of Target atop its iconic red concrete balls. The dinner will feature dishes such as one NUGG with an assortment of dipping sauces paired with rosé; NUGGS Caesar salad paired with sauvignon blanc; NUGGS parmesan pasta paired with pinot noir; and a NUGGS-shaped vanilla cake with maple icing paired with riesling. 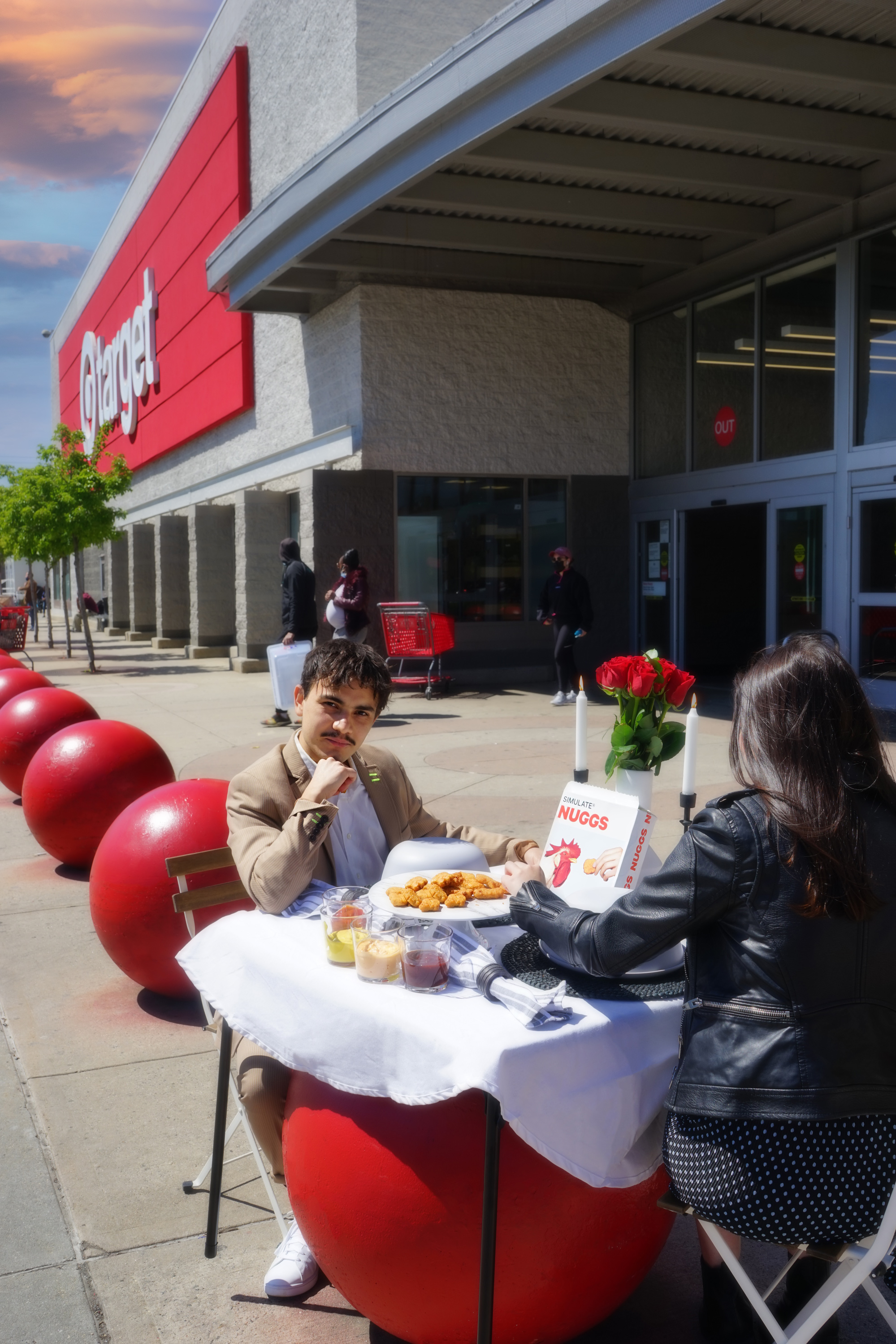 The winner will also receive a $2,000 Target shopping spree. To enter the contest, consumers can enter at simulate.com/ball before May 13, with the dinner itself taking place during the weekend of May 14. The NUGGS team will fly to any city nationwide and execute the dinner within 48 hours.

The contest is in celebration of NUGGS recent expansion into 388 Target locations. Last month, the brand made its retail debut with the launch of its vegan chicken nuggets in 800 Walmart stores nationwide and 596 locations of bulk store Sam’s Club. Since then, the brand has been leveraging its retail expansion with fun marketing initiatives. 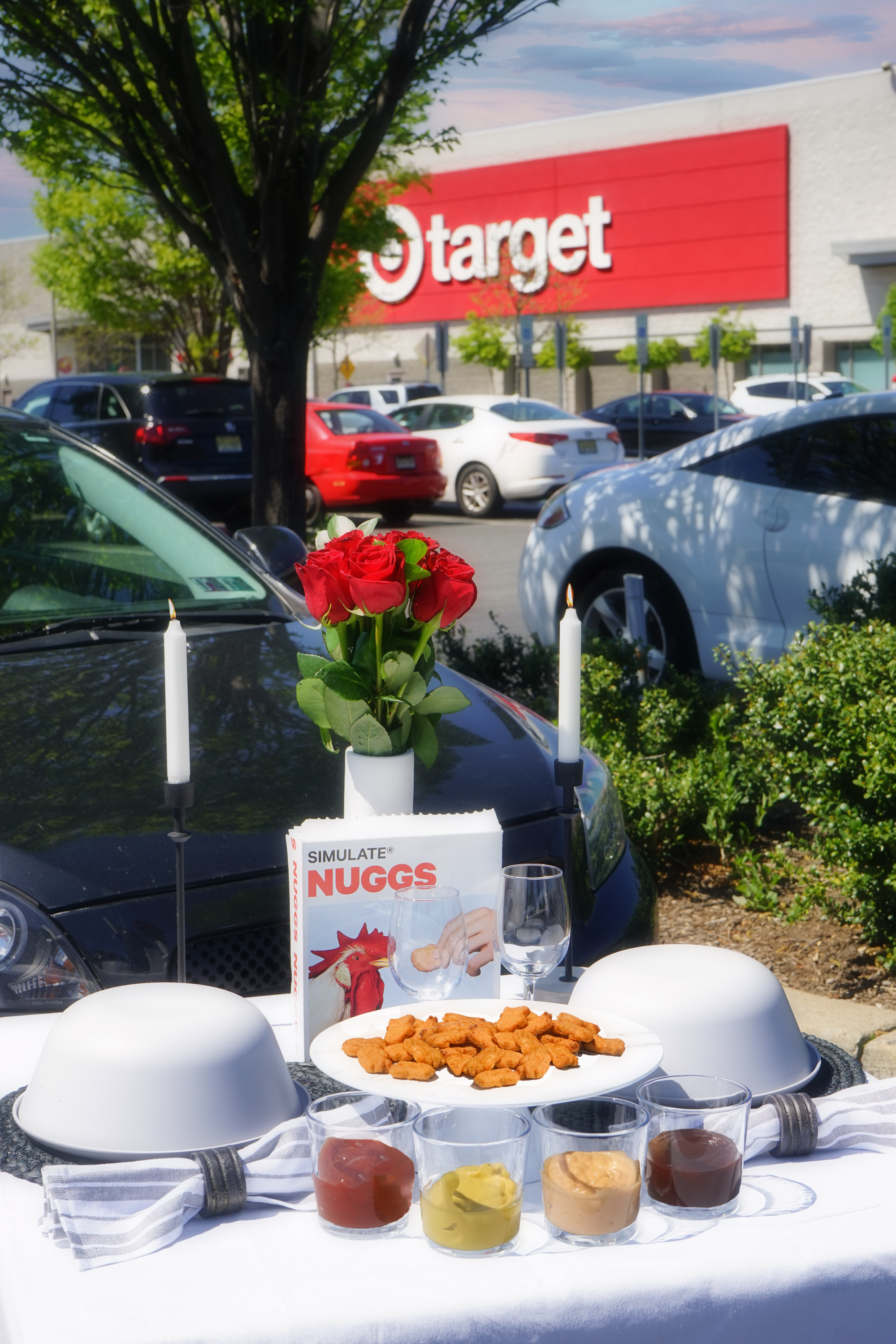 Last month, SIMULATE hosted a competition asking fans to create the most viral content with #nuggs and #samsclubclub in the caption, an initiative that garnered over 18.6 million impressions. The most amplified video granted the creator a party bus to a local Sam’s Club, plus a $1,000 shopping spree and a free Sam’s Club membership for a year.

Founded in 2018 by then 19-year-old technology entrepreneur Ben Pasternak, SIMULATE—which positions itself as “the Tesla of chicken”—creates “simulations” of plant-based products and uses customer feedback to constantly refine and improve the formula to better approximate their animal-derived counterparts. 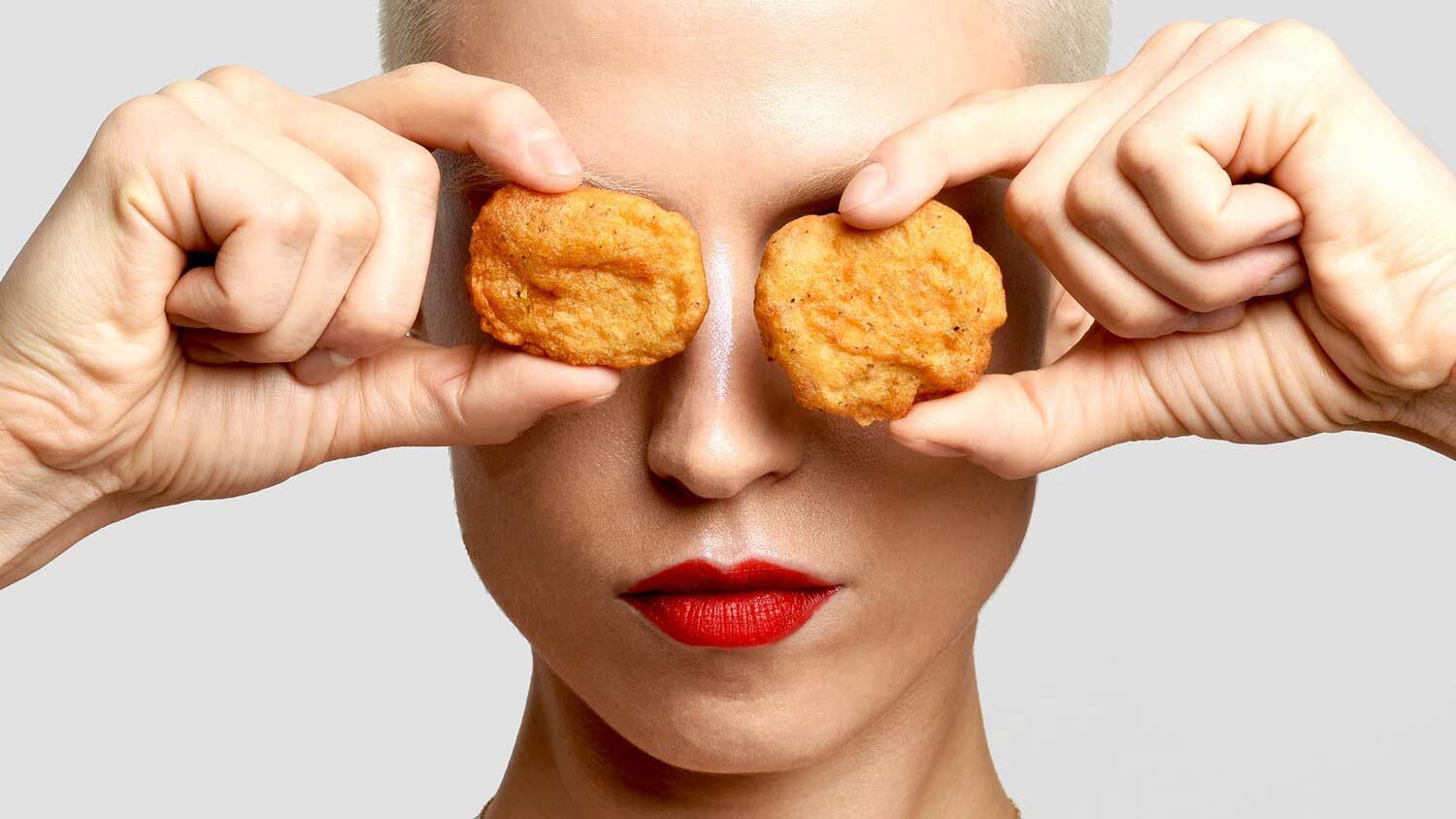 Last year, the company launched version 1.0 of its newest product DISCS, plant-based chicken patties made with a proprietary blend of soy and wheat. The DISCS come in packaging that features a computer disc drive designed to evoke nostalgic feelings of the era of older technologies while delivering the future of food.