The United Kingdom government is slated to ban the captivity of elephants in zoos and safaris in its Animal Welfare (Kept Animals) Bill set to be passed later this year. Initiated by environment minister Zac Goldsmith, the ban will be supported by a forthcoming report about the welfare of elephants in captivity and the impossibility of satisfying their natural behaviors in a zoo setting. This piece of legislation is part of a broader set of zoo reforms expected to be added to the Kept Animals Bill.

Elephant suffer a wide range of ailments in captivity, including mental degradation, arthritis, and hernias. The wild animals are complex social creatures who live in familial units and walk up to 30 miles every day to forage for food. In the wild, elephants live for up to 50 years—a life expectancy that is cut short to just 17 years in captivity. 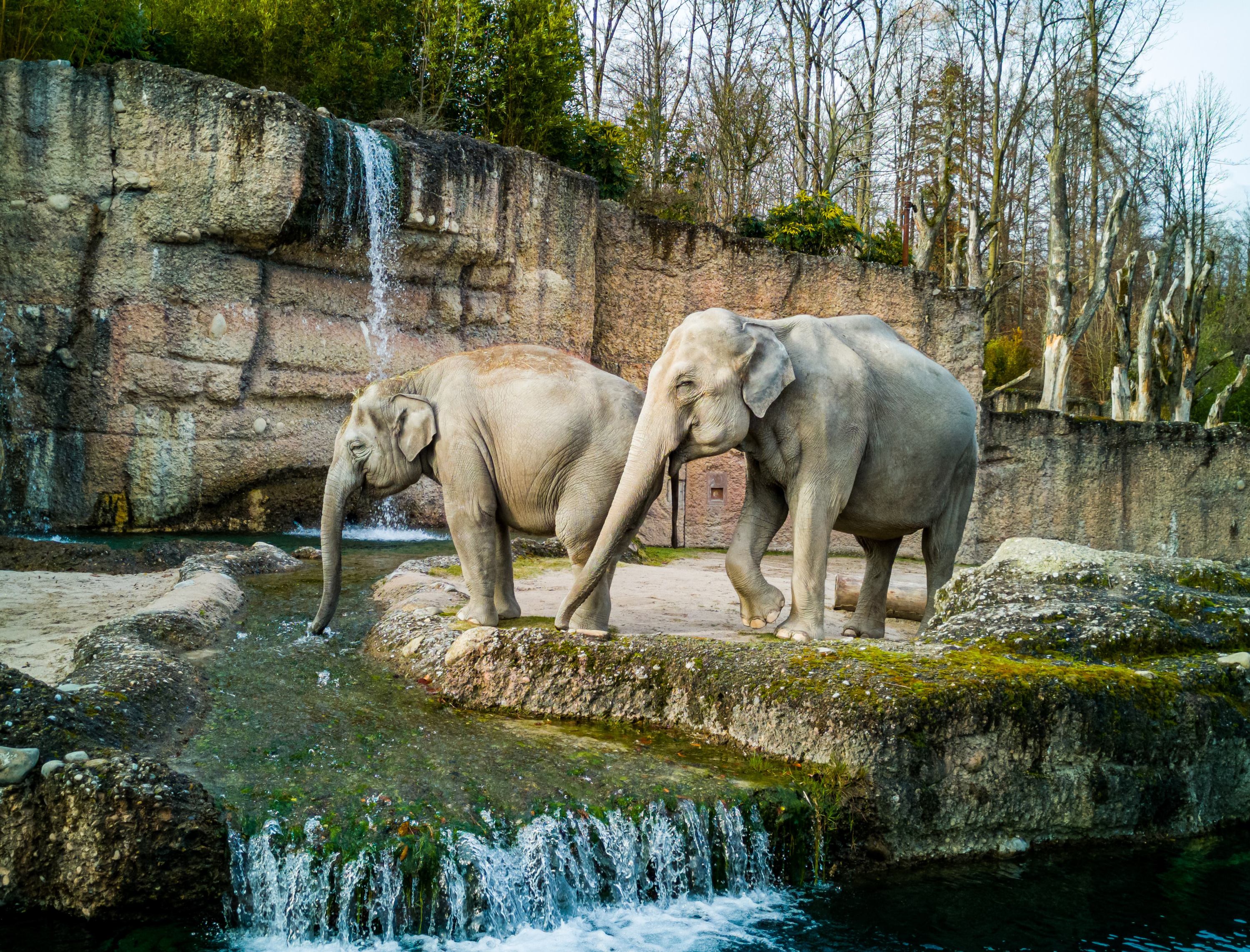 Elephant biologist Audrey Delsink, PhD, Wildlife Director of Humane Society International (HSI)/Africa, studies elephant populations in South Africa and welcomes the new legislation, which will prevent future generations of elephants from suffering in captivity. “Elephants are highly intelligent, extremely social, sentient beings with complex family structures and bonds that last a lifetime,” Delsink said. “They require space to roam freely with other elephants where they can express normal elephant behaviours and thrive emotionally and physically.”

Currently there are 51 elephants living in captivity in 11 zoos in the UK. Under the new legislation, the animals will be allowed to live out their natural lives and no additional elephants will be bred or captured to replace them.

In addition to elephants being phased out of zoos, in January 2020, the UK also enacted a ban on wild animal circuses, ending the exploitation of elephants and other animals for entertainment purposes.

The UK is part of a growing list of countries that prohibit the use of wild animals in circus performances. As the public continues to gain awareness about the cruelty endured by wild animals while being exploited for entertainment, circuses that rely on animal acts are being forced to shutter, most notably the now defunct Ringling Bros. and Barnum & Bailey Circus. 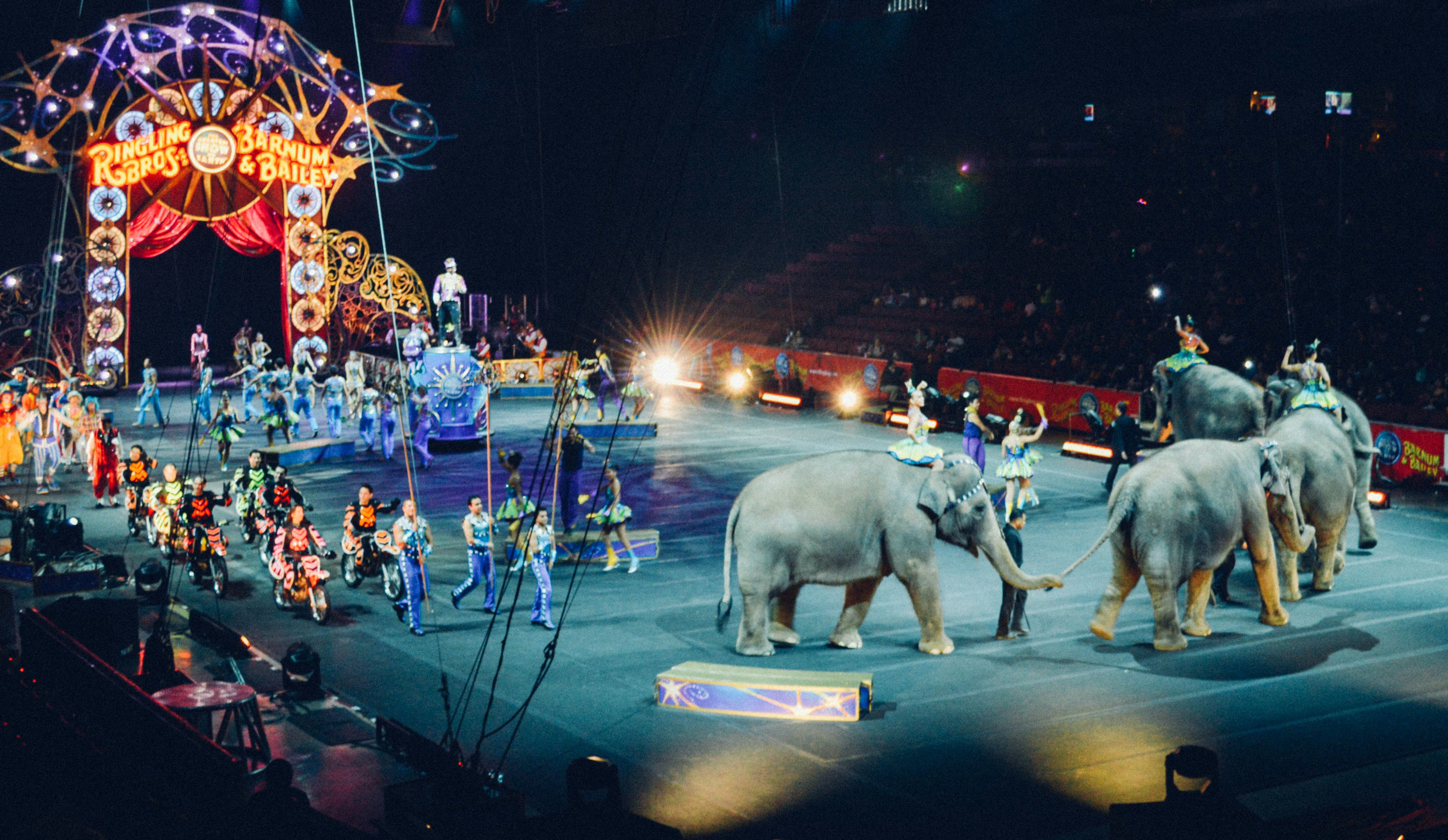 After mounting pressure from the public due to animal-welfare concerns, in 2016, the circus company “retired” its remaining 11 elephants to a Florida facility where, sadly, they were reportedly used for human cancer research purposes. In 2017, plummeting ticket sales, a shift in public perception of circuses, and pressure from animal-rights groups finally forced Ringling Bros. and Barnum & Bailey Circus to close after 146 years in operation.

What about other animals in captivity?

Elephants are not the only animals that suffer in captivity as other wild animals—such as lions, giraffes, and whales—are kept in cramped conditions that cannot satisfy their natural behaviors.

“Marine mammals also suffer whilst in captivity as they too are highly social, long-lived beings and are unable to carry out their natural behaviors to their full capacity,” Delsink told VegNews. “Like elephants, marine mammals try to cope with captivity by adopting abnormal behaviours known as “stereotypies”—repetitive, purposeless habits to combat stress and boredom.”

Delsink pointed to the work of Bob Jacobs, a Professor of Neuroscience at Colorado College, who showed that confining large mammals in zoos and aquariums leads to neurological damage and compromised brain function.

“Research by Professor Jacobs and many other scientists on the neurological effects of caging animals presents us with evidence that can no longer be disputed,” Delsink said. “[UK’s forthcoming elephant] legislation is testimony to this work and key to forcing us to examine how we treat animals for the sake of our entertainment and so-called education. Today’s technology offers a myriad of highly immersive educational methods to teach us everything from black holes to dinosaurs—things we will have never seen but nonetheless know about.” 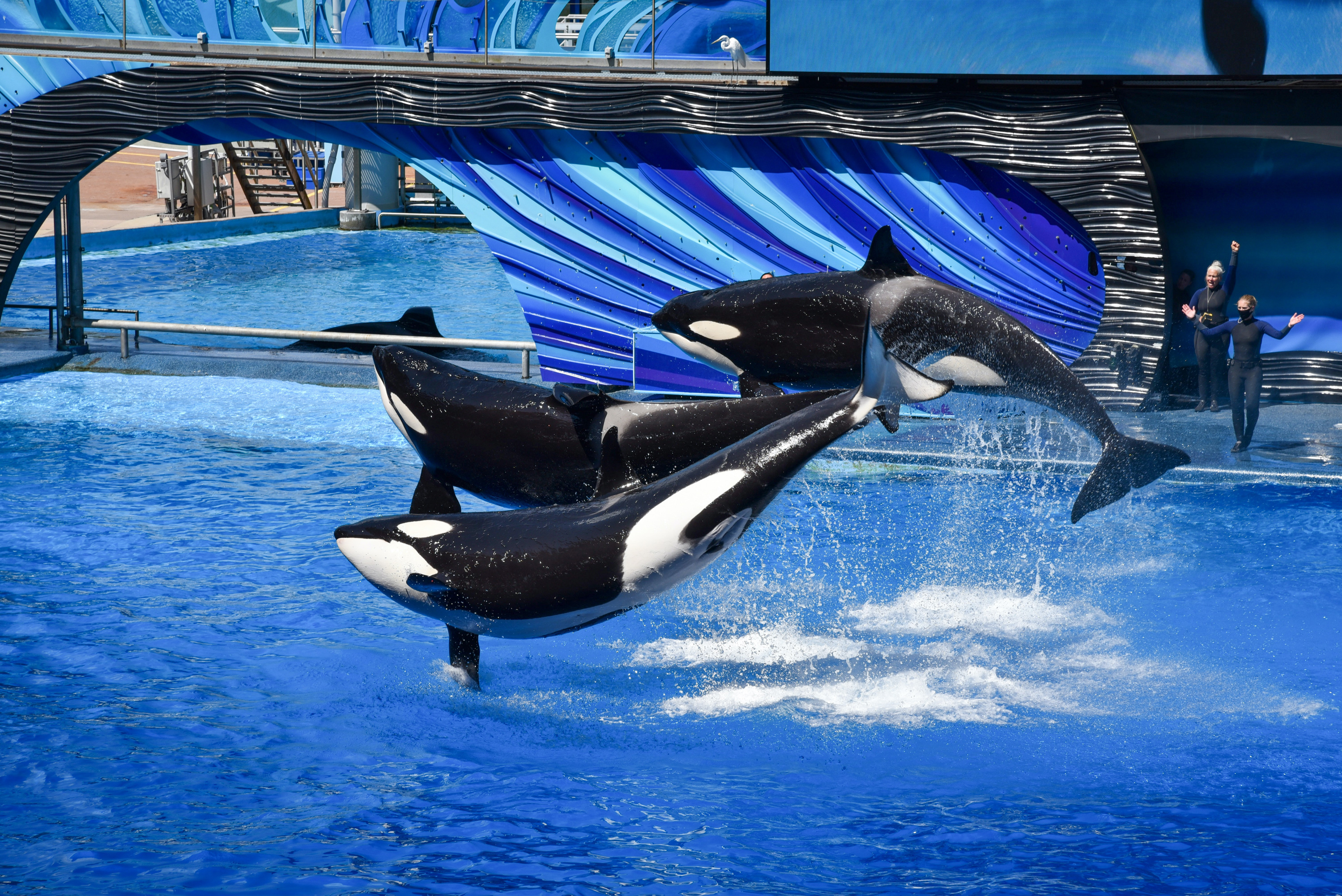 Stateside, aquatic park SeaWorld has been exploiting marine animals for entertainment for nearly 50 years. In 2013, SeaWorld came under fire after the release of documentary film Blackfish which centered around Tilikum, an orca captured off the coast of Iceland in 1983 who spent nearly his entire life performing at the park’s Orlando location until he died at age 35 in 2017 from a persistent bacterial lung infection.

After the film’s release, SeaWorld experienced steep losses in profits and attendance and ended its orca breeding program in 2015. After pressure from animal-rights groups, including People for the Ethical Treatment of Animals (PETA), SeaWorld ended its Ocean One orca shows in 2017 and pledged to discontinue its shows that feature trainers riding on dolphins’ faces and backs in 2020.

Despite continued pressure and a recent $250,000 offer from PETA to retire marine animals to a seaside sanctuary, SeaWorld continues to keep the intelligent beings confined to small tanks where they are unable to perform their natural behaviors.