Adams officially announced his candidacy for NYC mayor in November 2020 during a Zoom call attended by hundreds of volunteers. “Like many New Yorkers, my life has been full of struggles. It wasn’t always easy. My mom worked her fingers to the bone cleaning houses to raise six children, all on her own,” Adams said. “But we persevered—because that’s what New Yorkers do. Now the city is in pain. And I know I can help because I have lived the life of the people who are hurting the most. I have seen what works and what doesn’t in this city. To be truly progressive, we have to fix [the] government and eliminate the inefficiencies that are holding us back.” 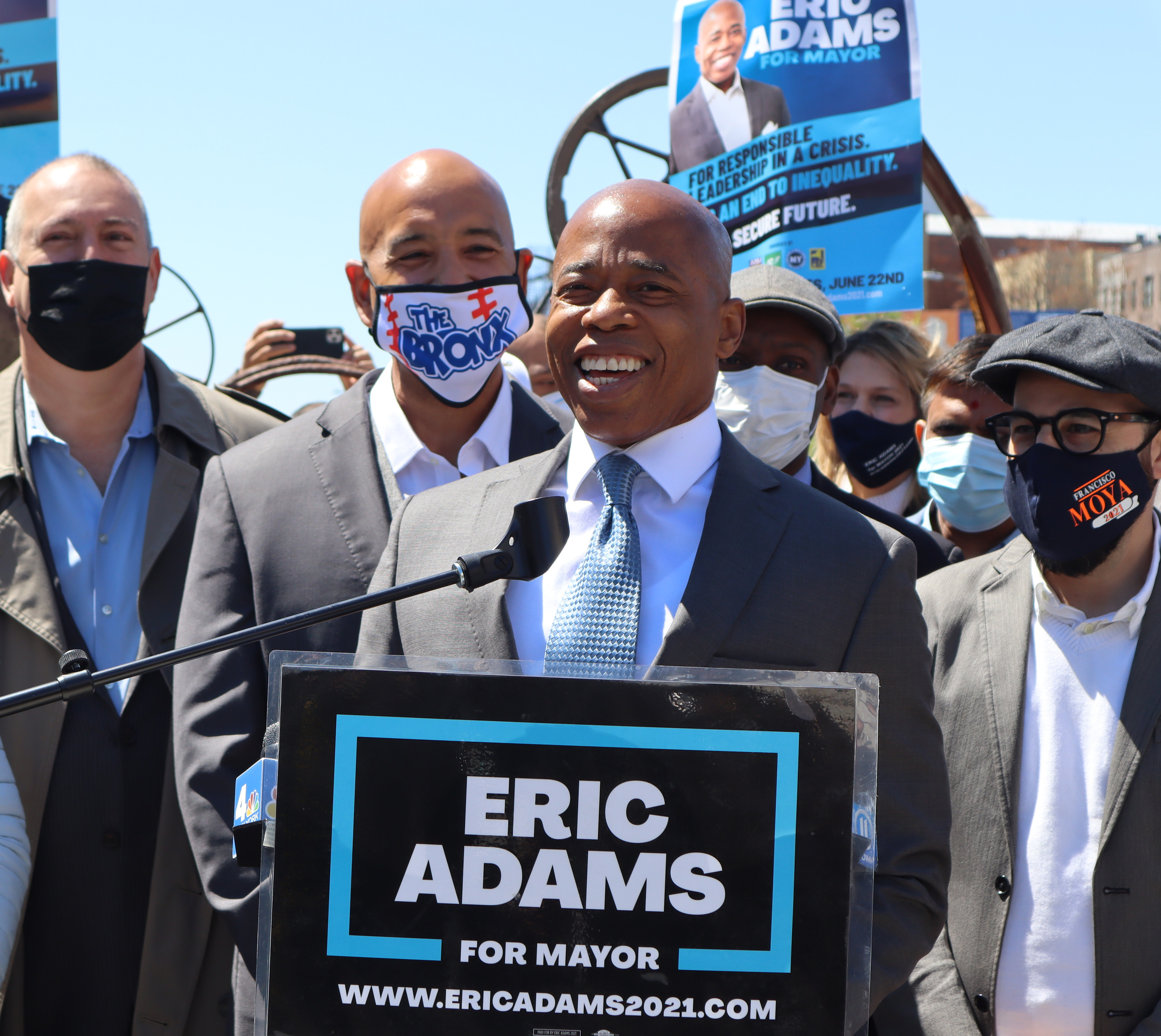 Adams’ personal childhood experience with police brutality led him to a life of public service, including serving with the New York City Police Department (NYPD) for 22 years. As a police officer, Adams aimed to affect change from within and founded 100 Blacks in Law Enforcement Who Care, an organization that stood against racial profiling and fought for criminal justice reform. Adams left the NYPD to pursue a career in politics and in 2014, became the first person of color to be elected to serve as the Brooklyn Borough President.

Is NYC ready for a vegan mayor?

Adams went vegan in 2016 to combat the debilitating symptoms he experienced after being diagnosed with type 2 diabetes. To help others regain control of their health, Adams recently published Healthy at Last, a book in which he details his plant-based transformation, speaks about the issue of diet-related chronic diseases as they affect communities of color, and shares more than 50 vegan recipes. To further expand his message beyond NYC, Adams has also appeared in several documentaries that promote plant-based living, including upcoming film They’re Trying to Kill Us—which examines the intersections of diet, poverty, and systemic racism. 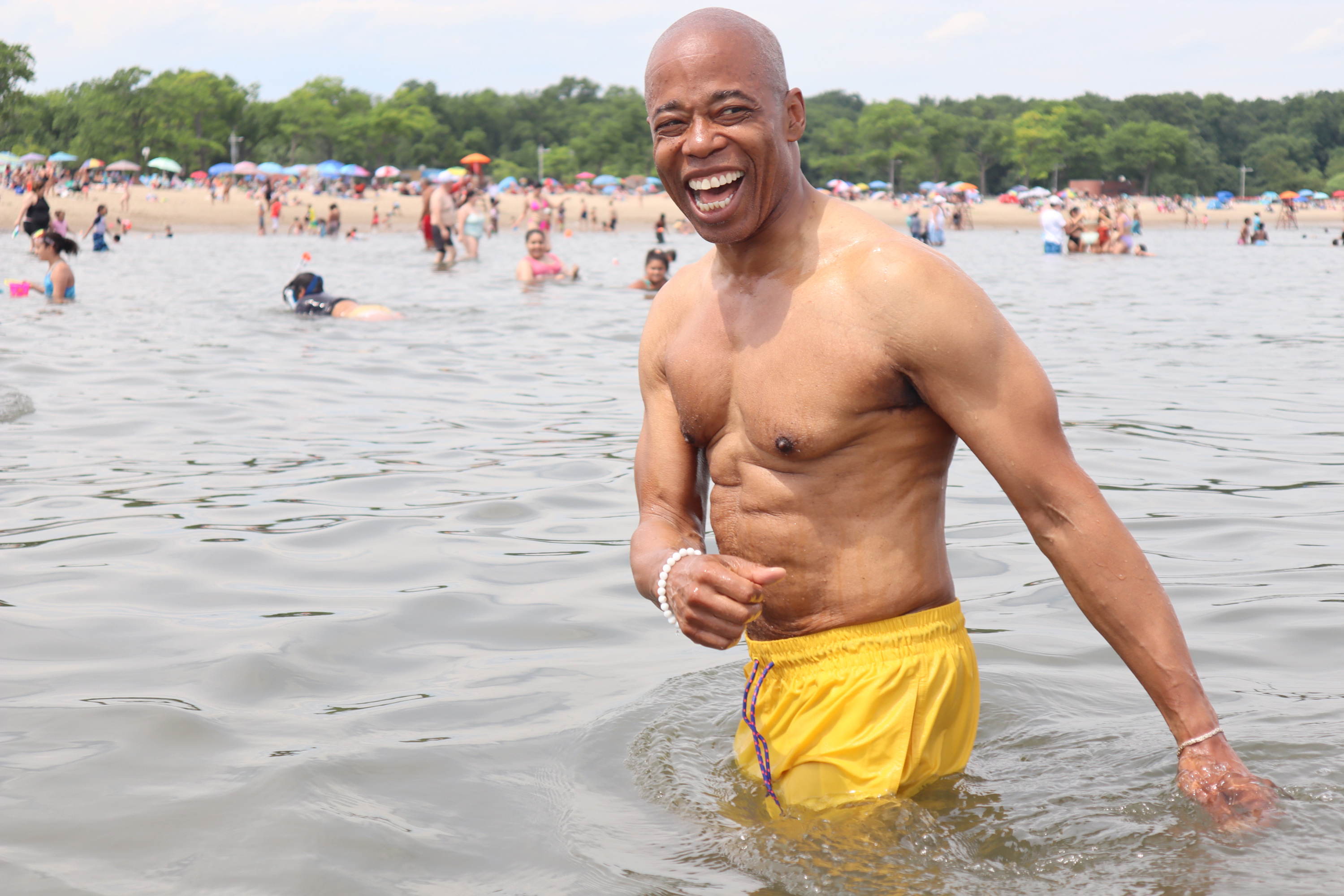 As Brooklyn Borough President, Adams has helped his constituents and fellow New Yorkers gain control of their health through several initiatives, including spearheading a plant-based medicine program within the city’s largest medical system: NYC Health + Hospitals/Bellevue. Adams also worked with current NYC mayor, Bill de Blasio, to implement Meatless Mondays at 15 schools in Brooklyn, a program the mayor expanded to all 1,700 NYC public schools in 2019.

Throughout the COVID-19 pandemic, Adams has continued his commitment to public service by helping to hand out plant-based meals to those in need and creating a public service announcement—with the help of 40 medical professionals—to encourage New Yorkers of color (who are disproportionately affected by the COVID-19 pandemic) to go vegan. In May, Adams authorized a $10,000 discretionary grant to establish the Food as Medicine Initiative, a supplemental program to the existing nutrition curriculum at the State University of New York (SUNY) Downstate College of Medicine which will help future medical professionals understand how plant-based nutrition can be used in medicine. 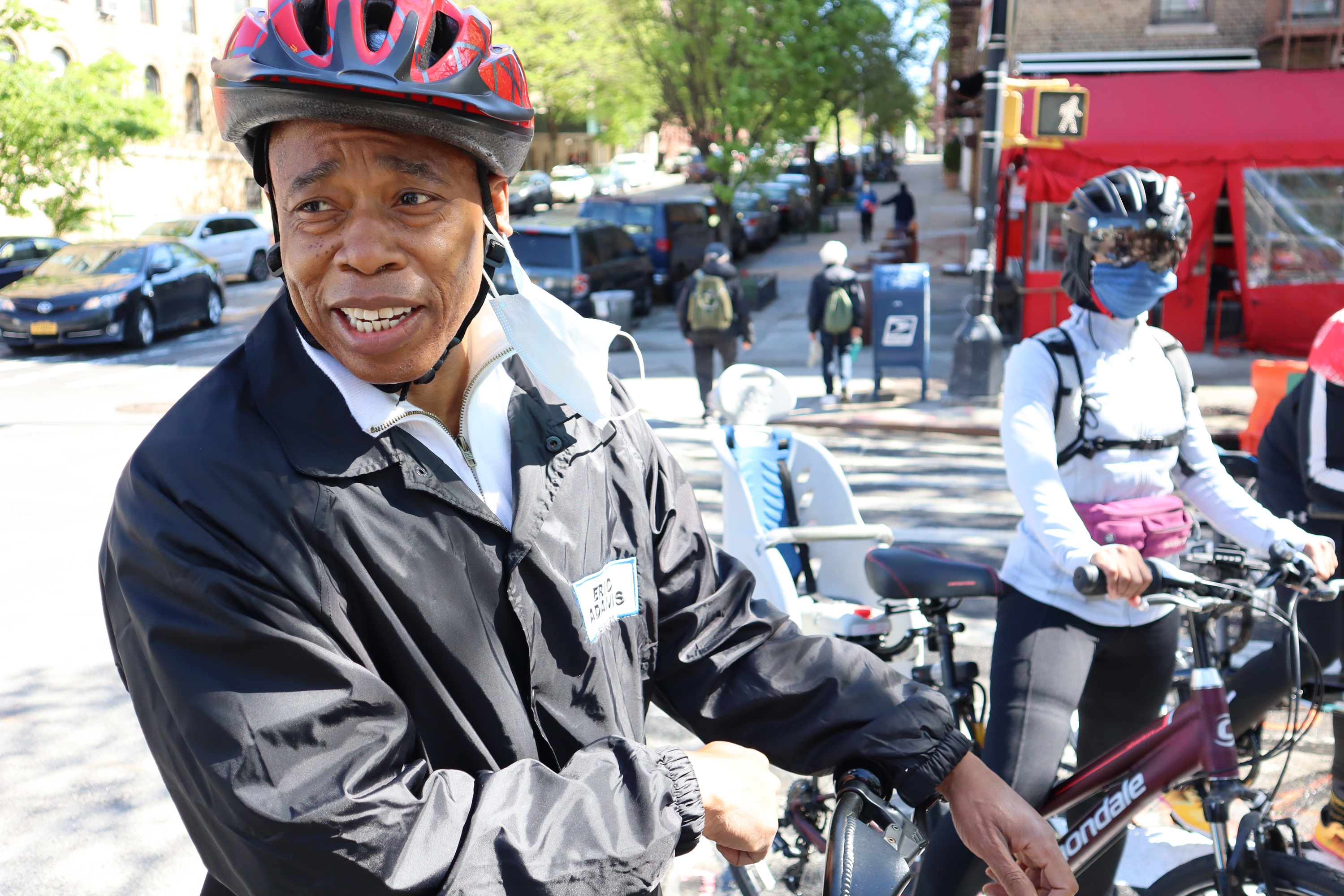 “COVID may have made thousands of New Yorkers sick, but for far too many it was inequality and an unjust, indifferent, dysfunctional government that killed them,” Adams said. “We need action and we need it now. The promise of New York has always been—and must always be—that any New Yorker can be who they were meant to be. When we unleash the potential of New Yorkers by allowing them to thrive, there is no pandemic, no recession, no division that we cannot overcome.”

Adams will take on Republican candidate Curtis Sliwa during the general mayoral election on November 2, 2021 in NYC, a city where nearly 70 percent of registered voters are Democrats.