Musician and entrepreneur Jaden Smith and his mother, actress Jada Pinkett Smith, are donating vegan hygiene products to help the houseless community living on Los Angeles’ Skid Row through a partnership with The ReFresh Spot, an organization that provides Skid Row residents with 24-hour access to showers, restrooms, and other hygienic services. The hygiene products are made by Hey Humans, a vegan and cruelty-free brand Pinkett Smith launched last year at Target which includes items such as body wash, toothpaste, lotion, and more priced at $6 or less each. The Smiths will make monthly donations of Hey Humans vegan products to support The ReFresh Spot’s efforts to help the houseless community on Skid Row. 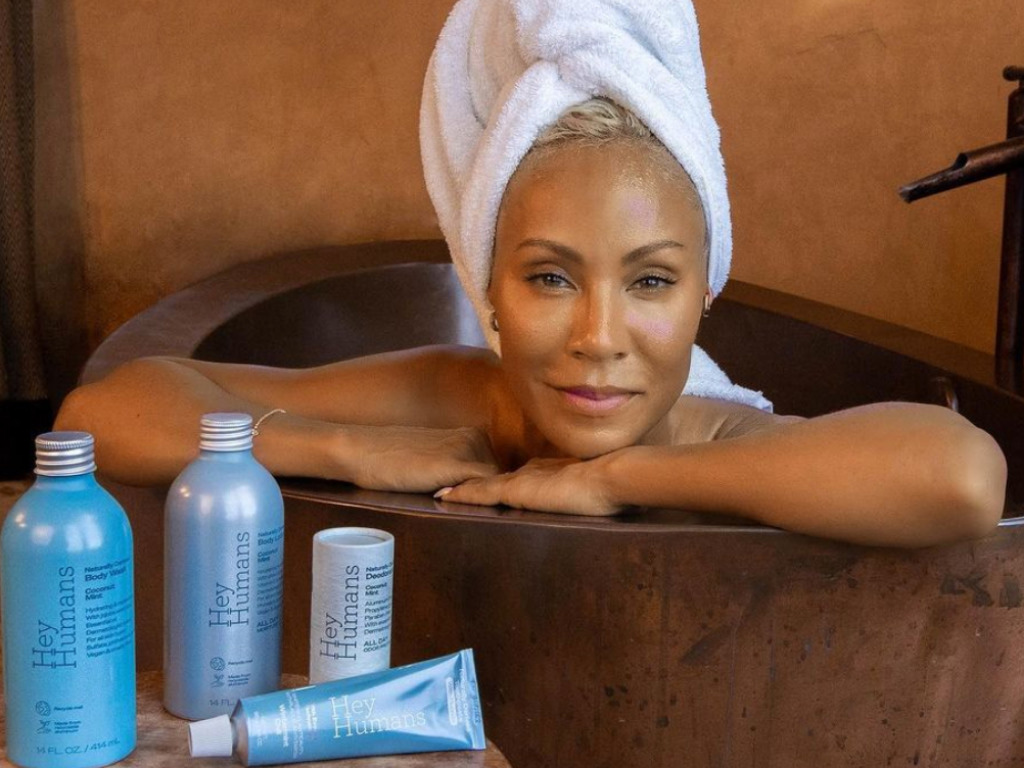 “I’m so pleased to be a part of bringing together Hey Humans and The ReFresh Spot, which helps so many residents of Skid Row find comfort in their day-to-day challenges,” Smith told PEOPLE. “Helping support my mom and her vision while providing dignity and self-confidence through personal hygiene is what this partnership is all about.”

Smith met with The ReFresh Spot program director Evan Clark to discuss the challenges facing unhoused people and gain insight into how the donation has affected them. Clark explained that the community members were loving all of the vegan products, particularly the body washes. During the conversation—which Hey Humans posted on social media—Smith told Clark that he needed to call his mom to tell her the good news. “This is like a family thing for us, for my mom and our whole family. We wanted to just continue to extend ourselves and to help the broader community. That’s what we do,” Smith said before telling Clark that he has many ideas about how to help unhoused residents of Skid Row. 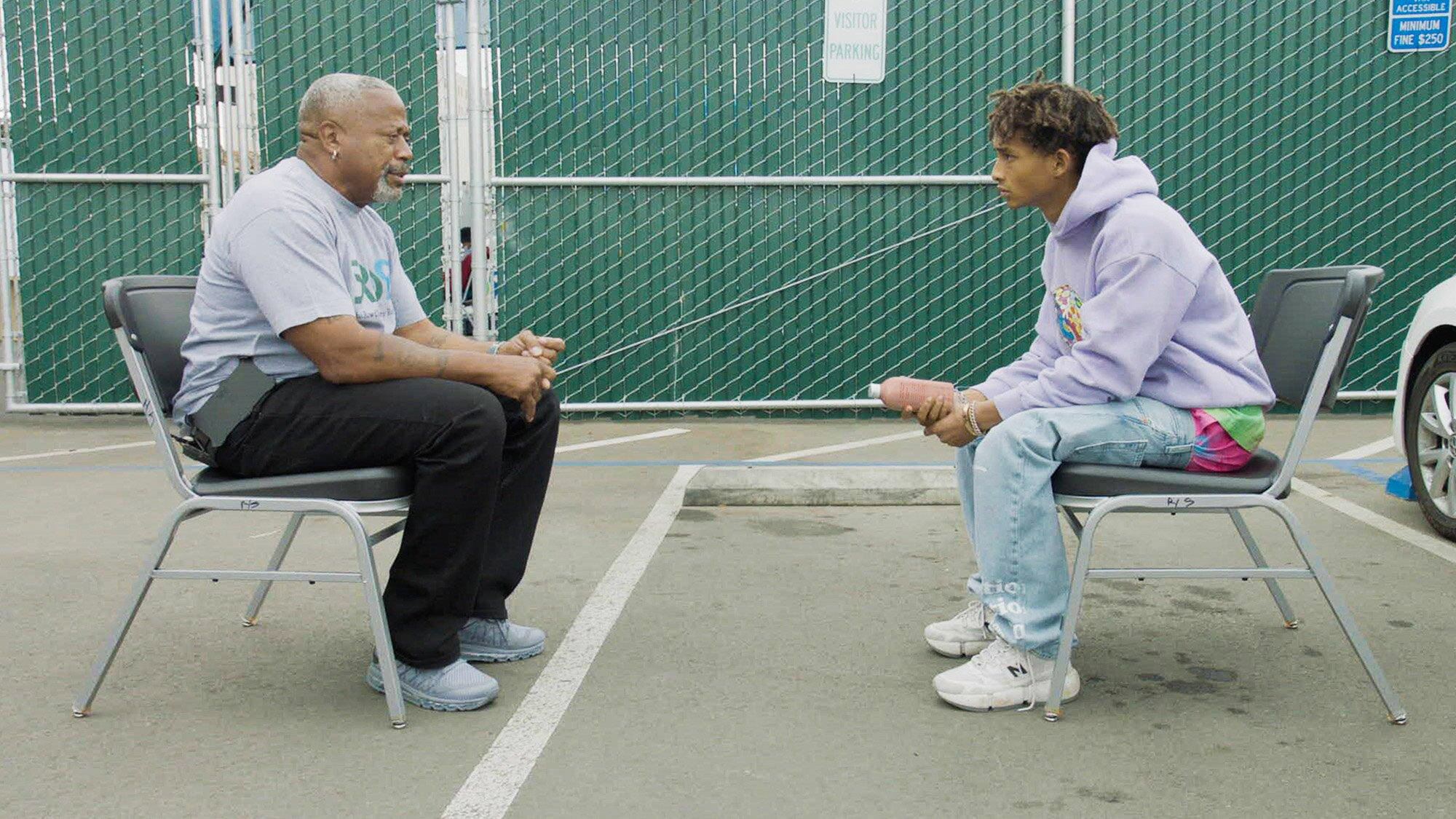 To expand the initiative, Smith partnered with vegan chain Cafe Gratitude in 2019 to create the I LOVE YOU Bowl. The vegan restaurant served the bowl at its four locations to raise funds for 10,000 free bowls to be served through Smith’s I Love You Restaurant, which moved on to help other houseless people in metropolitan areas such as New York City.

Smith is looking to make his I Love You Restaurant a permanent vegan brick-and-mortar business that gives unhoused people access to free plant-based food through a pay-it-forward model. “It’s for homeless people to get free food,” he told Variety about the venture. “But if you’re not homeless, not only do you have to pay, but you have to pay for more than the food’s worth so that you can pay for the person behind you.”

Smith has also promoted sustainability in fashion through an ongoing partnership with New Balance.  Last year, the now 22-year-old entrepreneur helped design the NB for Jaden Smith Vision Racer, a fully vegan shoe that initially launched in a Wavy Baby Blue colorway. In May 2021, the same vegan sneaker launched in a bright pink hue and immediately sold out. 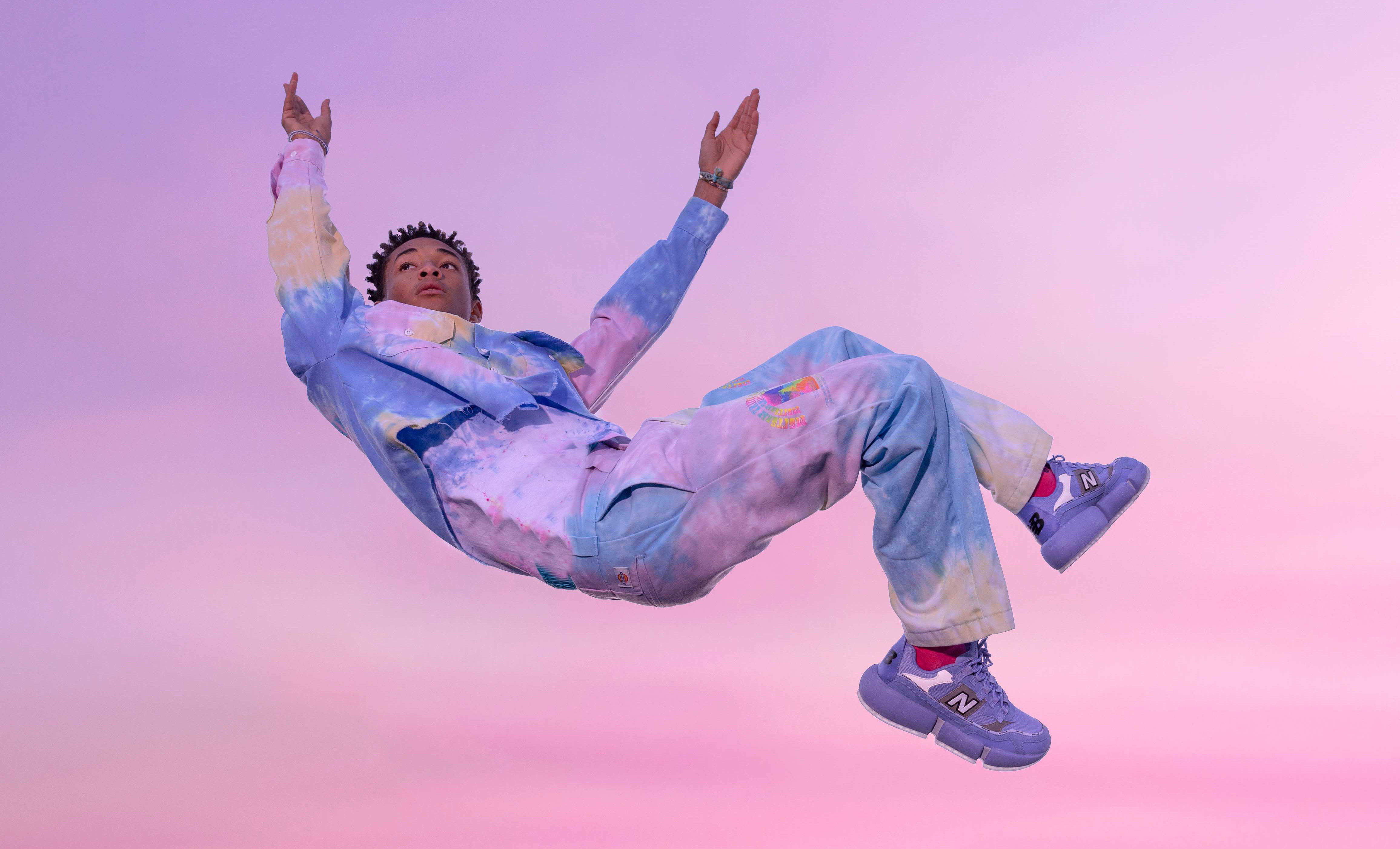 Smith’s diet was the topic of sensationalized headlines in 2019 that claimed his father Will called for an emergency intervention to discuss his son’s poor health as a result of a vegan diet. In reality, Smith was following a vegetarian diet for a year at the time and had food-avoidance issues triggered by stomach pain from unknown sources.

The family discussed their eating habits at length during a 2019 episode of Red Table Talk, a popular Facebook series hosted by Pinkett Smith, her mother Adrienne “Gammy” Banfield-Norris, and daughter Willow Smith.