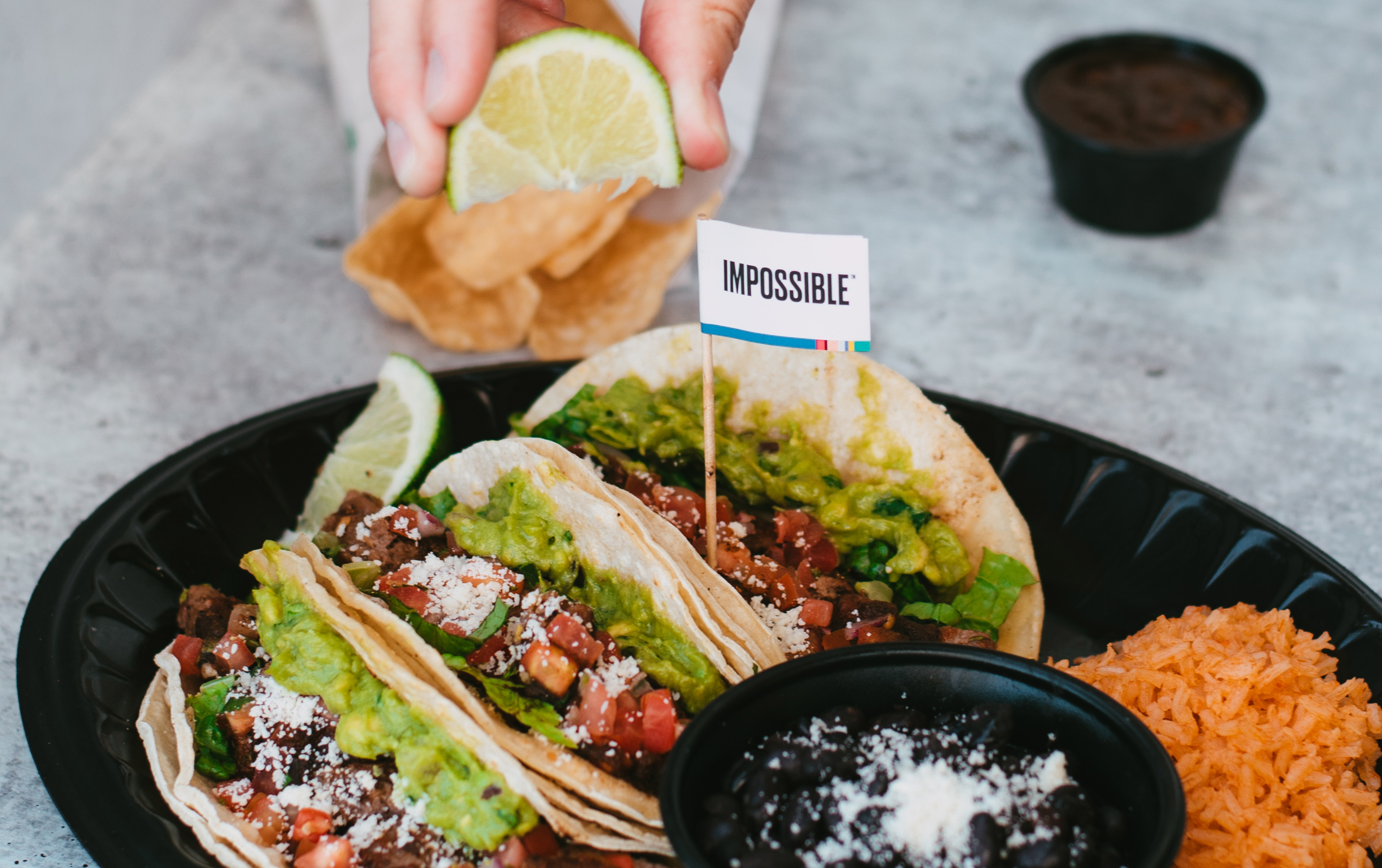 “We are thrilled to announce that Impossible Foods is coming to Baja Fresh locations nationwide,” Aubrey Caruth, Senior Director of Marketing at the chain’s parent company Kahala Brands, said. “Many of our guests have been asking for plant-based protein options and we know Impossible is loved by meat-eaters and vegans alike, so it was a natural decision for us to include it on our menu.”

Founded in 1990, Baja Fresh currently operates approximately 100 franchise locations across the United States. In 2012, the chain briefly tested Gardein’s vegan beef and chicken at two locations in Southern California. Its partnership with Impossible Foods—which puts its plant-based beef on the menu at approximately 80 locations—represents the first time that the chain has offered a plant-based meat option at most of its locations. After the initial rollout, Baja Fresh plans to expand the plant-based meat option to additional outposts.

Mexican chains get a plant-based twist

Baja Fresh joins a growing number of Mexican-inspired fast-food chains to add plant-based meat to their menus. One of the first to go the plant-based route was Del Taco which added Beyond Meat Beef Crumbles to its menu at two Los Angeles area locations in 2018. In 2019, Del Taco expanded the vegan meat—which was featured in two Beyond Taco preparations, one with cheese and the other with avocado—to all of its 560 locations nationwide and revealed that the menu update was Del Taco’s most successful in history, attracting old and new customers alike. 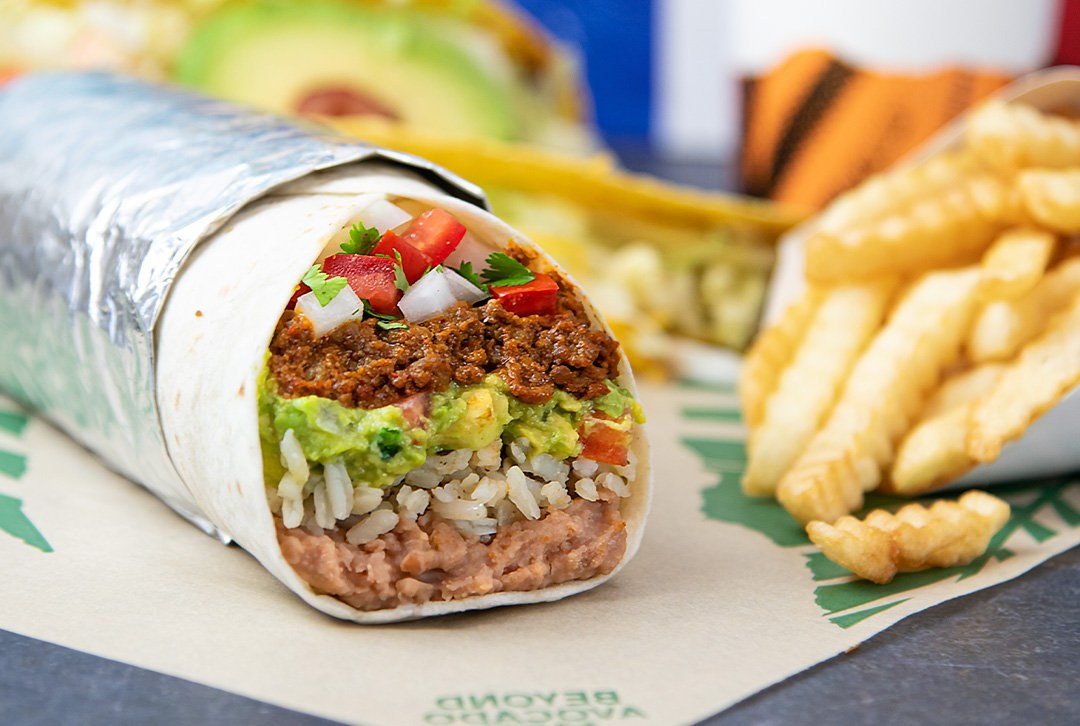 At QDOBA, Impossible Foods’ plant-based meat has been on the menu at its 730 locations since May 2019. The chain offers two menu items: the Impossible Bowl (vegan when ordered without cheese) and the Impossible Taco (vegan, as-is), along with the Grilled Fajita Vegan Bowl the chain launched after the success of its Impossible Meat-based items.

In January, Rubio’s Baja Grill—known for its fish tacos—joined the plant-based party with the addition of Impossible Meat to locations in California, Nevada, and Arizona. Rubio’s plant-based meat is seasoned with a proprietary blend of spices and is available as a replacement for chicken or steak in any of its entrées. Rubio’s also features Impossible Meat in three new menu options: Impossible Taco Salad, Impossible Burrito Especial, and Impossible California Bowl, which can all be ordered fully plant-based upon request.

Taco Bell is also testing the plant-based waters. While the chain is popular for its vegetarian options, especially late at night, Taco Bell has yet to add a formidable plant-based meat to its menu—which will soon change. After unceremoniously removing seasoned potatoes from its menu in July 2020 (and then promptly reinstating them a few months later), Taco Bell announced that it is working with vegan brand Beyond Meat on a never-before-seen menu addition. While the world waits to learn about that development, Taco Bell has teased vegans with a few limited-time launches.

In June, Taco Bell further teased veg-loving customers with another limited launch, this time of a taco shell made entirely of vegan chicken. Developed by innovators at Taco Bell’s Test Kitchen, the vegan chicken shell is made from a proprietary pea protein-based blend that is breaded and fried. Taco Bell tested the shell in the limited-time Naked Chalupa with a Crispy Plant-Based Shell, a meat-free version of its Naked Chicken Chalupa filled with lettuce, cheddar cheese, diced tomatoes, and avocado ranch sauce—ordered vegan without the cheese and sauce.

The super limited launches of both the Cravetarian Taco and the Naked Chalupa with a Crispy Plant-Based Shell—which were only available at one location for a few days each—allowed Taco Bell to experiment with fun plant-based innovations while exploring a larger, separate launch with Beyond Meat.