You might think leading plant-based meats are replacing animal meats. They certainly must be making a huge dent, right?

But, how do we know? What data do we have, and what assumptions are we making? A closer look reveals we actually may know little about what’s really going on.

The latest retail sales data available shows 45-percent growth in the meat alternative category in 2020 over the previous year. Sounds impressive, and it is certainly a positive sign. But it was also the pandemic, and all retail sales were up, including sales of animal meat.

So how did plant-based meat do in comparison to animal meat? Plant-based grew at twice the rate of animal meat, but high growth is often a reflection of a low starting point (that’s why we tend to see less growth in plant-based milks, because it’s a more mature category and so has less “room to grow” compared to the alt-meat category).

Also, growth does not tell us anything about the absolute value of the category as compared to animal meats. In dollars, 2020 plant-based meat retail sales were $1.4 billion. Impressive, until you realize that total fresh beef sales alone topped a whopping $30 billion (up $5.7 billion from 2019).

In other words, just the increase from 2019 to 2020 in fresh beef sales was more than four times the total sales of all plant-based meats at retail.

With that perspective, let’s examine the claims that brands such as Impossible Foods and Beyond Meat are displacing animal meat. 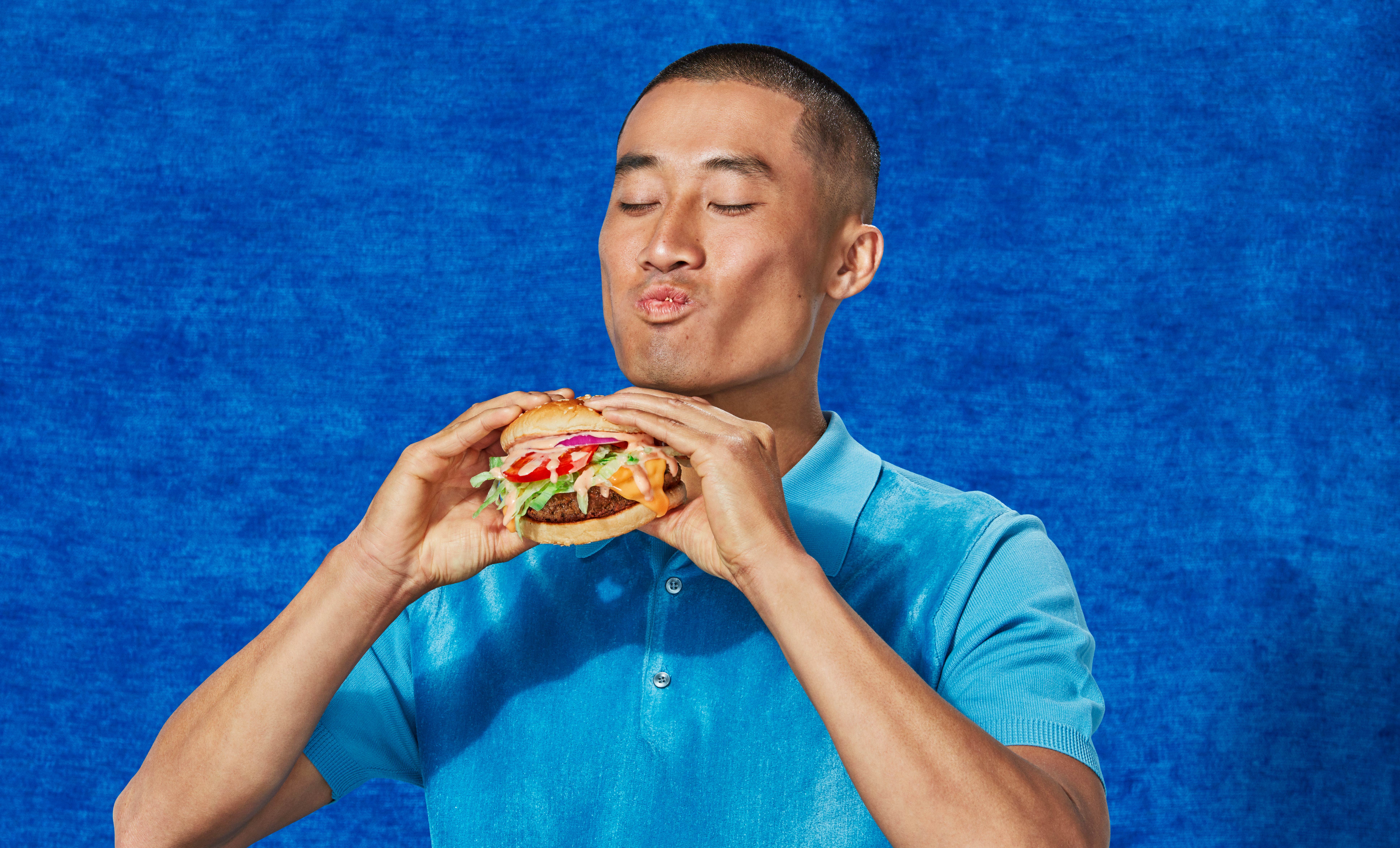 I have often seen a variation on the claim that 90 percent of consumers of plant-based meat are animal meat eaters, which sounds impressive, and has likely given rise to the assumption that animals are being saved. But where does that stat come from?

In 2019, a consumer data company called the NPD group released this number, but the context is revealing. They found “that plant-based food consumption is not about rejecting traditional protein sources, as about 90 percent of plant-based users are neither vegetarian nor vegan, noting that consumers want options.”

In other words, consumers who eat plant-based are still also eating meat. Why is this a good thing? It seems many are assuming that these consumers are displacing animals, but a reasonable reading of the NPD finding is the exact opposite: while consumers are sometimes choosing plant-based options, they are not giving up animals anytime soon.

The NPD analyst explained further: “The country is not becoming more vegetarian or vegan. We see meat eaters saying, ‘Hey, how else can I get protein in my diet without necessarily adding more meat?’”

Other similar claims come from the companies themselves. According to this 2019 article, Impossible Foods said, “95% of people who order their burger regularly consume animal products”. Beyond Meat said, “Purchase data from one of the nation’s largest conventional retailers showed that more than 90% of consumers who purchased the Beyond Burger also purchased animal protein”.

Because I could not find the source of the Impossible Foods stat, I cannot fact check it or understand its context. We can unpack the Beyond Meat claim because it’s based on retail purchase data. The source is likely what is called “household panel data”. (This blog has a good explainer.) This type of data tells us what households are purchasing in general. 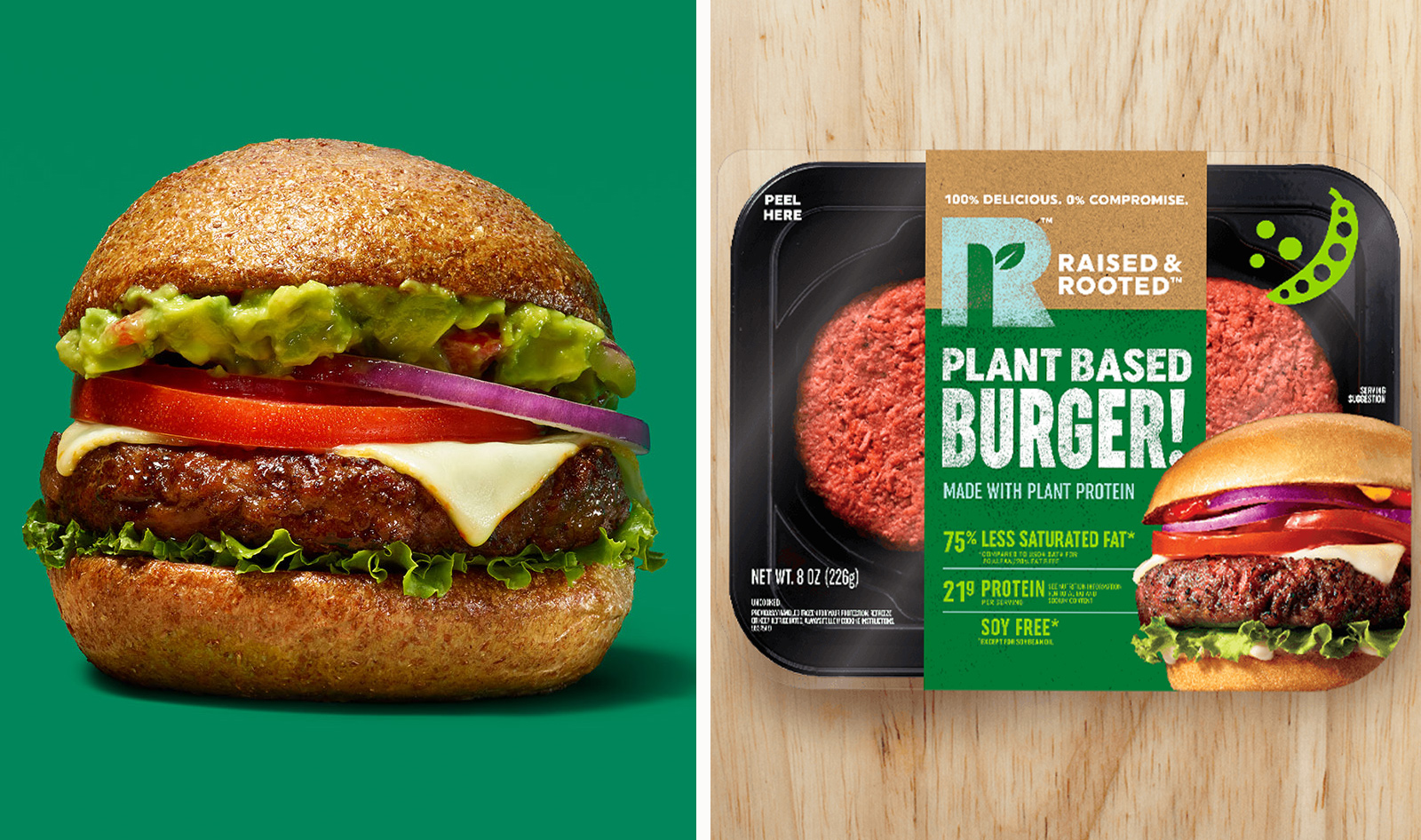 Are consumers displacing other vegetarian meals?

Let’s explore alternatives to the animal displacement theory. We cannot ignore that many vegans and vegetarians are purchasing these vegan burgers, too. While it’s true this group represents a small part of the population, it’s still significant. For these consumers, the only food they are displacing is other vegetarian options.

Here’s the thing: that could also be true for non-vegetarian consumers.

Much has been made of the “flexitarian” consumer as the main driver of the growth of plant-based foods. These are consumers who are swapping out meat occasionally for plant-based options. They certainly help explain the mainstreaming and growth of the category, given that one survey estimates this segment as high as 36 percent of the population.

But we still do not know if even this population is displacing other vegetarian options. We are simply assuming that because they sometimes eat animals, they must be displacing animal meat with plant-based food. But we have no data to support this.

I can hear people say, “But these people are new flexitarians.” That Beyond and Impossible are attracting new flexitarians so they must be displacing animal meat! Certainly, a viable theory. All I am saying is, show me the data. Just claiming that self-described flexitarians are contributing to sales growth is not enough; we still need to know much more detail about these consumers’ eating habits before we can celebrate.

Even Tyson seems to favor the displacement of other veg options for obvious reasons: Tyson does not want to cannibalize its own meat sales. In May, the meat giant re-released its “Raised and Rooted” line with 100-percent plant-based products, after a failed “blended” burger and egg-laden chicken nugget. “People are swapping out other meals, like carb-based or vegetable meals, and actually replacing them with higher protein,” Tyson explained to Business Insider. This means that Tyson’s target customer is not the meat-eater but rather someone eating other veg options—which one could argue is a horrible outcome for no reduction in animals killed or harmful environmental impacts from factory farming—and replacing a healthier “carb-based or vegetable” meal with a highly processed option instead. (See the long list of ingredients for the Tyson burger here and the chicken nugget here.)

I have the same questions for fast-food chains such as Burger King, where we have seen a huge celebration for the Impossible Whopper. Restaurants put plant-based options on the menu not to cannibalize their meat options, but rather to be “on trend” and avoid the dreaded “veto vote.” This occurs when a group of diners is deciding where to eat, and someone is vegetarian or vegan. If your restaurant cannot accommodate that eater, you lose the entire party.

Let’s say a family of five decides to go to Burger King. The teenage daughter is vegan, so she gets the Impossible Whopper. The other four family members order regular meat burgers. It’s entirely possible in this scenario that the Impossible Whopper being on the menu causes more animals to be eaten, not fewer. Why? Because there aren’t many other options for the meat-eaters who would maybe consume less meat somewhere else—say a pasta dish or a salad. Here, it’s either eat the vegan burger or eat meat.

With zero evidence of animal displacement, our movement needs to eat a big piece of vegan humble pie until we know for sure the marketplace is making even a dent in animal food consumption. In the meantime, keep enjoying your favorite vegan burger, while also being an advocate for policy change. The market is inherently limited in its ability to curb meat consumption.

As I explained before, to ignore what the purveyors of the factory farming system are doing in favor of the market is to ignore the underlying causes of what got us here. It’s like our house has a faulty foundation, and we think that giving it a fresh coat of paint will solve the problem. Simply swapping out animal meat with a plant-based burger in a Whopper is only addressing one symptom of a much larger problem, while ignoring the structural underlying causes.

Many wonderful organizations are trying to address these structural and policy issues, from Farm Forward to Food and Water Watch to Public Justice. Find an organization that is going after the meat industry directly if you truly want to help animals.

Michele Simon is a public health attorney, author, and founder and former executive director of the Plant Based Foods Association. Follow her on Twitter.

After Three Decades at Tyson, Two Meat Execs Jump Ship to Work for Beyond Meat