“[Being the first] means a great deal to us, and we’re proud of it, but it’s just the first step,” Zewiditu Ruffin, Cloudy Donut Co.’s Partnerships Director and Brooklyn Heights shop operator, tells VegNews. 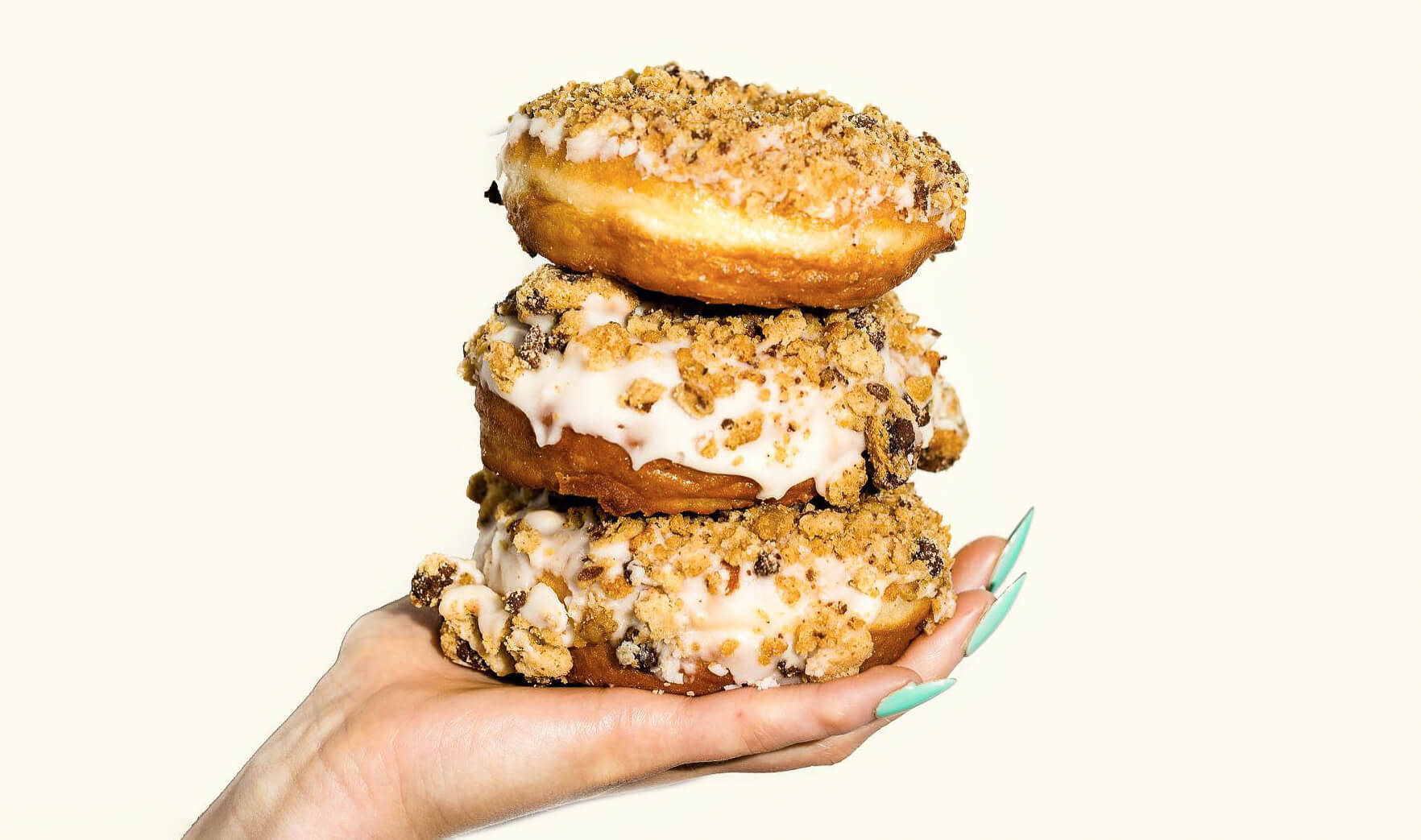 Companion dogs are also able to join in on the fun with two tasty, dog-friendly doughnuts: the Lil Bow Wow (a cookies-and-cream doughnut made with vanilla glaze and crumbled dog treat toppings) and the Snoop Doggy (featuring peanut butter glaze and cheddar-flavored dog treats).

Cloudy Donut Co.’s Brooklyn Heights location is the doughnut brand’s first shop in the state of New York, but it first rose to prominence in Baltimore, MD.

The making of Cloudy Donut Co.

Faulcon first found inspiration for Cloudy Donut Co. when he began frequenting Donut Alliance, a vegan doughnut shop located in the same Baltimore neighborhood as the restaurateur’s famed brunch spot Home Maid. After he became mesmerized by the shop’s fluffy sweets, Faulcon decided he wanted to be part of the brand and approached the owners hoping to develop a business partnership.

Instead, the owners surprised Faulcon when they shared they were ready to move on and were open to selling the business. The restaurateur jumped at the opportunity and immediately got to work.

While Faulcon’s Home Maid isn’t a vegan establishment, he was steadfast in his commitment to ensure Donut Alliance remained a fully plant-based operation. He overhauled the doughnut shop’s branding and renamed the business Cloudy Donut Co.—an homage to the soft and cozy cloud-like texture that first made him fall in love with Donut Alliance. 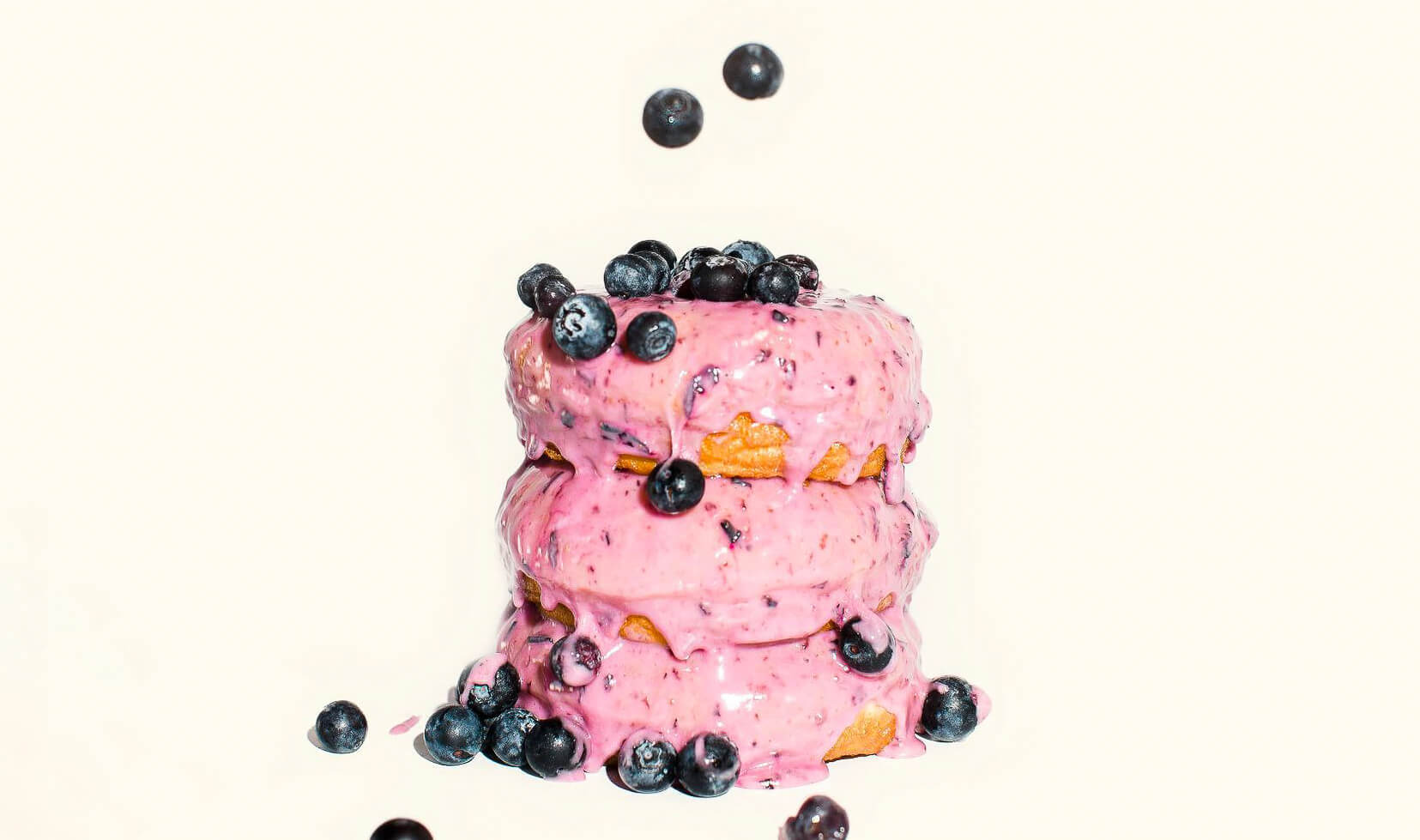 Cloudy Donut Co. officially opened in 2020 in Baltimore’s Hamilton-Lauraville neighborhood, amid the height of the COVID-19 pandemic. While most businesses found themselves struggling to stay open, Cloudy Donut Co.’s grab-and-go model made new and old customers alike feel safe enough to stop by for treats.

“There was already a small, built-in audience with Donut Alliance,” Ruffin says. “While our brunch [at Home Maid] is not vegan, our customers trusted that if we could make a quality brunch, of course they would try the doughnuts.”

The resurgence of the Buy Black movement following the murder of George Floyd also drew new customers to the shop.

Due to Cloudy Donut Co.’s immense success, a second Baltimore location opened in the city’s Federal Hill neighborhood in 2021. And now, the doughnut brand’s recently opened third location, and first in Brooklyn, already boasts lines out the door.

Ruffin has been with Faulcon every step of the way, from sitting down with the owners of Donut Alliance to now operating the new Brooklyn Heights location, where Cloudy Donut Co. has the power to pave the way for other Black-owned businesses.

Faulcon and Ruffin have chosen to open Cloudy Donut Co. locations in predominantly white, affluent areas in an effort to bring increased visibility to Black-owned and operated businesses outside of usual bubbles. Ruffin refers to this model as her definition of “reverse gentrification.”

“Reverse gentrification is this ideology that we bring out Black-owned businesses into predominantly white, affluent neighborhoods in order to bring visibility, diversity, and awareness,” Ruffin explains. “We’re bringing quality products, connecting with the local community, and hiring a [diverse group] of people who don’t have to have a culinary background.”

“A few days before we opened, we had a private event that was exclusive to the neighborhood. We knew Cloudy Donut Co. was going to be a sensation, there were going to be lines, and we wanted the community to have the first bite,” Ruffin says. “We didn’t want to come in and say, ‘We just work here.’” 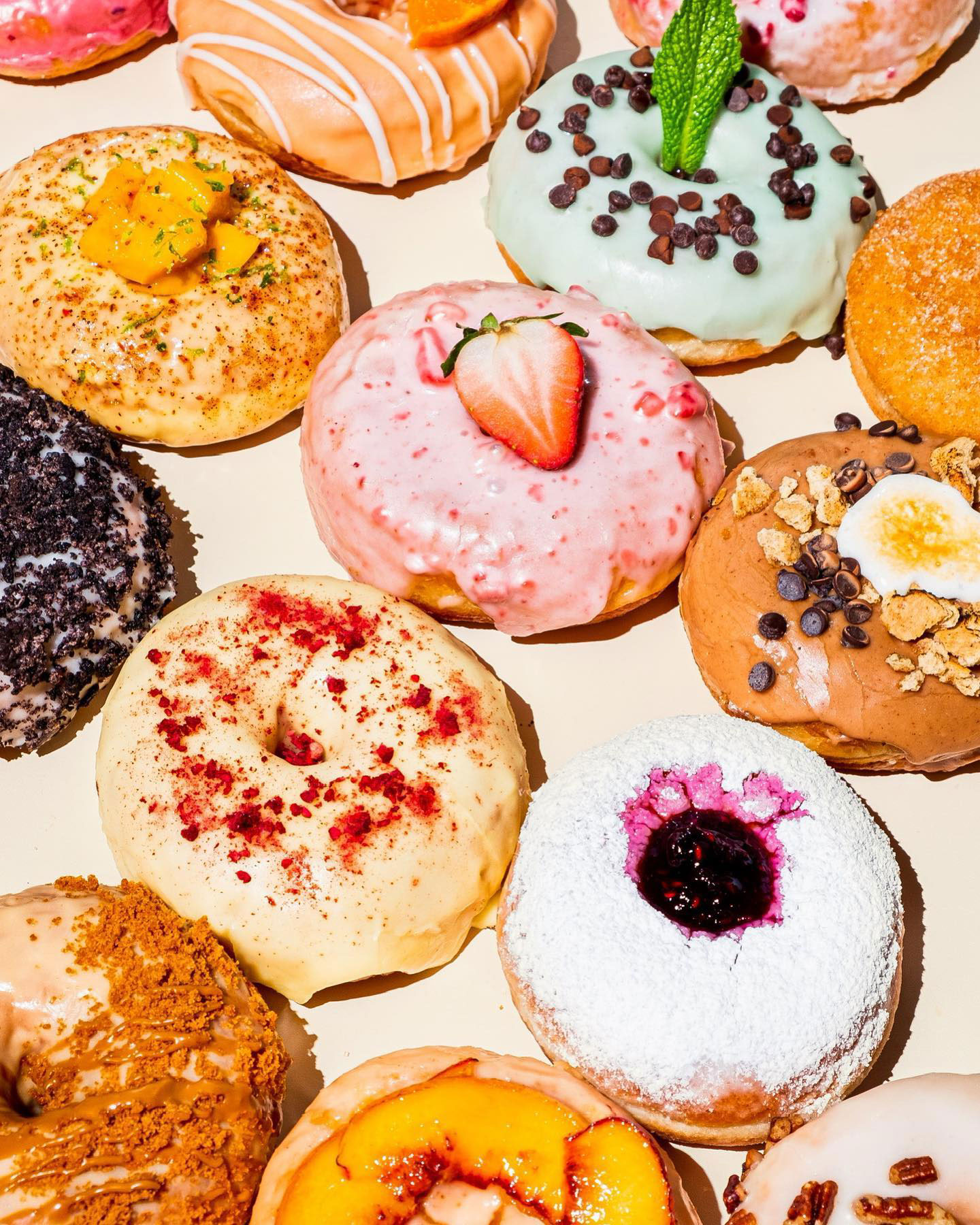 With their experience and success, Ruffin and Faulcon hope to help other Black entrepreneurs realize their dreams. The duo is already empowering chefs of color through a pop-up series set to roll out in the new year. The guest chefs will each create specialty vegan desserts that will be featured on the Cloudy Donut Co. menu.

“[Faulcon] and I have a goal to uplift and provide education to Black and people of color that are interested in the culinary space,” Ruffin says. “We want to provide specific systems and education to people and create a conversation that isn’t being had.”