There is a time for coffee shops, but even with the efficiency of mobile ordering, canned lattes bring a new meaning to coffee-to-go. The single-serve bottled varieties have been improved upon with La Colombe leading the way, swapping the bottle for a can, and creating the world’s first draft latte. Other coffee companies followed suit, and now consumers have their choice of chilled plant milk lattes to enjoy on-the-go. Here are 10 of our favorites. 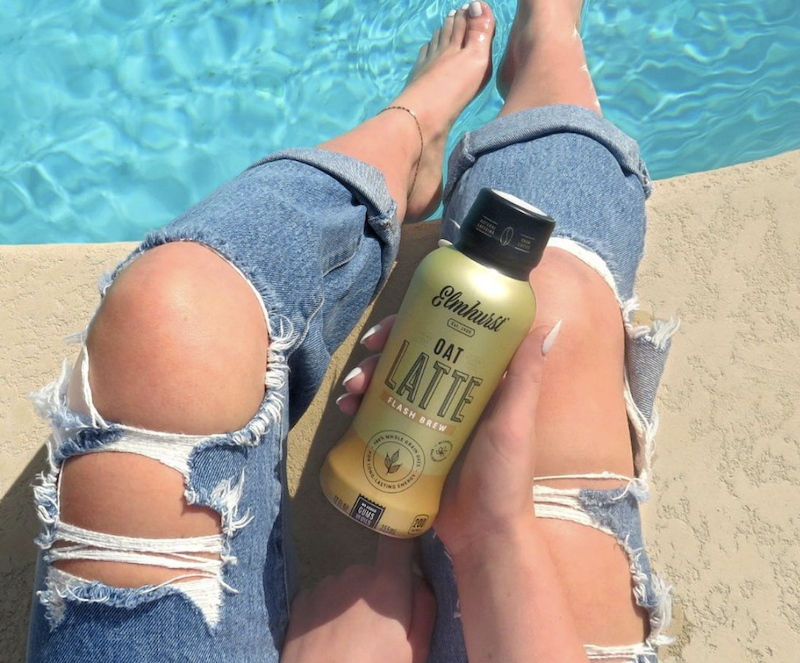 This family dairy-turned-plant-milk-company is doing more than “milking nuts.” Known for its minimal-ingredient nut milks such as walnut, almond, and cashew, Elmhurst recently debuted a collection of four shelf-stable, oat-based coffee, and tea lattes. The line includes Matcha and Flash Brew. Each single-serve carton is free of gums, emulsifiers, and carrageenan, delivering on the Elmhurst promise of natural and minimal ingredients. 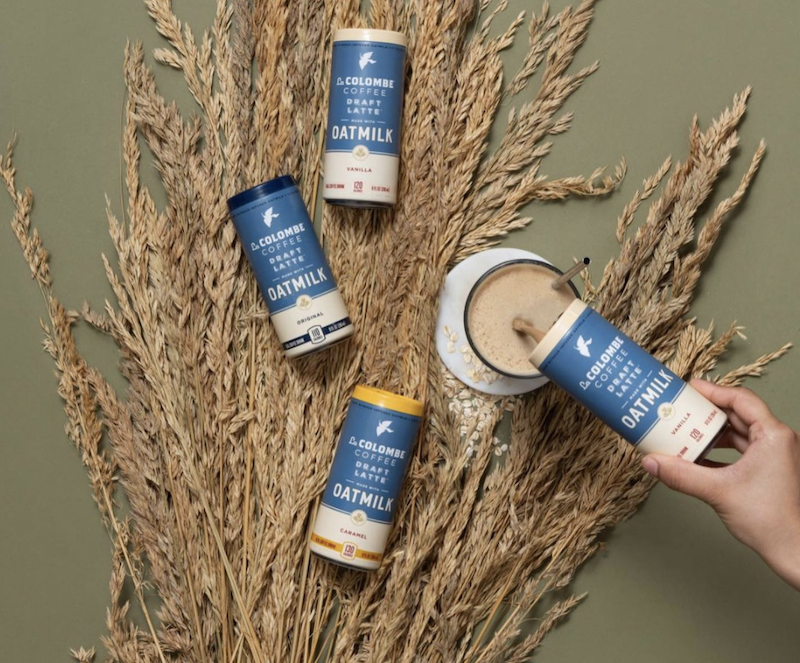 Based on a combination of creative ingenuity and perhaps a bit of magic, La Colombe created the first draft latte in a can in 2016. Since its inception, the company expanded the line to include oat and coconut milk varieties. Current flavors include Oatmilk and Cold Brew and Oatmilk Vanilla. 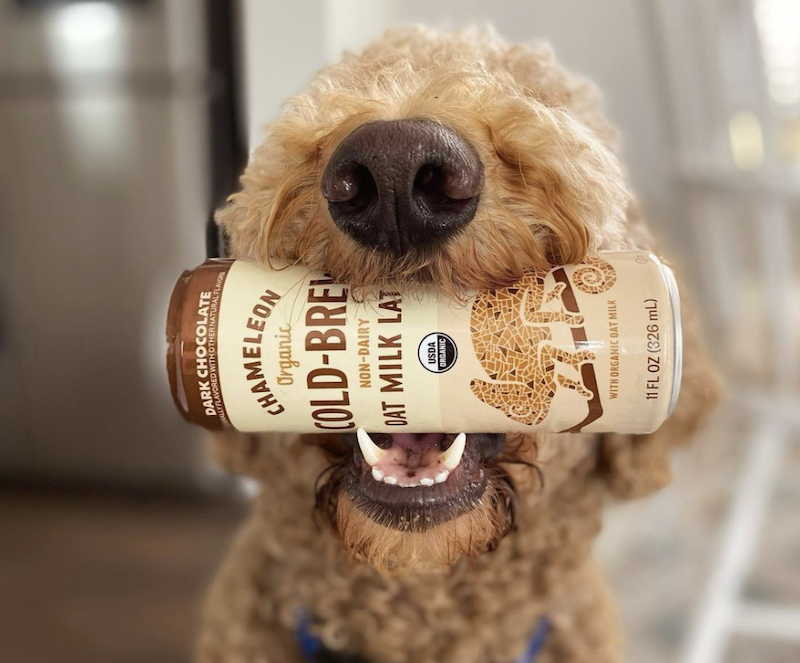 We fell in love with this cold-brew brand when we first sipped its bottled, boldly flavored black coffees. Its two non-dairy canned lattes are equally as satisfying (and still provide a noteworthy caffeine kick). Both options—Dark Chocolate and Maple—feature creamy oat milk combined with the company’s signature organic cold brew. 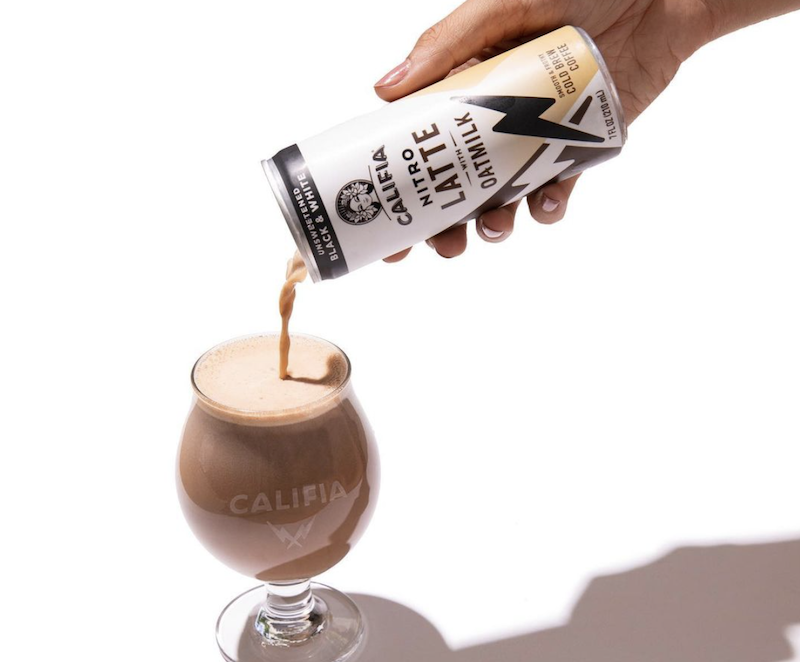 Fans of the Califia Farms bottled lattes need to add these canned varietals to their fridges and beach coolers. Each oat milk-based latte provides a satisfying pop and fizz thanks to the nitro infusion. Flavors include XX Espresso and Salted Caramel. 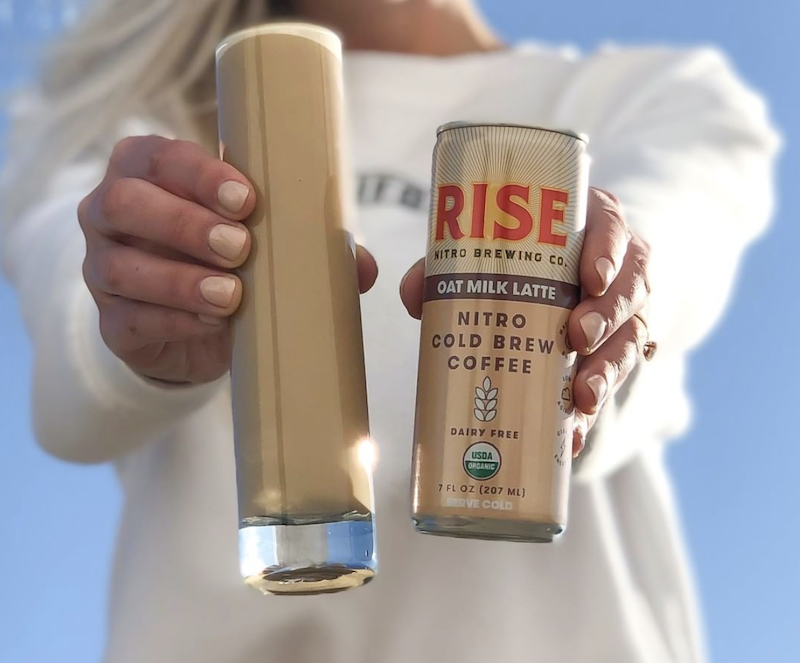 Toss a few of these creamy nitro cold-brews into the cooler before you head off to a picnic. These oat milk beverages retain a smooth and foamy finish in the can—just make sure to not shake them up too much before opening, or you could end up wearing your latte. Flavors include Original Black, Oat Milk Latte, Oat Milk Mocha, and Oat Milk Vanilla. 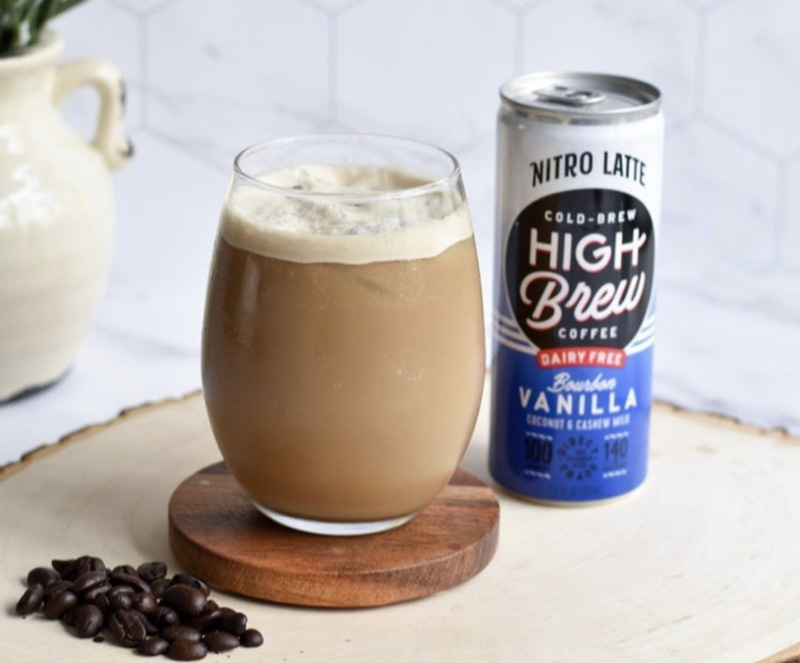 While oat milk seems to be the popular choice amongst canned latte competitors, High Brew breaks the mold with its coconut and cashew milk cold-brew beverages. The company also offers more than just the standard latte or mocha (though they have those, too). Fun flavors range from Toasted Coconut to Bourbon Vanilla. 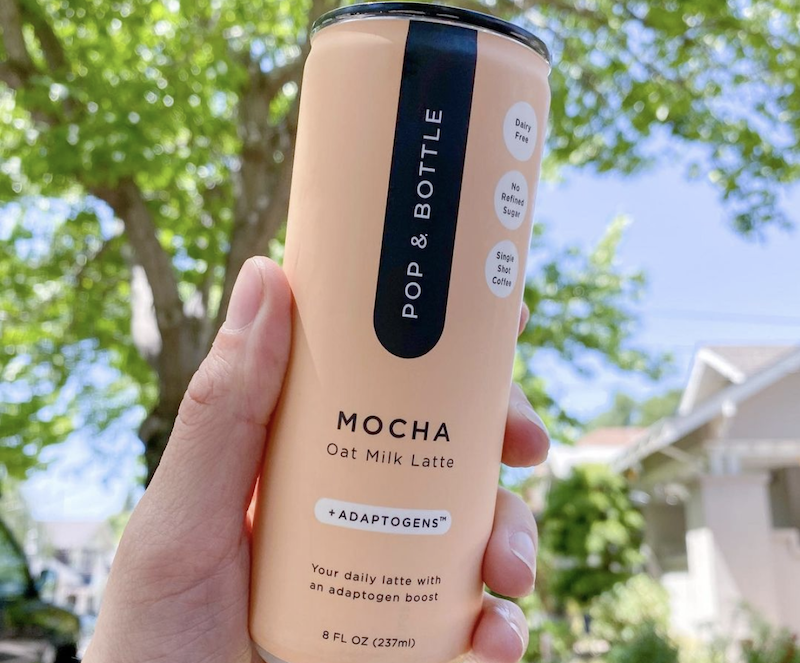 For more than just a jolt of caffeine, reach for a can of Pop & Bottle. Each oat milk-based beverage includes good-for-you ingredients such as coconut MCT oil, antioxidants, and adaptogens. Vegan-friendly options include the Classic and Mocha—skip the Vanilla, as it contains animal-based collagen. 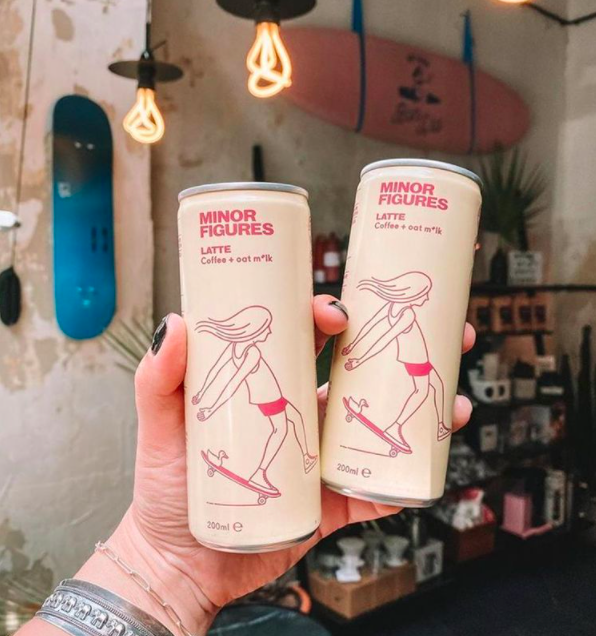 At this London-based brand, coffee isn’t just roasted—it’s also flash brewed and steeped for hours to create a complex, bright flavor. Reach for an Oat Latte for a classic caffeine kick, or opt for the Oat Mocha for an added dash of sweetness. 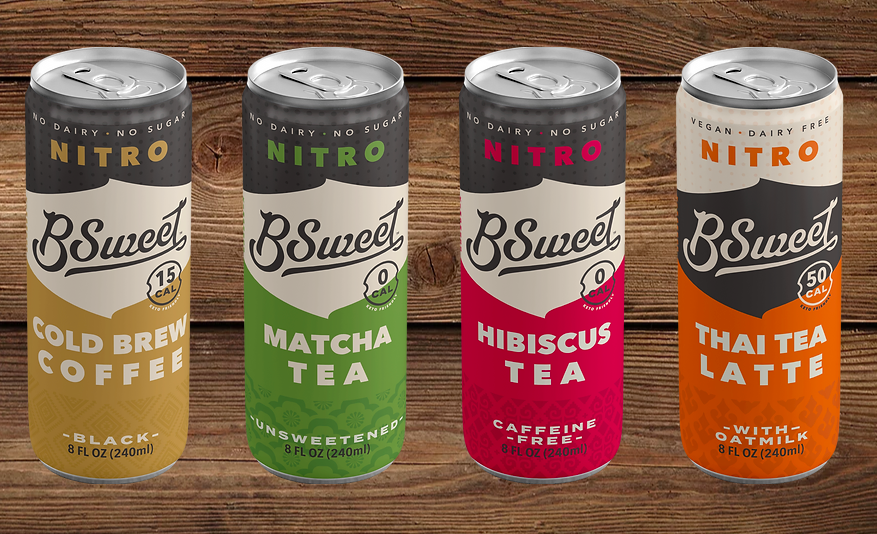 This Los Angeles-based brand boasts a vegan-friendly dessert bar, food trucks, and now, they’re bringing their signature lattes to the masses. Made with oat milk for extra creaminess, the Matcha Tea and Thai Tea Latte varieties are guaranteed to satisfy. For a one-of-kind drink, the Ube Latte can’t be missed. 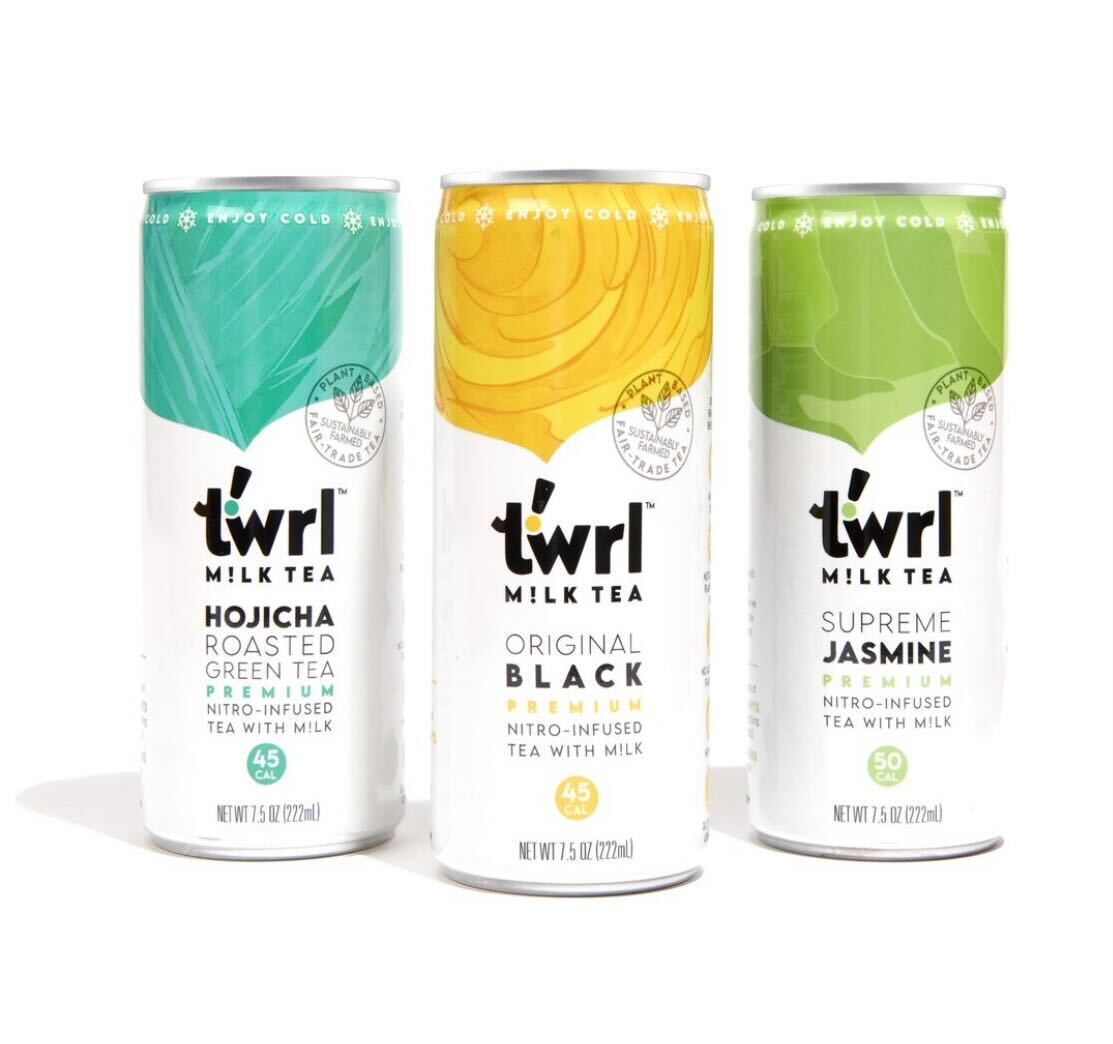