Eating a healthy plant-based diet may substantially slow the rate of cognitive decline in older Black adults in the United States, according to preliminary research from the Rush Institute for Healthy Aging.

The study’s findings showed a healthy plant-based diet slowed the decline of cognition, perceptual speed, and episodic memory (the ability to recall personal experiences associated with a particular time and place) for Black adults more than it did for white adults. The findings were recently presented at the American Heart Association’s Epidemiology and Prevention, Lifestyle and Cardiometabolic Health conference in Chicago, IL.

In the study, researchers analyzed diet and cognitive performance over a decade for 4,753 Black and white adults who were an average of 74 years old at the start of the study. Based on their scores from self-reported dietary patterns, participants were divided into three groups: those with healthy plant-based diets high in fruits, vegetables, nuts, whole grains, legumes, vegetable oils, tea, and coffee; those who ate a less-healthy plant-based diet that included fruit juices, refined grains, potatoes, sugar-sweetened beverages, and sweets; and those who ate a diet with animal fats from dairy, eggs, meats, fish, or seafood. 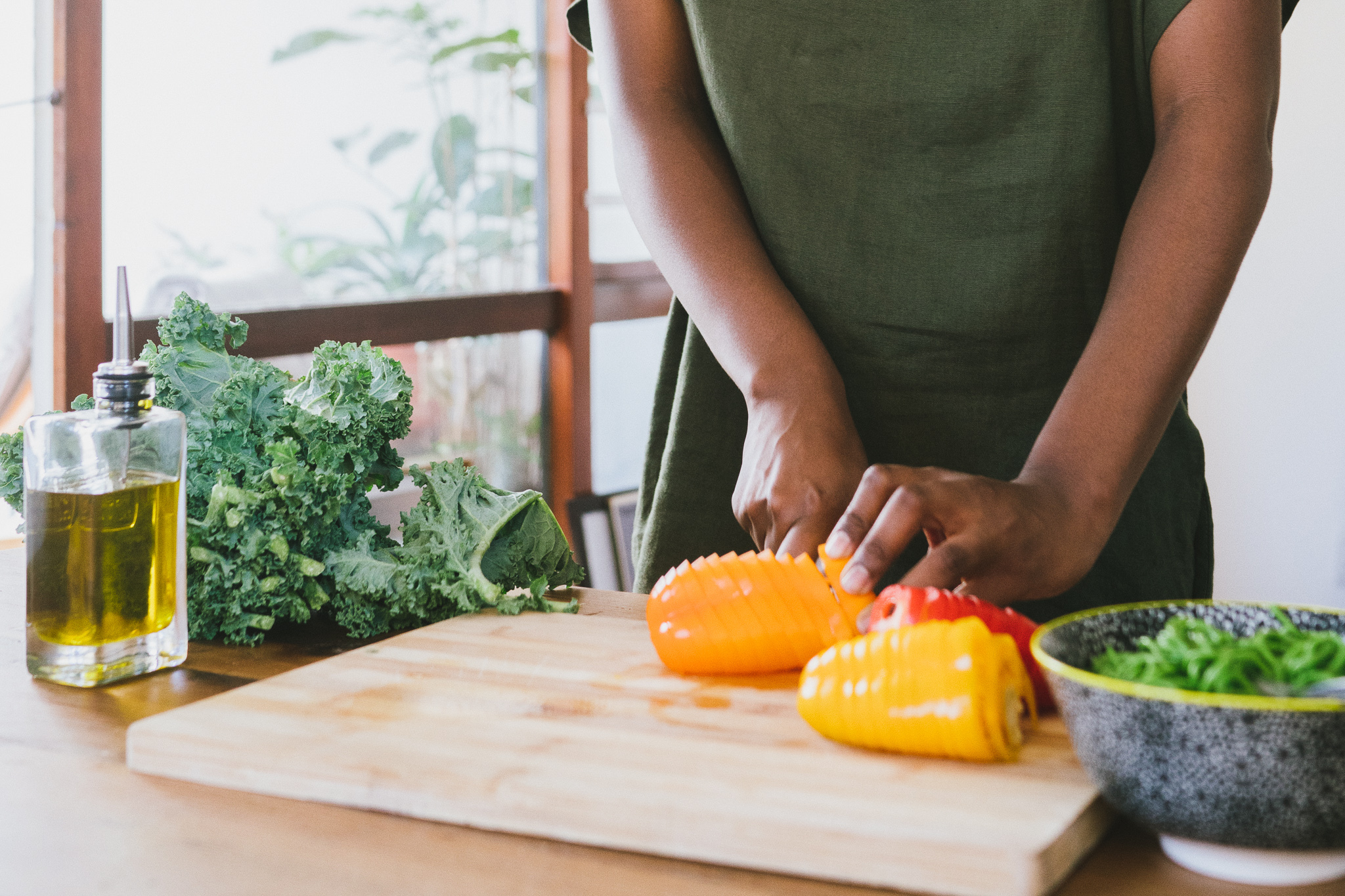 The impact of diet on perceptual speed and episodic memory was even more dramatic for Black adults. Those who ate the healthiest plant-based diet experienced a 49.3-percent slower decline in perceptual speed and a 44.2-percent slower decline in episodic memory than participants who ate a diet with more animal foods. The findings are considered preliminary until a full study is published in a peer-reviewed journal.

Other studies have linked a plant-based diet to a lower risk for stroke, heart disease, and Type 2 diabetes. And, although previous studies have found healthy dietary changes can slow cognitive decline, little research has looked at the impact on Black adults—who face roughly twice the risk for dementia as non-Hispanic white adults.

The study’s lead researcher, Xiaoran Liu of Rush University Medical Center’s Institute for Healthy Aging in Chicago, said the disparity between Black and white adults could be because Black adults are at higher risk for cardiovascular problems, which affect cognitive health.  Reducing that risk by eating a heart-healthy, plant-based diet may have a more pronounced impact on their brain health than on people whose risk is lower. Black people in the United States face those higher cardiovascular risks for a number of reasons, including systemic and societal disparities that historically have limited access to nutritious foods and other resources that can lower such health risks.

For more on the health benefits of a plant-based diet, read:
5 Heart Health Tips From Plant-Based Medical Pros
10 Vegan Foods You Should Be Eating to Fight Stress
First Study of Its Kind Links Vegan Meat to Better Gut Health