In order for the world to have any chance at reversing the climate crisis, methane emissions must be slashed by 33 percent by 2030, the latest report from the Intergovernmental Panel on Climate Change (IPCC) warns. Methane is a potent greenhouse gas that is 80 times more potent than carbon dioxide and its reduction is critical to preventing climate catastrophe. The majority of methane emissions are attributed to animal agriculture, followed by food waste disposal and fossil fuel production.

In its report, the IPCC explained that from 2010 to 2019, the average global greenhouse gas (GHG) emissions were at their highest in human history. In the scenarios it assessed, the IPCC found that GHG emissions must peak before 2025 and be reduced by at least 43 percent by 2030 to limit climate change. The panel found that the global temperature will stabilize when carbon dioxide emissions reach net zero. In terms of global warming, for 1.5°C (2.7°F), this means achieving net zero carbon dioxide emissions globally in the early 2050s; for 2°C (3.6°F), it is in the early 2070s.

“We are at a crossroads. The decisions we make now can secure a liveable future. We have the tools and know-how required to limit warming,” IPCC Chair Hoesung Lee said in a statement. “I am encouraged by climate action being taken in many countries. There are policies, regulations, and market instruments that are proving effective. If these are scaled up and applied more widely and equitably, they can support deep emissions reductions and stimulate innovation.”

The IPCC noted that some areas of climate change mitigation—such as cost of solar and wind power—have substantially decreased, evidencing increased climate action. However, the IPCC explained that improvements in sectors such as agriculture and forestry provide a lot of potential to mitigate climate change. “It’s now or never, if we want to limit global warming to 1.5°C (2.7°F),” PCC Working Group III Co-Chair Jim Skea said in a statement. “Without immediate and deep emissions reductions across all sectors, it will be impossible.”

The new IPCC report is the third installment of its Sixth Assessment report, the second portion of which was released in August 2021 and revealed that human activity is “unequivocally” responsible for the climate crisis and provided similar and urgent recommendations to save the planet from peril. That IPCC report was released right before the 2021 United Nations Climate Change Conference (COP26) in Scotland where world leaders used it to inform their discussions of global climate change mitigation strategies.

During COP26, United States President Joe Biden, in partnership with the EU, committed to the Global Methane Pledge (which already had 100 countries onboard) to slash methane emissions by 30 percent by 2030. However, Biden mostly failed to discuss how the US will focus on reducing animal agriculture’s methane emissions, choosing to instead focus on plugging leaks in gas pipelines.

Just how much of a role does animal agriculture play in the climate crisis? According to a comprehensive Oxford University study released in 2018, the meat and dairy industries are responsible for 60 percent of global greenhouse gas emissions, and if individuals removed animal products from their diets, they would reduce their carbon footprint by 73 percent. Despite this study and many others like it, animal agriculture’s role in the climate crisis is often downplayed—which was even true on the menu at COP26 conference where, while carbon footprints were noted alongside each dish, the guests were still served climate damaging foods such as beef and bacon. 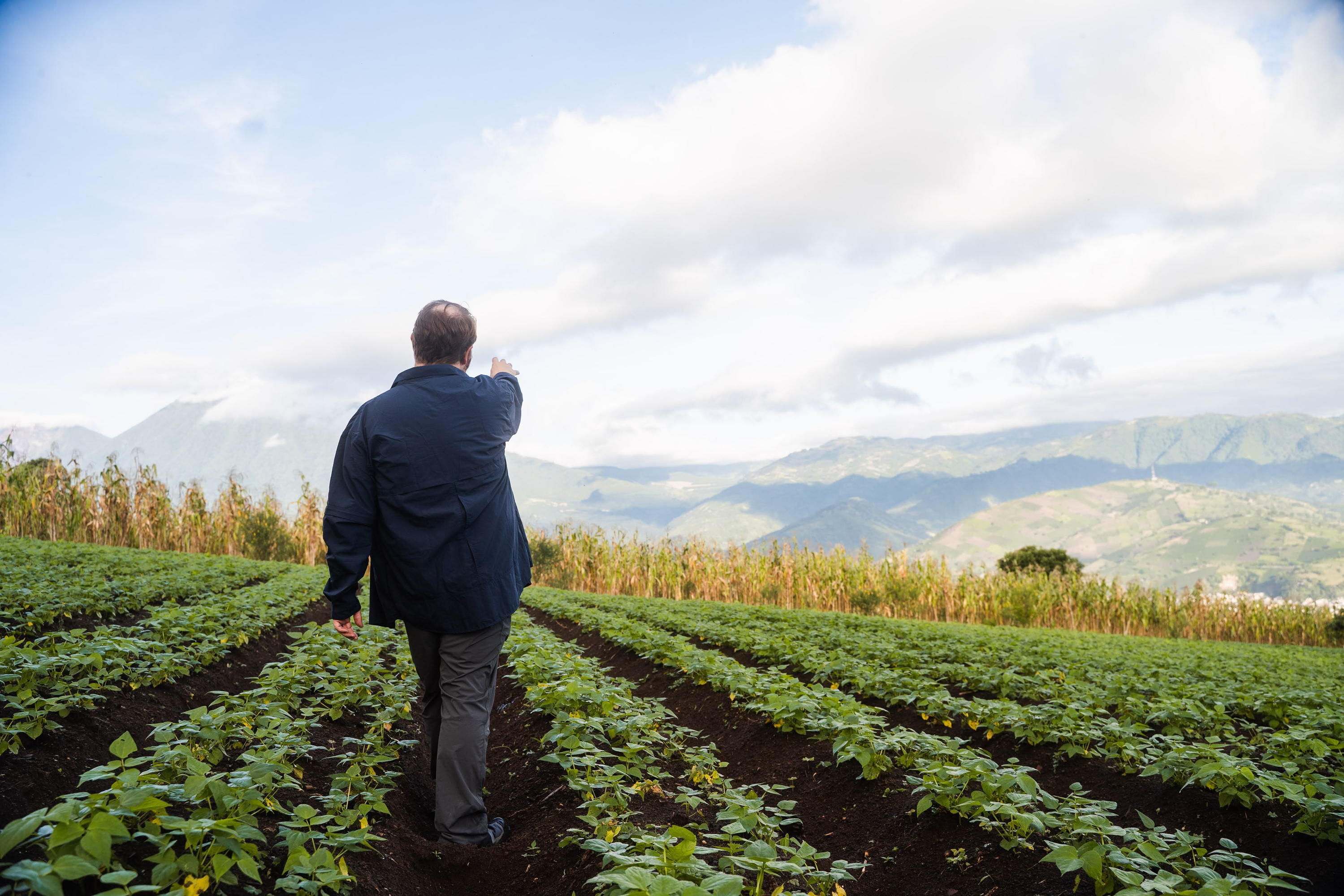 “Where appropriate, a shift to diets with a higher share of plant protein, moderate intake of animal-source foods and reduced intake of saturated fats could lead to substantial decreases in GHG emissions,” the report states. “Benefits would also include reduced land occupation and nutrient losses to the surrounding environment, while at the same time providing health benefits and reducing mortality from diet-related non-communicable diseases.”

In addition to a shift toward a plant-based diet, the IPCC report recommends a wide range of solutions to mitigate the climate crisis. “Climate change is the result of more than a century of unsustainable energy and land use, lifestyles and patterns of consumption and production,” Skea said. “This report shows how taking action now can move us towards a fairer, more sustainable world.”

The IPCC is scheduled to complete its Sixth Assessment Report this year.

For more about animal agriculture and the climate crisis, read:
Jane Goodall on Climate: “If We Would Just Stop Eating All of This Meat …”
Celebrities Demand Cop26 Include Animal Agriculture’s Role in Climate Crisis
Joaquin Phoenix’s New Film Ties Animal Agriculture to Global Wildfires