Former President Barack Obama shared the key to a perfect peanut butter and jelly sandwich on new Netflix series The G Word with Adam Conover. In one episode, comedian host Conover catches up with Obama while he’s doing his taxes and the two take a snack break to make PB&J sandwiches. While Obama jokingly admits that he does not often make his own sandwiches anymore, he does have some thoughts about how one should be made.

“I’m very particular about how you make a PB&J,” Obama says as he spreads concord grape jelly onto a piece of bread. “You have to get every corner.” Obama then asks Conover if he cuts off the crusts, to which Conover responds with an emphatic, “God no, what are you talking about?”

Obama takes Conover’s advice in slicing the sandwich diagonally in order to maximize surface area. It is unclear if the peanut butter used is crunchy or creamy. 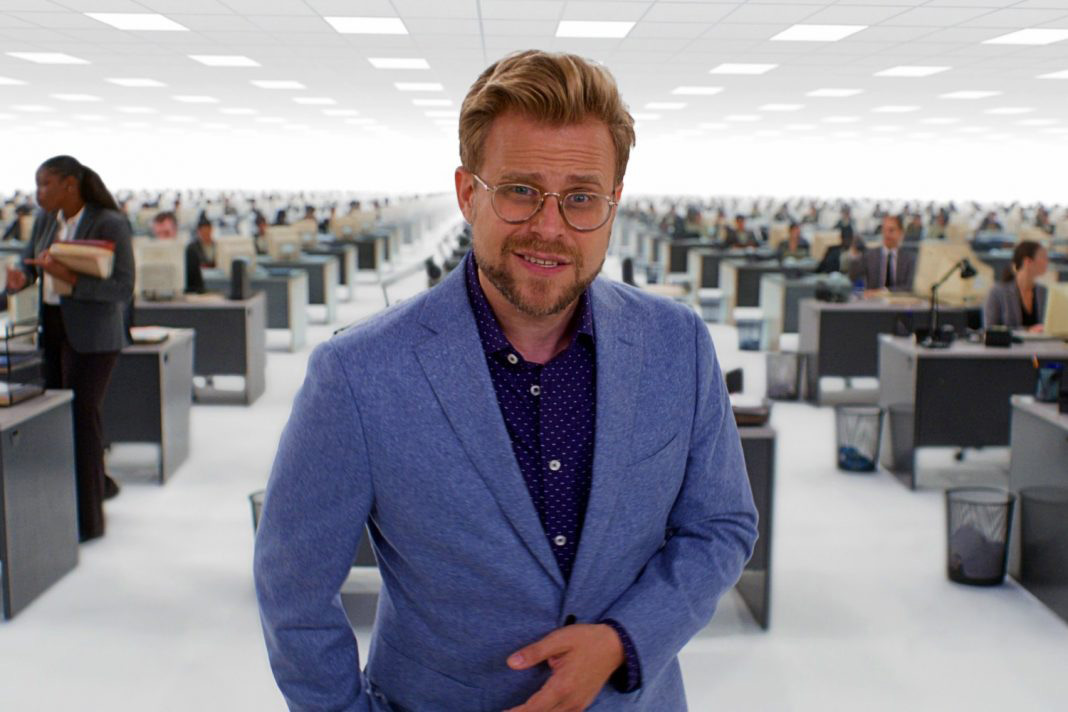 While he has some things to say about the perfect PB&J, Obama is actually the executive producer of the Netflix show which was created to take a deeper look into the government’s involvement in everyday American life. “The goal of the show is to show people what our government actually does and to introduce them to the Americans who actually do the work,” Obama said on the show while getting pushback from Conover about how the government does not always serve its people well. “Your schtick is revealing the truth,” Obama says to Conover, who previously hosted a similar show called Adam Ruins Everything. “Look into those questions and tell the whole truth about what you find.”

Conover embarks on this mission in the opening episode, titled “Food,” which focuses on government involvement in various elements of animal agriculture, including food safety and subsidies. Conover starts by exploring the Federal Meat Inspection Act, which was signed into law by President Theodore Roosevelt shortly after the release of Upton Sinclair’s groundbreaking 1906 book The Jungle—which exposed the unsanitary conditions at slaughterhouses in Chicago. Conover posits that while at the time, a government stamp of approval on meat might have been helpful to prevent disease, currently, the meat industry has grown too large for this process to still be effective. 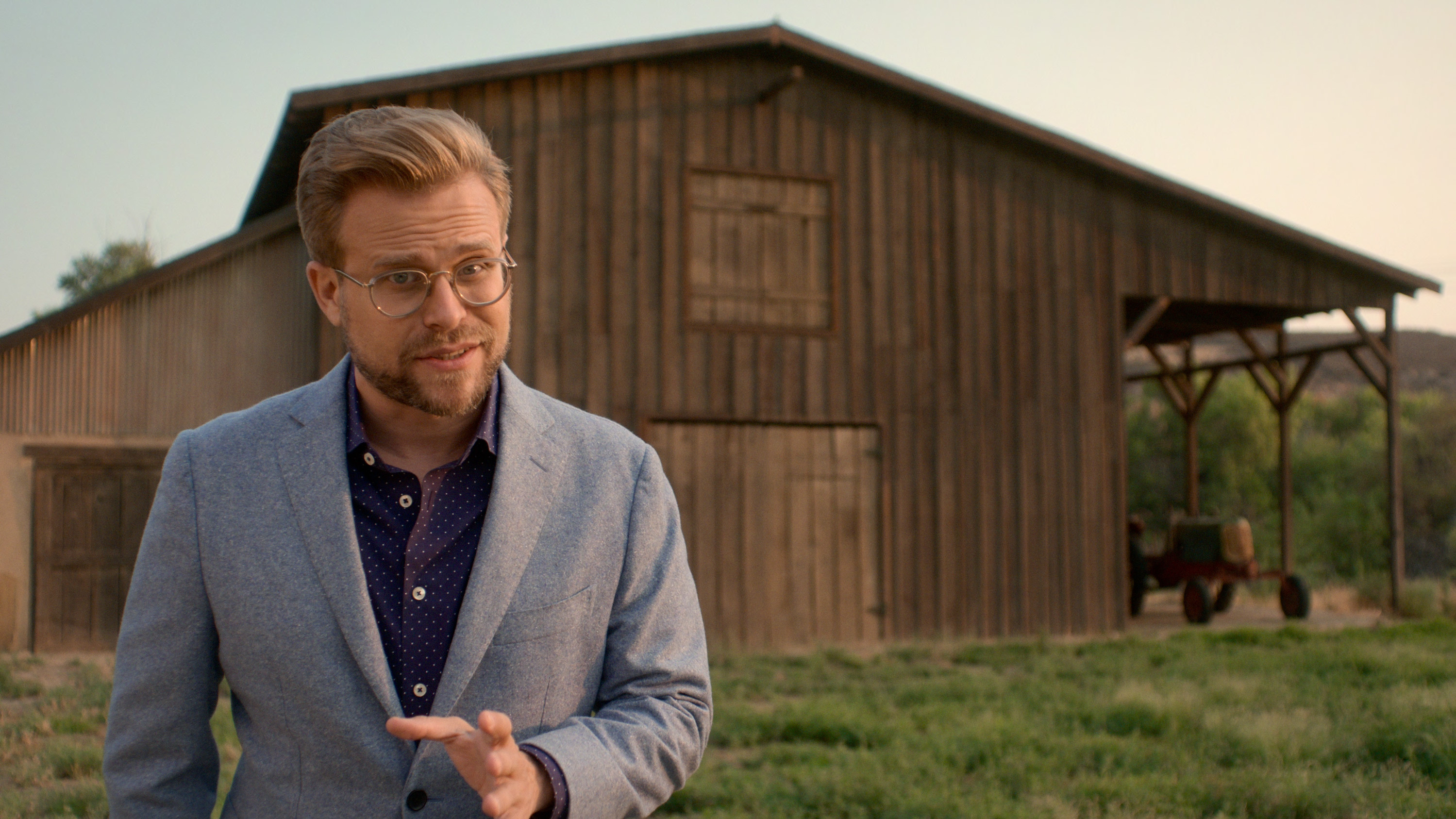 “The US commercial meat industry now processes over 100 billion pounds of beef, chicken, pork, lamb, mutton, and goat every year. Not to mention emu,” he says. “And every single pound of that meat has to be inspected multiple times by the USDA.” When he visits a Cargill plant in Nebraska—which processes 5,000 cows every day—for insight, Conover finds that 13 USDA workers are assigned to inspect the plant and speaks to them about the work they do to protect public health.

“You know, it was hard to see,” Conover said about his slaughterhouse visit before explaining that in 2019, meat producers began pushing for self-inspection, a dangerous proposal that would remove the public health safety net that USDA inspectors are supposed to provide.

Next, Conover examines the origins of government agricultural subsidies, which began during a period of American history when small farming operations where more common. “For much of our history, helping out farmers meant helping the average American,” he says, explaining that the policies were meant to support farmers during times of hardship.

Fast forward to today, and the “century-old, Depression-era” subsidies have been warped to support a fraction of the sector dominated by the top seven percent of farms in the country. “These subsidies are quite literally bad for our health,” Conover says. “See, when we subsidize something, we get a lot more of it.” Conover explores industries that are heavily subsidized, including corn and dairy—which is how these items have become “the cheapest and most abundant foods in America.”

“It sure seems like the government’s mission to help farmers is getting in the way of its duty to help eaters,” he says. “Especially since the same USDA that keeps big agriculture afloat is also responsible for crafting the dietary guidelines that advise us what to eat. I wonder if that’s a little bit of a conflict of interest.” The segment goes on to explain that this is how the food pyramid was skewed to promote products that would financially benefit the dairy, milk, and grain industries, and why fast-food companies develop menu items that heavily feature cheese—one example of which is stuffed crust pizza. “If our government stops working for our benefit, it can be a disaster,” Conover says. 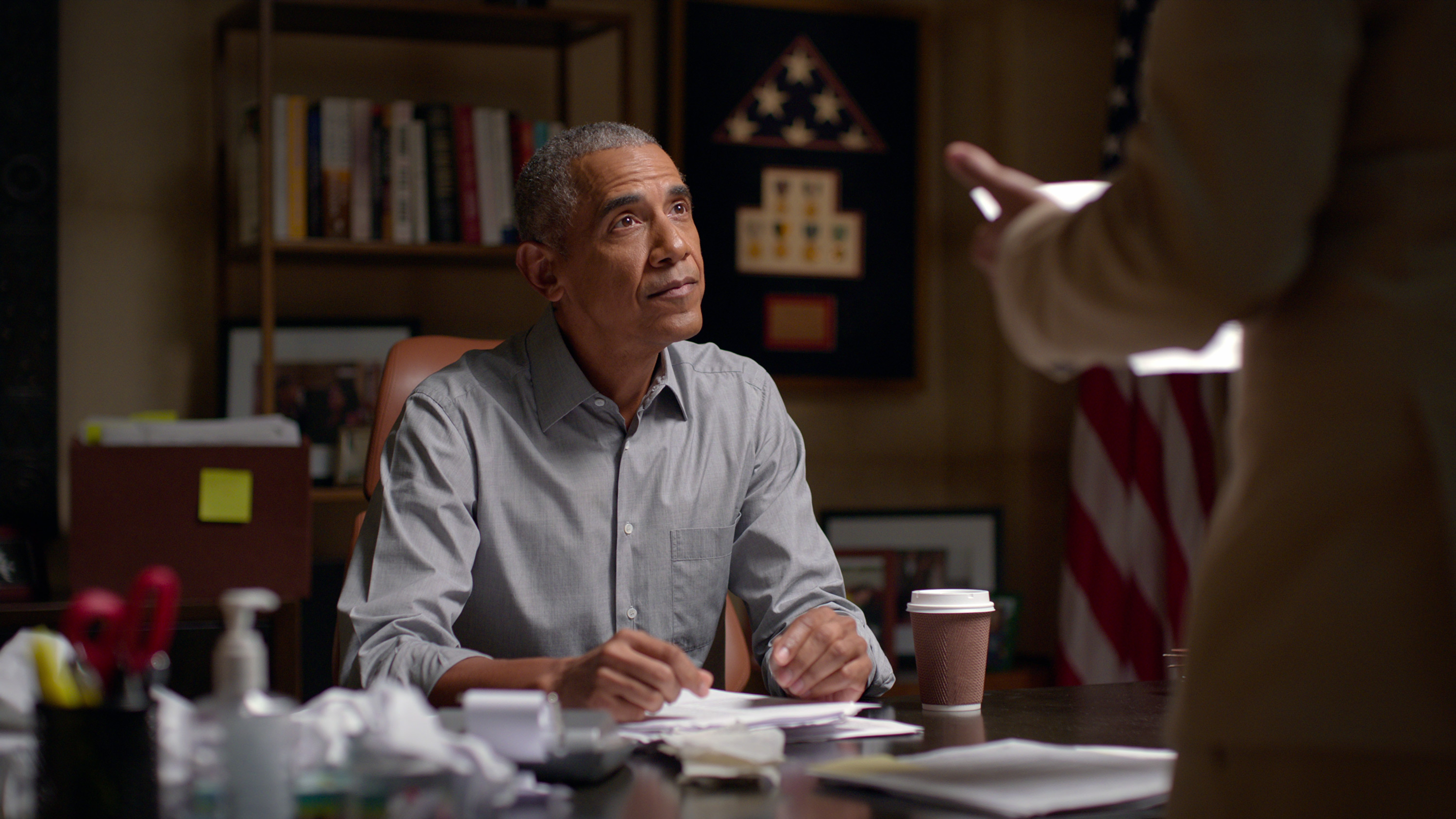 The PB&J scene came at the end of the show in a closing episode titled “Change,” where Conover revisits Obama to debrief him about the truths he has uncovered throughout the series and discuss with him how to make changes for the benefit of the country.

“The US government is an ocean liner not a speedboat,” Obama says about the slow nature of policy change. “There’s a prophetic voice in each of us that just wants to speak the truth as we know it and so every movement involves at some point confronting the fact that not everybody agrees with you. And it’s about navigating that space between the world as it is and the world as it should be.”

Obama’s involvement in The G Word comes right after the release of Our Great National Parks, another Netflix series he narrated to showcase the natural wonders of national parks around the world. And the former president, who is clearly a nature lover, has been vocal about how animal agriculture affects the environment.

In 2017, Obama delivered the keynote speech at the Seed & Chips Global Food Innovation Summit in Milan, Italy. There, he spoke about how rising meat consumption will lead to devastating effects on planetary health.

“People aren’t as familiar with the impact of cows and methane. As people want to increase more meat consumption, that in turn is spiking the growth of greenhouse emissions coming out of the agricultural sectors.” Obama said. “What it does mean is that we’re also going to have to find ways to produce protein in a more efficient way.” 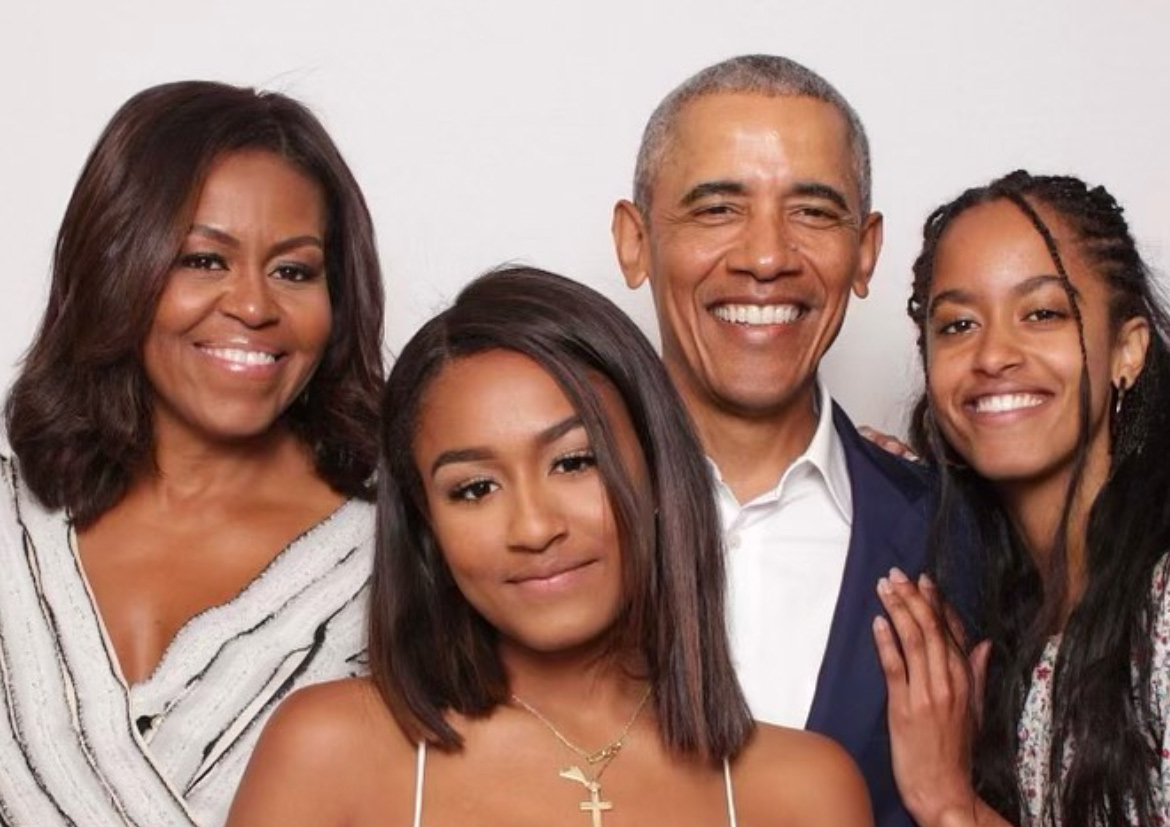 Obama put these words on a plate when he celebrated his 60th birthday last year. The menu—which was curated by musical artist Questlove—showcased some of the food industry’s most innovative alternatives to animal protein. The menu featured Spam Musubi made with a combination of plant-based beef and pork from Impossible Foods and mung bean-based JUST Egg, along with the plant-based Questlove’s Cheesesteak Eggrolls made with Impossible Foods’ plant-based beef and a never-before-seen cheese sauce crafted by Perfect Day—known for its animal-free whey.