There are a lot of things that cooking with oil can do that just can’t be replicated by water or broth. Caramelized onions, golden brown panko-crusted tofu, and elevated flavors—all of these are made possible by oil. When used in moderation, oil can be a healthy part of any diet. But, not all oils are the same. So, which oils are the healthiest for vegan cooking?

Is oil ever healthy?

The long and short of it is: yes, oil can be healthy. Fat is a macronutrient, a nutrient that the body needs large amounts of for energy and to help maintain its systems. Oils can help the body absorb fat-soluble nutrients, including vitamins A, D, E, and K. They also provide essential fatty acids that the body cannot make on its own, explains Jenna Volpe, RDN, LD, CLT. So, that fat needs to come from food sources.

However, the healthfulness of an oil is not so black-and-white. “Healthy oils tend to be those which are unsaturated and minimally processed, because they provide natural dietary sources of omega-3 fatty acids and monounsaturated fatty acids as well as vitamins and antioxidants,” says Volpe.

Saturated fats (found in high-fat meats, processed meats, high-fat dairy products, and certain oils, like palm and coconut) should be limited to less than 10 percent of your daily calories, according to the 2020-2025 Dietary Guidelines for Americans. Trans fats, found in baked and fried foods made with vegetable oil as well as some packaged snacks, should be avoided. Both of these can raise your low-density lipoprotein (LDL) “bad” cholesterol levels.

“Contrary to popular opinion, studies are uncovering that not all unsaturated vegetable oils are healthy,” says Volpe. “Diets too high in omega-6 fatty acids from food sources like sunflower oil, safflower oil, corn oil, vegetable oil, and canola oil seem to increase the risk of chronic health conditions such as heart disease and type 2 diabetes, according to a study from the Journal of the Indian Medical Association.” 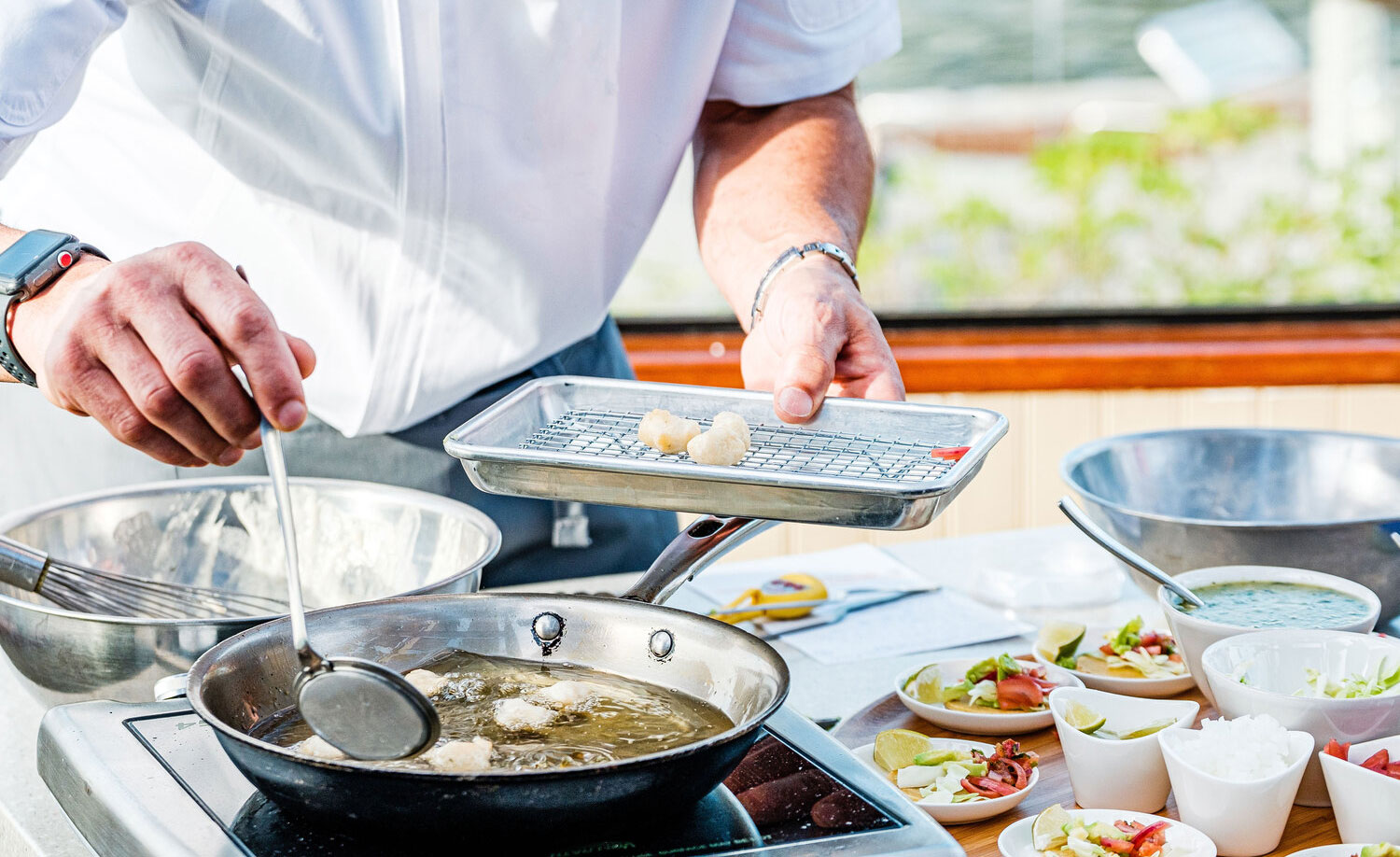 An oil’s smoke point and why it matters

Basically, cooking is all about heating things up. It combines food, a heat source (a stovetop, oven, grill, air-fryer), and a heat transfer medium (water, oil, broth, pans, cast-iron-skillets, baking sheets). For example, when you pan-fry mushrooms tossed in corn or potato starch, the heat moves from the hot to the cold, from the heat source to the medium to the food. And Ibam—you have crispy mushrooms.

While you can cook using water and broth, they can generally only be used up to their boiling points. Oils, meanwhile, can withstand higher temperatures, which leads to the much-coveted browning of food, known as the Maillard effect.

Every oil has what’s known as a smoke point, the minimum temperature at which the oil switches from shimmering to smoking, resulting in burnt, bitter food.

“From a health standpoint, this can break down the oil, destroying its natural nutrients, or causing free radicals to develop, contributing to inflammation,” explains Veronica Rouse, MAN, RD, CDE.

Raw, unrefined, and cold-pressed oils have lower smoke points and are suited to low-and-slow cooking and finishing whereas refined oils are the ones that can take the heat.

While “healthy” is a relative term, there are certain oils that are better than others.

“These are all either monounsaturated or omega-3 and are anti-inflammatory and protective of heart and cardiovascular health,” explains Dana Ellis Hunnes PhD, MPH, RD. “But it’s best to limit fat to no more than 25 to 30 percent of calories, like a Mediterranean diet. And it’s always better to get them from the actual food than from highly-processed foods. 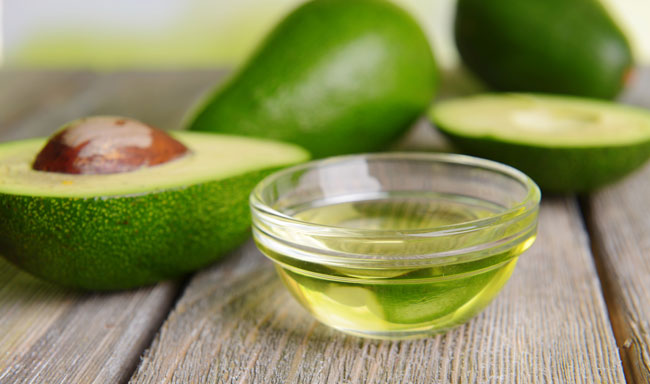 Avocado oil is obtained from the pulp of the fruit using mechanical extraction and there are two types: refined and unrefined, or cold-pressed. Refined avocado oil has a very high smoke point, making it suitable for all kinds of cooking. It is very neutral in flavor, so it’s good for a wide range of culinary uses in instances where you don’t want to taste the oil.

Made popular by celebrity cook and author Rachael Ray, extra virgin olive oil (or EVOO, if you will) is cold-pressed, meaning that it’s made from olives that have been crushed by mechanical means. It’s less processed compared to its cousins, virgin olive oil and refined olive oil, and is considered a healthy, versatile oil with a rich flavor. EVOO is made up of 73 percent monounsaturated fats as well as small amounts of vitamins E and K. It also contains oleic acid and the antioxidant oleocanthal, both of which are known to fight inflammation.

You’ve likely heard that you shouldn’t use EVOO for high-temperature cooking but, that’s a bit of a myth. Deep-frying occurs between 350 to 375 degrees which is well within EVOO’s smoke point. In fact, studies have shown that EVOO is stable at high temperatures. So, feel free to fry in it! Just keep in mind that you’ll notice the olive oil’s flavor on whatever has been cooked in it. If you’d prefer something more neutral, go with avocado oil or canola oil.

Walnut oil is extracted from whole walnuts and it has a nutty, delicate taste that adds flavor to food. It’s rich in unsaturated fats, including an omega-3 fatty acid called alpha-linolenic acid (ALA), which contains anti-inflammatory properties and may promote healthy skin. It also contains the omega-6 fatty acid linoleic acid (LA), the main fatty acid found in the outermost layer of the skin. Studies suggest that walnut oil may help lower blood pressure, thanks to its high levels of ALA, LA, and polyphenols.

Canola oil is extracted from an edible version of the rapeseed plant that was developed by scientists in Canada. (Its name is a combination of “Canada” and the Latin word for oil, “oleum.”) Although it is highly processed, its low saturated fat content makes it one of the healthier oils, so long as it is used in moderation. It’s also one of the most readily available, affordable healthy oils for high-temperature cooking.

A staple in many East Asian cuisines, there are two kinds of sesame oil that you’ll find in stores: light sesame oil and toasted. It’s easy to tell them apart. The former is light in color and has a neutral flavor while the latter is darker and has a nutty flavor and aroma. Here, we’re referring to light sesame oil, which has a higher smoke point and is suited for all kinds of roles in the kitchen. As far as health benefits go, sesame oil is rich in polyunsaturated omega-6 fatty acids, contains anti-inflammatory properties, and it contains the antioxidants sesamin and sesamolin.

Using toasted sesame oil for all-purpose cooking will result in burnt-tasting food, but don’t count out using it in moderation. Its robust flavor is used to season food, such as soup, once it’s done cooking. It can also be used to make homemade dressing. 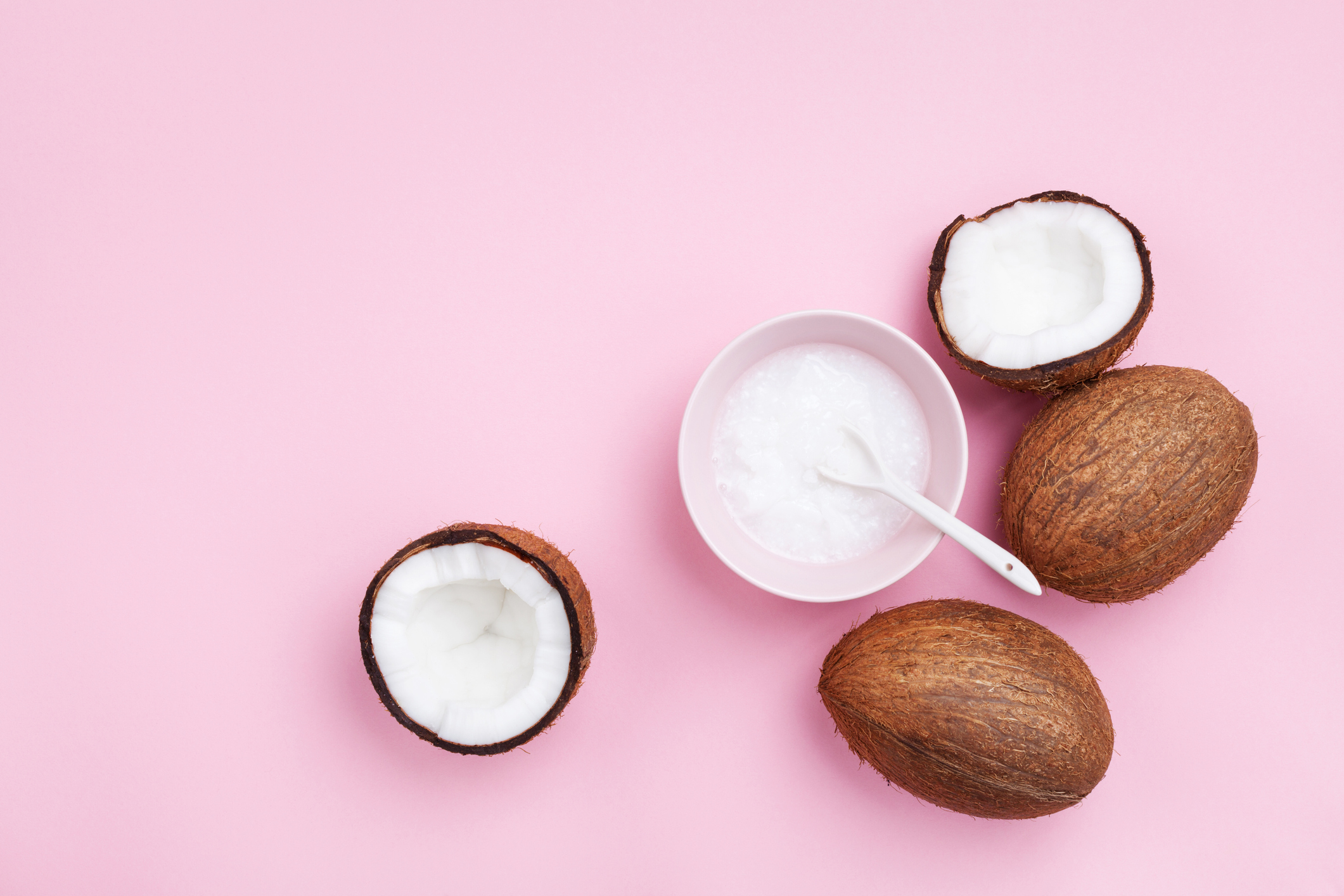 What about coconut oil?

About coconut oil … The unrefined variety has a high smoke point of 400 degrees while the unrefined, coconutty-tasting one starts smoking at 350 degrees, but you may have noticed that it’s not on this list.

That is because despite its claims to fame as a health-food star, coconut oil is mostly made up of 80 to 90 percent saturated fat, which is why it’s solid at room temperature. Saturated fats are associated with an increased risk of heart disease as it may raise LDL “bad” cholesterol levels, so they should be limited. The American Heart Association even recommends replacing saturated fats, like those found in coconut oil, with unsaturated fats. If you use coconut oil, do so in moderation, and don’t make it your go-to oil for healthy cooking.

For more about vegan cooking, read:
How to Replace Chicken Eggs in Cooking, Baking, and More
Everything You Ever Wanted to Know About Jackfruit Meat
9 Fabulous Ways to Prepare Tofu

D. Scott Caruthers is a freelance writer who enjoys travel and photography.