The world is filled with adorable and adoptable bunnies who are looking to give you love year-round. Unfortunately, bunny rescues and shelters see an increase in surrendered bunnies who were adopted for some springtime fun, only to be returned after the season is over. Bunnies are also the most exploited animal species in the world: they are used in food and clothing production, tested on, overbred, and commodified. Even more frightening, an estimated 8 million rabbits are killed for meat annually. Animal advocate and professional photographer Tara Baxter co-founded the Rabbit Advocacy Network (RAN) with members of rescue organization SaveABunny to better fight the exploitation of rabbits and, in 2015, she was instrumental in pressuring Whole Foods Market to stop selling rabbit meat in its stores. Baxter—who lives with four rescued rabbits from SaveABunny—believes they make perfect companions for animal advocates. Indeed, bunnies are social and smart, as well as devoted companions who crave affection and activity. Here are six fun facts about these furry creatures you’ll want to know. 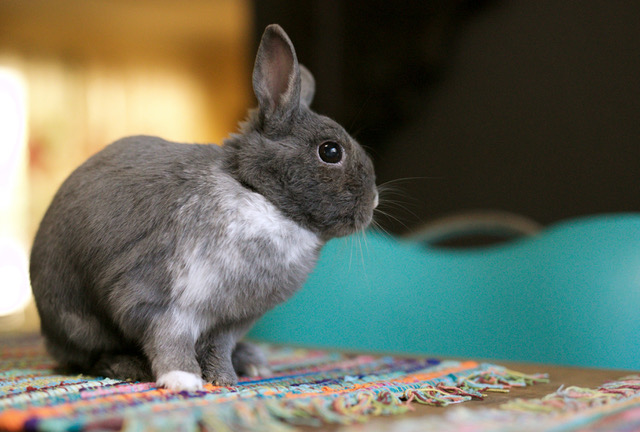 1 They’re not just a cute face.

Bunnies are smart and are easily litter box trained. They are also fastidiously clean, both in their surroundings and their own fur. They groom themselves, and if you ask any person who lives with and loves bunnies, they would go on and on about the sweet smell of their rabbit’s fur—especially that warm fluffy bit on their necks. Bunnies like to dig and chew, so bunny-proofing their surroundings is recommended. You can usually protect your own stuff by giving the bunny willow baskets or cardboard tunnels to munch on. 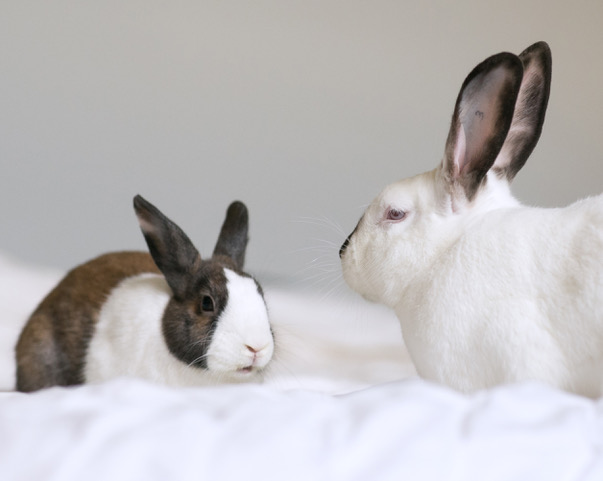 Bunnies can get along with cats and dogs, but a slow and supervised introduction is recommended. Rabbits enjoy the company of other bunnies, but, just like us, they prefer to choose their own companions. Most rabbit rescues have bunny match-making services to help your bunny find a friend. When adopting, consider taking home a pair, as this will save you the trouble of finding a friend for your bunny down the line. They are devoted to you, their human friend, just as they are devoted to their bunny companion. 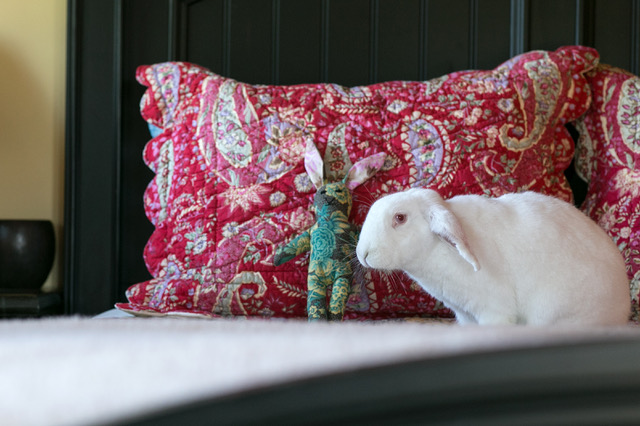 Because bunnies are prey animals, they typically do not like to be picked up or held. Once all four of their feet leave the ground, they panic and respond as if they are being taken by a predator, such as a hawk. They can kick and bite, and humans usually respond to this by dropping them. Their bones are especially fragile and they are easily hurt. They do love to snuggle, but on their own terms. Bunnies also prefer a quiet environment free of exuberant children and loud adults.

4They love being spoiled.

Spaying and neutering, yearly vet exams, fresh greens and hay, nail trims, administering medicine, combing their fur, litter box maintenance … this all adds up. Bunnies love to be spoiled and require your commitment and responsibility for around a decade.

5 They prefer to roam free.

How many times have you heard the myth that bunnies are mean and they bite you? This may be true of bunnies left to languish in a cage—the all-too-common, yet incredibly cruel housing choice for most pet rabbits. You would be grumpy, too, if you spent your life in a space the size of an airplane seat. This is what it’s like for bunnies in cages and hutches. On the contrary, they thrive as free-roaming indoor house pets, just as cats and dogs do. Some people think that bunnies enjoy life outdoors, but domestic bunnies are not the same as wild rabbits. There are too many dangerous factors to house a bunny outside safely. They also can’t survive for very long on their own in the wild, so “setting them free” usually means a death sentence.

6They are loyal companions.

Like most prey animals, rabbits need to establish trust in order to approach and befriend you. When they do, they are very loyal companions. They enjoy social interactions with people. Ask anyone who shares their lives with bunnies and they will tell you that each rabbit has a very distinct personality. They can be shy, nervous, outgoing, playful, ornery, inquisitive, hilarious, and opinionated. They love toys and mental stimulation. And they love to have their heads pet. This mimics the affection bunnies show each other and they can sit and be pet for hours. They are crepuscular, which means they are most active in the mornings and evenings, making them a great companion for working adults. Come 8pm, your bunny is usually ready to party with you.

For more about animals, read:
These 10 Fish Facts Will Make You Swear Off Seafood
12 Wonderful Turkey Facts That Will Make Your Thanksgiving Vegan
The Truth About Craigslists’ ‘Free’ Animals

9 Ways to Cut Plastic From Your Life and Help Animals