Fine-jewelry brand Aether Diamonds is making the first and only vegan-certified, positive-impact, conflict-free diamonds on the market. Vegan Action, one of the leading vegan certification organizations in the world, granted the company its newest certification as its diamonds are made using sustainably sourced energy sourced without the need for mining, which leads to destroyed ecosystems and wildlife habitats, or fossil fuels typically used to make lab-grown diamonds.

Launched in December 2020, Aether uses sustainably sourced energy and carbon from air pollution to create its unique gemstones, ultimately leaving the planet in a better condition than before the creation of its diamonds. 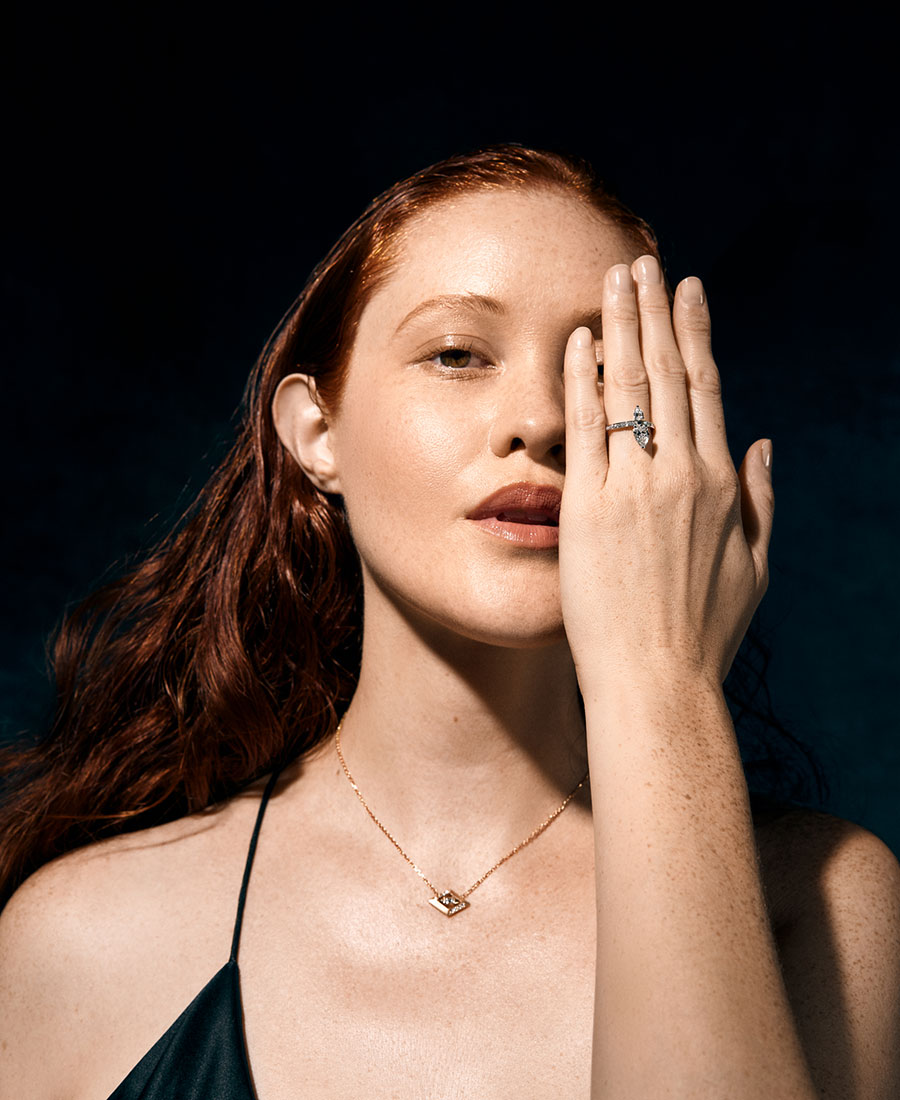 Diamonds are solid forms of pure carbon and the hardest material on Earth, created through naturally high temperatures and strong pressure, or synthetically by replicating the natural process. As more and more diamonds are mined each year, the environment, animals, and people are facing the consequences. Mining creates unfair or unhealthy working conditions, extreme waste, water pollution through acid runoff, and even destroys wildlife habitats. While lab-grown diamonds may seem to be the more ethical choice, most are made with fossil fuels as a source of carbon, which is obtained through drilling and fracking.

“The tricky part that we get into in the market is that there are a lot of diamond brands out there that claim to be sustainable but in reality, they’re not. They’re using either clean energy, or green energy, which is great and we fully support that, but the fact of the matter is they still have to source their carbon from somewhere,” Robert Hageemann, Aether’s CMO and co-founder, told VegNews. “And until Aether Diamonds came along, everybody who is making diamonds in a lab had to source their carbon from fossil fuels. There are a number of our competitors who say that they’re sustainably created diamonds. The reality is they’re still using fossil fuels, and if you’re reliant on fossil fuels, that’s not really sustainable.” 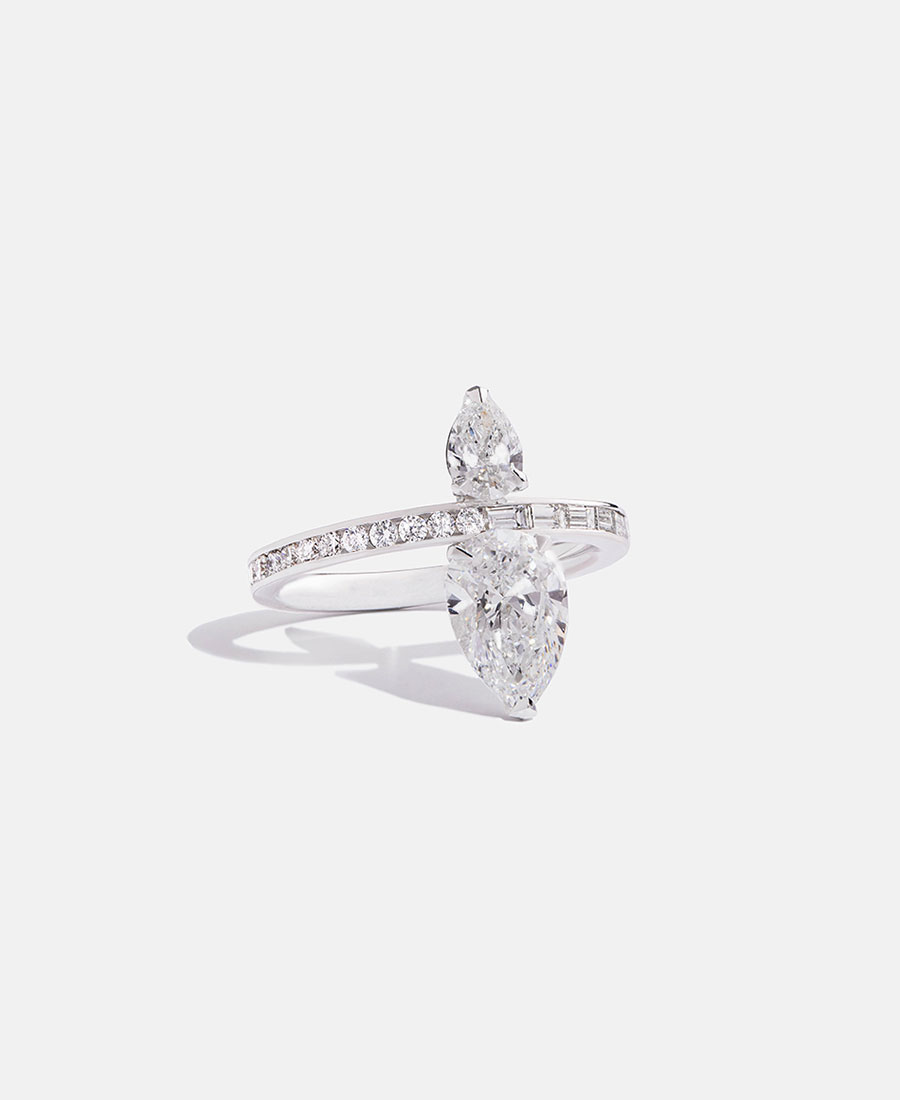 While Dan Wojno was on a business trip for jewelry brand David Yurman in Bangkok, Thailand, he noticed the extreme air pollution in the city, leading him to start a conversation with his colleague, and now founder of Aether, Ryan Shearman. This conversation birthed the idea of Aether, as the two friends realized most of the air pollution in the world is just carbon that happens to be in the wrong place. The leading question was, “If carbon is just in the wrong place in the form of air pollution, what could the right place look like?”

Through their expertise in the jewelry industry, they knew diamonds are just atomic carbon. So they thought, “Why can’t we take something that’s carbon in the form that is in the wrong place that does damage and turn that into something that is beautiful and has value, such as diamonds?” This set them on a years-long journey to create diamonds from the air.

Aether’s diamonds are made via a proprietary carbon sequestration process, which sources carbon dioxide, among other pollutants, directly from the atmosphere into a giant vacuum. From there, the captured carbon gas is synthesized into usable hydrocarbon, which is then placed into reactors to create diamonds one atom at a time, aligning the carbon into crystalline form. The process continues for three-to-four weeks until it becomes a rough diamond and is then sent to be cut, polished, and set into jewelry.

During this process, there is no harm done to people, animals, or the environment, hence the vegan certification for the company’s efforts in creating a unique new way of creating sought-after jewelry. “Vegan Action really appreciated the fact that in no way—throughout any part of our creation process—did we jeopardize wildlife or the welfare of animals or the planet in order to make our diamonds,” Hageemann said. “In fact, we remove 20 metric tons of air pollution for every one carat of diamond we create. The average American’s carbon footprint annually is 16 metric tons. Let’s say you buy a one-carat diamond from Aether, you’re actually offsetting your own carbon footprint for one and a quarter years.” In fact, the entire process even saves 127 gallons of freshwater typically used per mined carat, plus billions of gallons of water are saved from acidic run-off from mines.

Aether hopes the vegan certification opens up a dialogue to help consumers find diamonds that align with their lifestyle in an industry that leaves many questions unanswered. “So many of those lab-grown diamond companies out there that are saying they’re sustainable, they’re not really telling consumers the whole story. Our goal is to be radically transparent with everything we do, and the vegan certification is a really nice way for us to open up the dialogue,” Hageemann said.

“Veganism now is a lifestyle, it’s not just a diet that you eat. It’s really about what you align yourself with and the lifestyle that you have. So for us to be able to use that language to get people to think about diamonds differently is really important to us.”

Better yet, Aether’s diamonds are in the top two percent of quality of diamonds available on the market, with a commitment to a minimum H color grade (near colorless) and minimum VS2 clarity (very slightly included). Each diamond is tested and graded by the International Gemological Institute. Plus, all jewelry pieces are handcrafted using 100-percent Fairmined gold responsibly sourced from small-scale artisans. Customers can choose everything from gender-fluid everyday earrings to engagement rings with various collections dropping each season.

Since its launch last year, Aether has surpassed $2 million in preorders for its diamond jewelry which can be purchased on the brand’s website, with wholesale expansion planned for next year.