With four theme parks, over 20 on-site hotels, a Disney Springs shopping and dining district, and two water parks, the 40-square miles of Walt Disney World Resort in Orlando, FL has a mind boggling array of food options—including vegan options galore. In October of 2019, Disney launched a plant-based initiative which brought more than 400 vegan items to dining locations at Walt Disney World (and Disneyland, too!). With a resort roughly the size of San Francisco, we’d have to hire a full-time vegan Disney correspondent to get through it all. Instead, we’ve created a guide that will enable you to confidently navigate all the options without fear of animal cross contamination or ordering a meal anything less than Fantasia-level spectacular. May your vegan dreams come true during your next visit to the Most Magical Place on Earth. 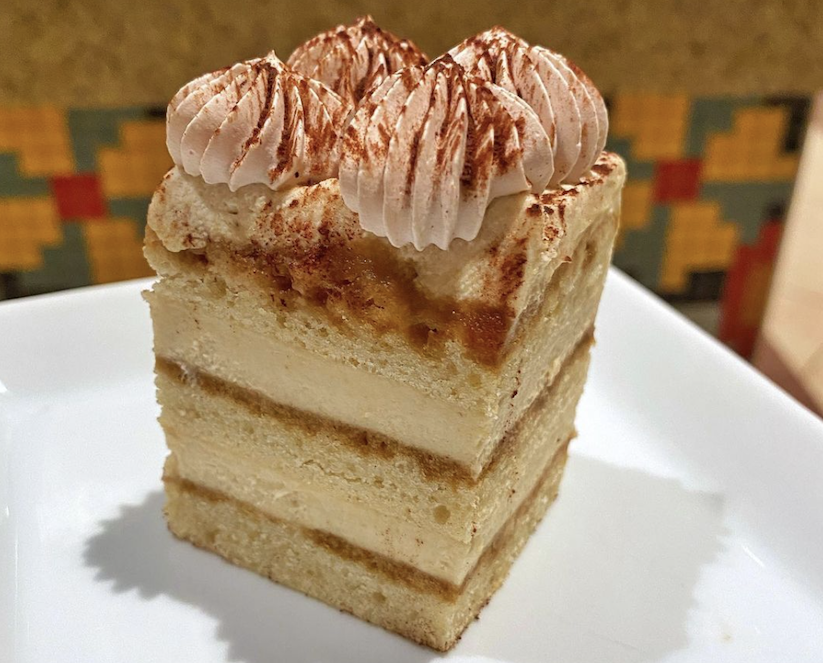 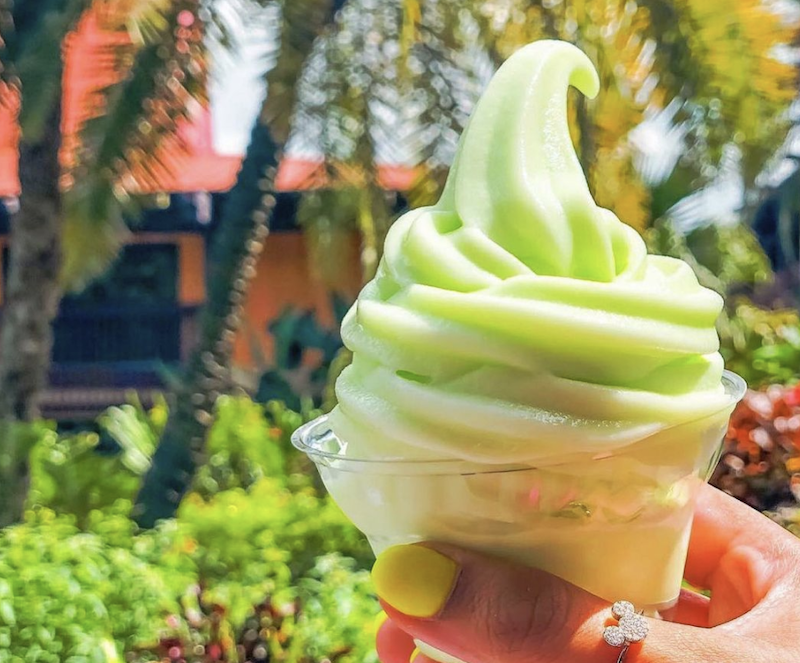 If you’ve been sprinting from ride to ride and need to rest your feet, sail over to the Jungle Navigation Co. LTD Skipper Canteen where you can enjoy the Falls Family Falafel, Curried Vegetable Crew Stew, Perkins Thai Noodles, and a vegan panna cotta dessert. If more traditional theme park fare is your thing, The Plaza Restaurant has an Impossible Chili Burger topped with grilled mushrooms, lettuce, and tomatoes that’s served with French fries. Alternatively, reenact the Lady and the Tramp scene at Tony’s Town Square in between bites of Spaghetti and Impossible Meatballs or a vegan strawberry shortcake dessert! 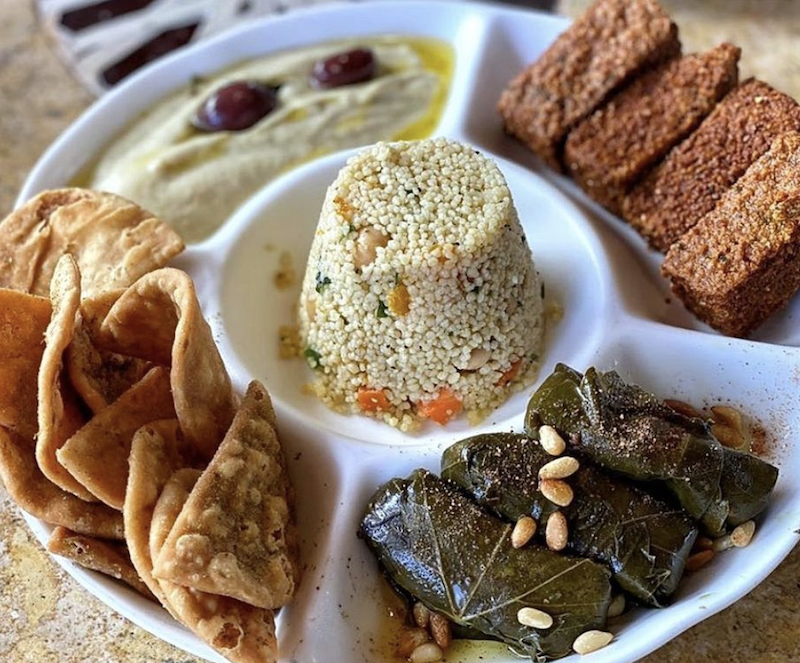 Over in America, head to the Muppets-themed Regal Eagle Smokehouse for a meaty vegan burger topped with barbecued jackfruit and served on thick vegan Texas toast. 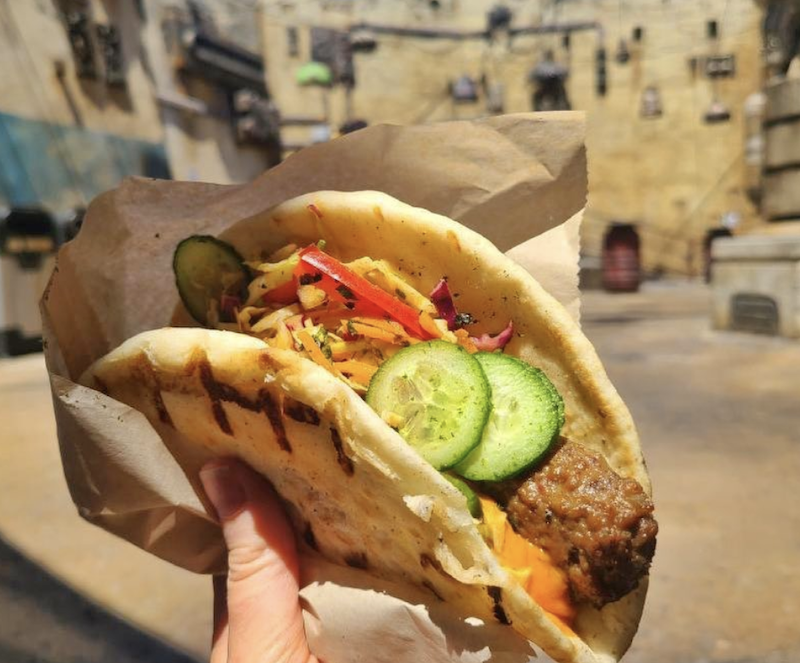 One of the best quick service meals in the entire resort is the Felucian Kefta and Hummus Garden Spread at Docking Bay 7 inside the Star Wars-themed land of Galaxy’s Edge. This features kefta-style Impossible meatballs on a bed of hummus with pillowy pita bread. We’ve been told by omnivores that this item far surpasses its meat-based analogue. Another quick service option is the Plant-Based Lobster Roll found at Rosie’s All-American Cafe. This East Coast favorite is made with hearts of palm coated in a tangy hummus and vegan mayo dressing. No, it doesn’t taste like lobster, but it does taste good. For vegan comfort food, snag the Toasted Cheese Sandwich and Chili-Cheese Totchos over at Woody’s Lunch Box in Toy Story Land. 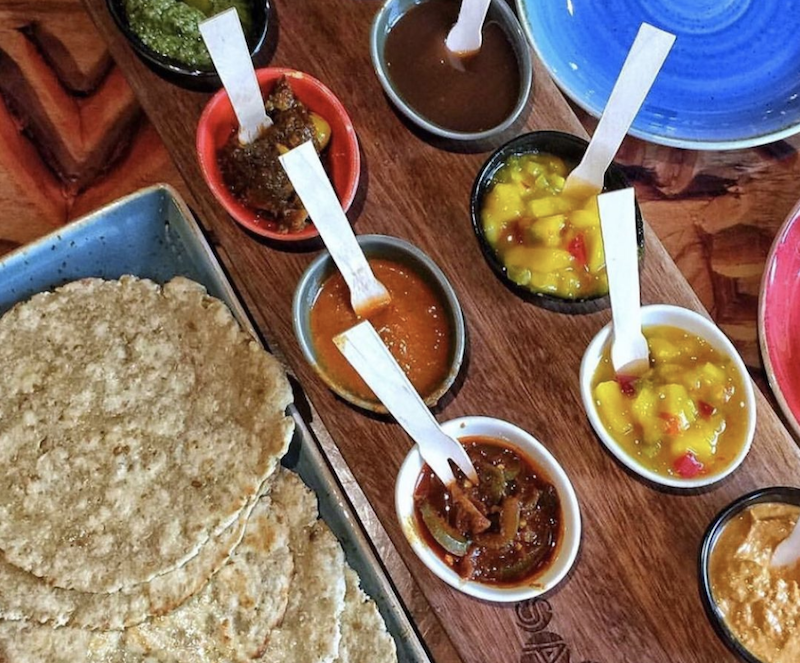 If you’re looking to dine and dash, stay in Pandora for Satu’li Canteen. The solid vegan option is the Chili-Spiced Crispy Tofu Bowl that’s served with your choice of potatoes or beans and rice then topped with chimichurri sauce and vegan boba balls. It’s a frequent order by omnivores and vegans alike. Flame Tree Barbecue on the other side of the park offers a vegan Hot-Link Smokehouse Sandwich topped with a tangy mustard barbecue sauce, slaw, and crispy onions. Sit down and enjoy a view of Expedition Everest roller coaster while you eat! 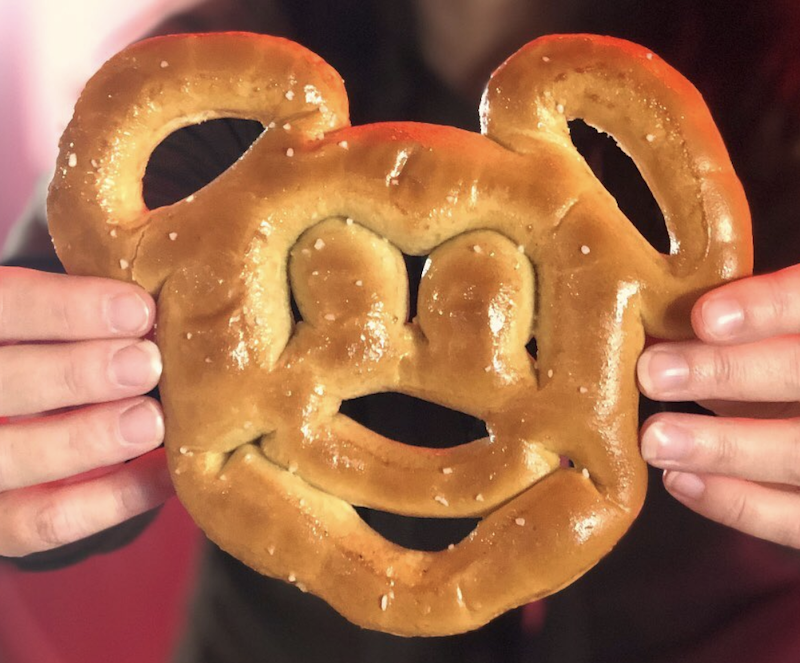 For more vegan Disneyland, read:
A Vegan Guide to Disneyland
The 7 Best Vegan Star Wars Recipes in the Galaxy
The Newest Attraction at Disneyland Paris? Beyond Burgers and More