A trip to IKEA can be dangerous. The Swedish furniture giant is a source of affordable furniture with sometimes vague, but typically user-friendly instructions for assembly. The retailer has also committed to reducing its impact on the environment by using only renewable and recycled materials by 2030 and by dabbling in the second-hand furniture market.

Another way that IKEA is catering to its more climate-conscious customers is by offering planet-friendly food options. IKEA’s vegan food options range from plant-based hot dogs and meatballs to gelatin-free candies and crispbread. Here’s how to navigate the furniture store’s food court and grocery section.

IKEA is almost as well-known for its food court as it is for its furniture and housewares. At US stores, there are only a couple of plant-based dishes on the menu (as opposed to Europe, where vegan options include dairy-free soft serve). But, the future could hold more vegan food. In November 2020, the international retailer pledged to make half of its menu plant-based by 2025 as part of its ongoing sustainability efforts. Here’s what’s currently vegan at IKEA’s US restaurants. 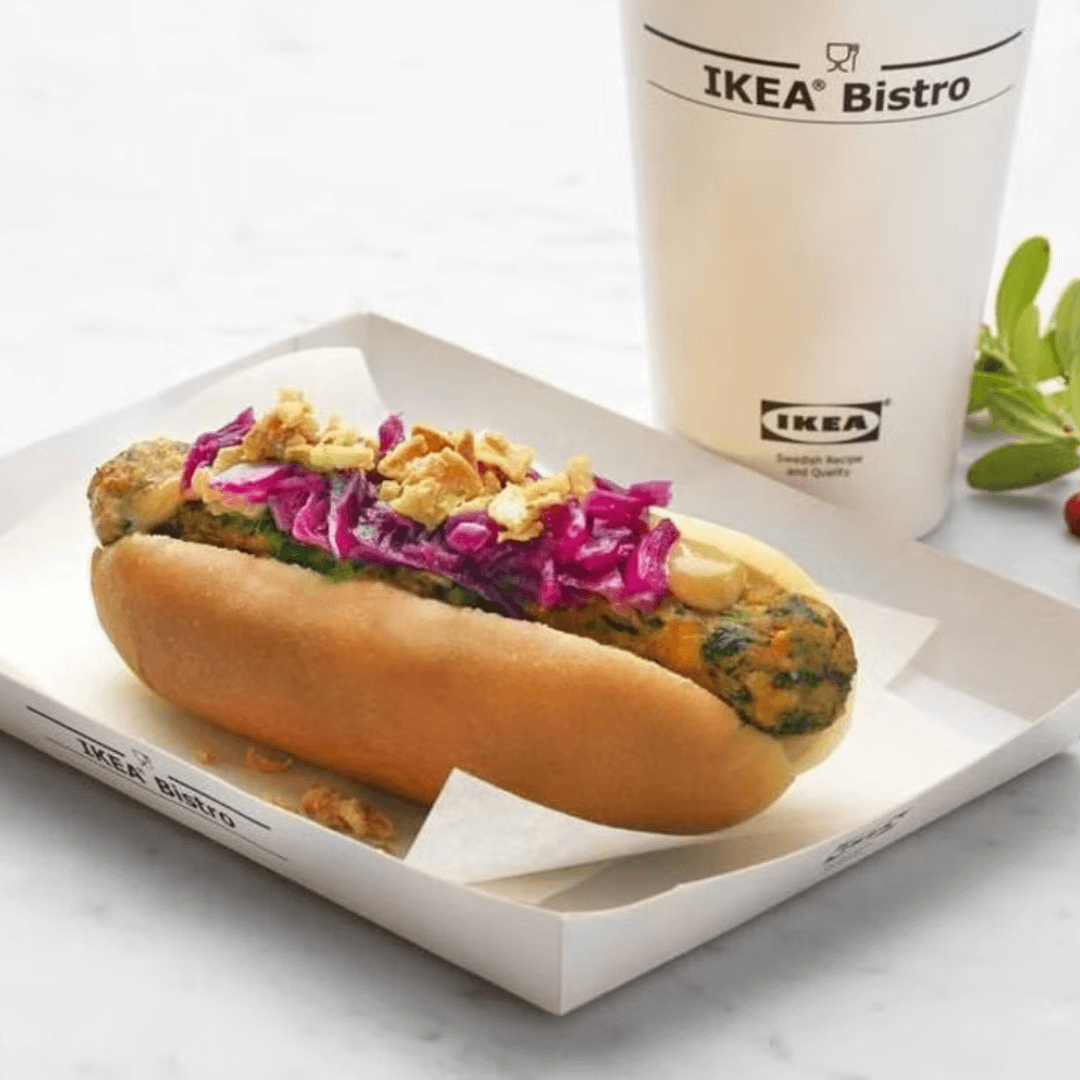 IKEA’s hot dogs are famous. So, when the furniture giant first let loose that it was testing out a vegan version, it was a big deal. The veggie-forward dogs—made from kale, red lentils, carrots, red cabbage, celery, onion, quinoa, and ginger—were a hit with customers and so it quickly became a staple at IKEA food courts around the world. It comes topped with pickled red cabbage, onion crisps, and spicy mustard. 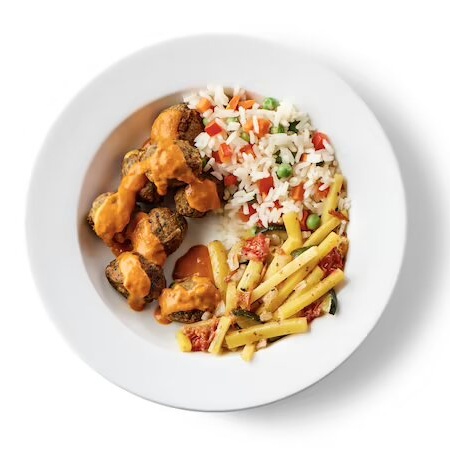 IKEA’s veggie meatballs are kind of like an old-fashioned vegan burger in that they’re made out of obvious chunks of vegetables, like chickpeas and carrots, and they aren’t necessarily out to mimic meat. At the food court, you can try them served with tahini romesco sauce, rice mixed with vegetables, and pasta. It’s a bit heartier than the hot dogs, so it’s a good way to fuel up for a trek through the furniture store.

IKEA US may have only a couple of plant-based entrées on the menu at its restaurants, but its grocery section is worth swinging by for its plentiful vegan options. Not only can you pick up frozen plant-based meats, but you’ll also find gelatin-free sweets, snacks, and crispbread—a light, crunchy rye-based cracker from Sweden. The retailer is constantly updating its options, so remember to read the ingredients of any new products. 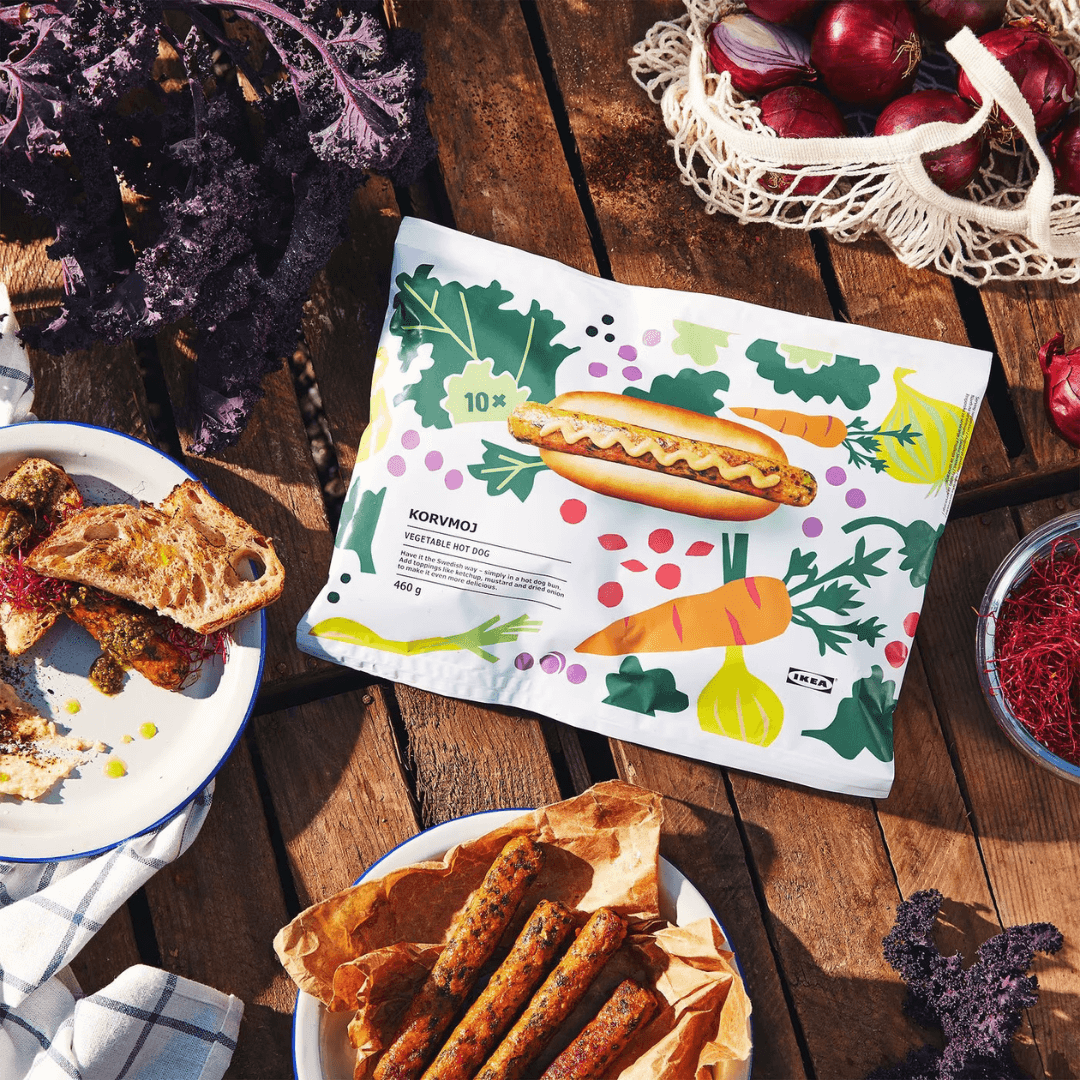 These are the same kind of hot dogs that are on offer at the food court. They come frozen in a one-pound pack and ready to customize with whatever toppings you like, whether that’s ketchup and mustard or onion and relish. 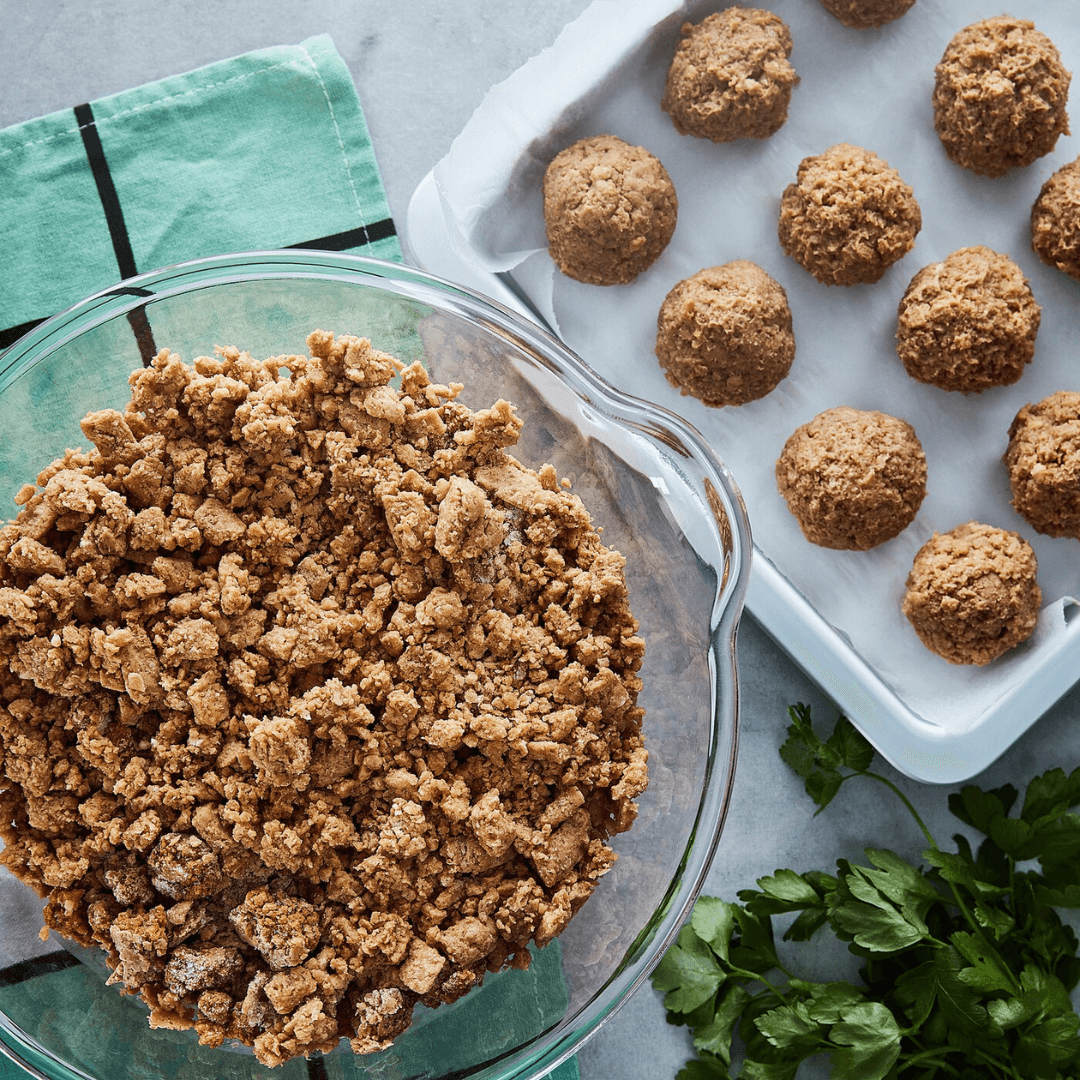 Made from pea protein, IKEA’s plant-based minced meat is a versatile ingredient that you can keep stashed in your freezer for making a quick vegan bolognese, ground “beef” tacos, or sautéing with seasonal vegetables in a skillet. It’s also easily shaped into burgers and meatballs for nights when you have more time to spend in the kitchen. 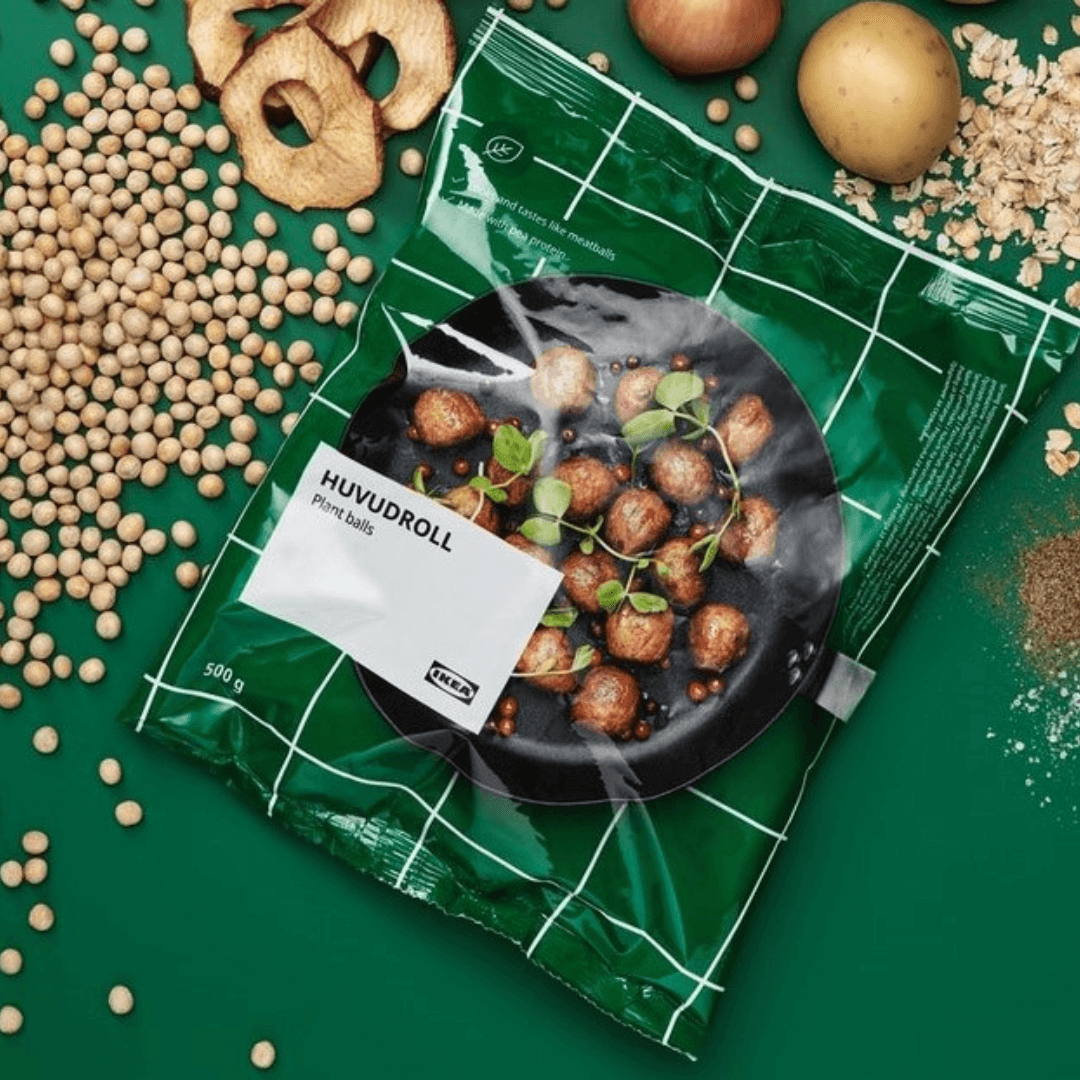 This pea protein and potato-based meatball is the meatier cousin of the veggie balls you’ll find on the food court menu. Take home a bag of these babies to use in pasta dishes, meatball subs, as a topping for pizza, and more. 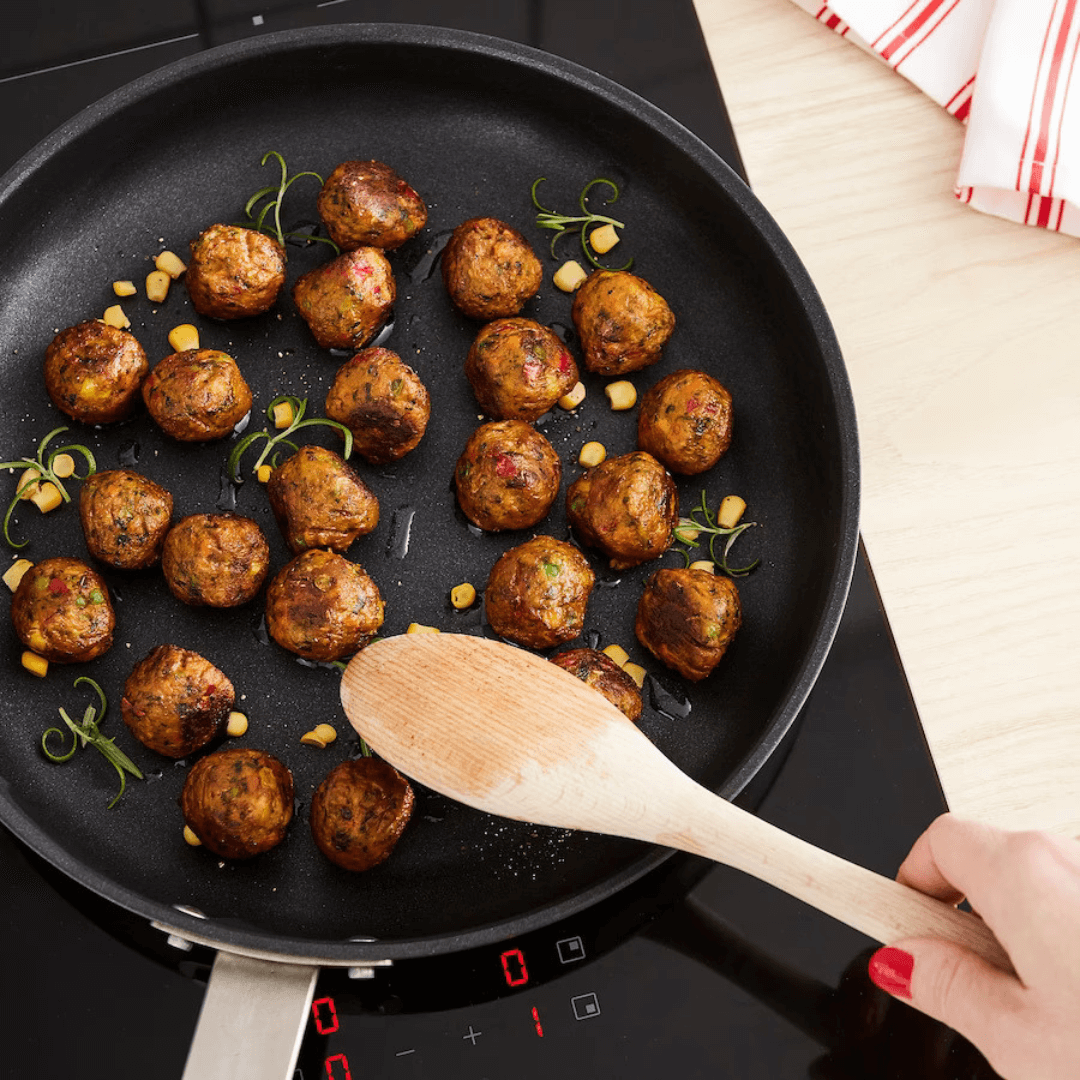 These are the vegetable-forward cousin of the Plant Balls, made with obvious pieces of chickpeas, carrots, peppers, corn, and kale. You can use them the same way you would use the meatier vegan meatballs, but they also taste fantastic when served in a grain bowl with roasted sweet potatoes and broccoli. 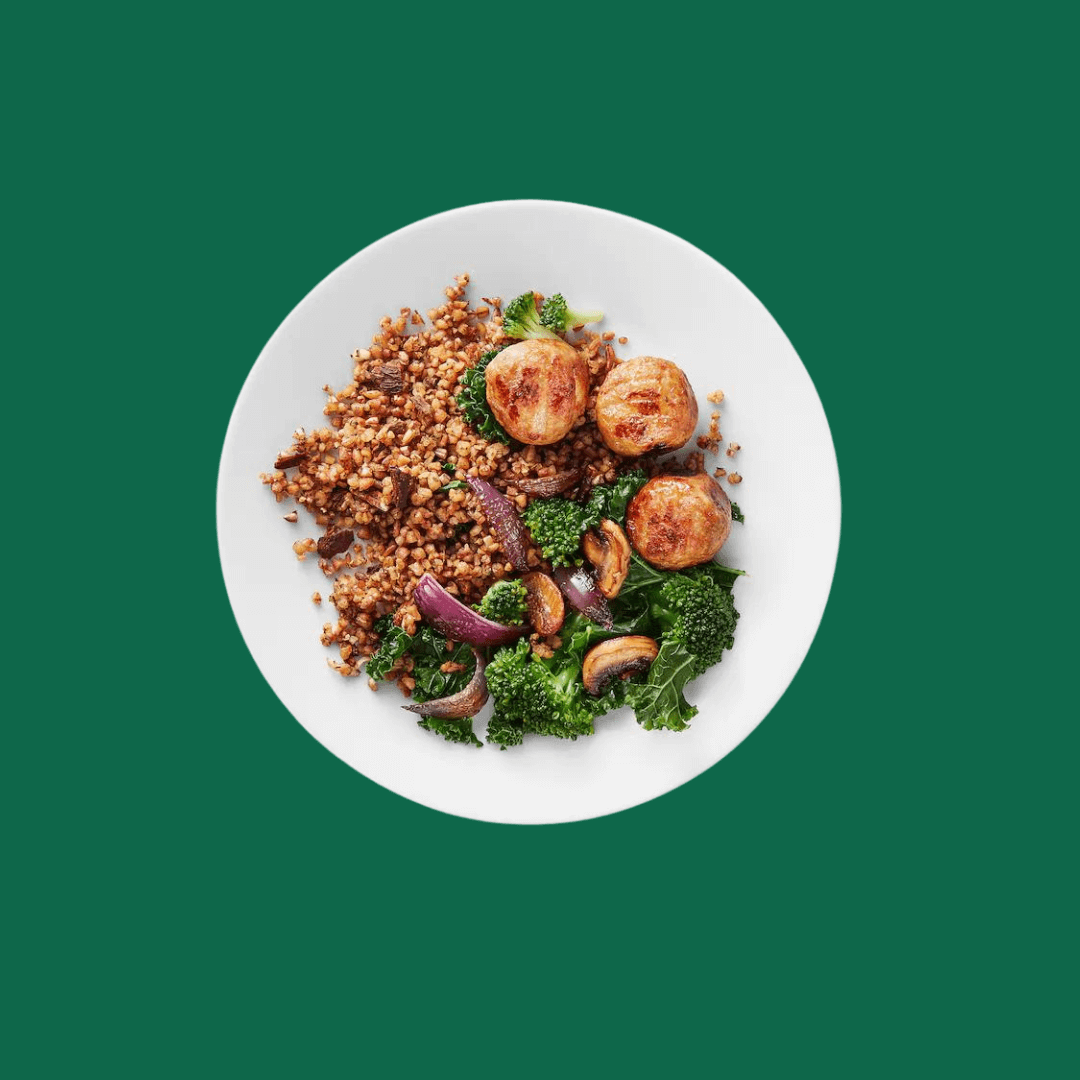 Sometimes we don’t have the time or the energy to cook whole grains from scratch, and that’s okay. The “BÄSTISAR” brand of grain mixes, which start with a base of oat, wheat, rye, and barley, make for a convenient base for a healthy, hearty vegetable bowl.

The grain and mushroom flavor features a mix of oat, wheat, rye, and barley tossed with porcini mushrooms, parsley, and onion. Or, choose the one made with garlic, lemon, jalapeño, and lingonberry. The former is divine with sautéed kale and a squeeze of lemon juice while the latter shines with roasted sweet potato and skillet-browned cabbage. 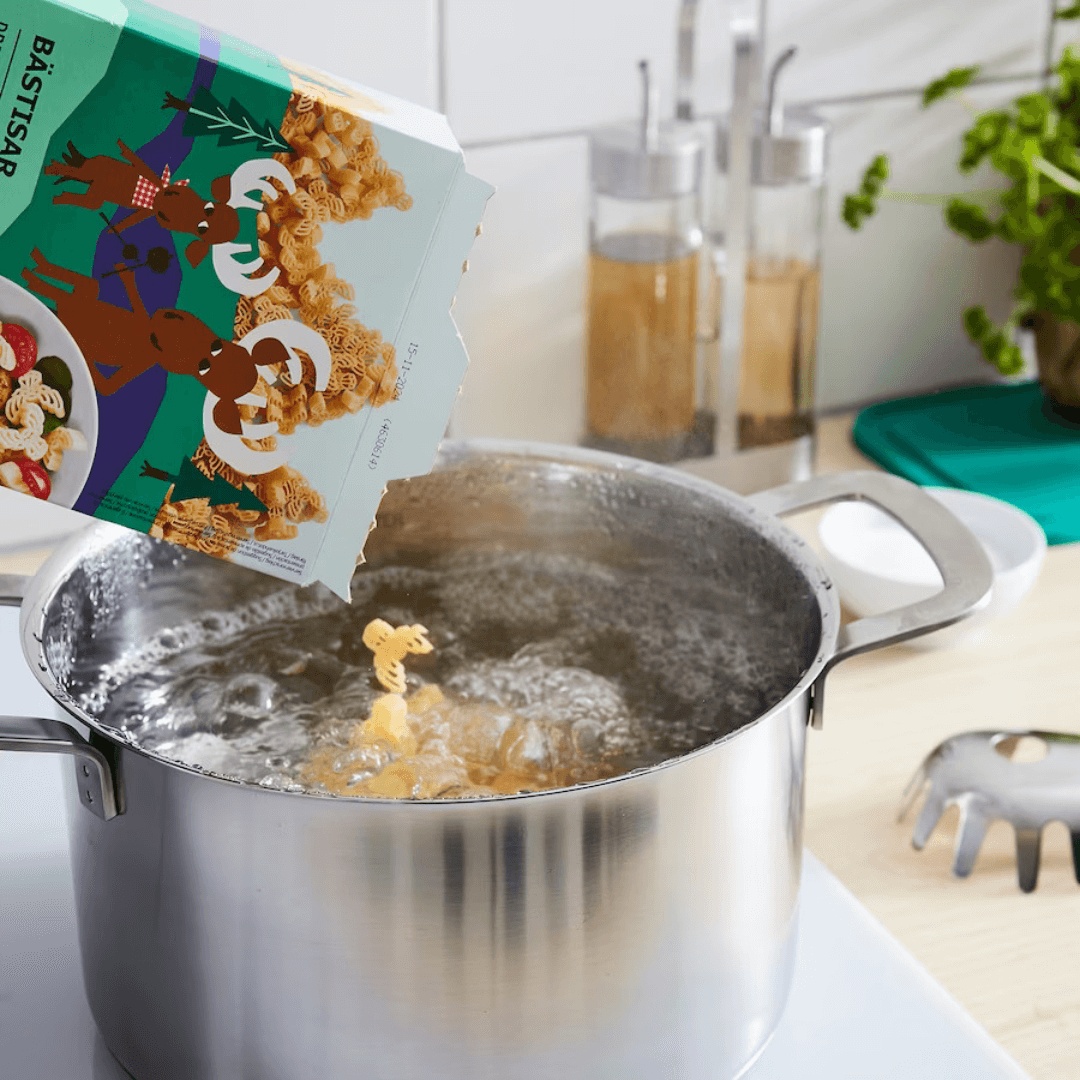 IKEA doesn’t only have specialty ingredients—the Swedish retailer has budget-friendly pantry staples, too, like these elk-shaped pasta noodles made from organic durum wheat. 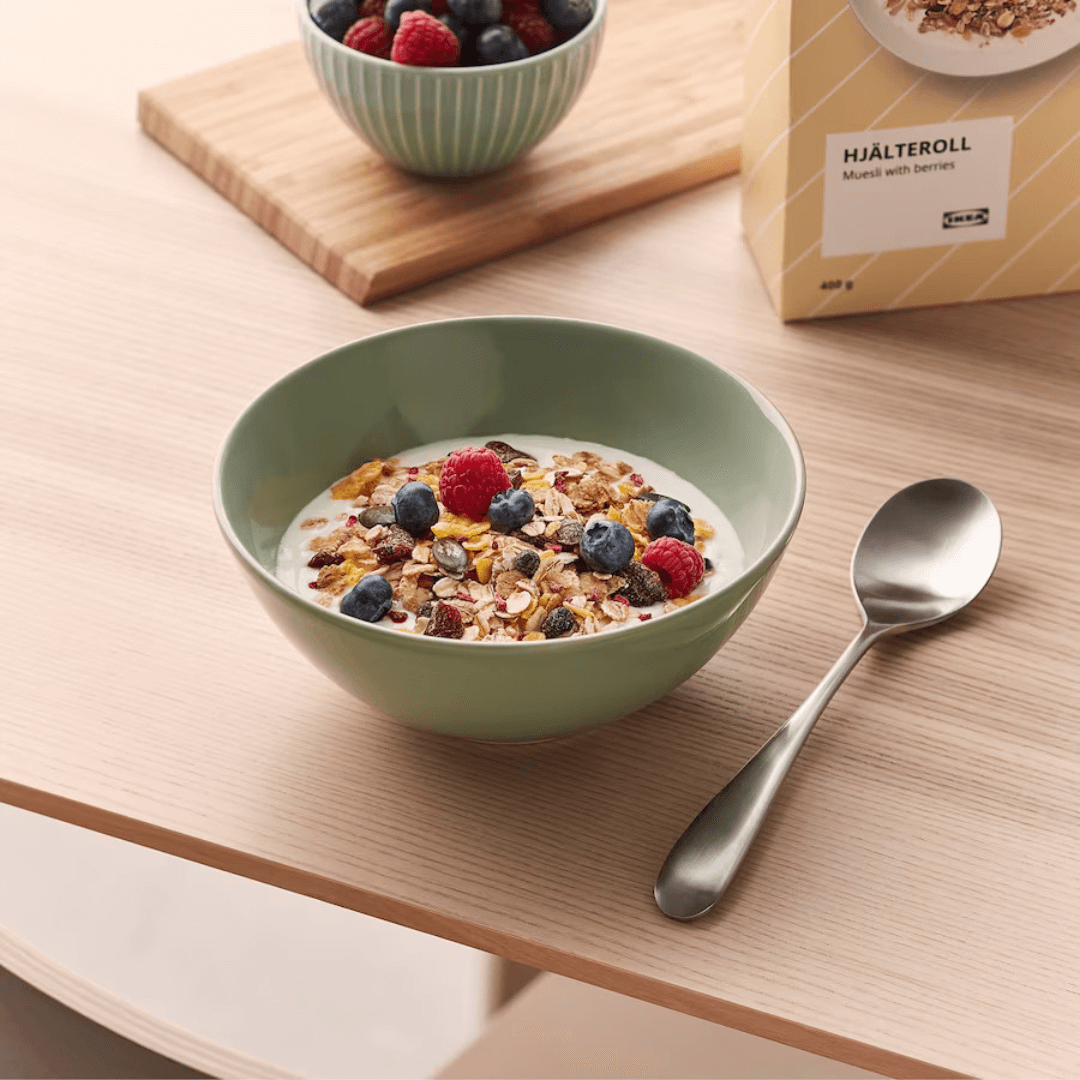 Need a low-effort breakfast? The muesli with berries is 100-percent vegan. The berry flavor features pumpkin seeds, plus dried cranberries, raspberries, and blueberries while the cocoa flavor contains dried strawberries and raspberries with a base of oatmeal and wheat flakes. The porridge, made from oats, barley, puffed quinoa, and seeds, is also vegan. 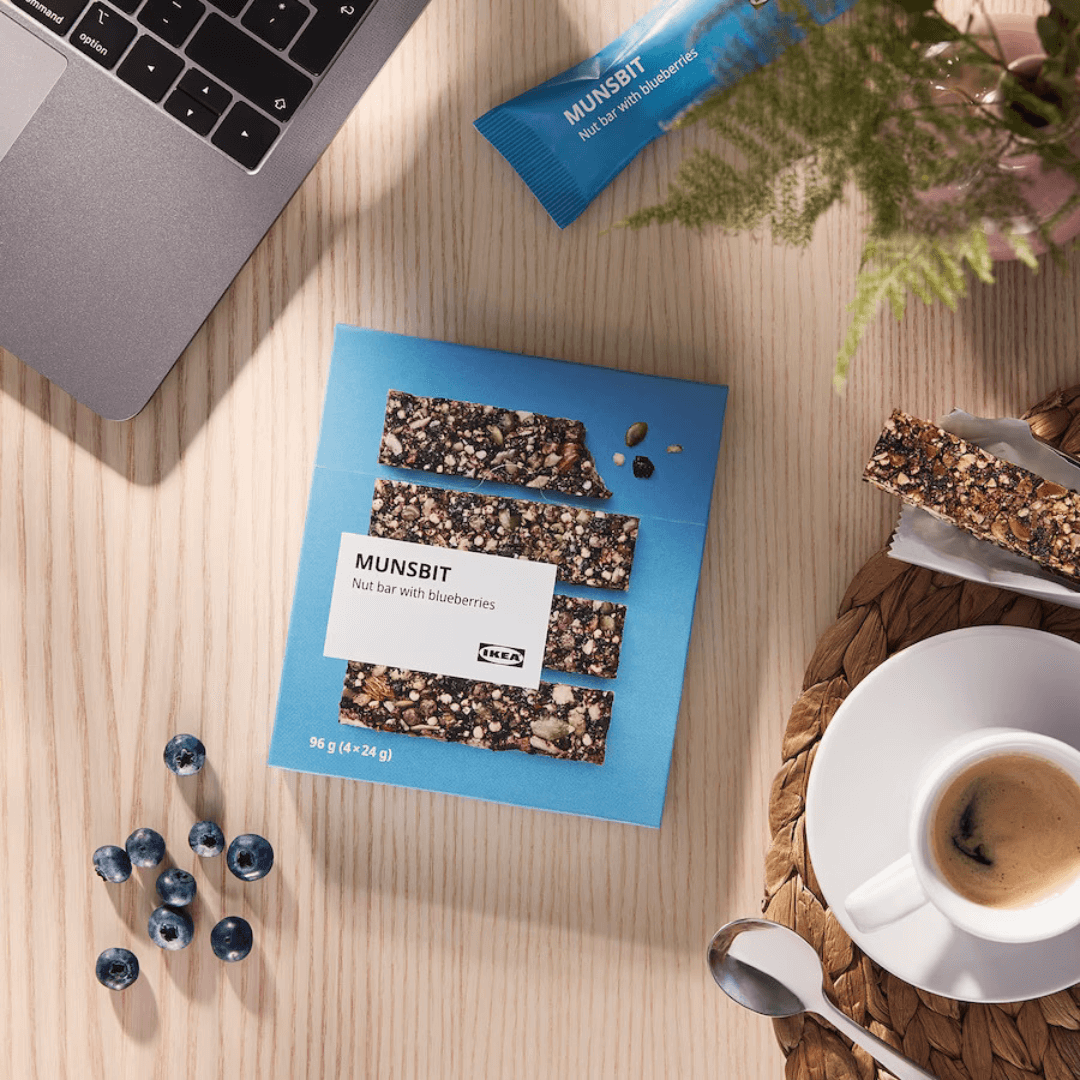 Yes, some of the cookies are free from all animal ingredients! Although the ingredients aren’t actually on the website, an IKEA representative confirmed to VegNews that you can choose from ginger thins, ginger thins with almonds, and the cookie with raspberry filling.
Learn more here 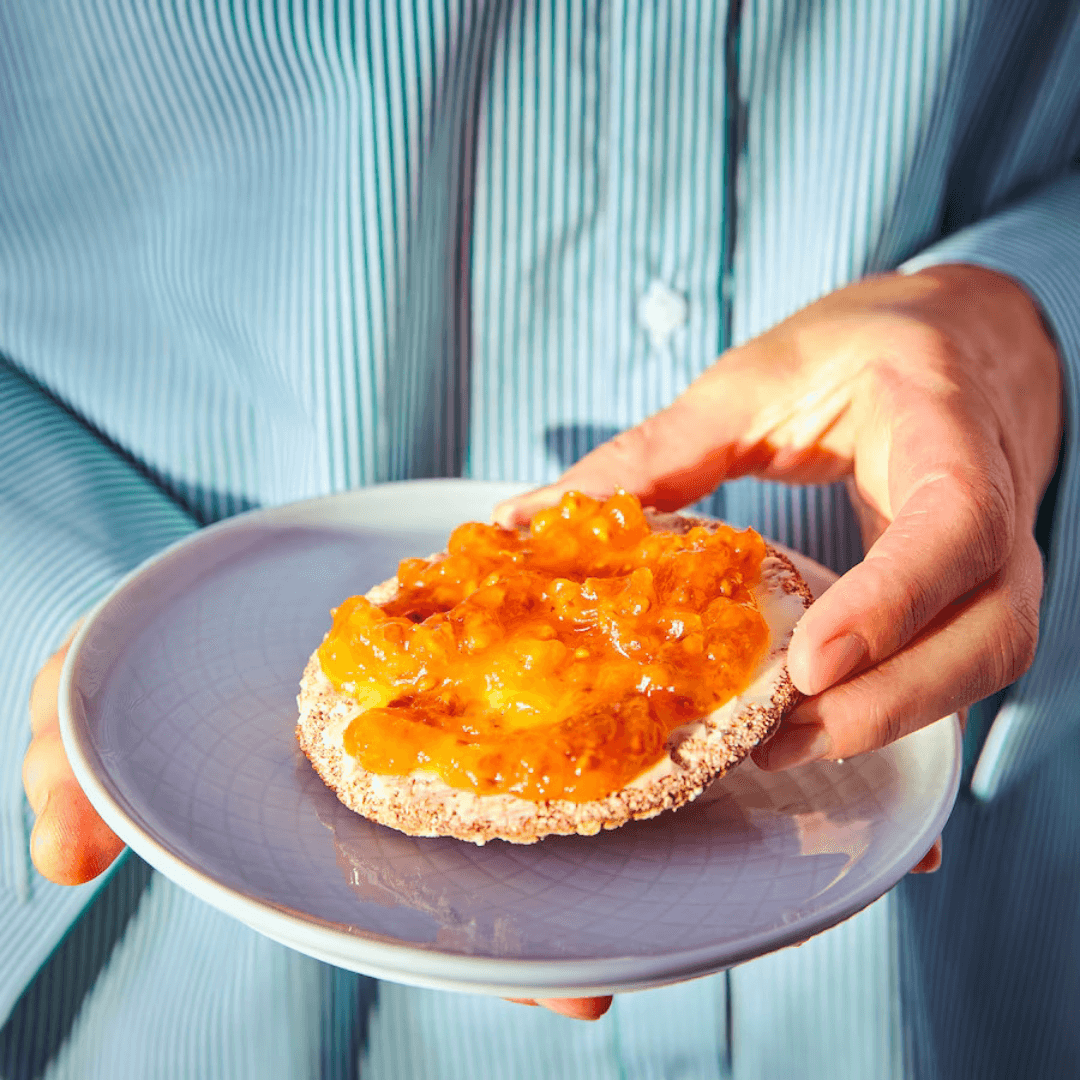 Perfect for stirring into oatmeal, spreading over bread, or serving with plant-based cheese and wine, IKEA’s organic jams and jellies are suitable for vegans. Flavors include orange and elderflower marmalade, strawberry, blueberry, raspberry and blueberry, and Cloudberry. 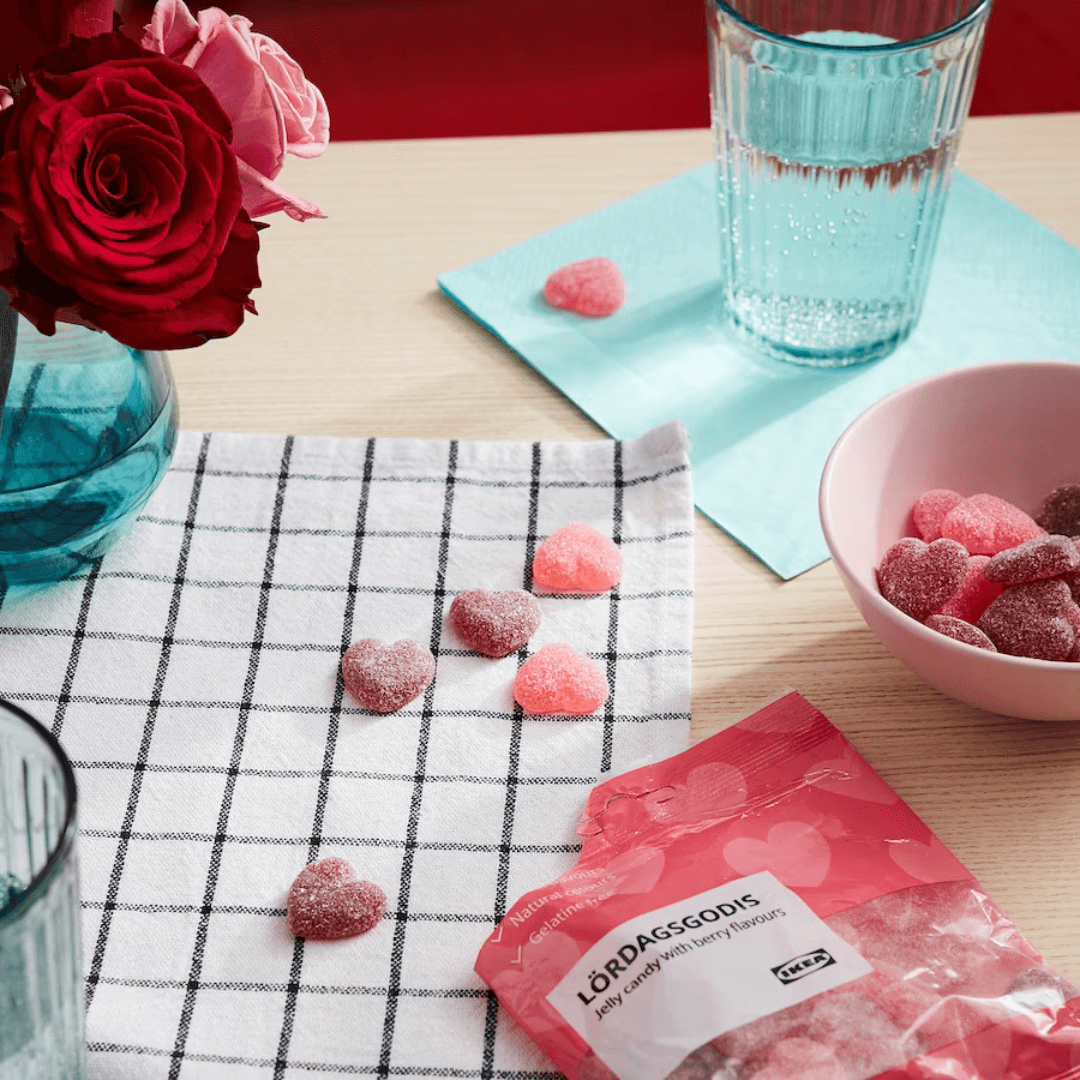 A lot of gummy candies are made with gelatin, but that’s not the case at IKEA. The sweets section is stocked with multiple kinds of chewy vegan candies, including cola-flavored moose jellies, berry-flavored hearts, strawberry and vanilla ice cream cones, sour Viking ships, and more. 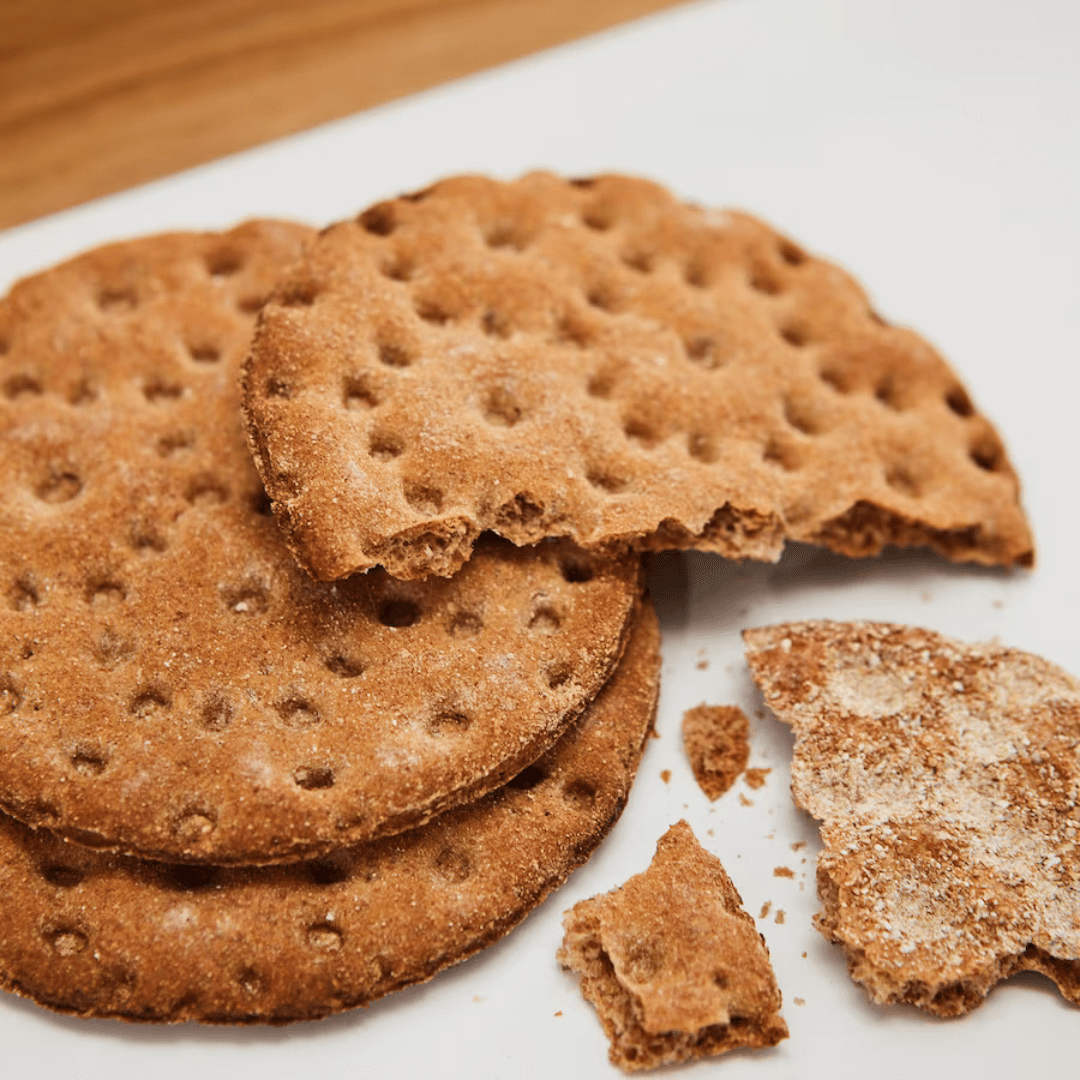 Bread is the backbone of many-a-meal and a lot of the options you’ll find at IKEA are vegan. You can choose from wholegrain crisp rolls, rye crispbread, multigrain crispbread, or soft thin bread. 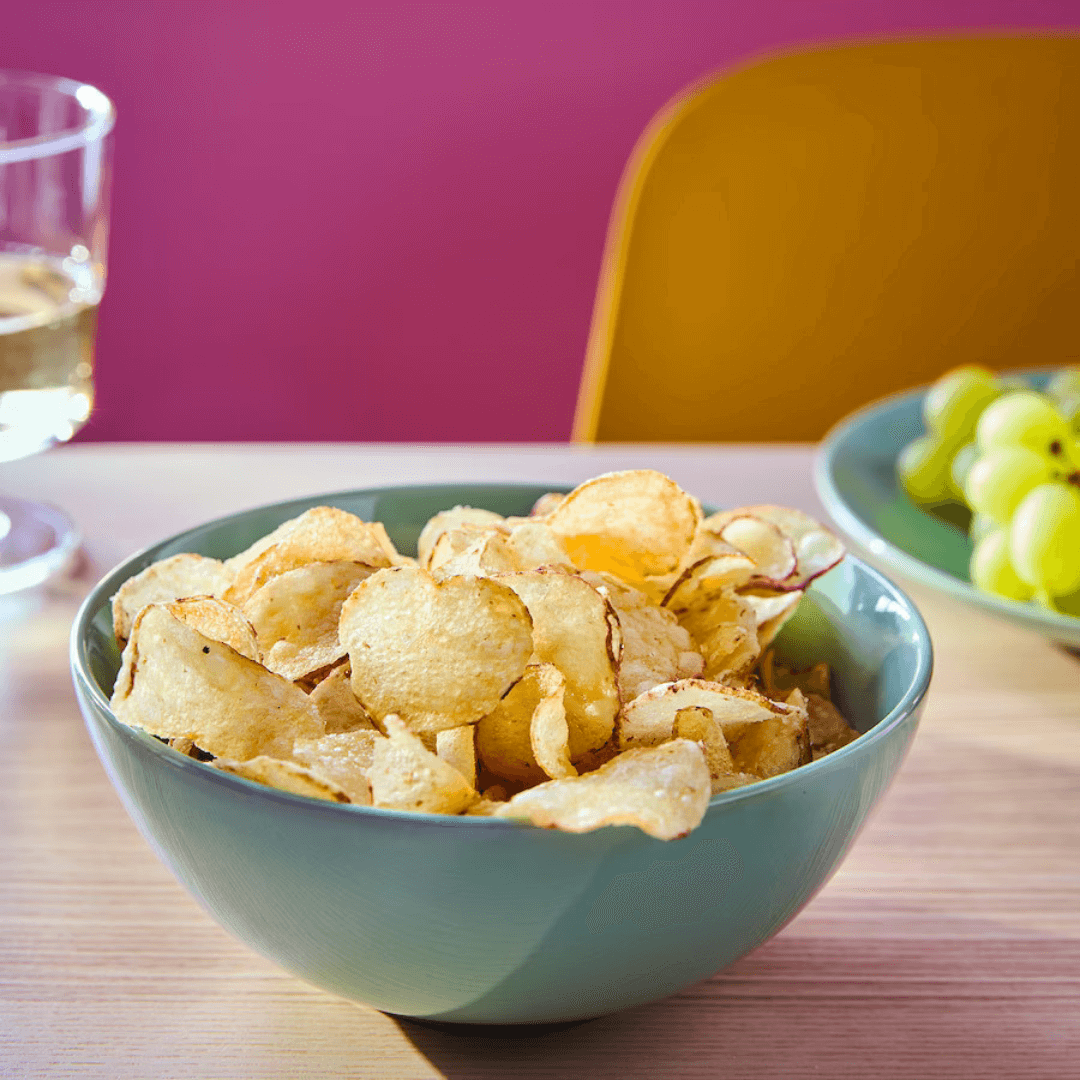 There’s no hidden milk powder in these salty snacks. These potato chips have the skin left on for a rustic touch. All of the flavors are vegan. If you’re in Europe, lucky you! The sour cream and onion chips are actually dairy-free.