Holidays can be difficult for vegans, but no day presents as many problems as Thanksgiving—especially if it’s been a while since you’ve been able to see your extended family. Sure, this food-filled Thursday is meant to be a celebration of things for which we are thankful, but once you go vegan, the idea of staring at a dead bird doesn’t sound so gracious.

Some vegans avoid this exploitation by celebrating Thanksgiving alone, but skipping out on the festive event is no fun during the holidays, which creates a dilemma for vegans: suffer or get tough. Naturally, we’ve chosen the latter, and in doing so have found seven ways to reclaim Thanksgiving as a day we look forward to.

Here’s how we’ll be surviving Thanksgiving this year and all the years to come. But first, let’s take a look at some of the reasons why we choose not to eat one of Thanksgiving’s most traditional foods, turkey, as well as some of the vegan dishes we’ll be eating instead.

Animal exploitation is one of the biggest reasons many people decide to go vegan. And in the turkey industry, unfortunately, abuse and mistreatment is rife.

Every year, more than 245 million turkeys are slaughtered in the US; around 46 million of them will end up on Thanksgiving tables. Like the majority of farm animals in the country, most turkeys are raised on factory farms. There, they are not only subject to overcrowding in dirty conditions, but they are also unable to express their natural behaviors. 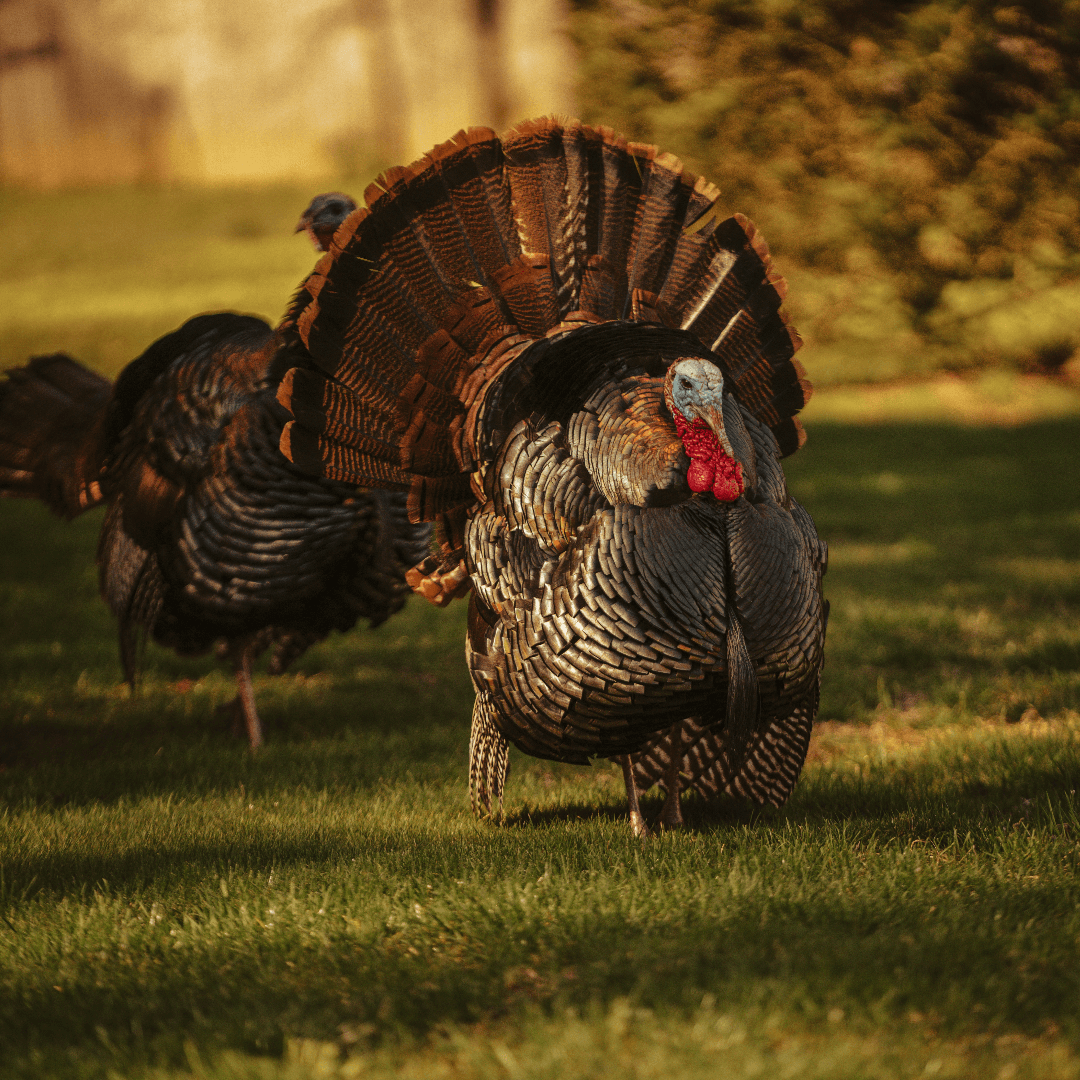 In the wild, turkeys have demonstrated that they are highly intelligent. They love to play, build nests, show affection, and they can even recognize each others’ voices. But on factory farms, they can do little more than sit in filth. And because demand for their meat is high, they also suffer from selective breeding.

Turkeys are bred to grow extremely quickly, but this puts immense pressure on their legs and organs. Some have been known to die from heart failure for this reason. Turkeys in factory farms have also been known to engage in stress-induced behaviors, like feather-pecking.

Alongside animal welfare, another reason why some people choose to go vegan is for environmental reasons. After all, animal agriculture as a whole is responsible for 14.5 percent of global greenhouse gas emissions.

Beef, in particular, is known for its detrimental environmental impact, but poultry farming isn’t sustainable either. 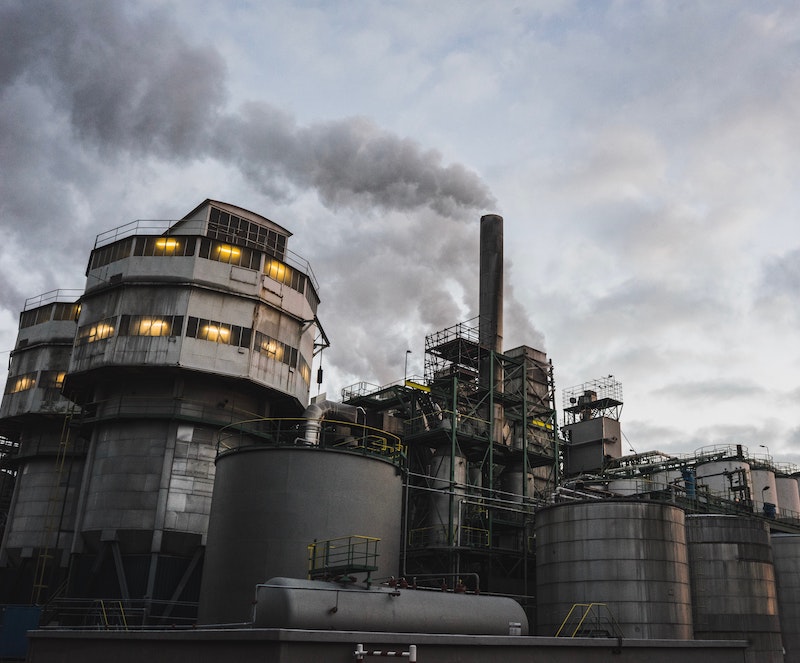 Like chickens, most turkeys eat feed made with soya. In fact, nearly 80 percent of the world’s soy goes to feed livestock animals, not humans (only seven percent goes to foods like tofu, for example). And together with beef and palm oil, the crop’s cultivation is a leading driver of deforestation. So far, more than 50 percent of the Cerrado, a vast tropical savanna in Brazil, has been lost to deforestation.

But that’s not all. Intensive poultry farms are also associated with a multitude of other environmental issues, including water pollution, air pollution, and soil contamination.

What do vegans eat on Thanksgiving instead of turkey?

If you’re forgoing the Thanksgiving turkey this year, you have countless delicious options available to you. You could try your hand at one of these 11 meatless vegan recipes, for example, which include dishes like quinoa-stuffed acorn squash, roasted butternut squash sliders, and pumpkin curry. 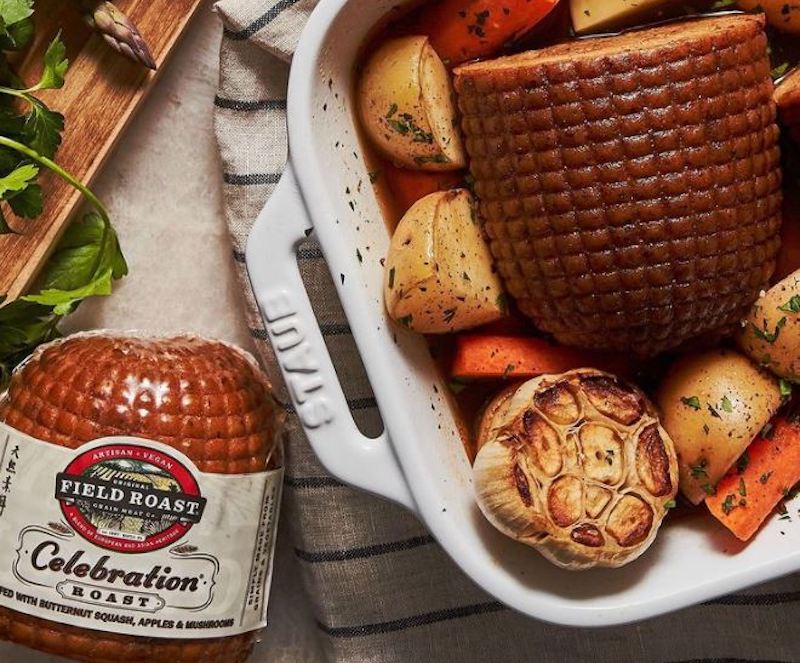 Alternatively, if you want something that has the same meaty texture (but without the actual animal meat) you could try one of Field Roast’s options, or one of Tofurky’s stuffed vegan meat roasts.

If you’ve got the turkey replacement down, but you’re struggling with side ideas, you could consider making a vegan roasted sweet basil squash, or maybe a pumpkin and parsnip soup. To help you out, we’ve put together 36 Fabulous Vegan Thanksgiving Sides.

How to survive Thanksgiving as a vegan

If you’ve got all the recipes or food ideas sorted, the next thing you need to do is prepare for the big day itself. It can be tricky navigating the holiday season as a vegan, especially if you’re the only one, but that’s why we’ve put together this handy survival guide. 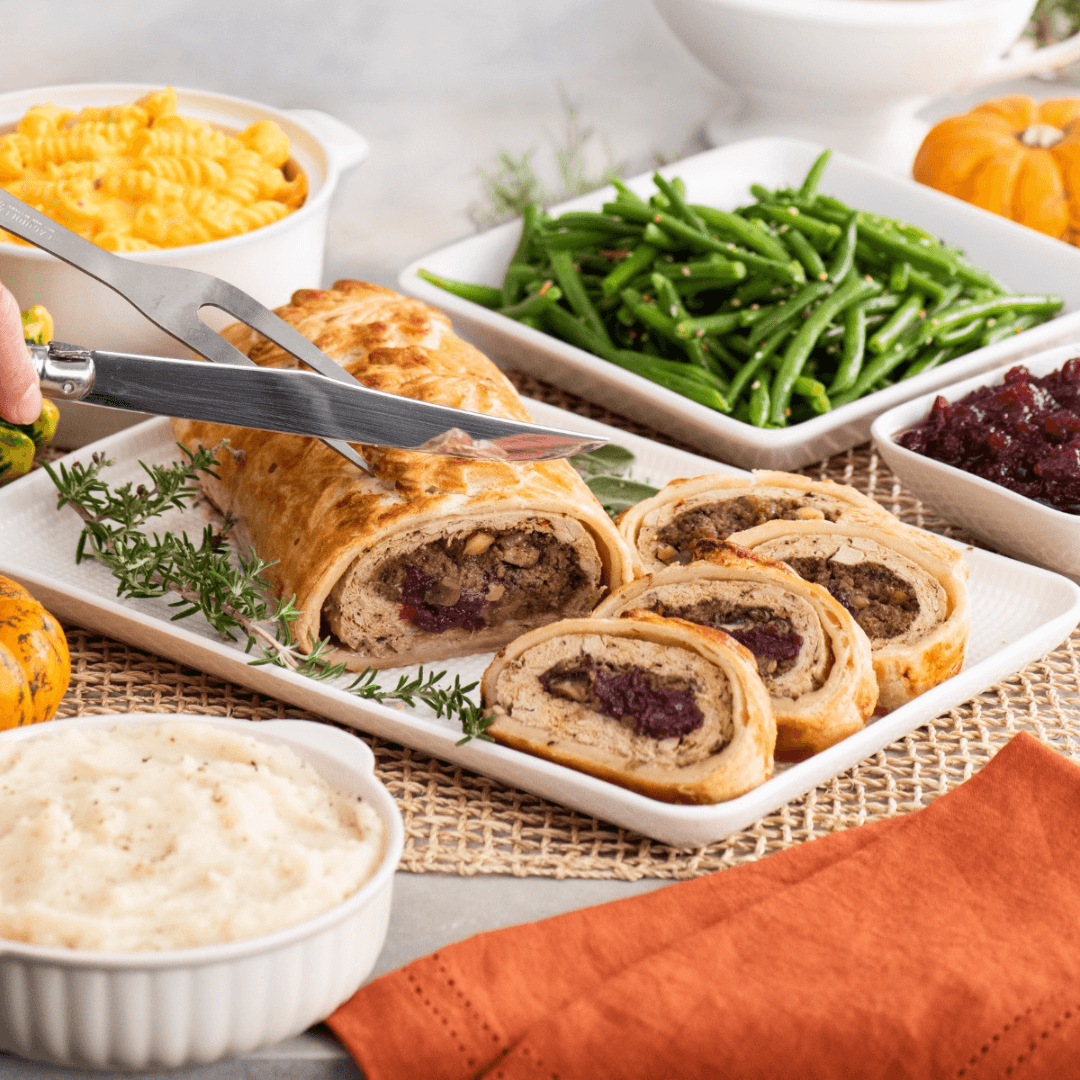 1 Supply your own food

One way to make the Thanksgiving feast easier for everyone (especially yourself) is by providing your own food  (peruse the recipes above for ideas!). No matter what the night’s master chef told you about them making plenty of vegan options for you, providing some of your own dishes never hurts. The chef might initially side-eye you, but supplying your own food allows you to take control of what you eat and how much you shovel onto your plate. Not much of a cook? Peruse through the different veg-friendly holiday meal offerings often available for pre-order at vegan restaurants and in specialty grocery stores. 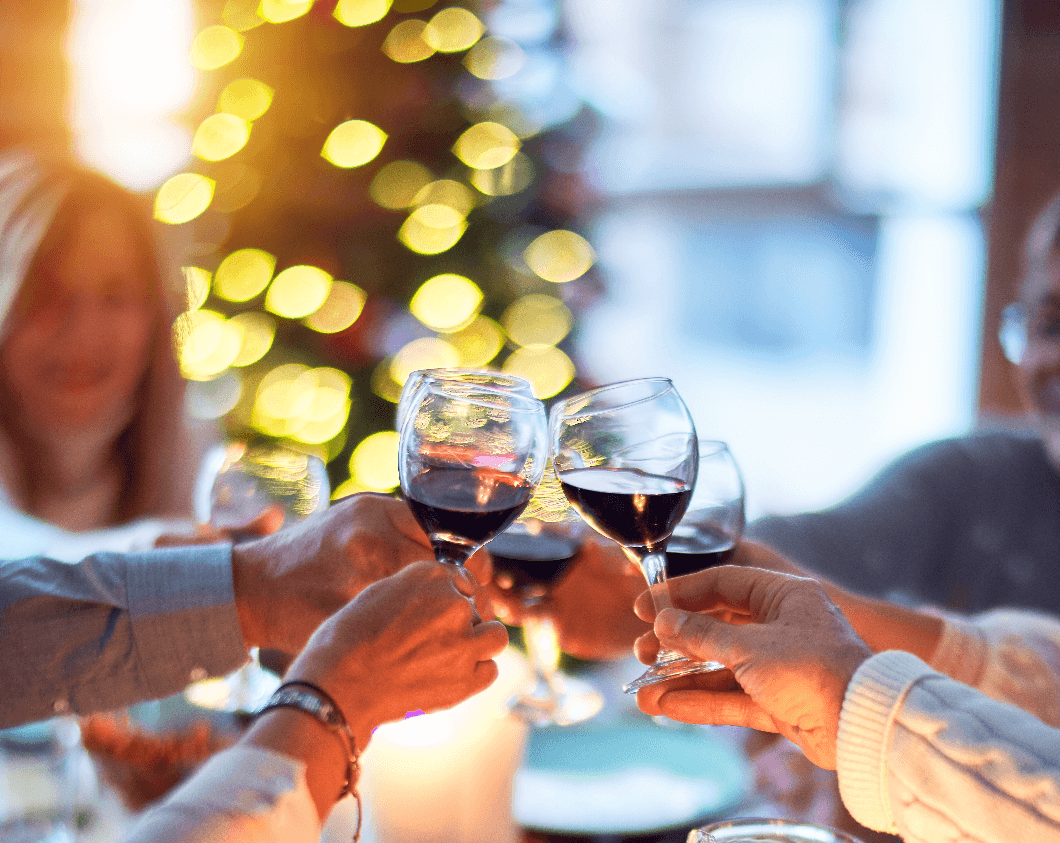 2 Leave your activism (and your judgment) for another time

Similar to anything else, activism has to be calculated to be as effective as it can possibly be, and a holiday gathering with friends and family is not the place for informing people of the world’s horrors.

In the same way most business deals are done outside of business hours, your activism should be saved for the right situations for maximum effectiveness. Unless you were raised vegan from birth, and never swayed, you were once in the same seat your family and friends are in now.

Think about how you would have responded to being or feeling attacked. Would you have listened intently and changed that day, or labeled them annoying and judgmental and vowed never to be like them? Just like a vampire can come inside of a home they’re invited to, people will listen to something only if they’re interested. 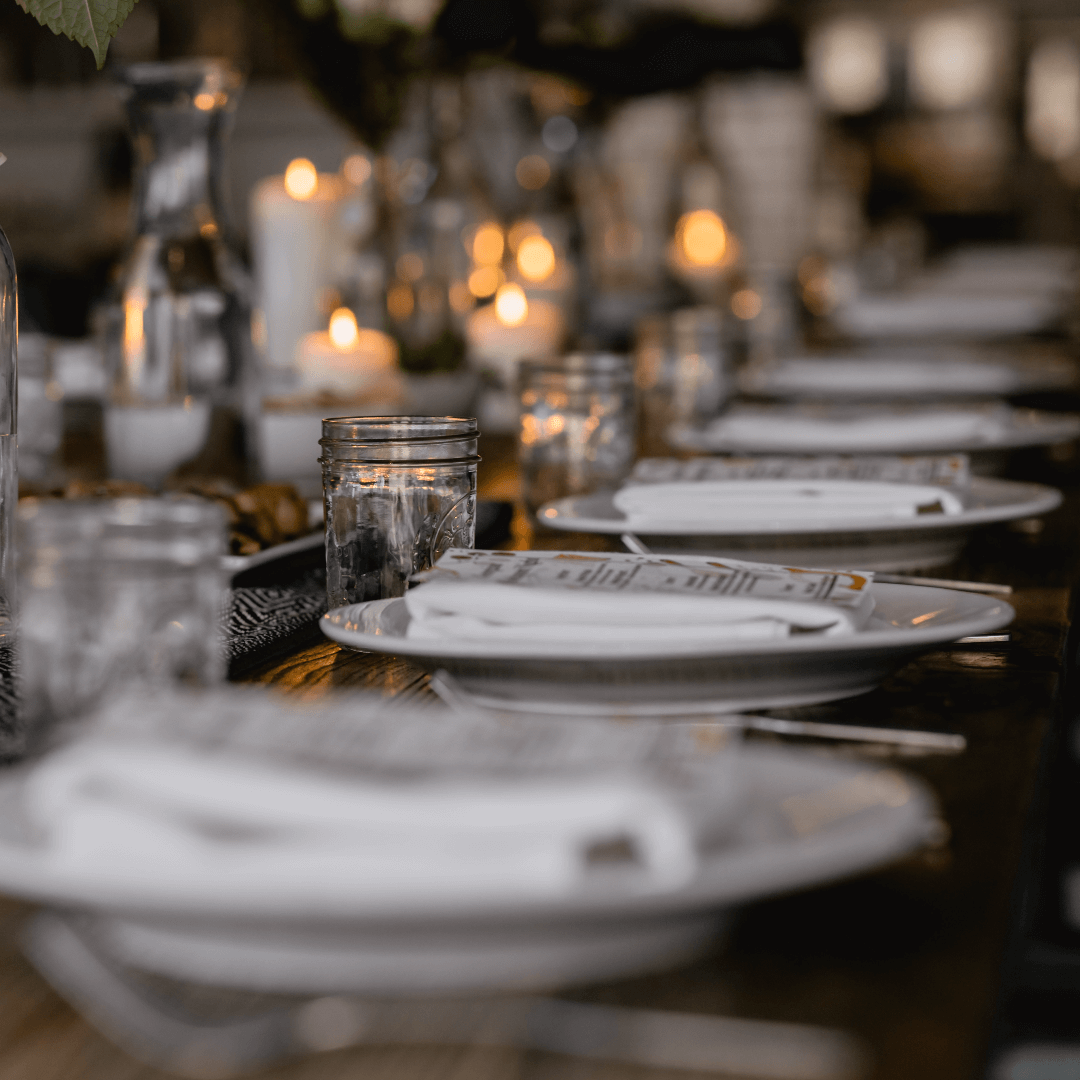 3 Change the angle (if you’re celebrating with non-vegans) 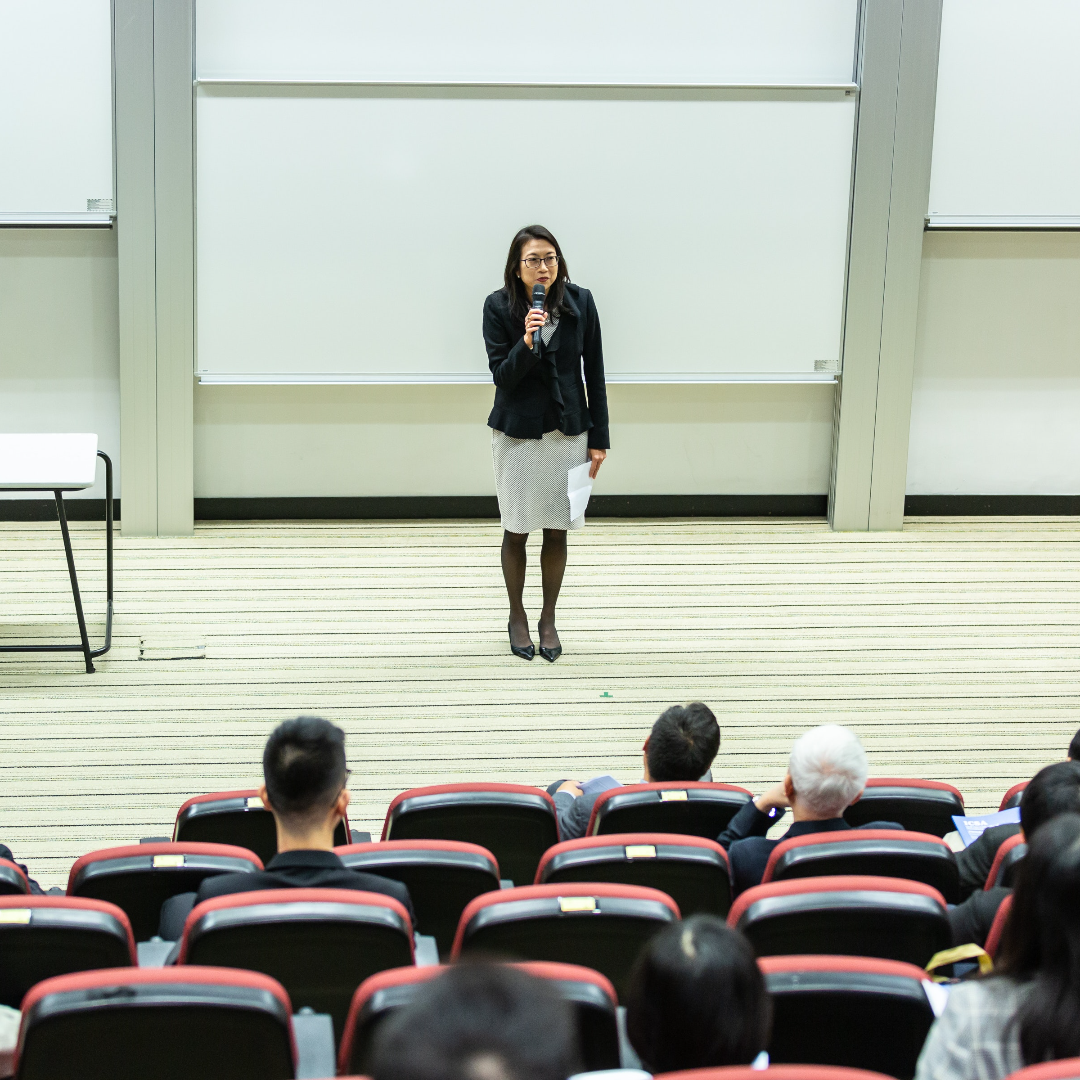 Every Thanksgiving, like clockwork, vegans get a barrage of questions from people about our lifestyles. Generally, these questions aren’t malicious: they’re questions the uninformed have about veganism, so it’s best to be ready to answer them as accurately and patiently as possible. 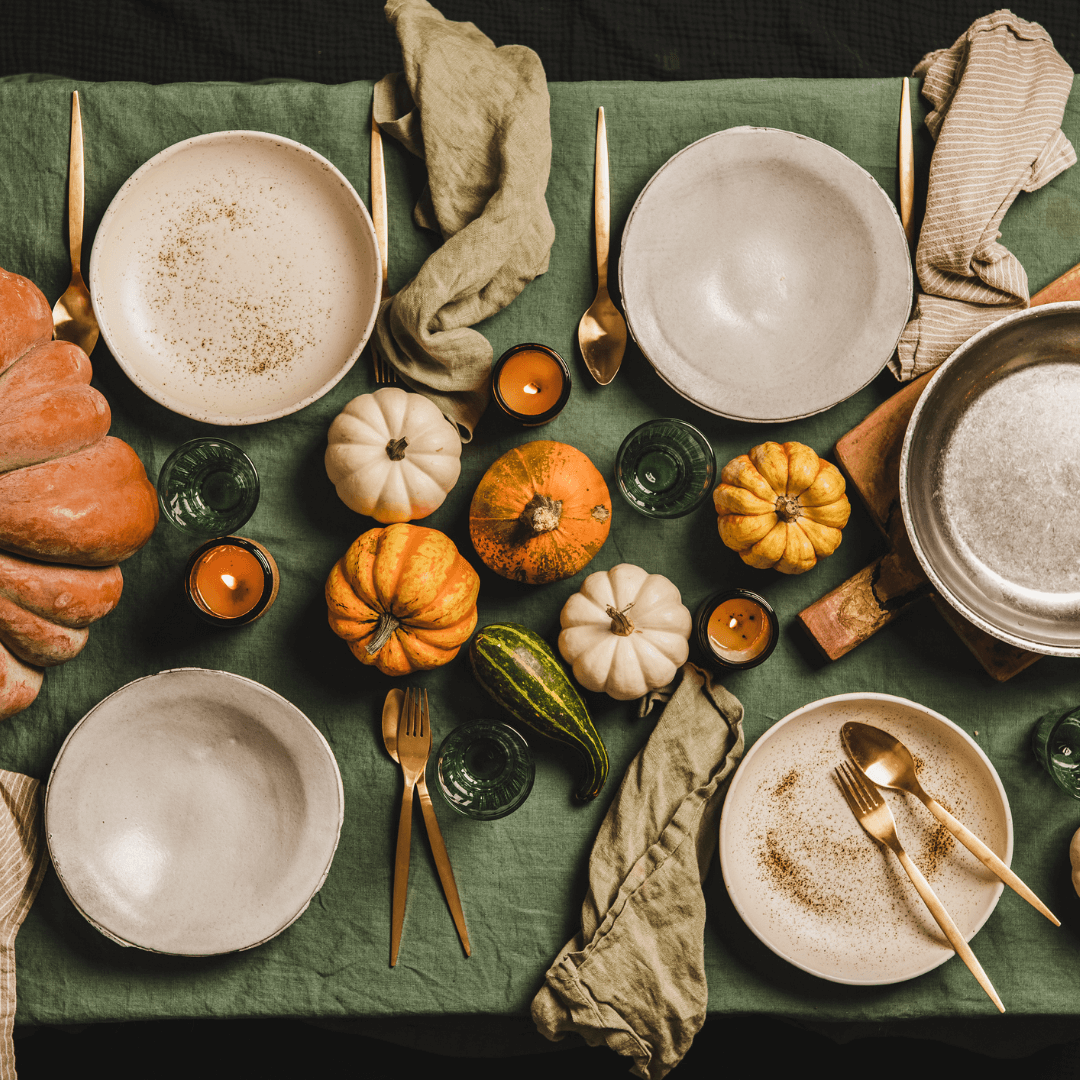 Just can’t bear another holiday celebration in which a dead animal takes center stage? If so, we suggest hosting (or co-hosting) your own Thanksgiving celebration. Then, you’re totally in charge! 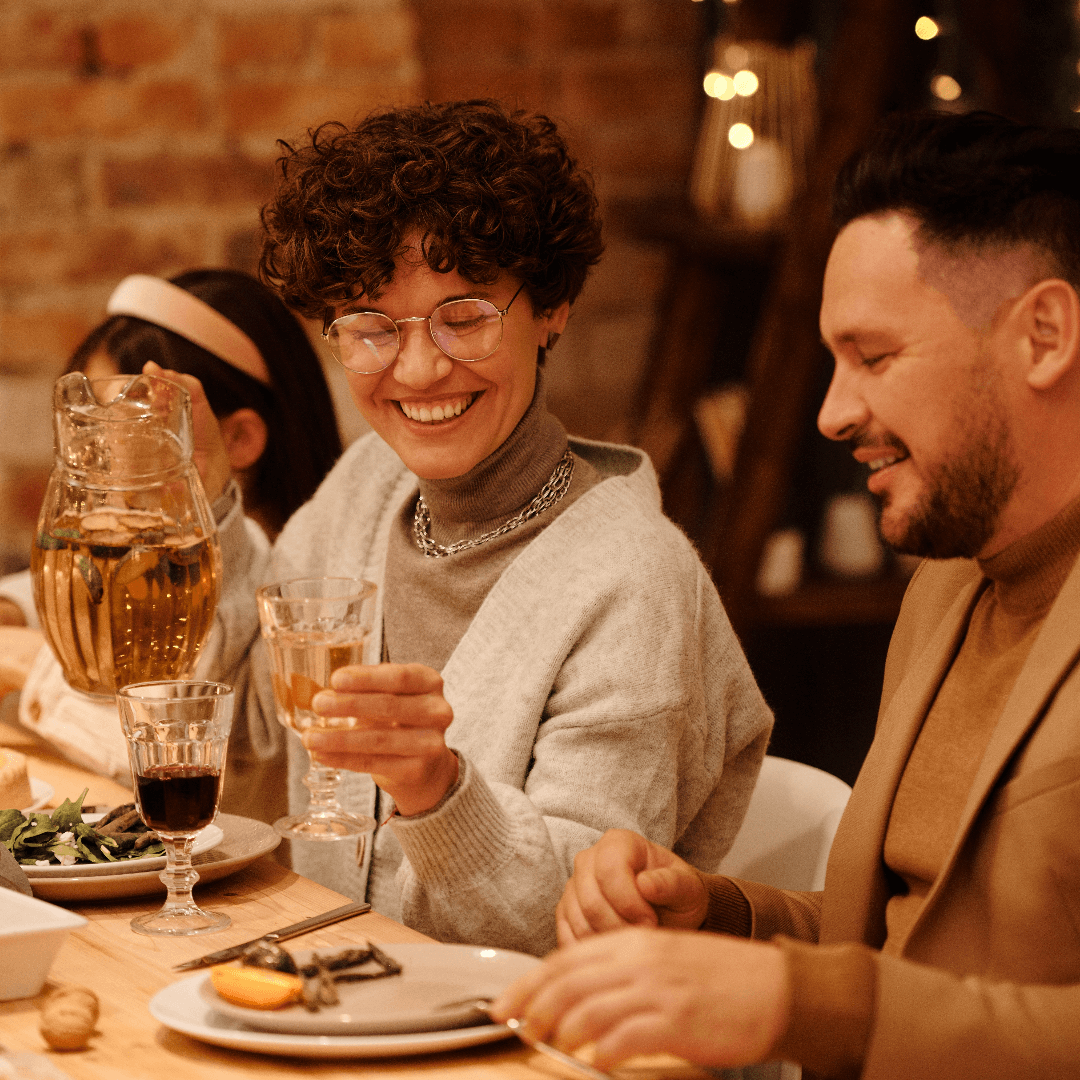 Yup, this is a Game Of Thrones reference, but it might be the most important tip. You have to be able to hold down your vegan wall, which translates to you being able to show pride, confidence, and conviction in the eyes and presence of people who might think you’re insane because you aren’t partaking in Thanksgiving in the traditional sense.

You’ll be the measuring stick as to what veganism is to many people, so if you make it look hard, super-inconvenient, or something anything other than a normal, everyday thing, then that’s what it’ll seem to them. To remedy this, show them your best side and be a lion of a vegan. 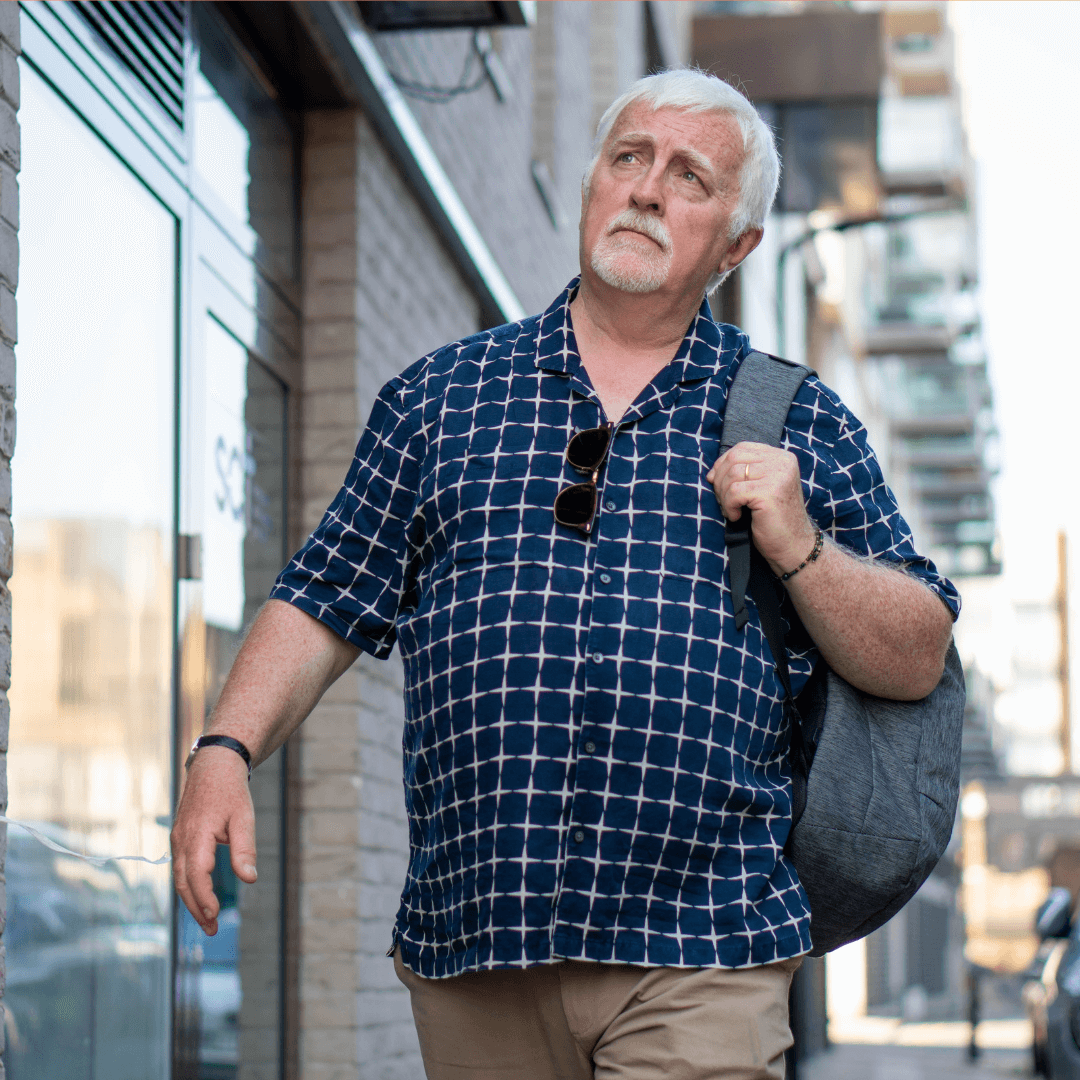 7 Don’t let your loud uncle get to you

We all have that uncle who’s the loudest person at the family gathering … especially after he’s had a few sips of eggnog. He’s definitely going to be at your family’s Thanksgiving dinner, and when he finds out you’re vegan, he is going to test your patience.

Know that his insensitive words are coming, and don’t let him get to you. Instead, calmly explain your stance until some other topic grabs his attention—or he passes out from drinking too much.

Alex Moller is an ardent rock climber, obsessed foodie, and frequent meditator, and is the other co-founder of Vegr.