You’ve probably heard of the paleo diet, also known as the Paleolithic diet or the “caveman diet.” This diet trend is all about reverting back to the unprocessed diets that our caveman ancestors ate, rejecting not only modern processed foods and their alleged associated health risks, but also carbs, beans, and bean-derived foods, like tofu.

If that sounds impractical for the average human, you’re right. “I’m all about vegan diets and whole food diets, but even I believe this is overly restrictive,” Dana Ellis Hunnes, PhD, MPH, RD Senior Clinical Dietitian at UCLA Medical Center, and author of Recipe for Survival, tells VegNews.

Here’s the rundown of what you can eat on a paleo vegan diet, plus why it’s not sustainable in the long run.

What is a paleo vegan diet?

Hailing from the 1970s, the paleo diet was designed to emulate the way humans of the Paleolithic era, or the Old Stone Age humans would eat some 2.5 million years ago. By this point, early humans used fire to cook food and had access to stone tools that allowed them greater access to more resources and a better chance of survival.

Obviously, early humans didn’t have access to instant ramen and vegan boxed mac and cheese. But, that doesn’t mean that they followed the modern paleo diet. 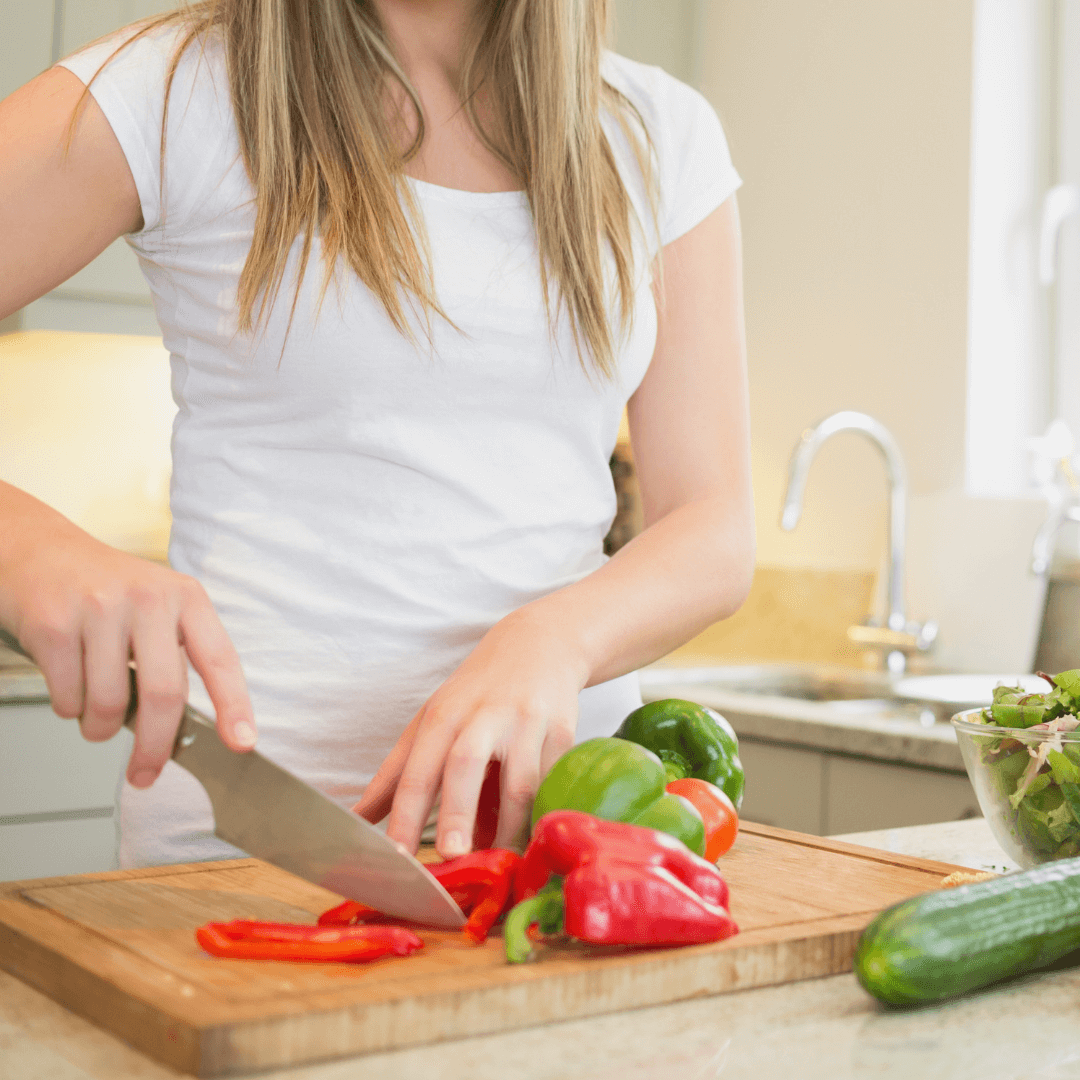 Although diets differed across global regions, archaeological evidence and the modern study of tribes that still practice hunting and gathering has allowed researchers to make educated guesses about what real-life Paleolithic people ate. This includes tubers, nuts, seeds, edible flowers, barley, and legumes—those latter two will be important later on.

In addition to that, Old Stone Agers would likely eat small game meat where available, but this likely made up no more than 3 percent of their diet. Coastal-dwelling Paleolithic humans would have access to seafood and it’s also likely that people worldwide added insects, honey, and honeycomb to their diet.

Notably, the bulk of protein from the non-vegan paleo diet comes from meat and seafood because, despite evidence that real-life Paleolithic humans ate them, legumes aren’t allowed. The same goes for grains.

Those prehistoric humans had access to barley, but no grains are allowed in the contemporary paleo diet, following diet trends that call for people to restrict carbs.

What can’t you eat on a paleo vegan diet?

One of the main criticisms of the paleo vegan diet is that it’s not truly reflective of the way people ate. The other is that it’s prohibitive.

“A paleo vegan diet is very restrictive and dangerous,” Kathryn Bonilla Strickland, RDN, and founder of the Plant Centered Dietitian, says. “It restricts many nutrients such as iron, protein, zinc, and magnesium that our body needs to function. This diet can easily lead to many nutrient deficiencies.”

Foods that are restricted from a paleo vegan diet include:

What can you eat on a paleo vegan diet?

The theory behind the paleo diet is that if your Stone Age ancestors couldn’t hunt or gather it, it’s not okay to eat.

“There are not any upsides to being on a strict paleo vegan diet,” Strickland says. “If you do decide to be on a paleo vegan diet then work with a registered dietitian for a well-balanced plan to meet all your nutrient needs.” 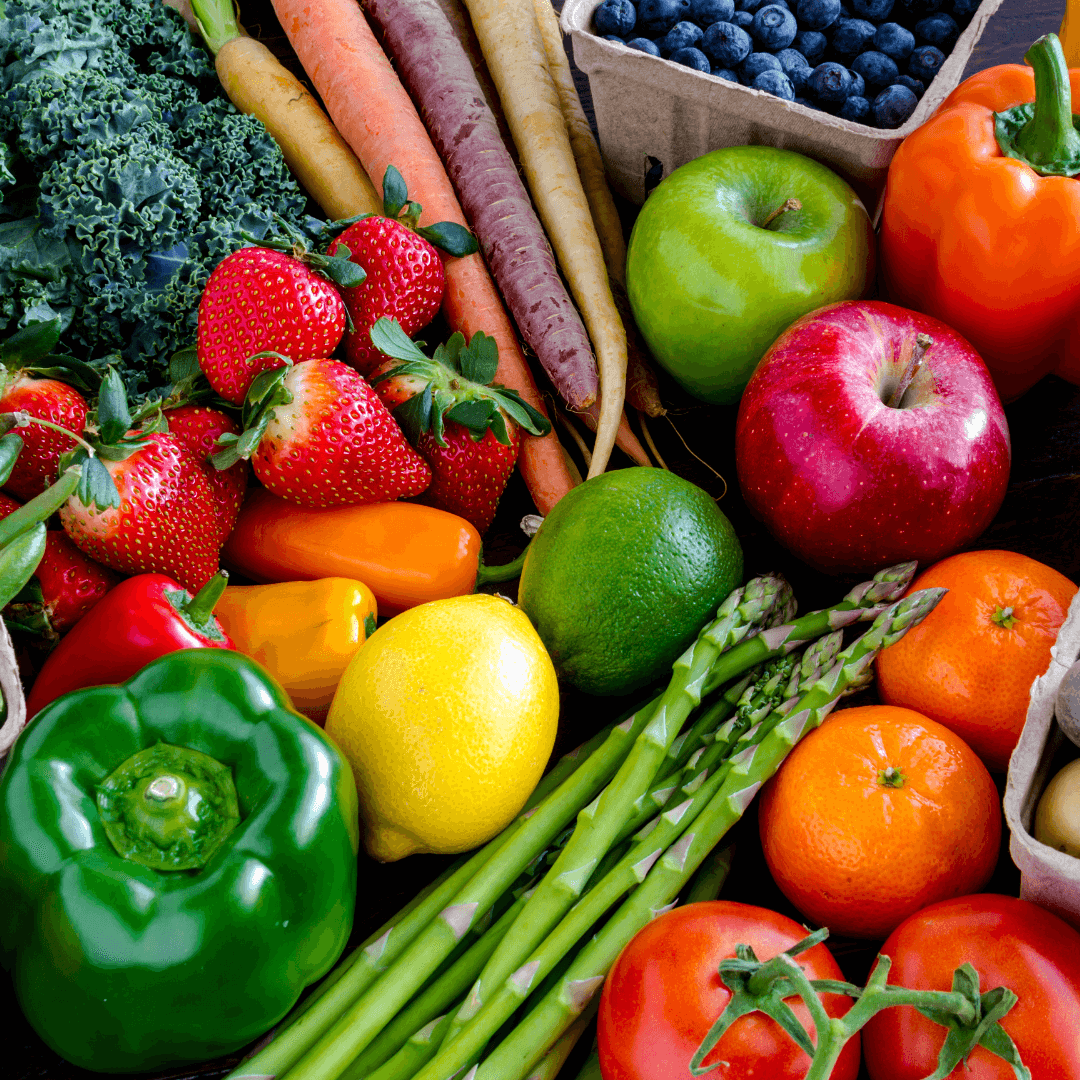 That makes options limited—especially when you account for the fact that meat, fish, and eggs are considered to be the main source of protein on this diet. When you take away all of the animal products, paleo vegan-friendly foods include:

Is a paleo vegan diet healthy?

The paleo vegan diet is built on a good foundation in that it encourages people to eat primarily whole, plant-based foods, which is associated with a lot of benefits.

Research has linked diets high in highly-processed foods like deli meats and most fast food, to chronic diseases like heart disease, Type 2 diabetes, and certain cancers. But, the paleo vegan diet may not be healthy for you in the long run for a number of reasons.

The Paleo vegan diet leaves little space for wiggle room and a 100-percent by-the-books adherence to is difficult.

Some people follow the general guidelines of a paleo diet, such as the focus on minimally processed foods, but allow themselves to eat whole grains like brown rice, pseudo-grains like quinoa, and other “forbidden foods” like dark chocolate, wine, or coffee. 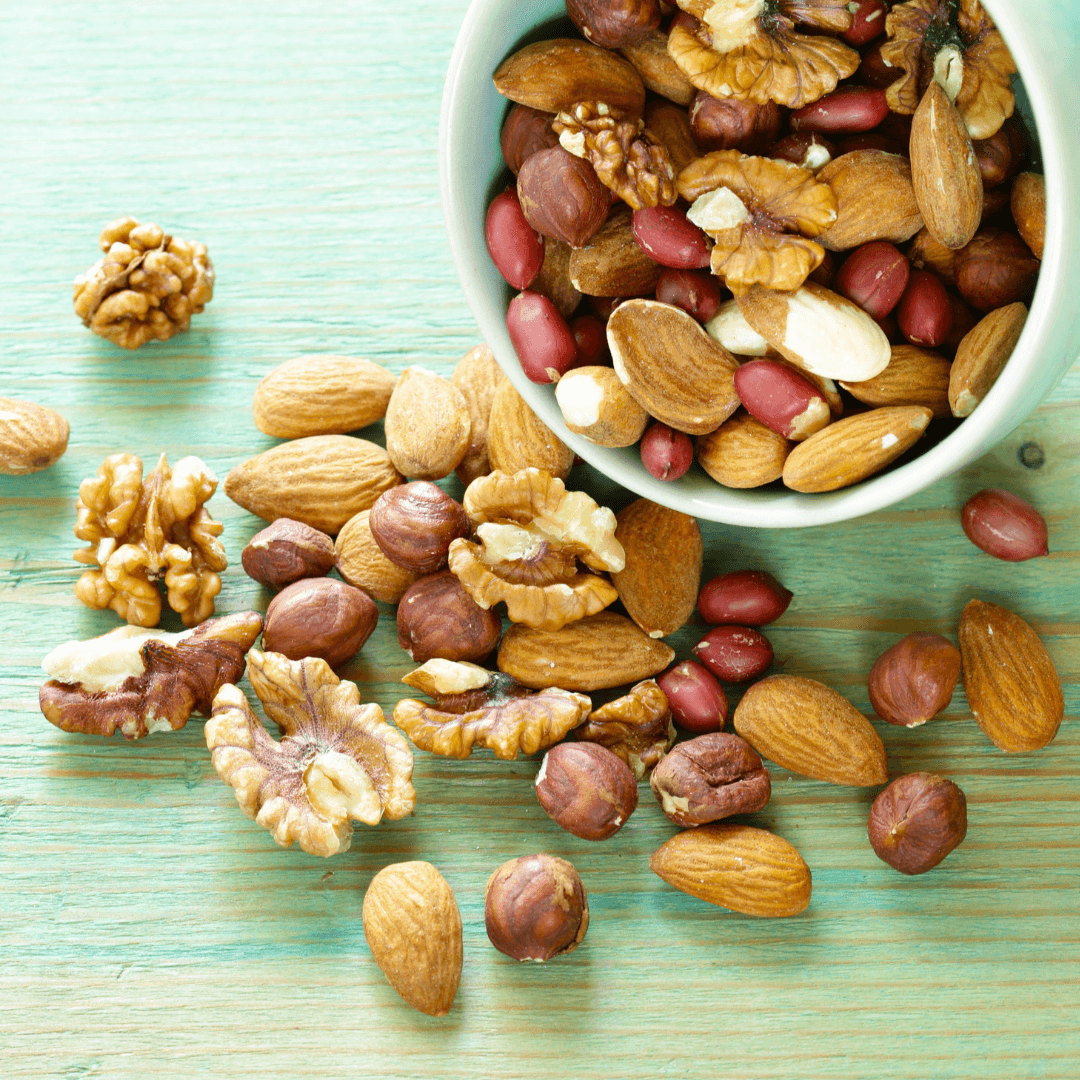 “While it is possible to get enough calories, vitamins, and protein on a paleo vegan diet,” Hunnes explains. “I see it as unnecessary and less healthy than a whole-food, vegan diet because it is overly restrictive in my mind and requires excessive amounts of planning.”

If the de-emphasis on highly processed foods is appealing, a whole-foods, plant-based diet also follows the paleo diet’s principle of filling your plant with produce. But, it doesn’t exclude important proteins such as legumes and tofu nor does it cut out whole grains and whole wheat pasta.

“Lectins, found in legumes, are only harmful if consumed raw or from undercooked legumes,” Hunnes explains. “Grains are a wonderful source of fiber and B vitamins as well. Cutting these two food groups out is excessive.”

Rice, oats, pasta, noodles, and bread are staple foods in the majority of global diets. They’re high in carbohydrates, which provide you with energy and support other bodily functions. According to the Dietary Guidelines for Americans, carbs should make up between 45- to 65-percent of your diet. 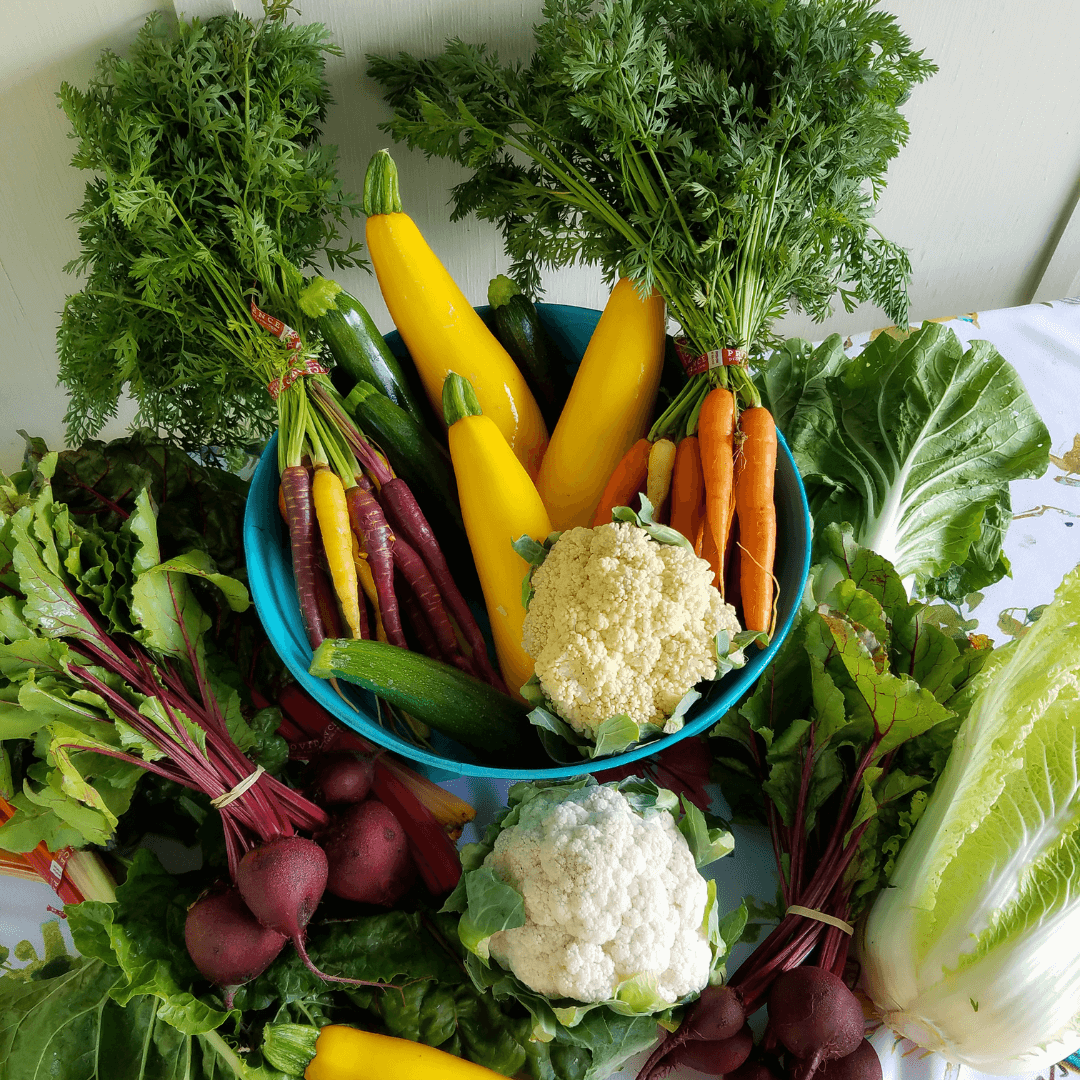 The other problem is the near-lack of plant protein. This macronutrient also supplies you with energy, but it also helps your body repair cells and create new ones.

Usually, someone following a vegan diet would get their protein—which should make up between 10- to 35-percent of your diet—from a mixture of beans, lentils, tofu, and plant-based meat.

It can be expensive

Legumes are one of the world’s most affordable sources of protein, but they’re not allowed on a paleo vegan diet. Nuts and seeds, meanwhile, can be pricey in large quantities.

Minimally processed frozen fruits and vegetables can be more cost-effective than their fresh counterparts. However, consuming enough calories per day without beans, lentils, or grains means upping your consumption of produce, which can tack a lot onto your annual food expenses.

As always, you should consult with your doctor or a dietitian nutritionist if you plan on making any big changes to your diet.