Looking to crank up the heat after a date night? You and your love can get in the mood vegan-style with these aphrodisiacs and our sexy menu of delicious meat- and dairy-free decadence to get you in the mood. 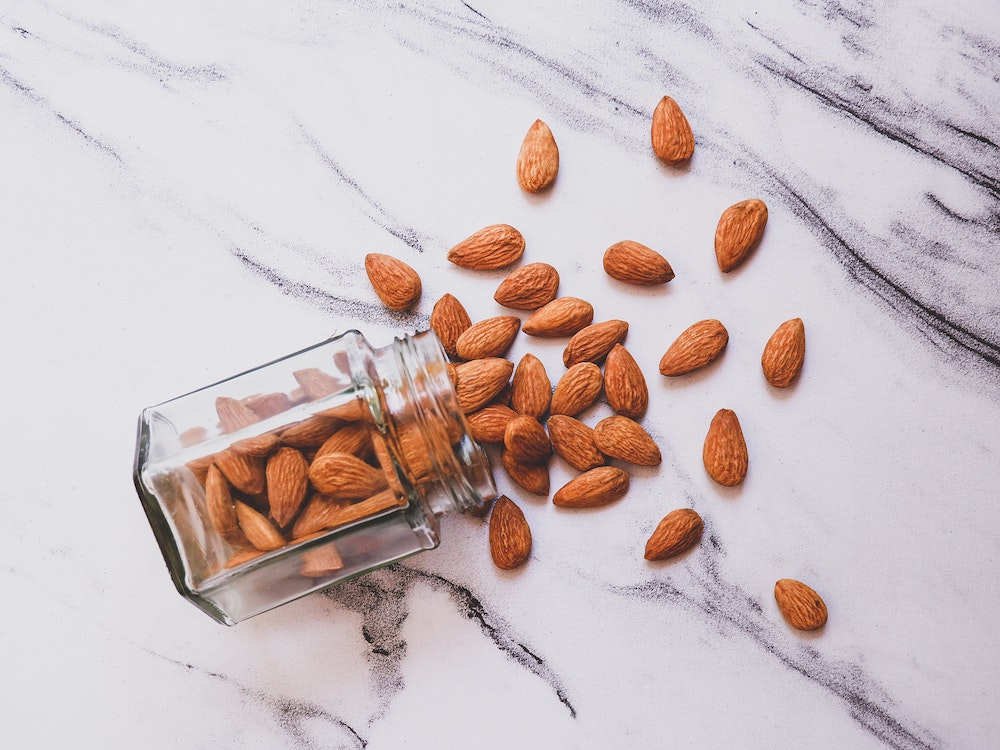 This nut is one of the earliest-cultivated foods and has been regarded as a symbol of fertility throughout history. In fact, the tradition of having almonds at a wedding began during Roman times—guests would throw the nuts at newlyweds. It is also thought that the smell of almonds incites passion in women.

A delightfully spicy leafy green that’s part of the cruciferous vegetable family, arugula has been hailed as a powerful aphrodisiac since the first century! Plus, it contains beneficial antioxidants, vitamins, and minerals that support overall health by combating free-radical damage and nourishing our bodies.

Touted as an aphrodisiac as early as the 17th century, asparagus boosts potassium and folic acid, the latter of which is said to boost histamine production—a necessary component in reaching orgasm for all sexes. Bridegrooms in 19th century France were served three courses of asparagus at their prenuptial dinner. 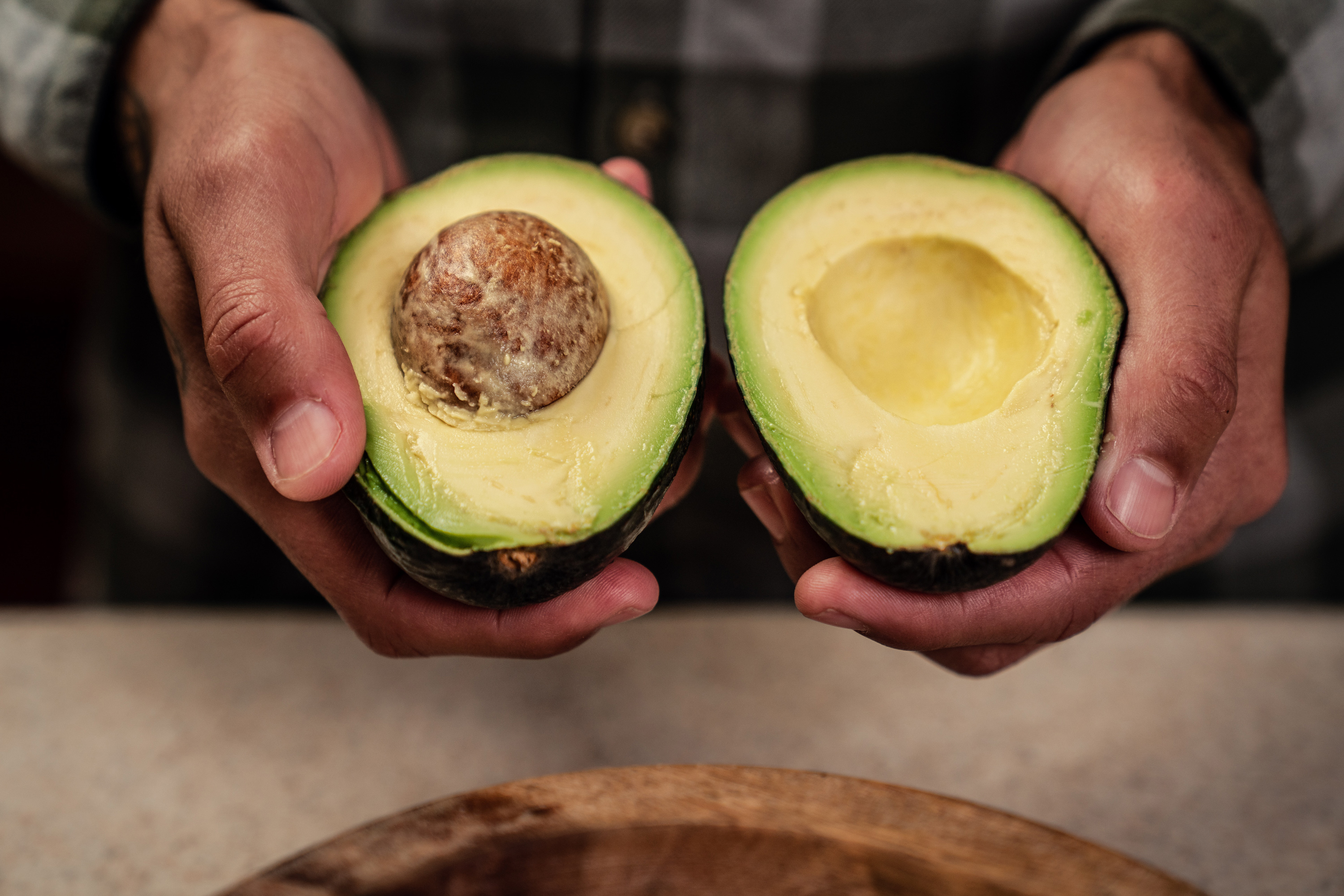 Avocados are high in omega-3 fatty acids and potassium, as well as vitamin B6, which is known to increase male hormone production. They are so effective, in fact, that Spanish priests used to forbid their parishioners from eating them.

Regarded as a symbol of fertility by Hindus, the banana has a sensual shape and is chock full of potassium and B vitamins, both needed to produce sex hormones. Additionally, bananas contain the male libido-enhancing bromelain enzyme.

This member of the mint family helps promote circulation and is believed to stimulate sex drive. In Moldavian folklore, a man is destined to fall in love with a woman if he accepts a sprig of basil from her.

Chocolate is a staple gift for a reason—the food is full of compounds including anandaminde, a psychoactive feel-good chemical, and phenylethylamine, a chemical that releases dopamine in the pleasure centers of the brain and produces feelings of excitement and happiness. Cacao also contains tryptophan, which is essential for the brain to release serotonin, a “happiness” chemical.

Believed to have been in the Garden of Eden, figs were also Cleopatra’s favorite fruit and the ancient Greeks associated them with love and fertility. Figs are a great source of flavonoids and antioxidants, and it has been found that figs can increase sexual stamina.

This member of the onion family contains allicin, an ingredient that increases blood flow. In both Hinduism and Jainism, garlic is considered to increase desire, in addition to warming the body. It is well known, however, that this little blub creates some strong breath when eaten. Steer clear on a first date.

This ancient starchy Peruvian root is well-studied in terms of its ability to increase sexual desire and is considered a nutritionally robust plant due to its fiber, calcium, magnesium, iron, and selenium. Maca can also help balance hormones in women, alleviating symptoms of menopause while giving sex drive a boost. Most often found in powdered form, it makes for a tasty addition to many vegan recipes, but especially in desserts. Maca’s earthy sweet taste pairs well with raw cacao, which enhances everything from puddings to ice creams. 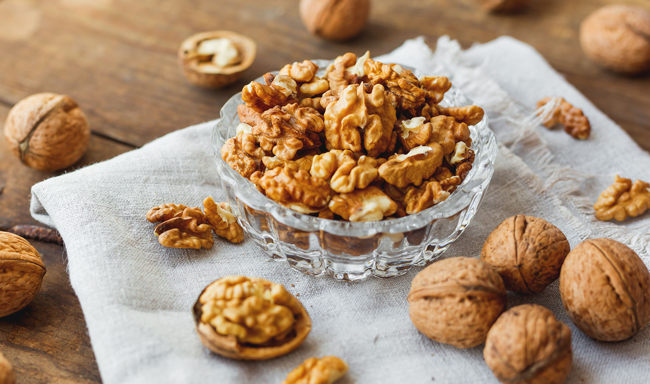 Rich in flavor and healthy fats, heart-healthy walnuts can help keep arteries flexible, which means better blood flow to certain parts of our bodies … and better blood flow is something we definitely want when it comes to getting in the mood. In addition, with more antioxidants than any other nuts, walnuts support the body’s overall health and vitality, which are all great things when it comes to maintaining and promoting a healthy sex drive!

Try out all these mood-boosters in one fell swoop with these tasty dishes. Start out the evening with some Almond Stuffed Mushrooms before moving on to Avocado Salad topped with raspberry dressing. For the main course, treat your date to Walnut, Arugula, and Basil Pesto pasta with sides of Rainbow Chard with Figs and Roasted Asparagus with Hazelnut Picada. Let’s not forget dessert! Chocolate Fondue with figs, bananas, and strawberries and a Chocolate Ganache Torte are two sweet choices for your lucky honey.