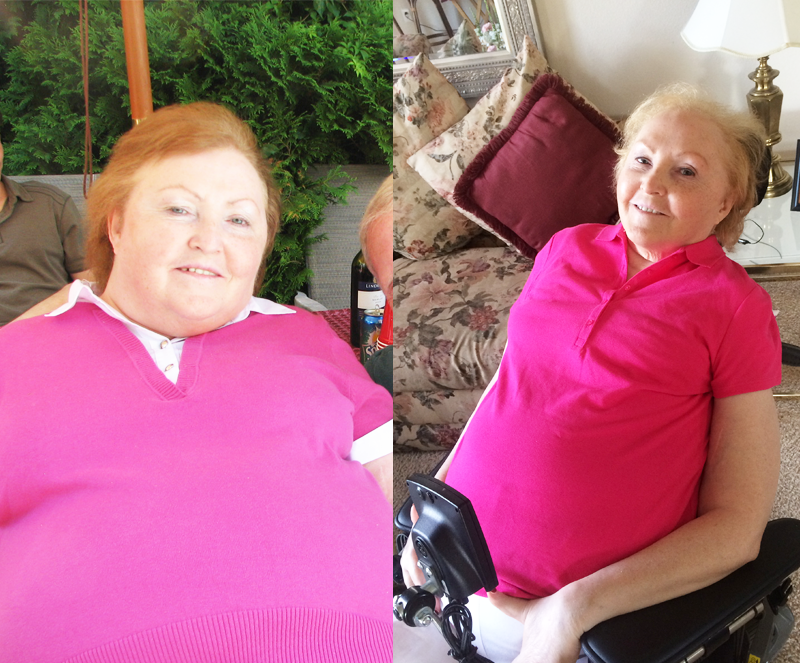 Norma Wheelock has been in a wheelchair for 39 years, ever since being diagnosed with Muscular Dystrophy (MD). And so when she was given the additional diagnosis of type 2 diabetes—a difficult diagnosis for anyone, but a devastating one for someone in a chair—Wheelock felt utter despair, and knew that unless there was a radical intervention, this could be the beginning of the end. It was her daughter and primary caretaker, Jennifer Wheelock, who started to research natural healing approaches to diabetes. Jennifer couldn’t sit idly by as her mom became insulin-dependent, unable to hold up her own head, suffering from chronic respiratory infections (which could lead to life-threatening pneumonia for someone with MD). Her frantic research led her to Neal Barnard, MD’s book, Dr. Neal Barnard’s Program for Reversing Diabetes, which spoke to the necessity of adopting a whole foods, plant-based diet. Jennifer joined Norma on this quest, and—as a last resort before the disease took a stranglehold on her beloved mother—the two of them went vegan together. A year later, Norma’s weight was down, her ankle swelling was gone, her hemoglobin was normal, her chronic sinus infections were greatly improved, and her blood glucose levels and fatty liver enzymes were average again. Whereas before, a simple infection could prove to be life-threatening—due to uncontrolled sugar levels’ effect on the body’s ability to heal wounds—Norma now heals from them quickly and easily. “I know it is because of the strong foundation of health gained by my vegan diet,” she says. And whereas before, she was unable to hold her head up, now she holds it higher than ever—proud of the fact that her diet is in alignment with her fundamental needs. “For someone like me—unable to walk, confined to a wheelchair—the ability to regain my health simply with food as medicine is miraculous.”

“People often think you need to go to the gym to get healthy, but I took control of my health with my fork!”

Breakfast
Oatmeal with blueberries and cinnamon

Lunch
Lentil soup with carrots, tomatoes, and chickpeas over quinoa topped with steamed broccoli or other greens