It’s been nearly a year since we started social distancing, staying home to make mountains of sourdough, Korean whipped coffees, and focaccia bread art. But for all the at-home deliciousness we’ve mastered, we’re ready for our favorite restaurants! So although travel is still off the table, we’re celebrating with a mouthwatering tour of the stories—and recipes—from some of the best-loved, Black-owned vegan restaurants in America. From soul food in Detroit to Ethiopian eats in Brooklyn to the first plant-based breakfast café in San Diego, get ready, because it’s time to eat. 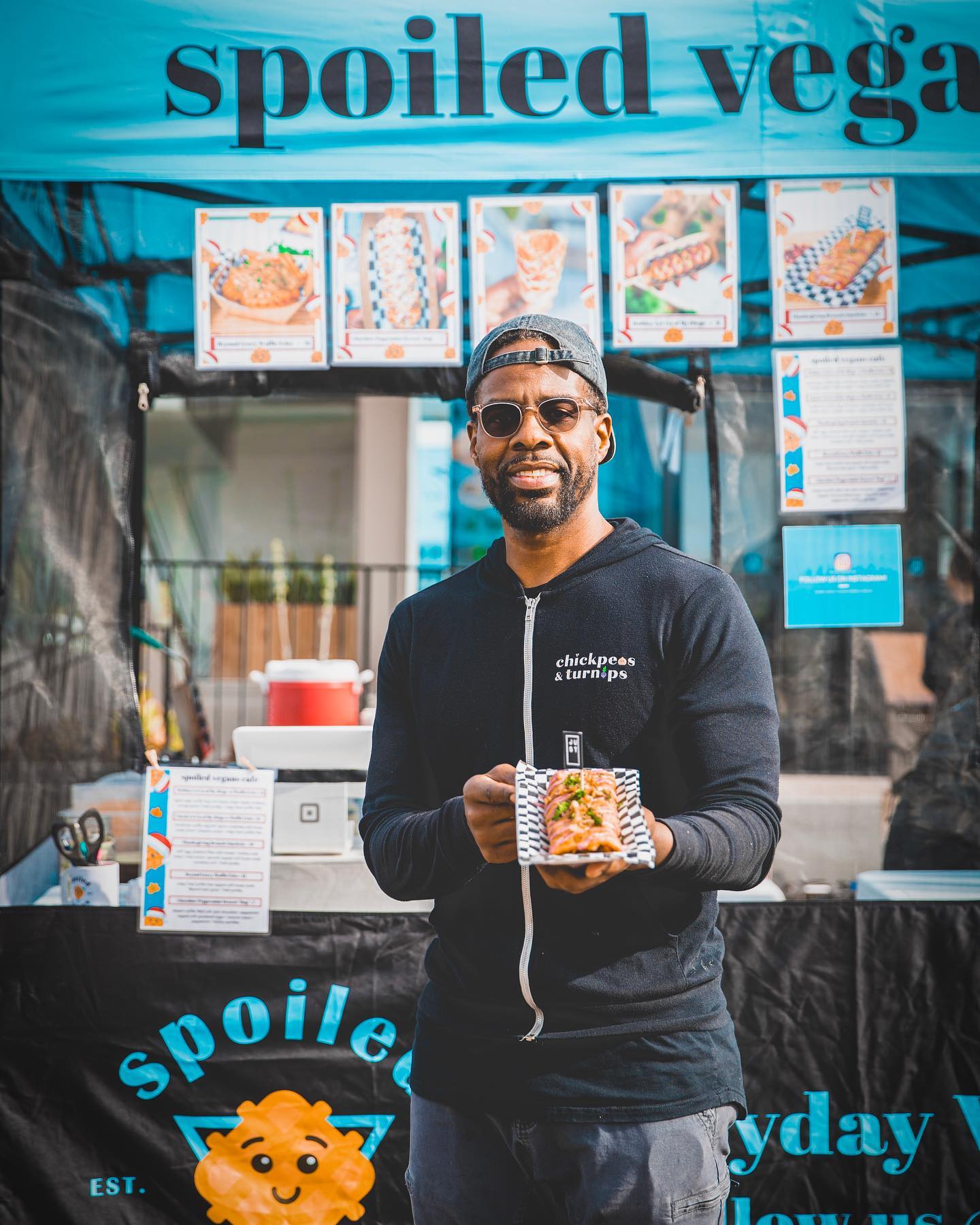 What happens in Vegas …

Hungry brunchers lucky enough to nosh on Todd Anderson and Samantha Aaron’s waffle-wrapped meatless sausages and plant-based McMuffins at San Diego’s Spoiled Vegan Cafe probably don’t know they owe their good fortune to a gnarly two-day hangover. But when Anderson returned home from a bender in Vegas feeling downright terrible, he knew something wasn’t right. So he began looking into ways to heal and found that switching to a plant-based diet was the answer. Things then moved quickly. He dove into veganism, made like-minded friends, and eventually set out on a plant-based adventure to Costa Rica with a group that dubbed themselves the Spoiled Vegans. So when an opportunity arose for Anderson to start a vegan food pop-up, he had just the name. And the rest is history. 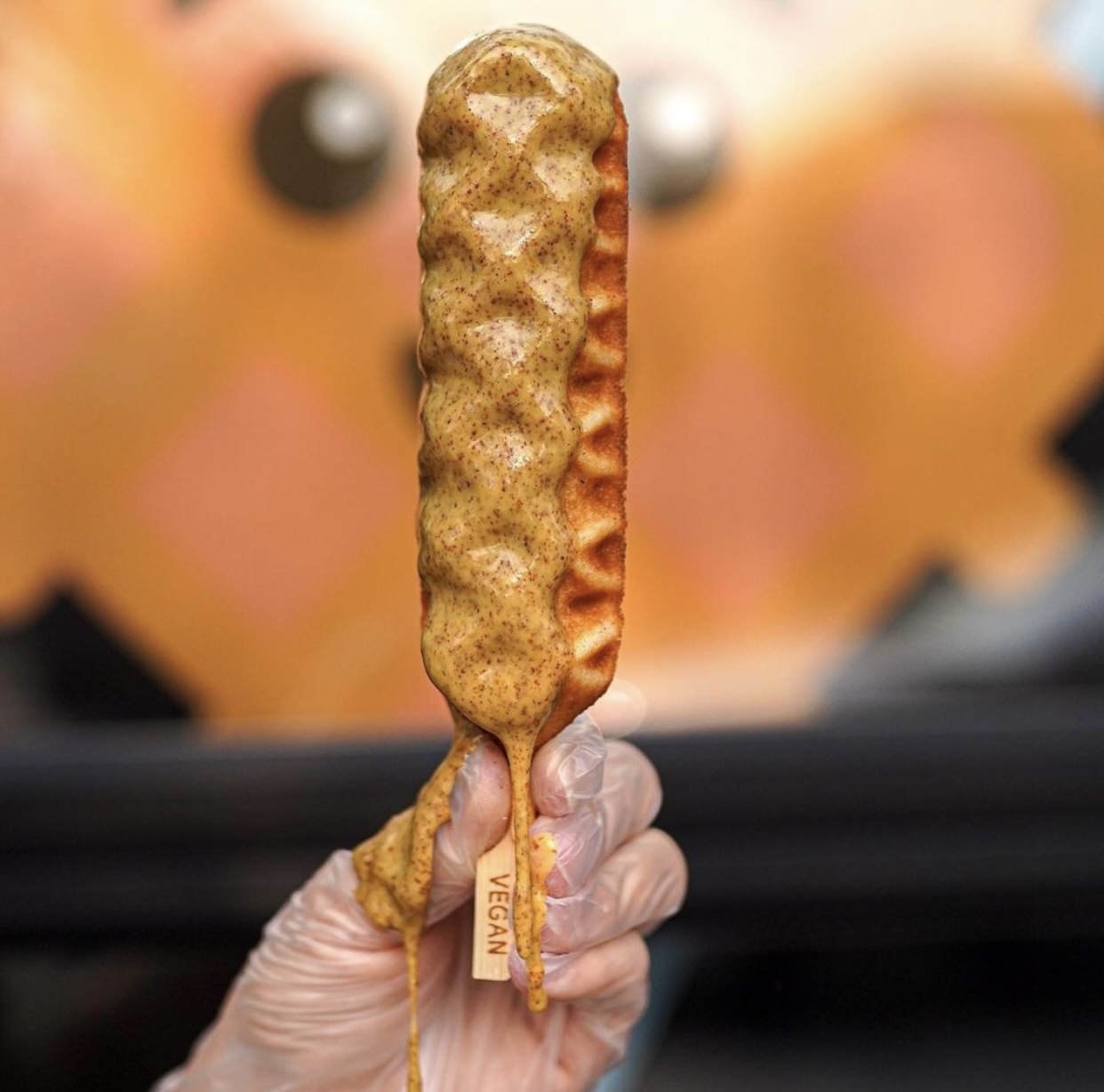 At the city’s first plant-based breakfast café, vegan handhelds are the eatery’s backbone. Spoiled Vegans’ menu boasts sweet and savory dishes like the customer-favorite Spoil Yourself, an English muffin stacked with a crispy hash brown, breakfast sausage, folded vegan egg, melty cheese, and housemade maple mustard. For an Instagram photoshoot, the Let Go of My Diego—a breakfast approach to corn dogs (with waffle instead of corn batter and breakfast sausage in lieu of a hot dog)—is the best bet. But limited-run selections like the Ham and Cheese Remix (black forest ham, folded egg, smoked provolone, and garlic aioli in a freshly made vegan croissant sprinkled with everything bagel seasoning) proves that breakfast is the most important meal of the day. 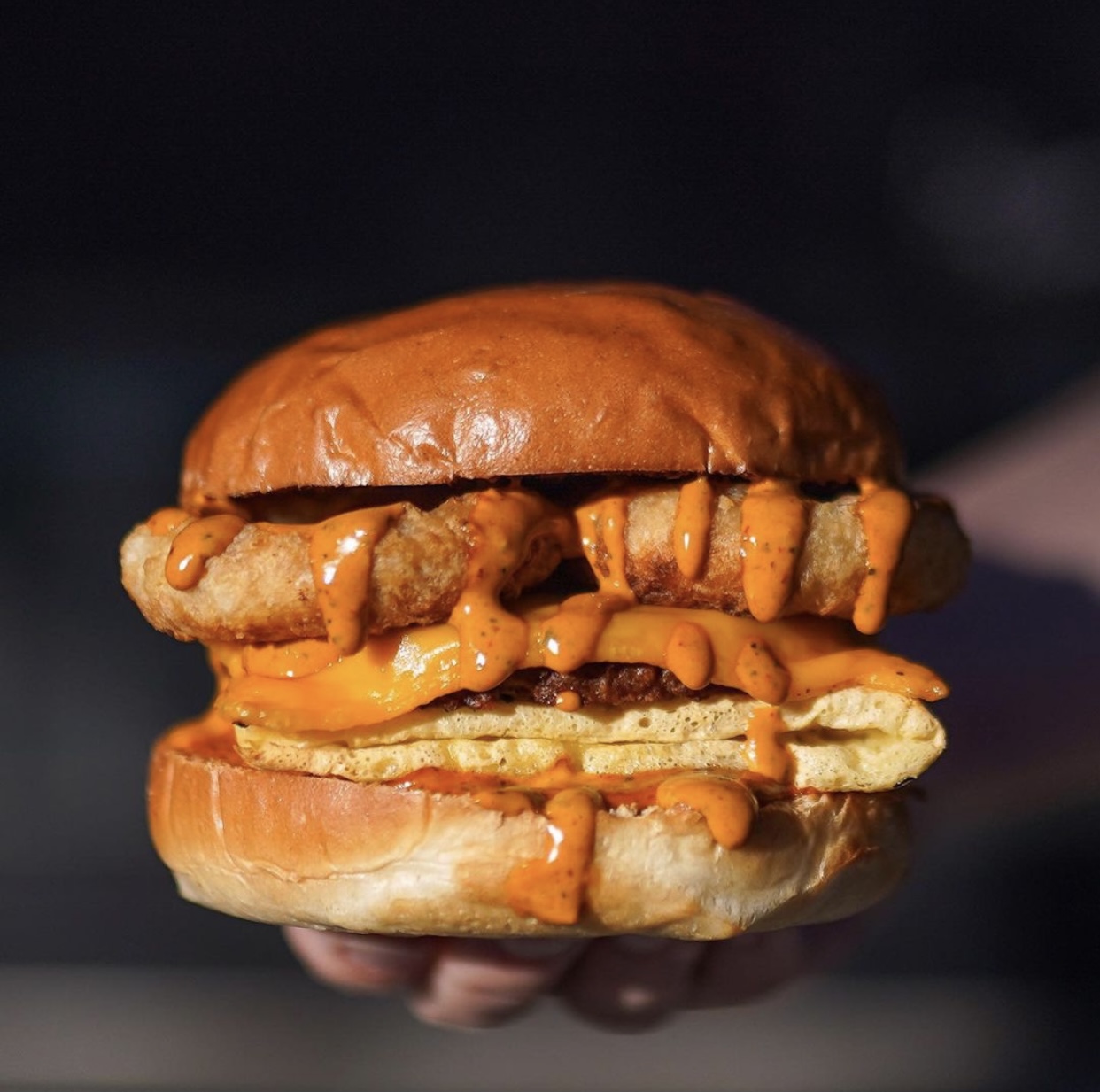 What’s next for Spoiled Vegans?

After running as a pop-up in a local coffee shop and appearing at SoCal vegan events, Spoiled Vegans has finally found a home in its own brick-and-mortar space. So what can hungry patrons look forward to? Anderson and Aaron are making indulgence a bit healthier by transitioning the menu to being totally air-fried, and they’re working on a lunch and dinner menu, too. But don’t worry, this breakfast café isn’t doing away with the most important meal of the day. In fact, keep your eyes peeled for more breakfast specials, like marshmallow-chocolate and jalapeño-cheddar waffle dogs.