I’m 35 years old, and I love being a bachelor. Not only do I get to watch The X-Files on my laptop every night, I let the dishes sit for upwards of three days, and I talk to my cats in a high voice that not even the woman of my dreams shall ever hear. Awesome, right?

While all of those are solid reasons to remain single, the best part about being an unattached man in my mid-30s is the fact that I can eat whatever I want whenever I want. In fact, I could have chocolate chips for dinner every night if I wanted. I don’t, but I could, and that’s a pretty great feeling.

I probably should have married my (now-ex) girlfriend of 11 years, but had I done so, I never would have invented some of the most clever food combinations since peanut butter and jelly. And in the four-plus years since our break-up, I’m proud to say I’ve come up with a few doozies. Here are my top five favorites that you can find me enjoying just before I cry myself to sleep each night.

1. Popcorn with cashews
I used to think of myself as a middle-of-the-road sort of guy. An everyman. The guy no one remembers. But then, by pure accident, I placed a handful of roasted unsalted cashews and Earth Balance Vegan Aged White Cheddar popcorn into my right palm and everything changed. Thanks to this haphazard incident, I’m destined for a Nobel Prize because, ohmygod, this is the best combination I’ve ever tasted. In the Food Hall of Fame, I imagine I’ll be next to the person who introduced peanut butter to jelly. I’ll sign autographs at the Natural Products Show. I’ll get a book deal in which I pontificate (through pictures, of course) the deliciousness that occurs when the roasted nuts meet the potent cheddar flavor. My mom wanted me to be a doctor, but I’m totally cool being known as the guy who invented the term “cashcorn.” 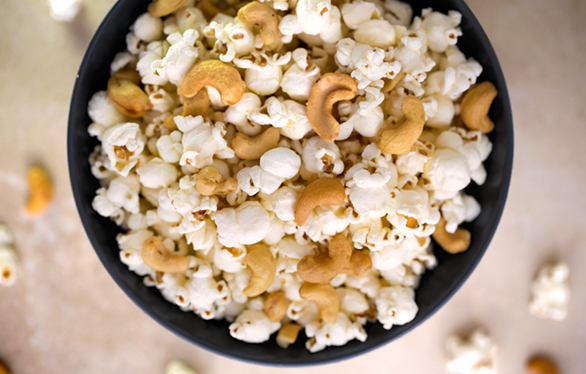 2. Peanut butter with applesauce
No less than three girls I’ve dated have commented on my love of peanut butter with applesauce. And not in a good way. Rather than make dinner and dessert, I have them at the same time thanks to this combination of protein and fruit-based sweetness. Don’t scoop the applesauce first because if you do, the weight of the pb will make the applesauce spill onto your boxer shorts. Oh, what’s that? You thought I was dishing these ingredients out of their respective containers into a bowl before eating them? That, my friends, is one reason why I’m still single. 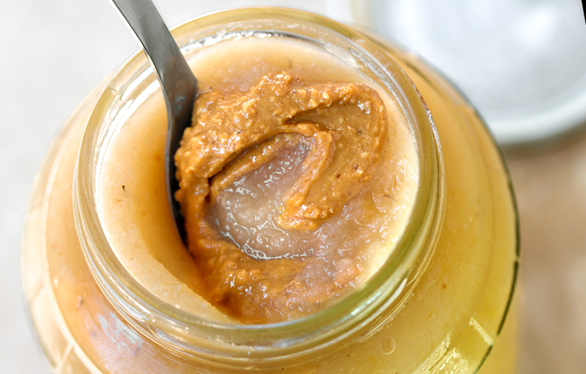 3. Avocado with sriracha sauce
If splitting an avocado and drenching half of it in the world’s greatest hot sauce sounds like the epitome of “bachelor dinner,” that’s because it is. And if you really want to get wild, eat the other half for dessert. Now that’s a party. 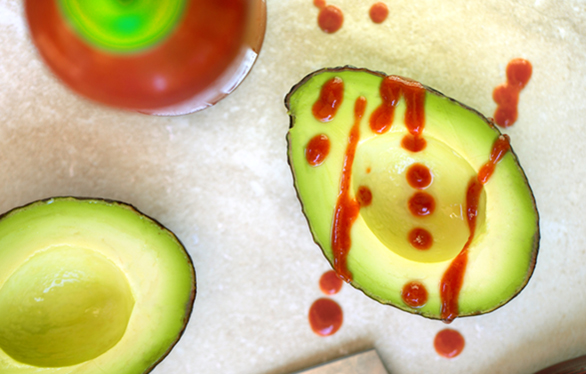 4. Vegan kielbasa with mustard
If a Tofurky kielbasa smothered in mustard isn’t the ultimate bachelor dinner, I don’t know what is. I mean, it’s got all the markings of dude-dom: Protein, a microwave, and a condiment. Come to think of it, those are three of the four bachelor food groups (beer being the fourth). Heat for a minute, blow on the sausage so you don’t burn your mouth, spread the mustard, and dinner is served! I call this a bachelor’s German feast. My married friends call it depressing. 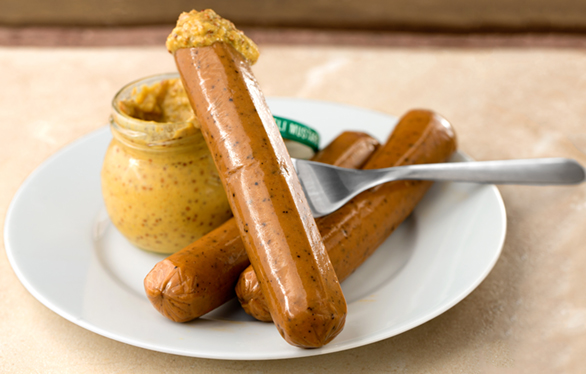 5. Chocolate chip cookie dough with peanut butter
Being a bachelor rules, but there are times when the amazing meter dips from a nine to a, oh, two, within a matter of minutes. I like to call these moments “weekends” as it’s that dreaded free time that can make a guy feel like he’s one unanswered OkCupid message away from devoting his life to crossword puzzles. In my younger days, I would have drank these feelings away, but in my younger days I had friends who didn’t have three Little League games to attend on Saturdays. There’s not an app for dealing with this loneliness (that I know of), but there is the combination of vegan chocolate chip cookie dough with freshly ground peanut butter, which is the adult equivalent of drinking a case of beer by yourself. Like admitting that I watched Degrassi until I was 29, buying cookie dough isn’t something I want to do. Yet there I stand, in the refrigerated section at Whole Foods on Friday nights (because going to Whole Foods is what vegan bachelors do on Friday nights), staring at the row of EatPastry products, the same conversation running through my mind: I shouldn’t buy cookie dough. I shouldn’t buy cookie dough. I shouldn’t buy cookie dough. Half an hour later and I’m spooning peanut butter and chocolate chip cookie dough while watching YouTube highlights of the 1992 men’s USA basketball team. And just like that, a two once again becomes a nine. 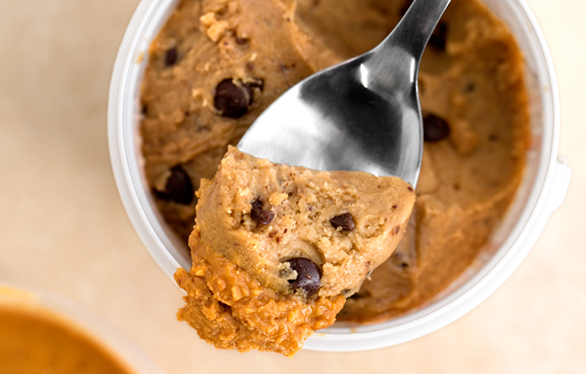 Ryan Ritchie is the senior editor of VegNews. Photographs by Hannah Kaminsky.