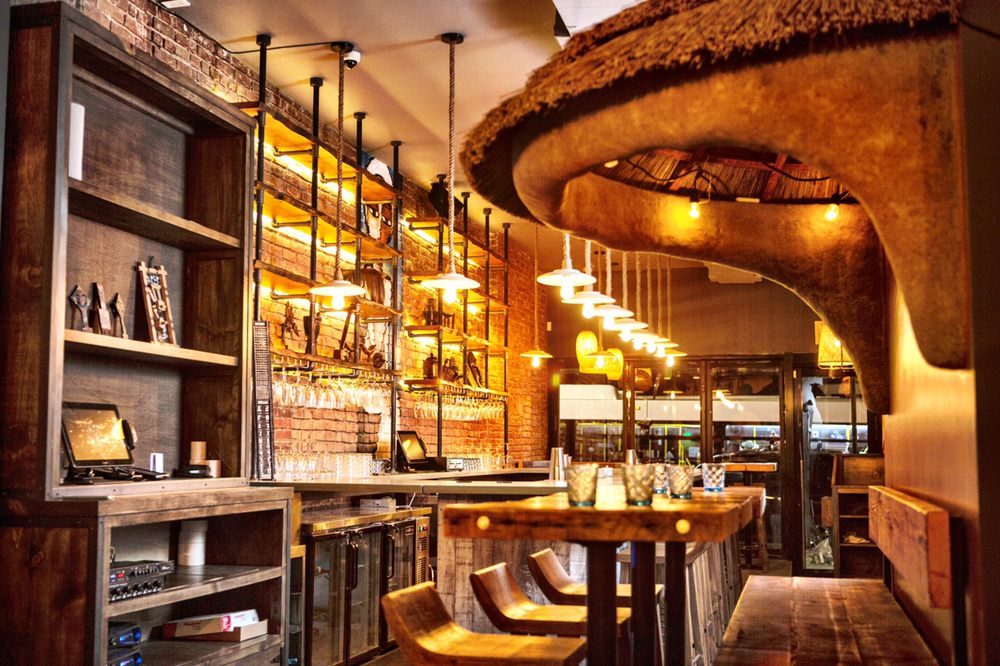 In a city of 8.4 million, standing out can be a challenge. But armed with bold flavors, a keen eye for detail, and time-tested recipes from 7,000 miles away, Romeo and Milka Regalli are doing just that at Ras Plant Based. The husband-and-wife team met while working at Milka’s mother’s restaurant in Manhattan. It was there that they dreamed of a concept that would serve the ancient flavors of their native Ethiopia in a modern way: as a hip, all-vegan Brooklyn restaurant. So in March 2020, the duo debuted Ras Plant Based … a week before the city shut down. Luckily, they survived a two-month closure, and—thanks to a chef who treats food as an art form (“Cooking is like painting or writing a song,” says Regalli)—Ras is quickly becoming one of the borough’s brightest spots. 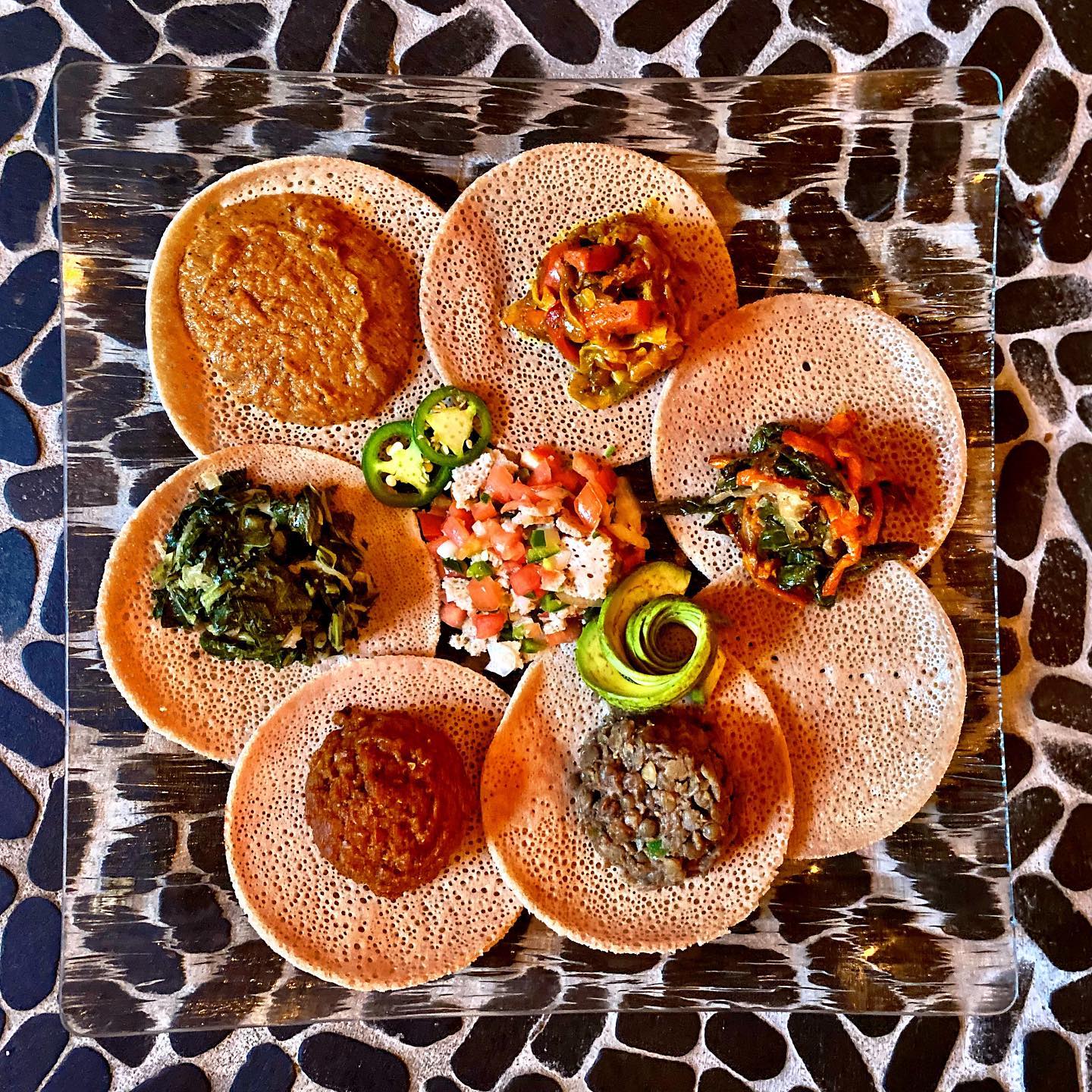 Ethiopians have a talent for transforming vegetables, and Ras proves it. The team creates dishes that are humble and comforting, yet robust and complex—simmering, stewing, and spiking with aromatic herbs and spices like cardamom, fenugreek, cinnamon, and berbere, the fiery spice blend central to Ethiopian cuisine. For a culinary tour of the African country, order the vegan sampler platter, a smorgasbord of dishes including yatakilt (stewed cabbage, carrot, onion, and bell pepper), gomen (braised collards with sautéed onions), missir (slow-simmered red lentil stew made with berbere), and shiro (creamy, spicy stew made with ground chickpeas) all served with spongy, fermented injera flatbread. 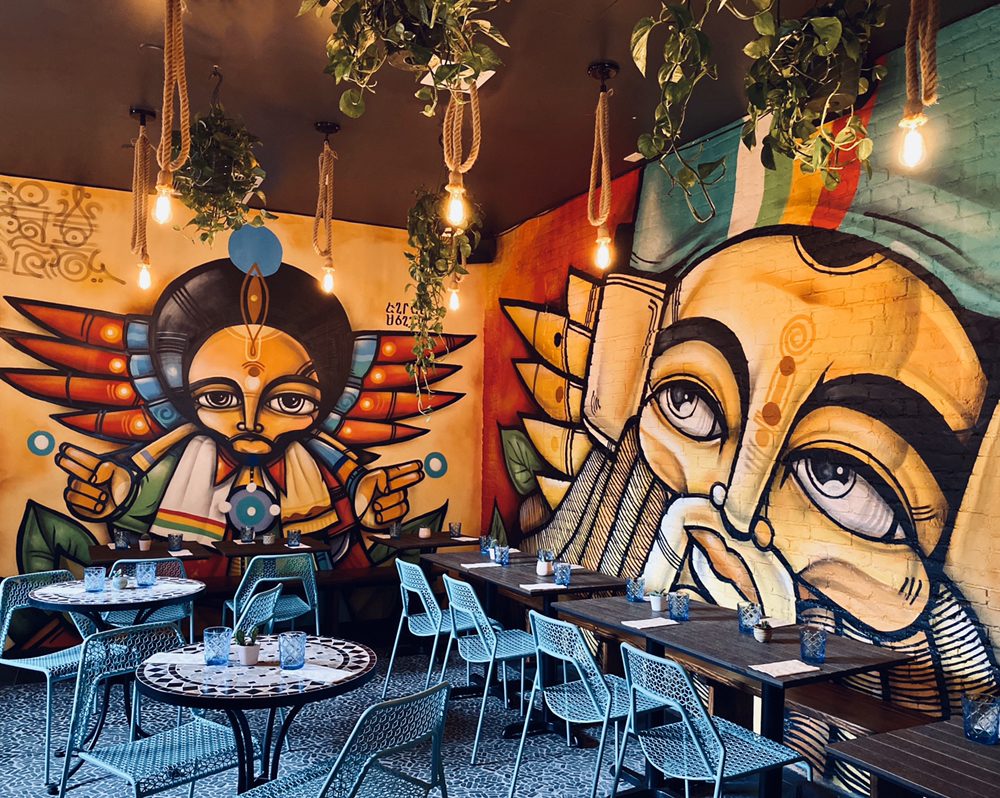 Why we love Ras Plant Based

Products of both Ethiopia and New York City, the Regallis describe their culinary creations as “authentic and traditional, but presented through our eyes as New Yorkers.” Vibrant street-style murals inspired by Ethiopian art keep with Brooklyn’s vibe while nodding to the Regalli’s roots. And on the menu, this confluence of cultures is reflected in one-of-a-kind brunch offerings. Fusion dishes like Kitfo Burrito (with vegan ground beef, herb-infused oil, tomato, onion, and cashew yogurt) and Mac & Cheese with Berbere Roux (classic mozzarella and cheddar mac made with coconut milk and berbere) prove East meets West—deliciously—in Brooklyn.