From cookbooks and magazines to memes and blogs, veganism is everywhere—especially video sites such as YouTube, Facebook, and Vimeo. Home to countless funny, inspiring, and educational vegan clips with millions of views, these sites feature videos that spotlight the truth about the dairy industry, heart-warming children who don’t want to eat animals, and foul-mouthed grandmas. Here are our 10 favorite vegan-themed videos that are taking over the viral airwaves. 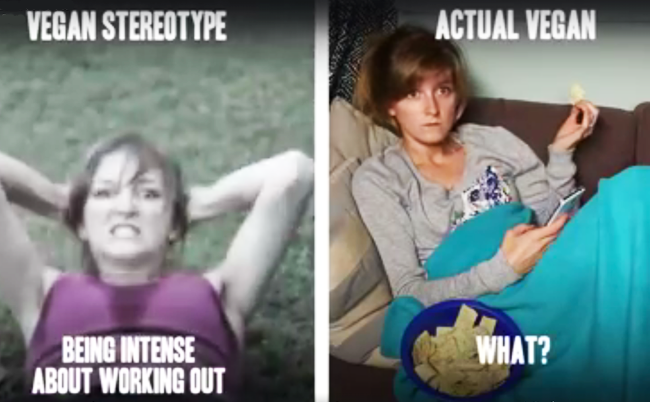 Vegan Stereotypes vs. Actual Vegans
Views: 6.7 million
This Buzzfeed clip depicts the extreme stereotypes assigned to vegans and presents them alongside what a plant-based diet actually looks like. The stereotype that vegans are notorious “food shamers” is contrasted with an image of what vegans do in social eating situations—which is socialize and eat. The idea that cruelty-free food is nothing but sad meals and lettuce is contrasted with an image of a woman eating a massive vegan burrito. Lastly, the myth that all vegans are hippies is busted with a long stream of photos of vegan politicians, comedians, chefs, musicians, and athletes. 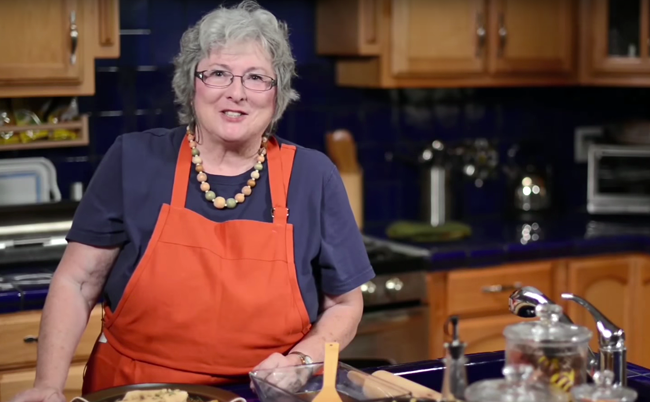 Tofuken
Views: 3.4 million
This hilarious People for the Ethical Treatment of Animals video features Peggy Glenn (aka “Grandma PottyMouth”) preparing the vegan version of a “turducken”—an absurd carnist dish consisting of a chicken stuffed into a duck and then stuffed into a turkey. Released in time for Thanksgiving 2015, Glenn’s version involves tempeh, seitan, tofu, a good dose of foul language, and heavy-hitting information about the animal agriculture industry. When Glenn took the Tofuken out of the oven, we all wanted to eat the [expletive] out of it! 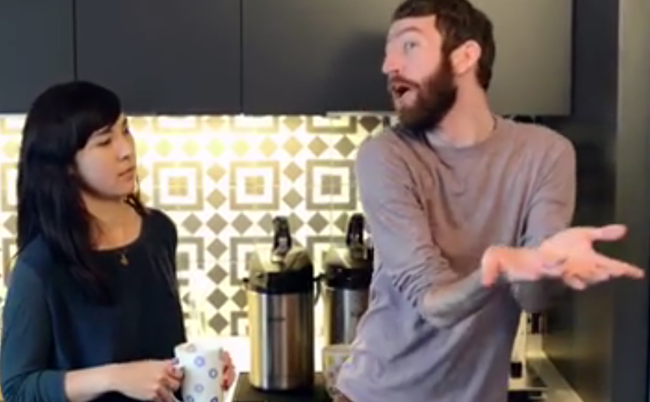 If Vegans Said The Stuff Meat-Eaters Say
Views: 1.2 million
This clever video puts meat-eaters on the spot to answer and listen to the onslaught of questions and ridiculous statements vegans hear every day. The first question—”Where do you get your fiber?”—is posed as a riff on the old protein inquiry. Other sarcastic statements include the hilarious “I would eat meat, but I don’t think I could give up tempeh.” The most annoying “joke” in veganism is also addressed when one actor asks, “How do you know when someone eats meat?” The answer: “don’t worry—they’ll tell you.” 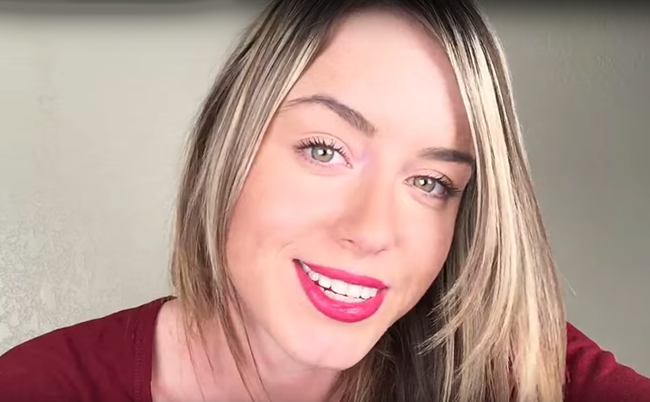 Dairy is F**cking Scary
Views: 1.1 million
Seattle-based activist Erin Janus unapologetically explains the horrors of the dairy industry in five minutes flat. Dairy-farm footage is spliced with Janus’ explanation of how the production of dairy inherently involves beastiality, removing calves from grieving mothers, exhaustion and disease in cows, and their eventual slaughter for beef. While it’s not a light-hearted video, Janus makes a clear connection between the dairy and meat industries in an effort to convince vegetarians to give up cheese. 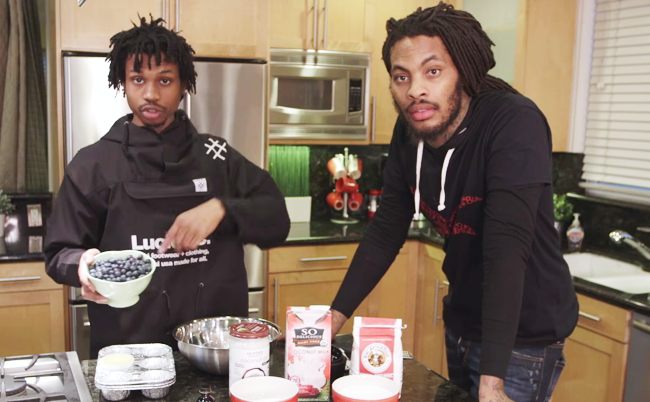 How-To: Make Vegan Blueberry Muffins with Waka Flocka Flame
Views: 4.5 million
As part of their “How-To” video cooking series, VICE food site Munchies published a video featuring rappers Waka Flocka Flame and Raury baking a fresh batch of vegan blueberry muffins. While mixing up the batter, Waka reveals his reasons for going vegan, stating “I just got tired of being lied to.” Eager staffers sample the muffins straight from the oven, exclaiming, “It doesn’t taste like vegan … it tastes like amazing!” 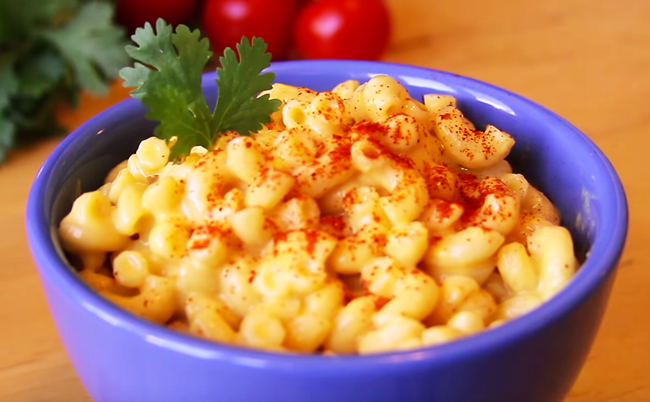 Quick and Easy Mac & Cheese
Views: 22.2 million
Buzzfeed recently titillated their viewers with an easy-to-follow video recipe for vegan mac and cheese. While we’ll always stick by the VegNews recipe, this video showcases the simple ingredients—potatoes, carrots, onions, and cashews—behind the veganized version of the classic comfort dish in a mouthwatering, aerial perspective video format that’s become popular (more than 20 million views worth!) among the digital foodie crowd. The only problem? They forgot the nooch! 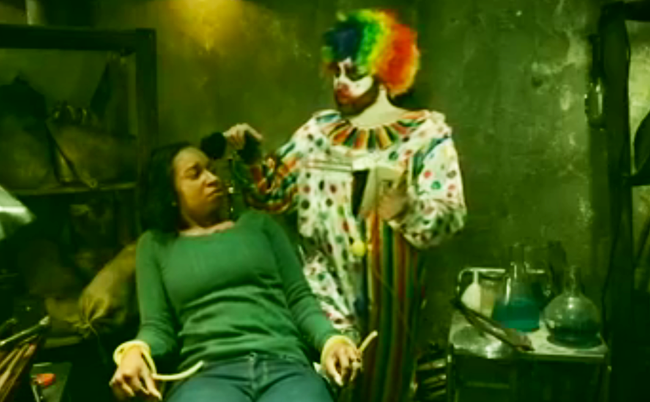 If Serial Killers Said the Things Meat-Eaters Say
Views: 2.7 million
This mock horror movie scenario released before Halloween depicts various people held captive by serial killers as they are taunted with typical “meat-eater” phrases, which are eerily fitting to the situation. A few of the phrases include “Relax—people have been killing people for thousands of years” and “God made people to kill people—that’s how it works,” which play on the traditional defenses to eating meat. One killer states, “I tried not killing people for a while, but I just couldn’t do it. But I feel good that I tried.” Perhaps the most salient point is made about the myth of humane slaughter, with the statements “It’s not murder … it’s slaughter” and “I thank the people before I kill them, so it’s fine.” 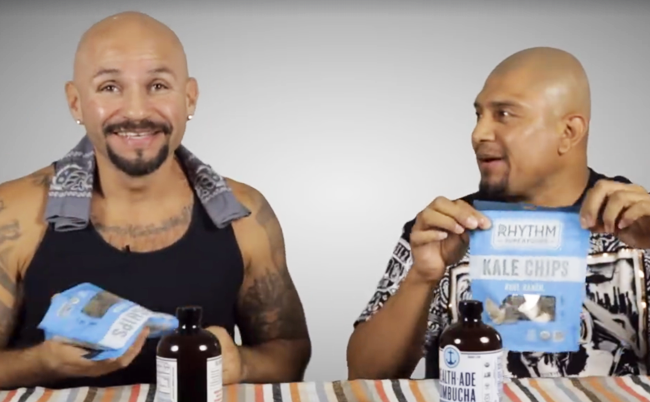 Cholos Try Vegan Food
Views: 28 million
Originally posted by humor troupe We are mitú, this clip finds four cholos—slang for Mexican-American gang members—sampling kombucha and kale chips. When the quartet is first introduced to the products, several question whether the kombucha is chloroform and remark about how the kale chips resemble marijuana—with cast member Fabian Alomar stating, “This is going to get me arrested. I’m on parole, G.” The video was so popular that a police officer recognized Alomar one week after the video went viral and let the compassionate cholo off the hook for after pulling him over for a broken headlight. 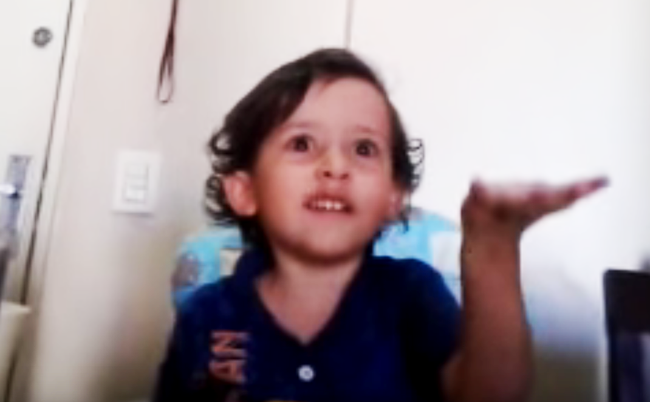 Luiz Antonio: Why He Doesn’t Want to Eat Octopus
Views: 5.4 million
Three-year-old Luiz Antonio won our hearts in 2013 when he refused to eat octopus gnocchi. In this heart-warming clip, Antonio asks his mother, “This octopus isn’t real, is it?” to which she answers a string of questions until the youngster makes his point: “when we eat the animals, they die. I don’t like that they die,” before adding, “Those animals are for us to take care of, not to eat them.” The touching video closes with Antonio’s final question to his now emotional mother. “Why are you crying?” he asks. “I am not crying. I am just a little moved by you,” his mother replies. 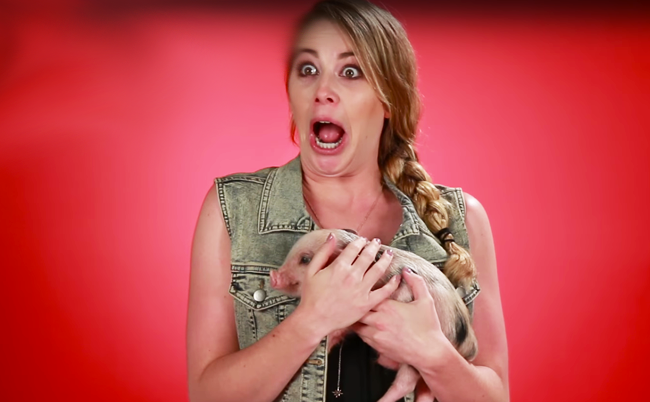 Bacon Lovers Meet Baby Pigs
Views: 8.1 million
Several Buzzfeed staffers were told that they would be presented with a bacon taste test. Instead, the group was given a tiny piglet and instantly fell in love. This video effectively connected the dots for cast members by putting an irresistibly cute face to bacon. Staffer Claudia Restrepo squealed, “Oh no! I will never ever have bacon again,” while Chris Reinacher examined, “Bacon, steak … we look at those things as pieces of meat and not something that wants to snuggle in your arms.”

Vegan TikTok Videos Have Been Viewed More Than 8 Billion Times

The Ultimate Guide to Vegan Tacos