Whether it’s the Just Mayo-maker fighting against corporate giant Unilever, defending itself against scandals perpetrated by the American Egg Board, or countering allegations that it bought back its own products to inflate sales, San Francisco-based food technology company Hampton Creek is often in the news. The brand’s most recent battle with Target—in whcih the mega retailer pulled 20 Hampton Creek products off its shelves based on allegations made in a fraudulent letter it received—turned out conspicuously not in its favor.

Nonetheless, Hampton Creek is forging forward. With its recent entry into “clean meat” (made from a small amount animal cells) and its newly FDA-greenlit ingredient “Jack” (a mung bean-based protein it plans to debut in its newest product, Just Scramble), we had to see for ourselves exactly what Hampton Creek is doing. During our recent visit, we made sure to look under every vegan mayonnaise jar and sniff every batter of Just Cookie Dough … and what we uncovered was incredible, shocking, and, at times, downright adorable. Here’s what we found: 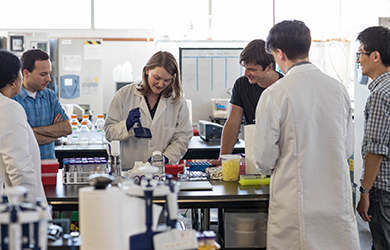 1. Several board members might have departed from the company in recent months, but despite reports that the company is losing employees faster than the Beyond Burger bleeds beets, the office is filled with people and energy. In the last year alone, the amount of Hampton Creek employees increased from 70 to 130, and new board members will soon be announced.

2. Hampton Creek’s San Francisco office is housed in a facility that was used by Pixar and is currently filled with desks (and a conference room table) repurposed from old stadium seats sourced from the University of California, Berkeley. In its first iteration, the office was used as a white bread factory.

3. Despite rumblings from certain media outlets to the contrary, this Just Mayo brand is really a food technology company. Hampton Creek’s Director of Biochemistry Viviane Lanquar says she’s building an “encyclopedia of sorts” with a wide assortment of plants the company has gathered during the years from more than 50 countries.

4. There is a section of Hampton Creek’s office that’s dedicated to Just machines—worth millions of dollars, with some custom made for the company. Each machine analyzes various properties of plants to determine which would be best for replacing all kinds of animal products. 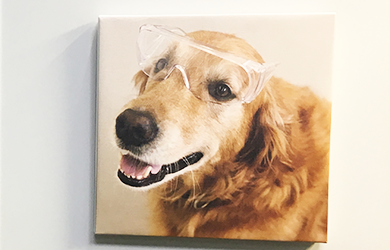 5. CEO Josh Tetrick’s late Golden Retriever, Jake, is forever with him in the office, as a photo of him—wearing lab goggles—hangs in the clean meat lab overseeing world-changing operations. In fact, the office is very dog-friendly in general; we spotted two adorable puppies cuddling under a desk for several hours during our visit (we tried to take one home; they wouldn’t let us).

6. The clean meat team has set their goals very high. A composite photo of the most difficult meat to create in a lab hangs in the office; namely otoro tuna, chicken breast, and a wagyu steak. The team told us that once they are able to create these meats using a small amount of cells—and a plant-based serum they’re working to develop—each will be much more affordable for consumers.

7. The company is in talks with some of the world’s largest meat-producing companies to license its clean meat technology. Tetrick hopes that working with these companies can usher in a new, innovative era for the global meat industry. 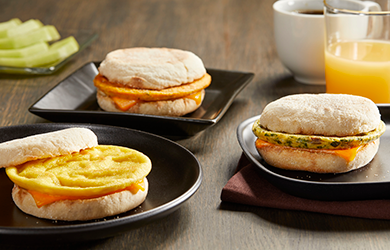 8. The company’s newest product, Just Scramble, is set to revolutionize the vegan egg industry. The faux egg cooks in approximately three minutes (comparable to a chicken egg), has no foul smell, and its base ingredient is a mung bean-derived protein isolate—recently greenlit by the FDA. This means that chefs in the foodservice industry will not need extra training to work with Just Scramble as it will seamlessly replace eggs in all culinary preparations.

9. Many of the employees are high-energy and run on an ample supply of fresh-baked cookies—made from Just Cookie Dough, of course—two on-tap beers, and a motivation to remove animals from our broken food system. 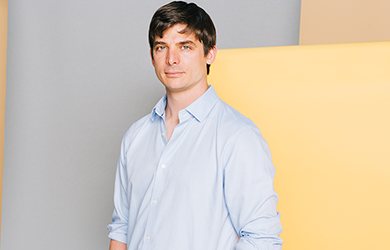 10. Tetrick is incredibly determined—we’re talking a laser pointer aligned with a laser beam level of focused. He believes the consumption of animal protein will increase by 100 percent by 2050 and sees every hiccup along the road not as a block but as motivation to move forward with his goal to disrupt the animal agriculture industry by any means necessary—whether it be taking eggs out of mayonnaise, introducing vegan salad dressings, or replacing whole animals with clean-meat technologies. 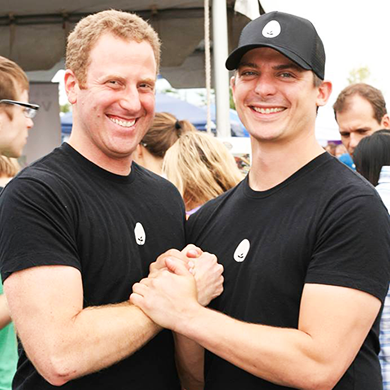 Bonus: Hampton Creek co-founder Josh Balk—an animal activist and senior food policy director at the Humane Society of the United States—is “besties” with Josh Tetrick (and has been since they were teenagers), and the pair is determined to turn animal agriculture on its head.

Anna Starostinetskaya is VegNews news editor and will be “Just Waiting” outside of Hampton Creek HQ for the rest of the year until a new amazing product accidently falls out of a window.