Oakland, CA is often overshadowed by the neighboring San Francisco, but locals argue that its diverse array of vegan cuisine and mix of urban and suburban life makes this city one to beat. Over the years, Oakland has become home to a number of exceptional vegan eateries—from the chic Millenium to the soulful Vegan Hub. No matter what you’re in the mood for, Oakland’s vegan options are certainly worth crossing the bridge. 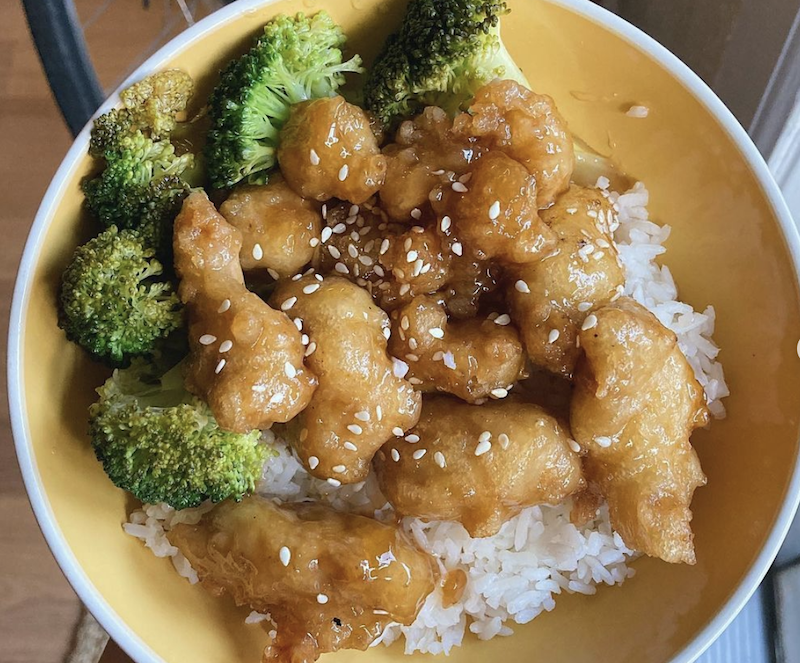 Located in Chinatown, Nature Vegetarian offers a Chinese cuisine experience with vegan meats, vegetables, soups, noodles, and more. For a taste of everything, time your visit on a weekday to take advantage of the lunch special that includes a soup, a spring roll, an entrée, and rice for less than $10. 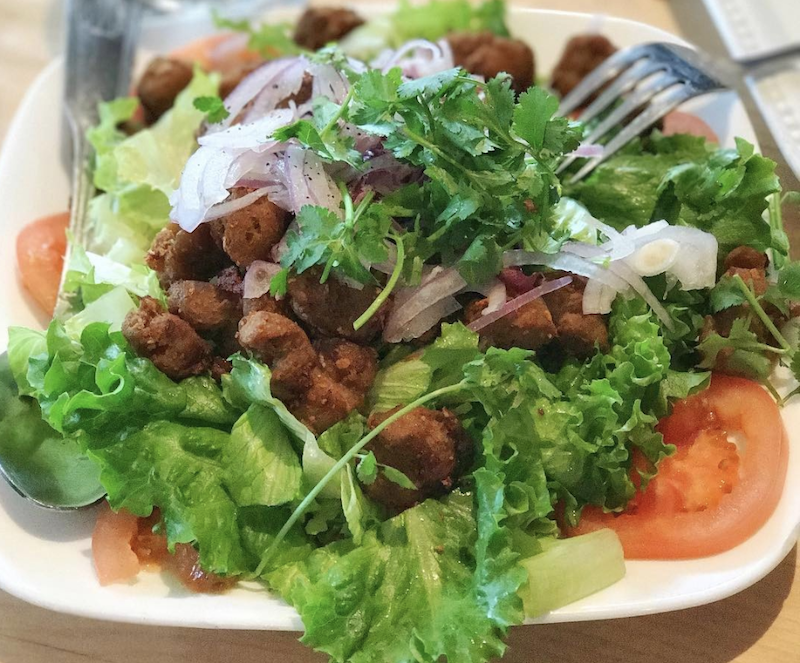 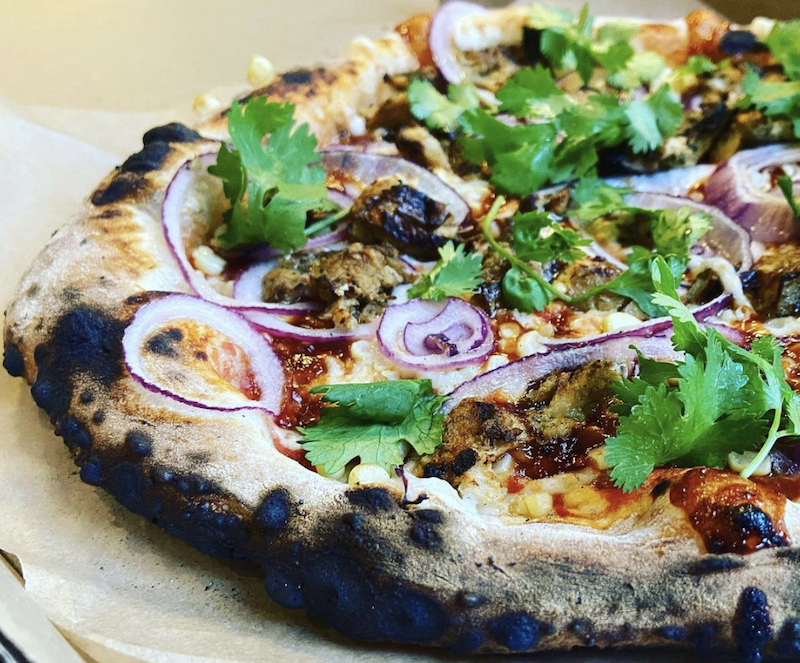 This may just be one local’s opinion, but Bare Knuckle Pizza is a frontrunner for the best pizza in Oakland. It’s not 100-percent vegan, but the plant-based options are extensive and excellent. The kitchen uses The Butcher’s Son cheese (a Berkeley-based vegan deli) which can be added to any vegan or non-vegan pizza. Essentially, you’re supporting two vegan businesses with one delicious order. 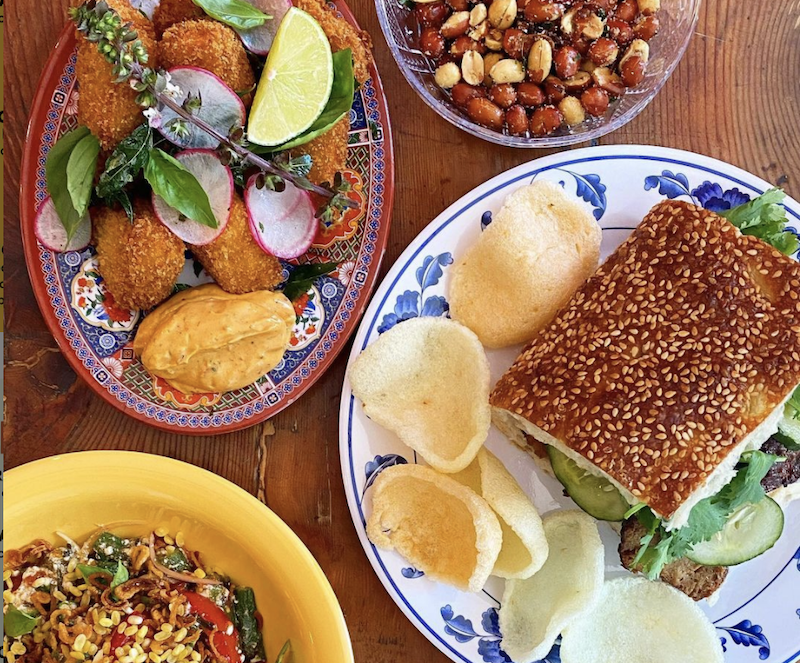 Los Angelinos were devastated when S+M Vegan moved back up north, but the SoCal city’s loss is Oakland’s gain. The vegan pop-up opened this brick-and-mortar to serve “authentic, not traditional” Singaporean cuisine. The pandemic forced them to pivot to a takeout-only model, and pre-orders are a must. Place your order by Wednesday for a Friday or Saturday pickup. Local tip: show up before 10am (there will be a line) on the second Sunday of the month for a pop-up brunch in partnership with Tai Zhan Bakery. 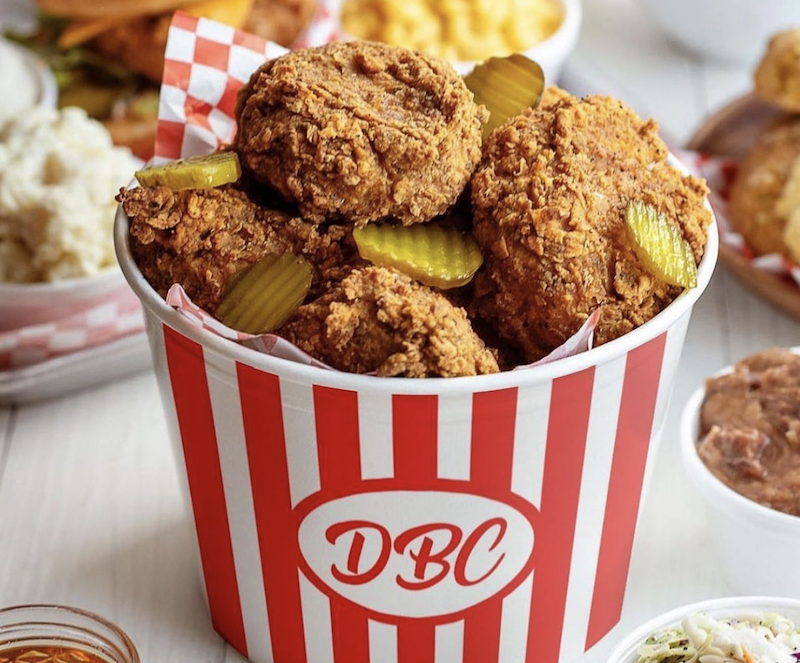 Currently operating as a pop-up, this soulful vegan eatery is a newcomer to the Oakland dining scene. The menu offers vegan fried chicken in the forms of sandwiches and buckets with KFC-inspired sides such as mac and cheese, Cajun potato wedges, collard greens, corn, and mashed potatoes and gravy. Follow the pop-up on Instagram (@dontbechickn) to find its next location and stay up-to-date on its rotating menu of sweet treats. 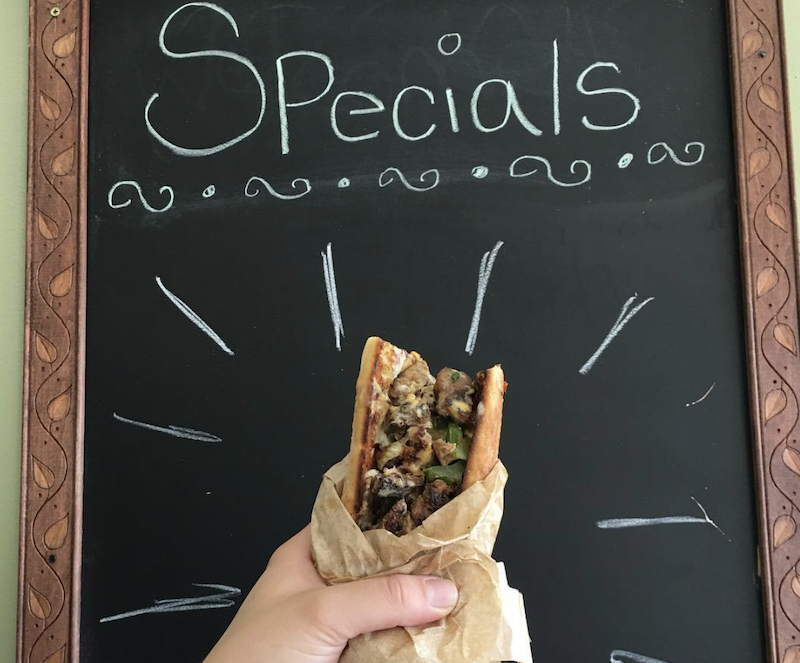 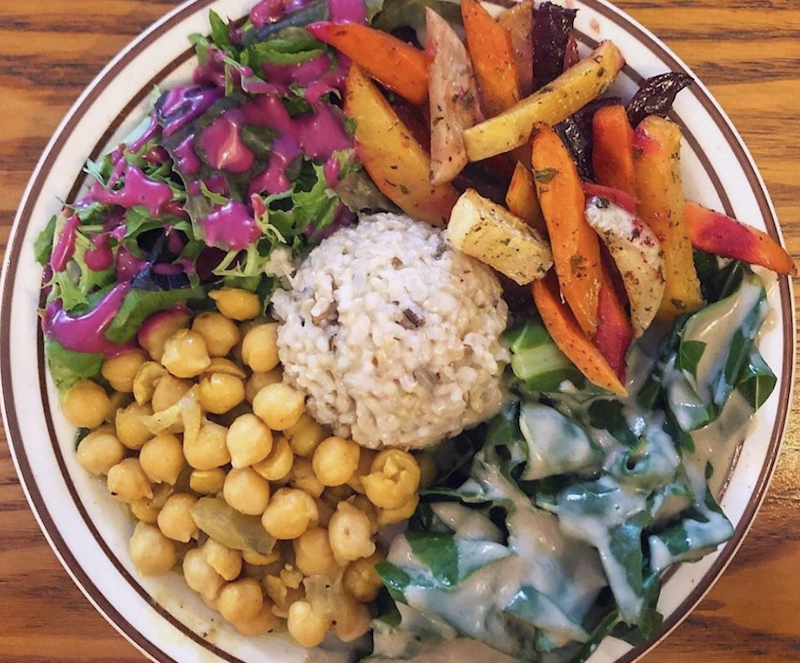 Customers never quite know what they’re going to get when placing an order at this wholesome vegan restaurant. Operating on a to-go only basis, the kitchen changes its menu twice a day and offers only two options: Moderate or Full (in reference to the portion size). The standard macrobiotic meal includes a grain, bean, green, root veggie, soup, and sauce. It’s filling, nutrient-dense, and extremely easy to develop a Shangri-La daily habit. 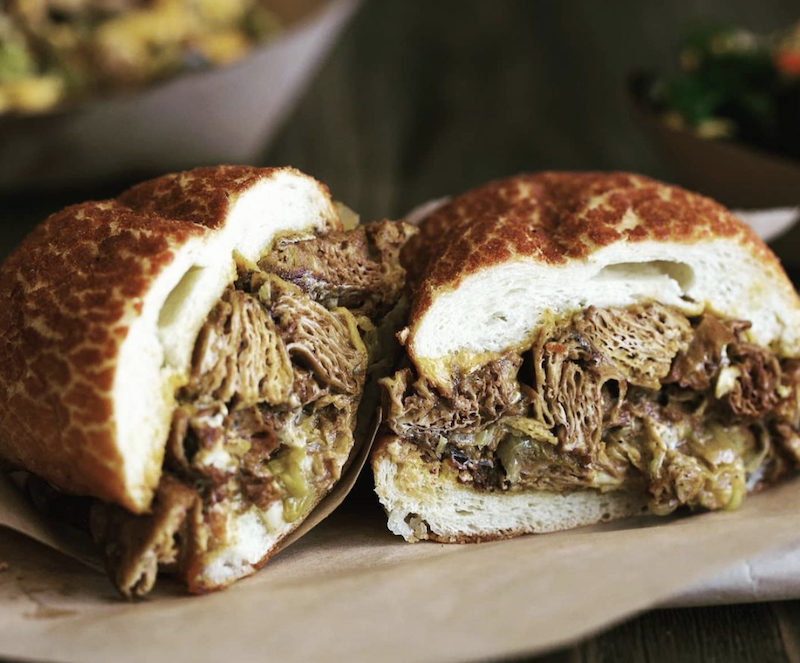 Located in Upper Dimond, The Veg Hub delivers on the iconic Southern-style meat ‘n’ three. Choose your protein (vegan fried chicken or porterhouse steak), choose a side, then choose a veg to complete your plate. The menu also offers an extensive build-your-own sandwich option that ranges from Italian Marinara to Barb-B-Chew. 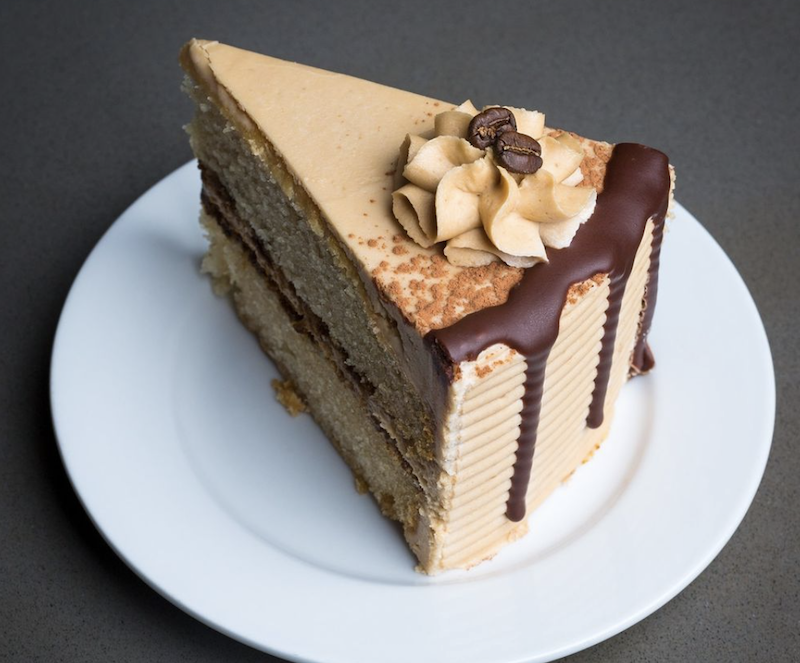 The first thing you need to know about this vegan coffee shop: it does way more than coffee. Located in the Piedmont neighborhood, vegan and non-vegan locals flock to this watering hole for its plant-based pastries, doughnuts, cakes, pies, breakfast sandwiches, and yes, coffee drinks. 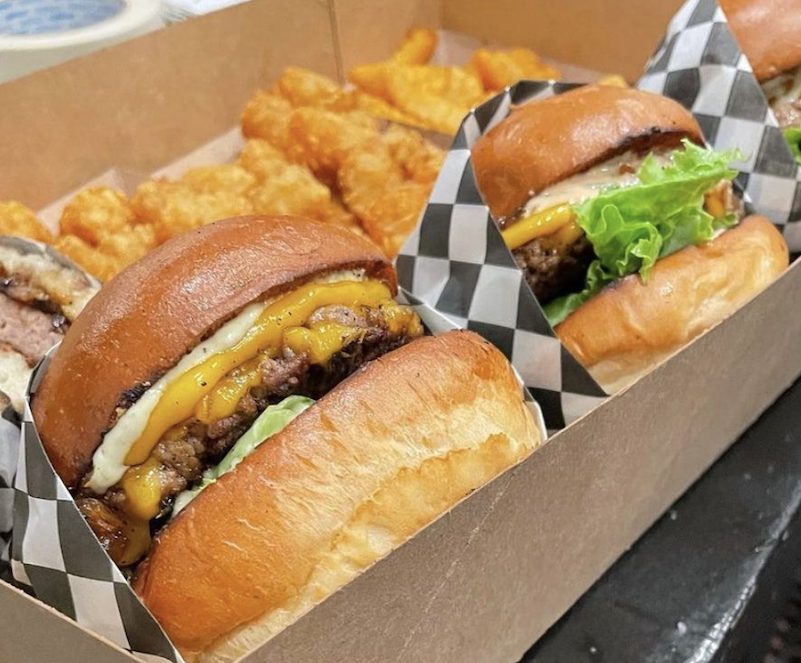 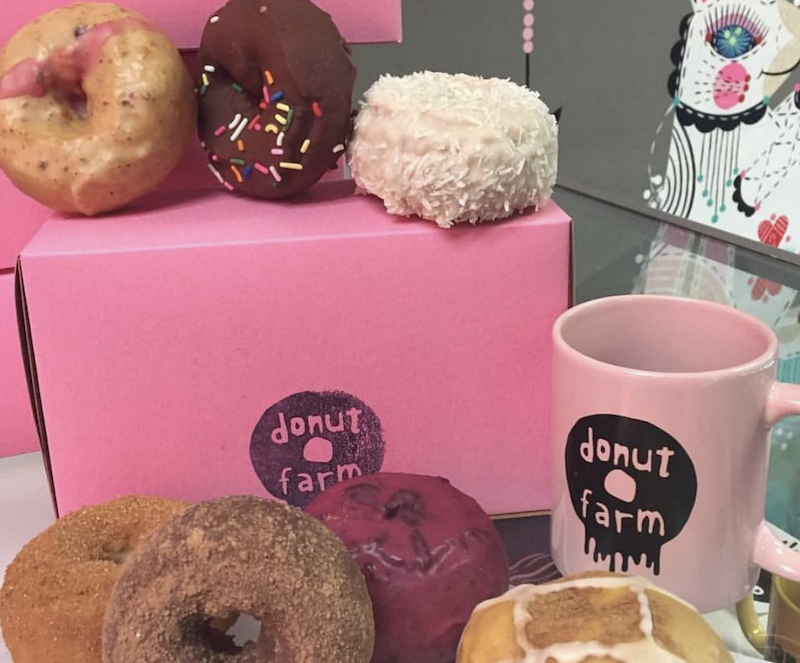 It’s fitting that this vegan doughnuttery is located in Paradise Park, for it’s truly paradise for anyone with a sweet tooth. The quaint shop churns out raised and cake varieties in a plethora of flavors from the classic jelly-filled to sophisticated lavender earl grey. On the savory side, there’s a solid brunch menu with vegan breakfast burritos, doughnut burgers, and tofu scrambles. 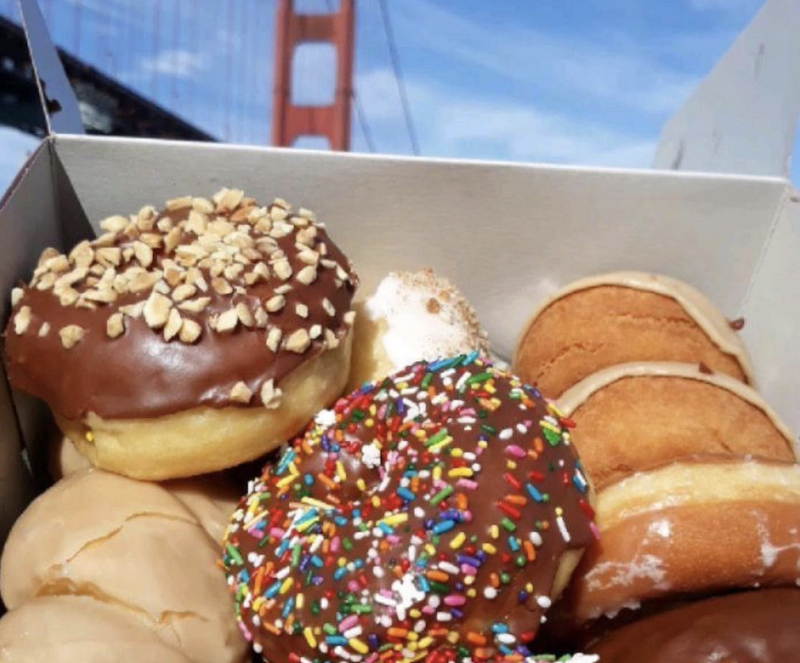 A city proves its vegan worth when it’s home to not one, but two vegan doughnut shops. Located on an edge of Lake Merritt, Vegan Donut Gelato serves the classics everyone craves—from raised, glazed, and sprinkled to doughnut holes and fritters. You’ll also find vegan gelato (as expected) in addition to savory breakfast sandwiches and vegan hot dogs (not quite as expected). Follow them on Instagram for their pop-up locations and brick-and-mortar hours. 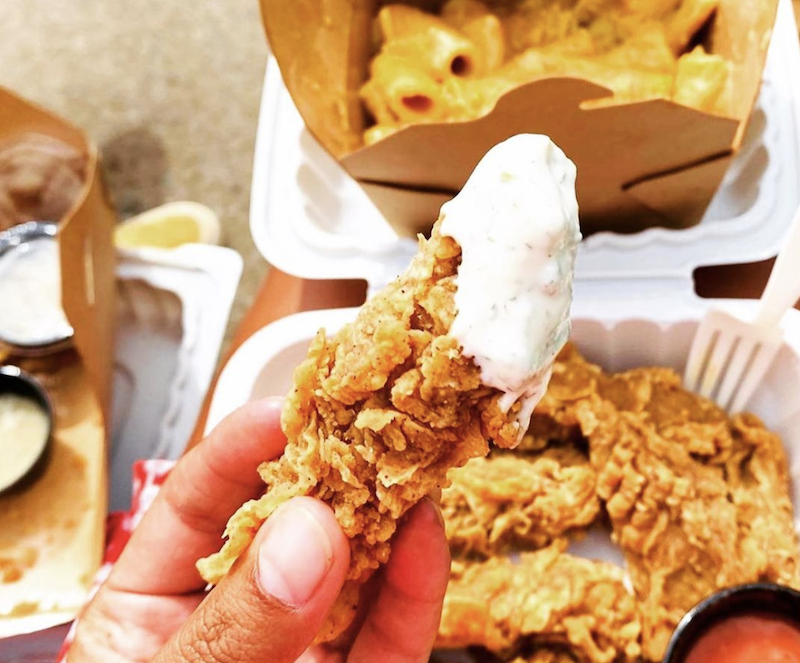 Located next to Jack London Square, Souley Vegan is an institution in Oakland. The kitchen leans into Louisiana Creole staples such as po’boys, etouffee, grits, and jambalaya, all labeled playfully on the menu with names like Deez Ain’t Alligator Bites and Swamp Sauce. 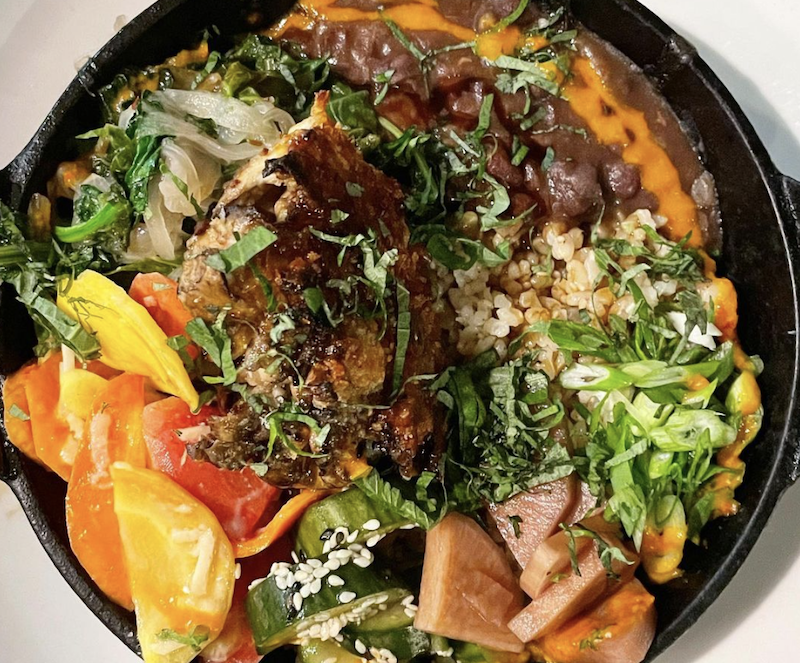 Fine dining isn’t what it used to be during the pandemic, but Millennium is doing its best to make it work. The restaurant currently offers takeout and delivery Thursday through Sunday, and it’s also serving a socially distant prix-fixe menu on its outdoor patio for $55 a person (reservations are required). The menu has scaled back significantly in comparison to what it once was, now focusing more on delivery-friendly favorites such as tacos, mac and cheese, enchiladas, and burgers. Cocktails, beer, wine, and a coffee-soaked chocolate cake (the fan-favorite Opera Cake) are also available to go. 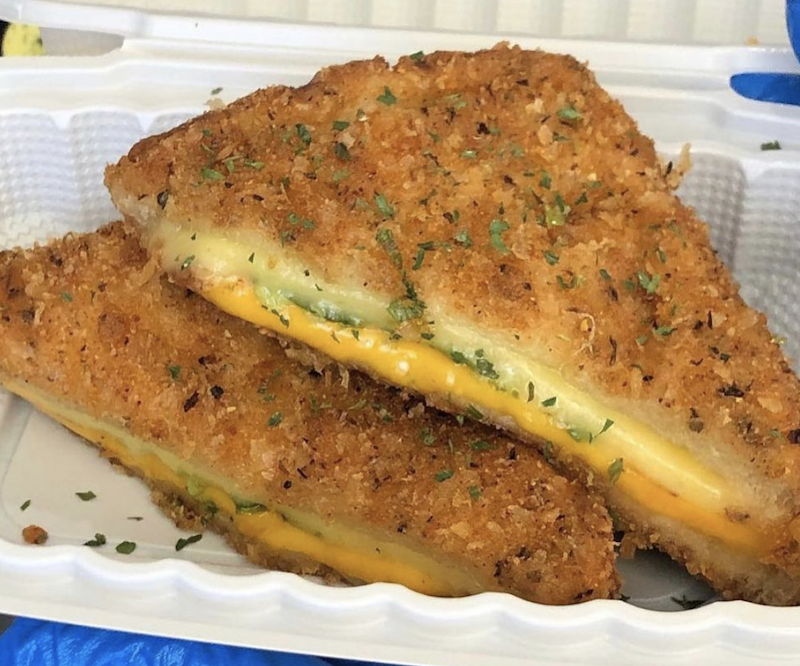 Northern California may not be known for its barbecue, but Vegan Mob has been turning heads with its smokey plant-based meats. The menu leans heavily toward the meat ‘n’ three concept, but it also offers a few outliers such as loaded fries, barbecue-stuffed burritos, and burgers. First time? Get the combo with the smoked brisket, your favorite three sides, and a personal peach cobbler. 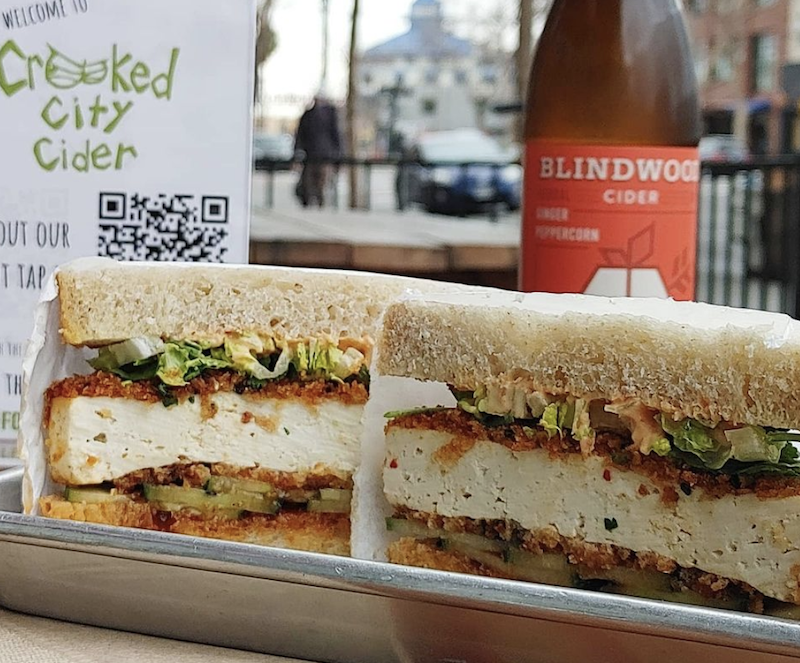 Looking for vegan sushi? There’s no need to commute all the way to Shizen in San Francisco or Cha Ya in Berkeley. Currently operating out of Crooked City Cider in Oakland, Salvage Hausu is the local option for solid vegan Japanese food. The menu is just as extensive and the quality is comparable to these better-known restaurants. Bonus: they do delivery! 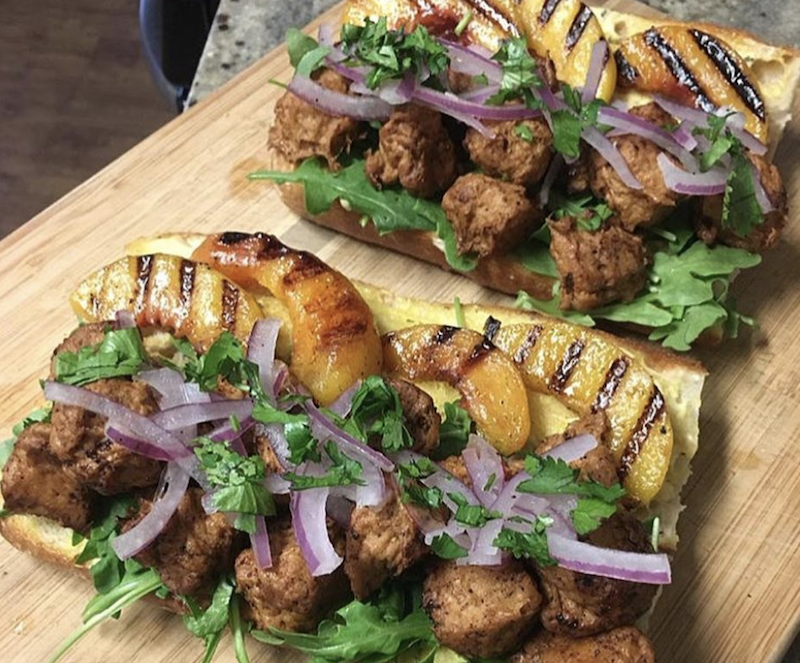 This plant-based pop-up is putting a new perspective on traditionally meat-heavy Peruvian cuisine. Customers will find everything from alfajores to ceviche and solterito to anticuchos on the rotating weekly menu. Follow the company on Instagram for its menu and locations. 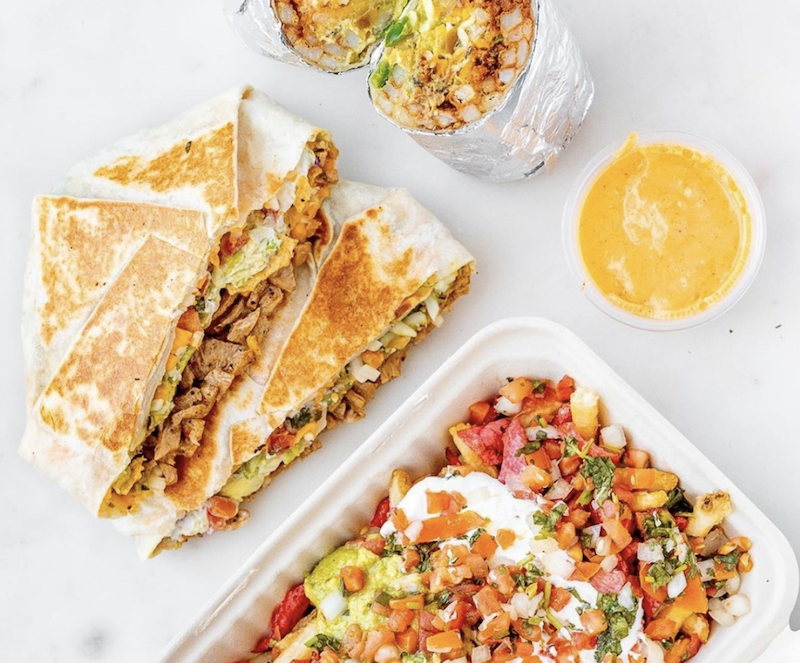 A newcomer to Oakland, this Filipino fusion restaurant offers tofu as a vegan-friendly option for its inventive tacos, burritos, nachos, and loaded fries. Skip the cheese, egg, and sour cream on most items, choose tofu for your protein, and you’ll be golden. 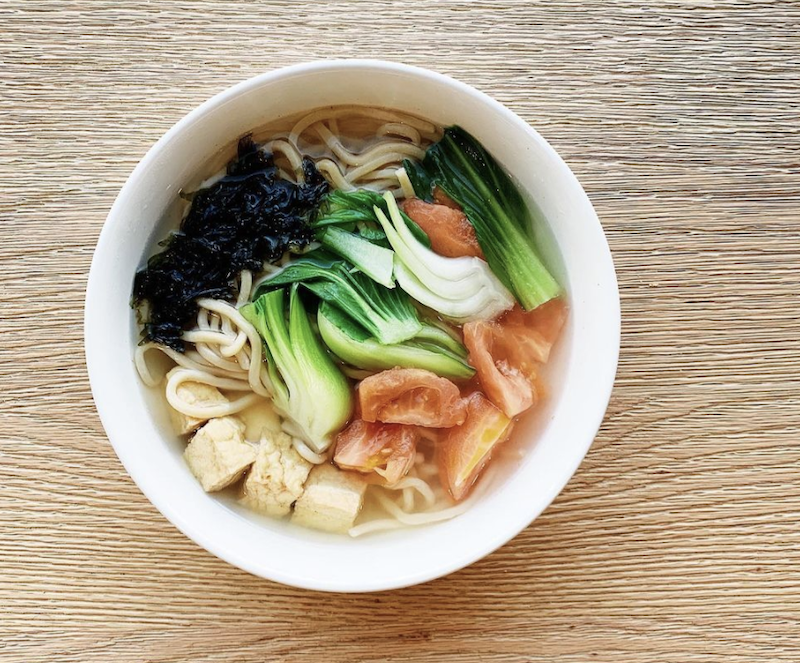 Located in Jingletown, Cozy Wok opened in the fall of 2020 with an all-vegetarian, vegan-leaning, Chinese menu. You’ll find Beyond Meat lettuce wraps, Mapo Tofu, and Orange Peel “Chicken,” as well as your standard rice, vegetable, and noodle dishes. When in Oakland, there’s no need to cross the bridge to San Francisco for quality vegan eats. It’s all in the neighborhood. 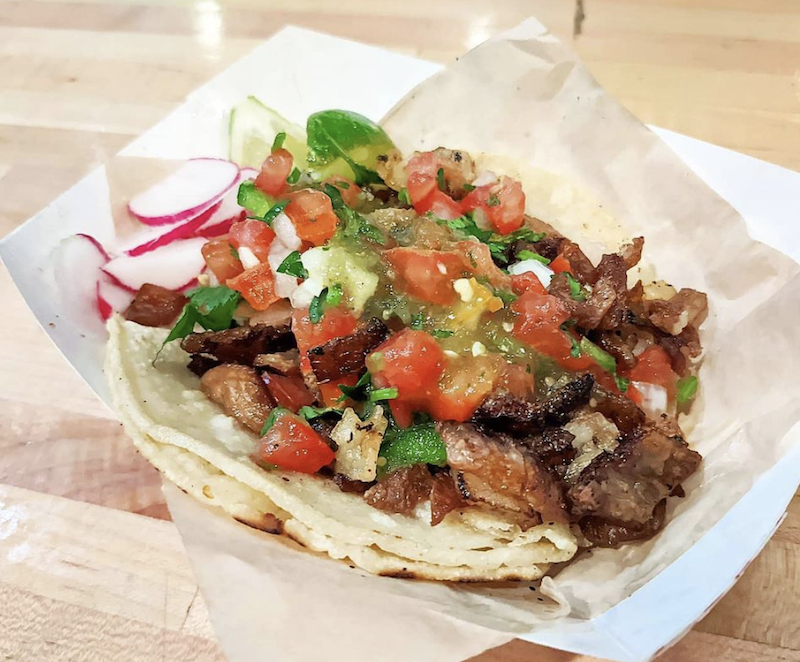 After catering to the Los Angeles crowd and securing the top spot at LA’s Taco Madness competition in 2018, owner Raul Medina moved from his native SoCal to set up shop in The Town. He’s still cranking out his legendary meaty vegan tacos, burritos, and salsas, but now as a pop-up in Oakland. Find this mobile plant-based taco set-up at Garden House on Saturdays and Sundays. Follow the company @thevegantaqueria on Instagram for weekly menu updates and hours. 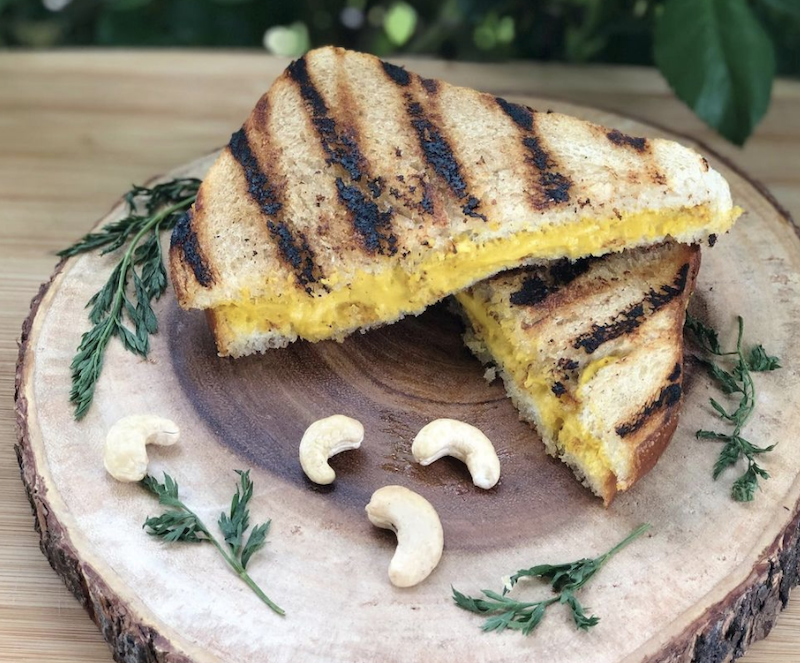 Located in Longfellow, Hella Nuts is a soy-free, plant-based restaurant run by a mother-daughter duo. The late-night menu changes daily with soul-warming options such as tacos, mac and cheese, and barbecue dishes. The restaurant also carries a selection of its signature nut milks, desserts, and lemonades.

Karishma Morabia is a lifelong vegetarian turned passionate vegan foodie as of November 2017 and is based in the San Francisco Bay Area.

How to Make Anything Vegan at Chipotle: the Complete Guide

5 Essential Vegan Items Taco Bell Should Add to Its Menu

The Vegan Guide to Dunkin’