Under Proposition 12 (which is also called “Farm Animal Confinement Initiative”), animal products made the old way—including by confining mother pigs in gestation crates with no room to turn around—go against the will of California voters and cannot be sold in the state.

Since its passing, the meat industry, namely lobby groups National Pork Producers Council (NPPC) and American Farm Bureau Federation (AFBF), has been attempting to overturn Proposition 12, citing that adhering to these minimal welfare requirements places what they characterize as an “undue burden” on meat producers. 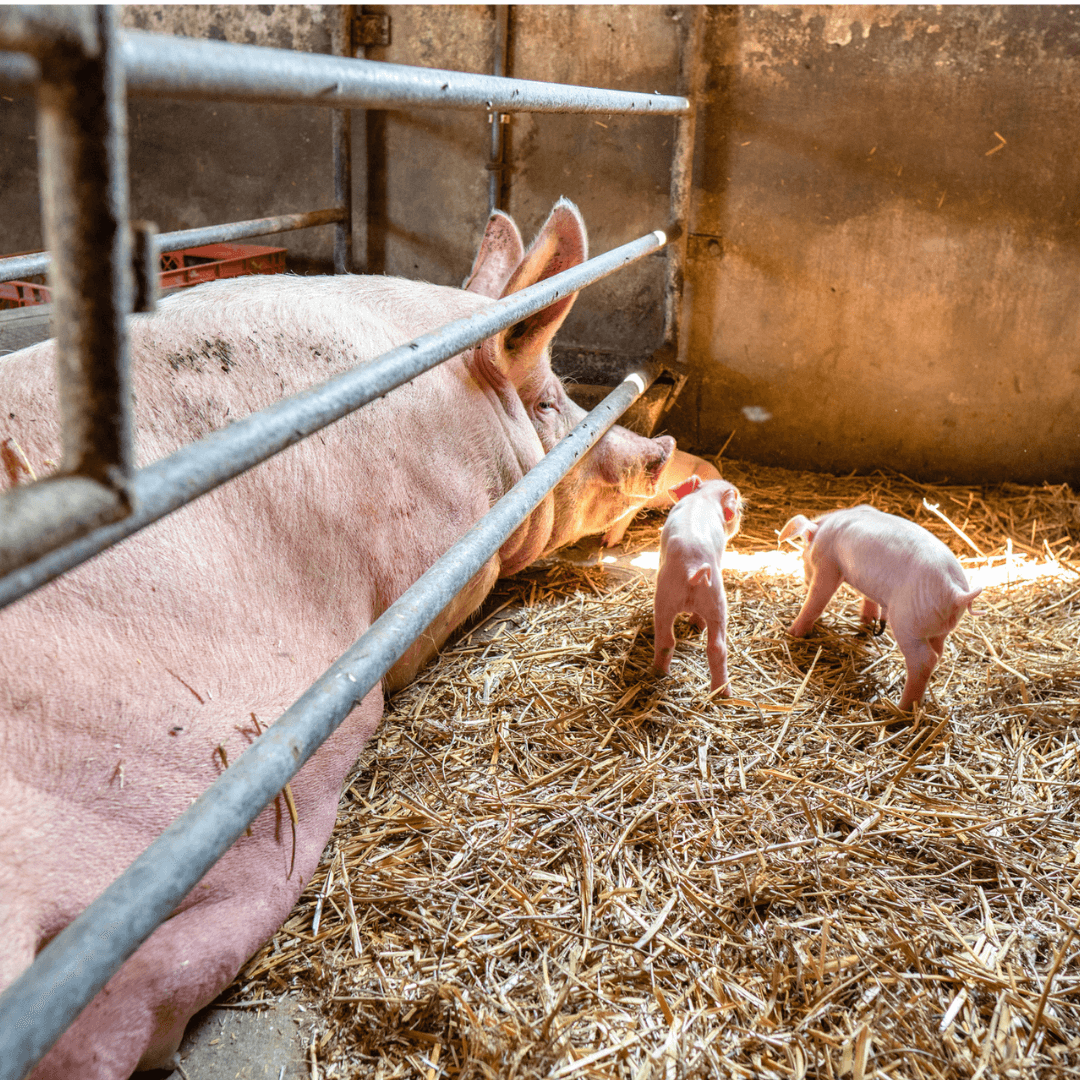 In 2019, NPPC and AFBF first brought a challenge against Prop 12 to the US District Court for the Southern District of California. However, the court dismissed the case, upholding the right of California’s voters to implement animal welfare measures. In 2021, the US Court of Appeals for the Ninth Circuit affirmed the district court’s dismissal.

In March, the Supreme Court took up the case and on October 11, the justices will hear oral arguments on NPPC v. Ross. Ahead of the SCOTUS hearing, animal-rights organizations are banding together, including Animal Outlook (AO), to intervene in defense of the law and the animals who stand to suffer should it be overturned.

“The pork industry relies on animal cruelty to exist,” Cheryl Leahy, AO Executive Director, tells VegNews. “Prop 12 addresses gestation crates which is one of the worst widespread cruel practices, but far from the only one.”

“The industry wants to avoid being held accountable for any of the massive damage it causes to animals, and this case shows the lengths it is willing to go to get that special treatment: it’s willing to override the will of voters and the very legitimacy of the democratic processes we have to refuse to be complicit in horrific things like animal cruelty,” Leahy says.

Proposition 12 was scheduled to go into effect this year but the state is still working on regulations to implement it.

Exposing the cruelty of the pork industry

Today, nonprofit Mercy For Animals (MFA) released an undercover investigation conducted at a Minnesota farm to expose the routine cruelty found on pig farms prior to the SCOTUS hearing. In its investigation, MFA found pregnant pigs unable to turn around or lie down in gestation crates leading to mental distress the animals exhibited by biting through the bars of their cages. Pigs were found bloodied and wounded from the bars of the cages and left without veterinary care.

“We conducted this undercover investigation to bring to light just what is at stake, especially for mother pigs, if this law is overturned,” AJ Albrecht, MFA’s Managing Director for the US and Canada, tells VegNews. “This case is not getting nearly enough attention from the general public, and we are determined to change that.”

MFA’s investigation also showed pigs and piglets being violently kicked, struck, stabbed with sharp objects, and thrown carelessly, and day-old piglets having their testicles cut out or ripped off without pain relief. 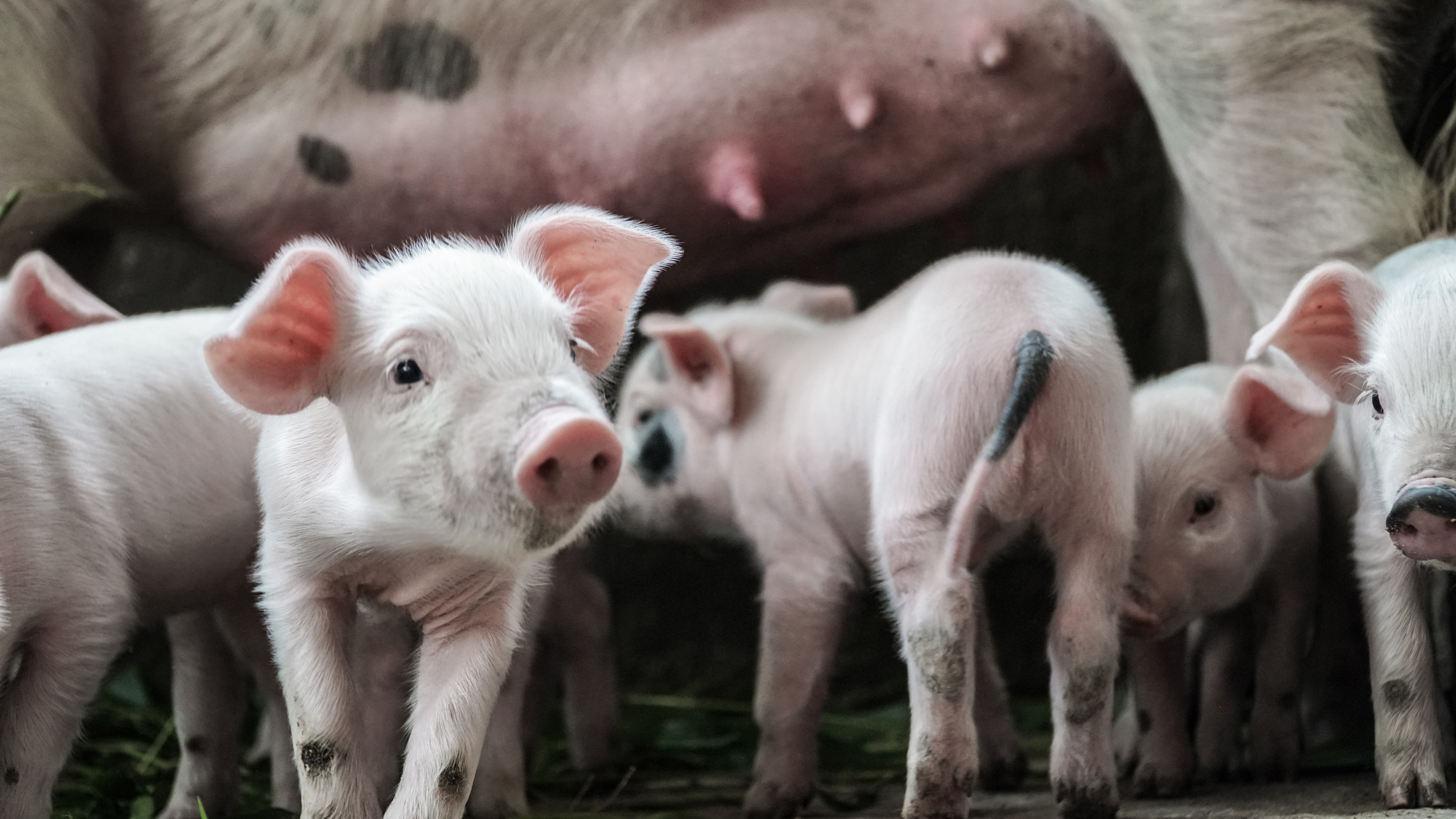 “The only way for consumers to truly ensure that they are not supporting the type of abuse we documented in this investigation is to choose plant-based foods,” Albrecht says.

Overturning Prop 12: a challenge to democracy itself

Back in 2018, Proposition 12 passed in California with a 63-percent vote. Recent surveys show that 80 of Californians—including 76-percent of Republicans—support the law.

“This is not only a pivotal moment for the farmed animal protection movement; it calls into question our very democracy: if Prop 12 is overturned, corporate greed will have silenced the voice of California voters,” Albrecht says. “We felt the need to expose the horrors that mother pigs experience in factory farms before oral arguments take place on October 11.”

If SCOTUS overturns Proposition 12, it will bring into question the rights of California voters to ban cruelty from their plates—a decision that could reverberate into other industries where major lobbies want to protect their profits.

In their brief to SCOTUS, the meat lobby says Proposition 12 places undue burdens on meat producers which they say “outweigh any negligible benefits to in-state sows and human health.”

MFA stands in stark opposition to that statement and its most recent undercover investigation shows the kind of cruelty California voters specifically chose to ban.

“Allowing smart, sensitive animals room to move and safeguarding our health are ‘negligible?’” Albrecht says. “If that isn’t the ultimate expression of corporate greed, we don’t know what is.”

While SCOTUS decides if California voters have the right to shut down these cruel practices, consumers everywhere can take a stand by boycotting the pork industry altogether, something that has been made easier with the advent of plant-based alternatives that range from hot dogs to breakfast patties to bacon and everything in between.

“Now more than ever, we need to use the power that we each have: our refusal to support this cruel industry by eating vegan,” Leahy says.