Global Citizen has been working to alleviate extreme world poverty for the last decade. As part of its efforts, the educational and advocacy organization creates powerful, multi-pronged international campaigns to drive real change in allocating both monetary and policy commitments to areas of need.

As part of its 2022 End Extreme Poverty NOW campaign, the organization called on global leaders to invest $600 million for the future of women and girls to fight gender inequalities globally; close the annual $10 billion climate financing shortfall to help reach climate goals; deliver $500 million to help African farmers respond to the global food crisis; and much more. 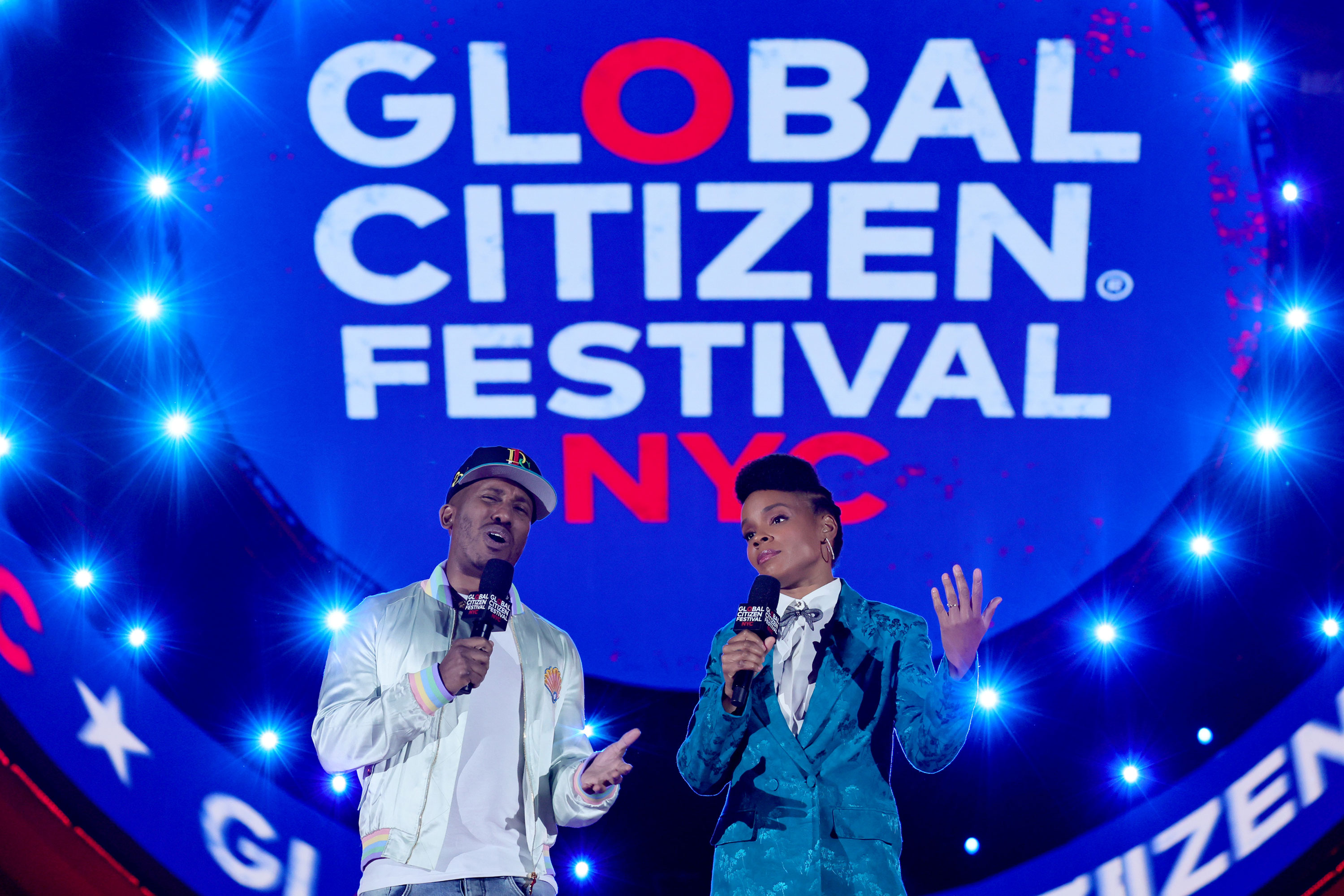 And Global Citizen’s efforts have been effective. Through its 2022 campaign, the organization counted 2 million individual citizen actions, doubling its previous record, and raised $2.4 billion for causes that help create a better world. These achievements are worth a celebration and that’s exactly what Global Citizen puts on. 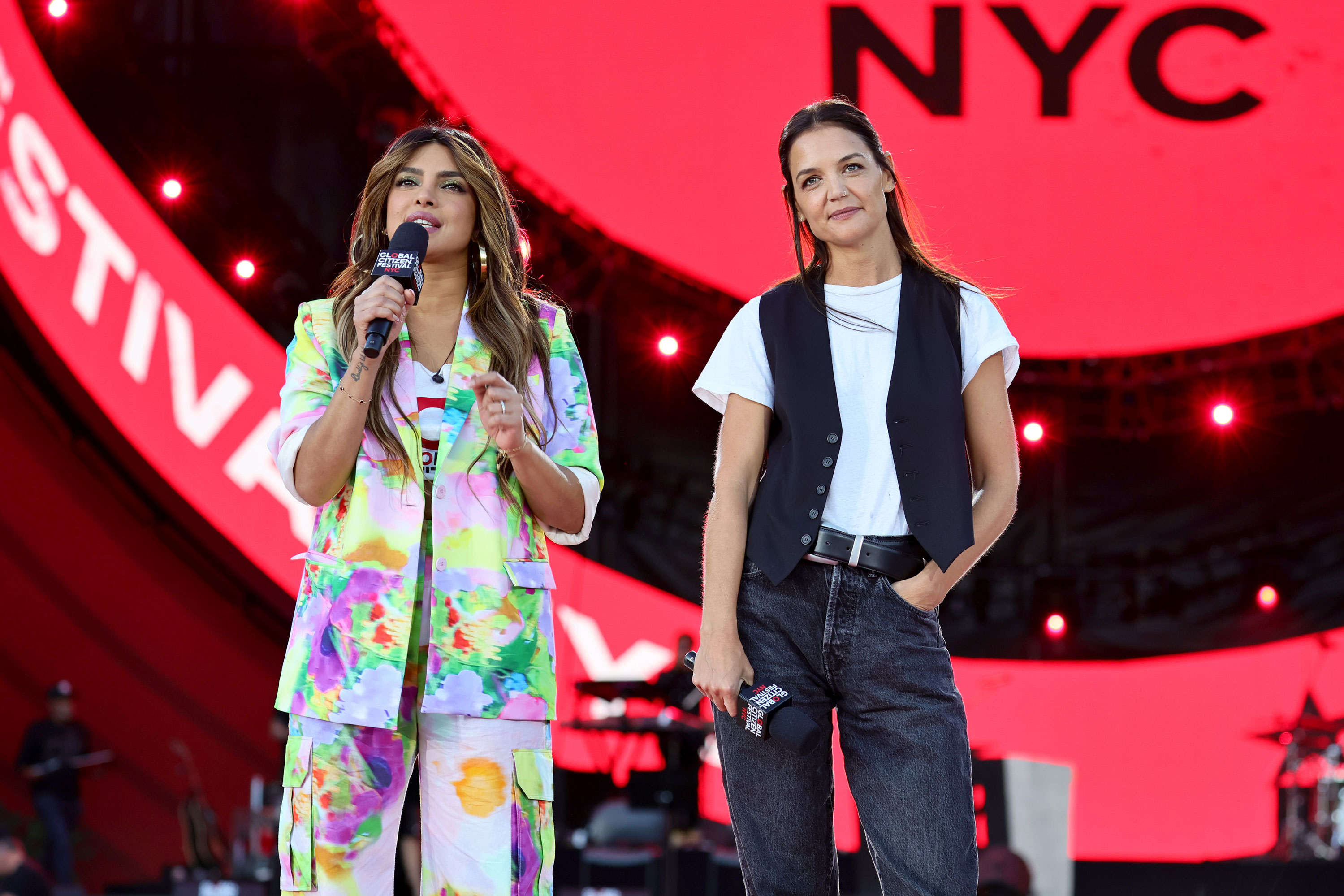 In Central Park, the festival was hosted by actor and Global Citizen Ambassador Priyanka Chopra Jonas and treated guests to performances by Metallica, Charlie Puth, the Jonas Brothers, MÅNESKIN, Mariah Carey, Mickey Guyton, and Rosalía with special guest performances by Angélique Kidjo and Billy Porter, along with a slew of speakers, including Bill Nye, Katie Couric, and many more. 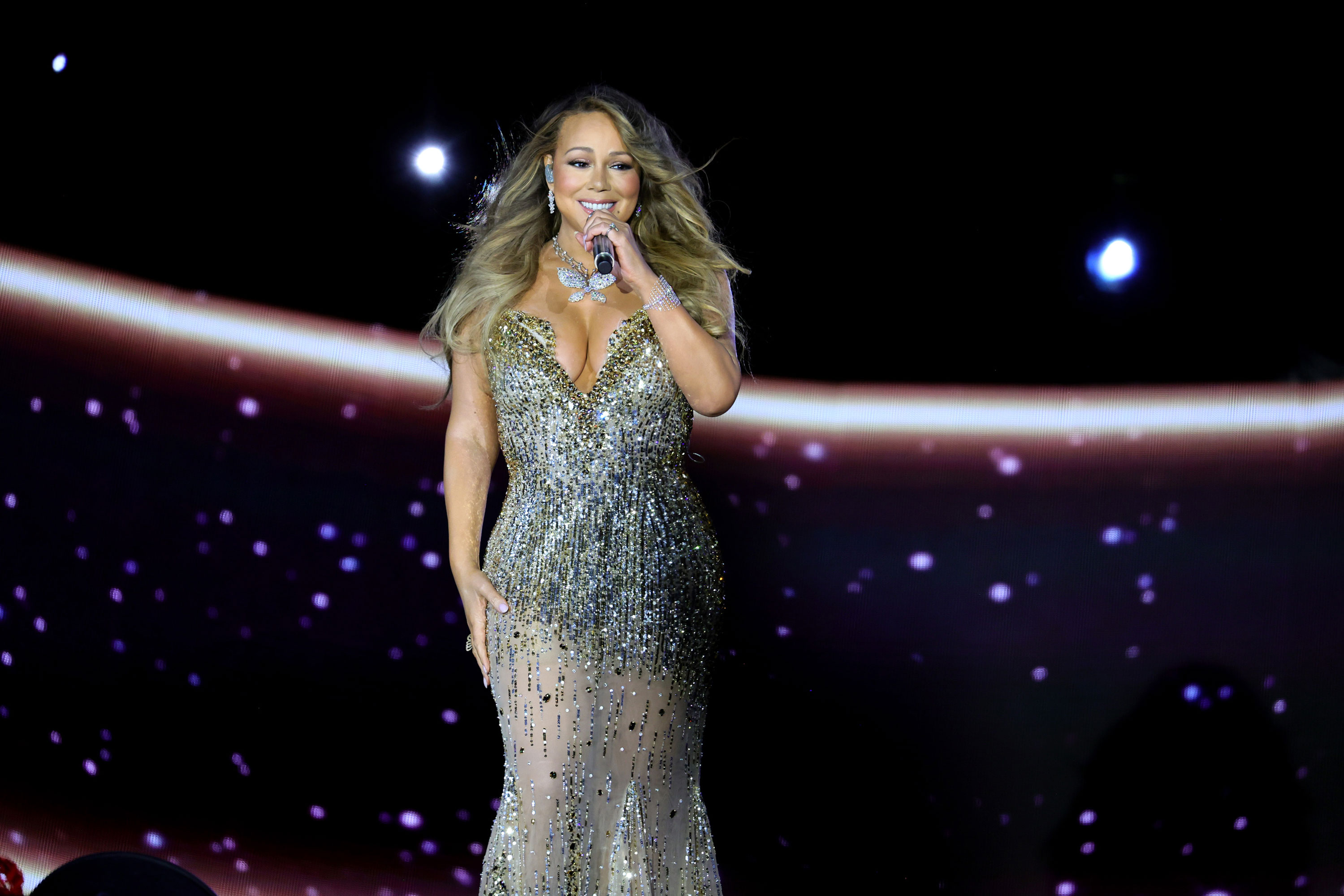 And while the NYC festival had all the makings of greatness and was put on for a great cause, one thing that was missing this year—and for the first time in Global Citizen Festival’s decade-long history—was meat.

That’s because as Global Citizen continues its work to end extreme poverty, it is also turning inward to reexamine the impact of its own actions.

On the menu at Global Citizen’s Festival

This year’s Global Citizen Festival was one for the books, with 60,000 people taking over Central Park in late September. So what was on the meat-free menu?

Concessions featured vegan options such as a Grilled Veggie Hummus Wrap, a Garden Salad, and Falafel Snack Box, with small bites such as 12 Tides kelp chips and Yes cookies—all items selected with sustainability in mind, be it because of their plant-based ingredients, compostable packaging, or both. 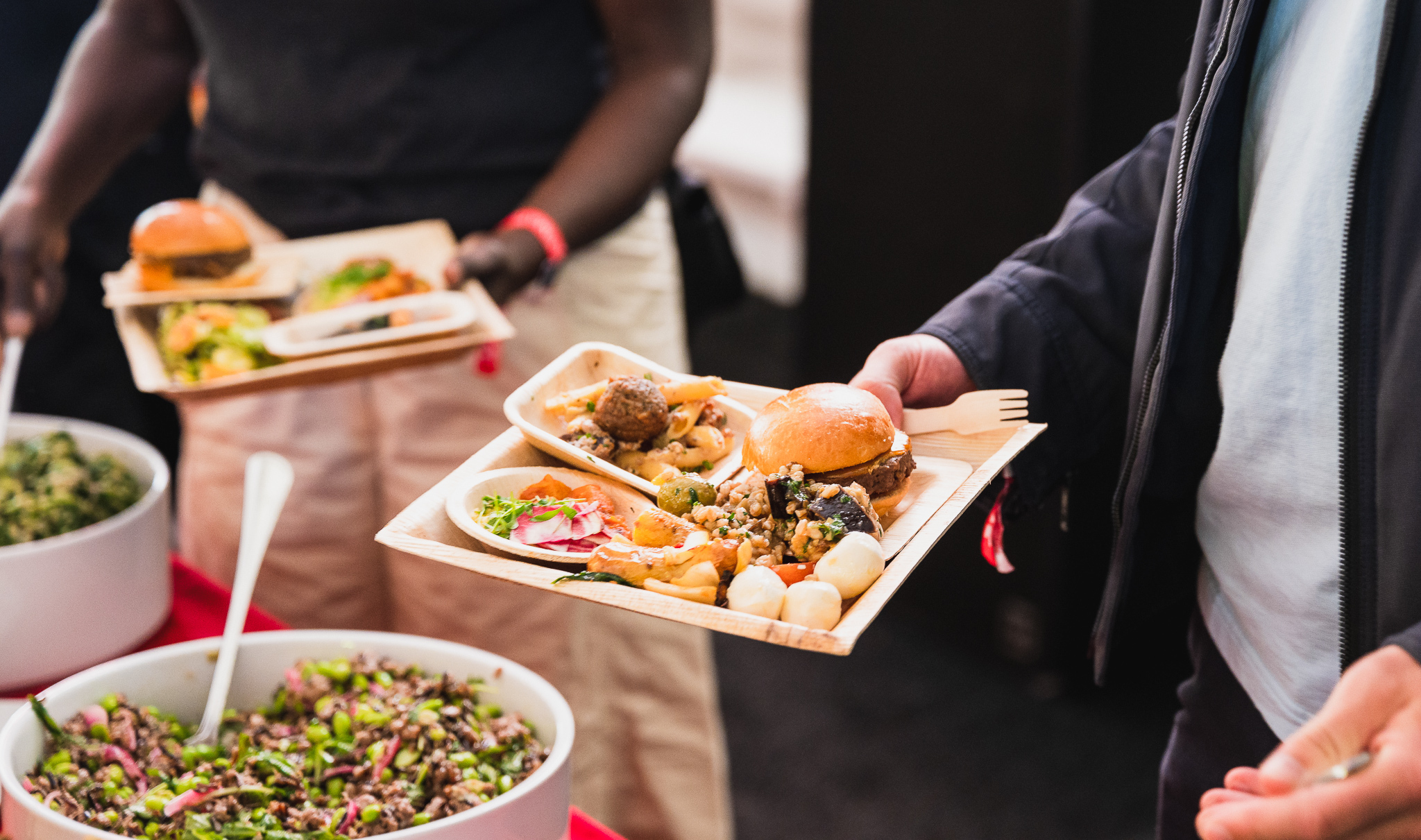 For its backstage VIP tent, Global Citizen worked with Relish Catering + Hospitality, which has catered the event for the last decade. The company’s Executive Chef Mark Russell was presented with the challenge of creating exciting meatless menus this year that highlighted a more sustainable way of eating.

“We were honored to help curate a celebration for three thousand people based entirely on plant-based foods,” Russell tells VegNews. “With a generous donation, underwritten by Impossible Foods, we designed a globally inspired, locally sourced menu, with us all in mind—from rich and hearty grains fortified with savory Impossible meat, to completely vegan sausage and peppers.” 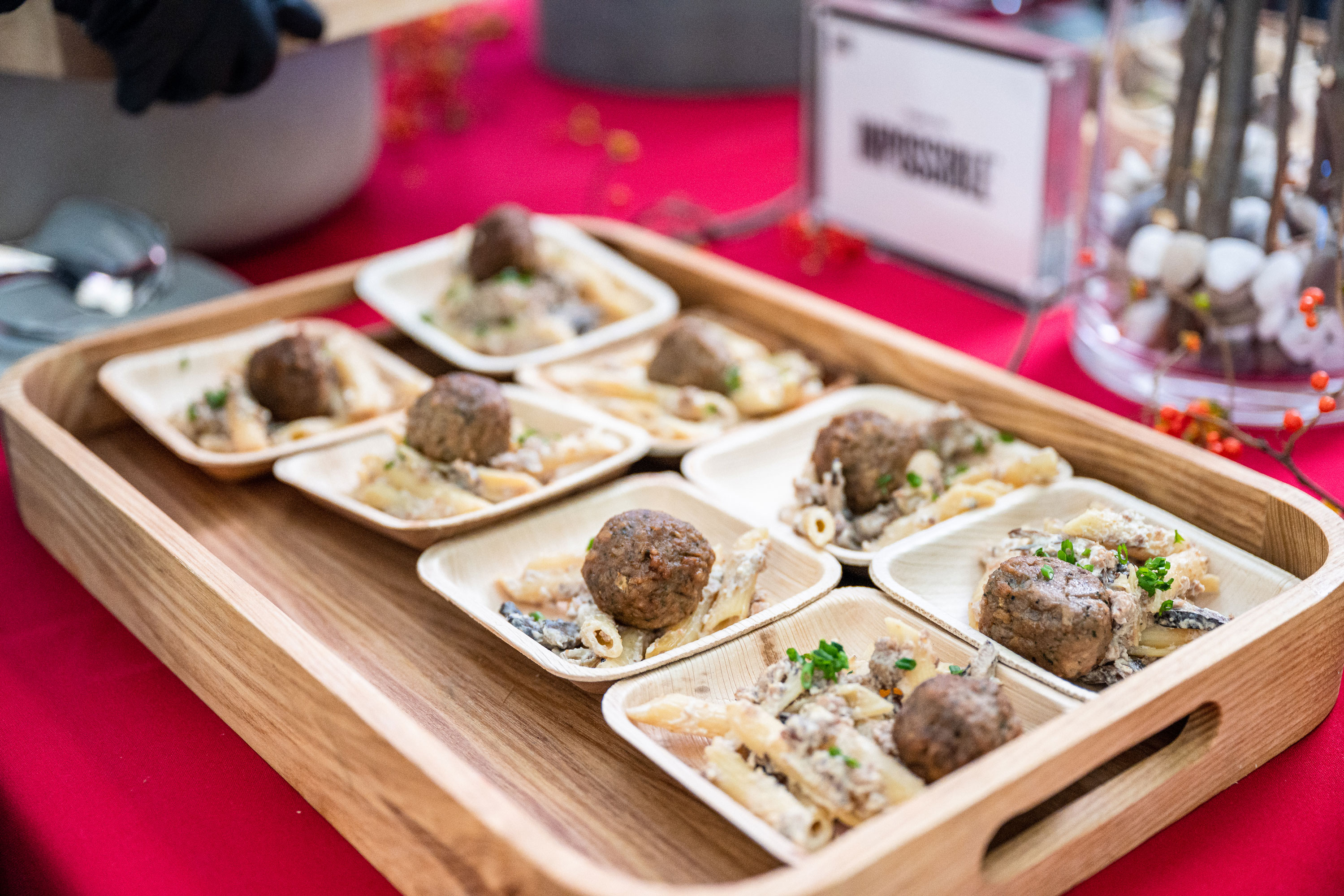 The VIP menu was enjoyed by the hosts, speakers, and activists at the festival and Russell used Impossible’s donated plant-based meats in creative ways, with all items displaying educational cards to help consumers understand the importance of sustainable diets.

The VIP menu featured a buffet of dishes such as Impossible Szechuan Pork Bao and Impossible Tinga Tacos, along with crispy falafel with tzatziki and summer rolls stuffed with shiitake mushrooms and vegetables.

There was a focus on grains and potatoes with Hudson Valley farro topped with roasted eggplant; North American wild rice with Impossible meat, edamame, and sesame dressing; and vegetable-forward offerings such as a fingerling salad with artichoke hearts and sundried tomatoes. 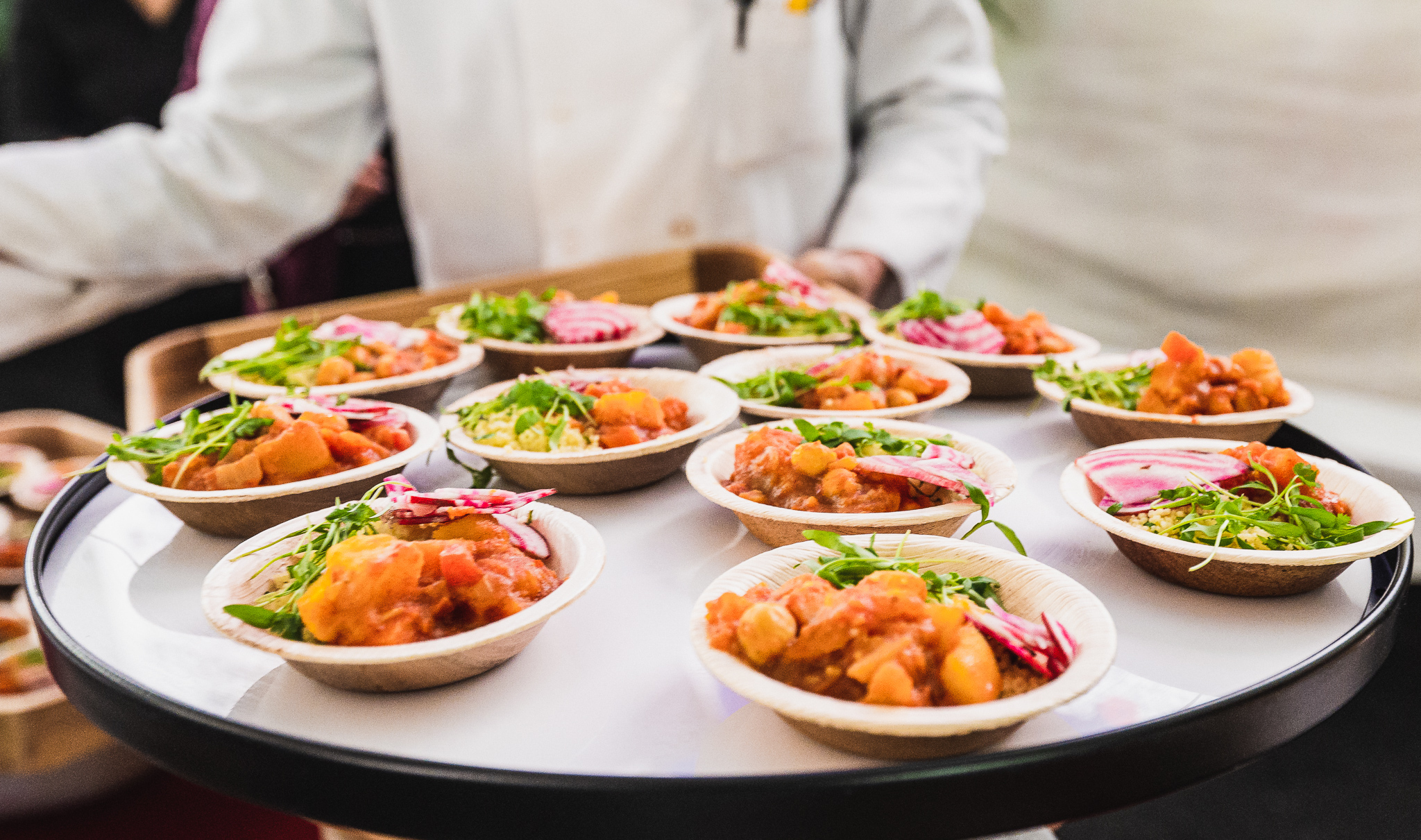 “The reception was overwhelmingly positive. With each pass onto the floor to replenish the buffets I was greeted by guests expressing praise and gratitude,” Russell says, sharing a few phrases guests said like “Well done,” “You kicked a**,” and “Loved the tagine.”

“To host an event for such a substantial number with vegetarian fare is a bold step forward in large-scale events hospitality, and speaks volumes about guests’ growing appetite for plant-based meals with purpose,” Russell says.

As part of its overarching ethos of fighting to eliminate poverty, all remaining food items from the now vegetarian festival were donated to local rescue program Table to Table in New Jersey.

Behind the menu change are Global Citizen Chief of Staff Blaec von Kalweit and Vice President of Events & Broadcast David Beame, both vegetarians for 11 and 23 years, respectively, who see this step as a move in the right direction, particularly for an organization dedicated to humanitarianism. 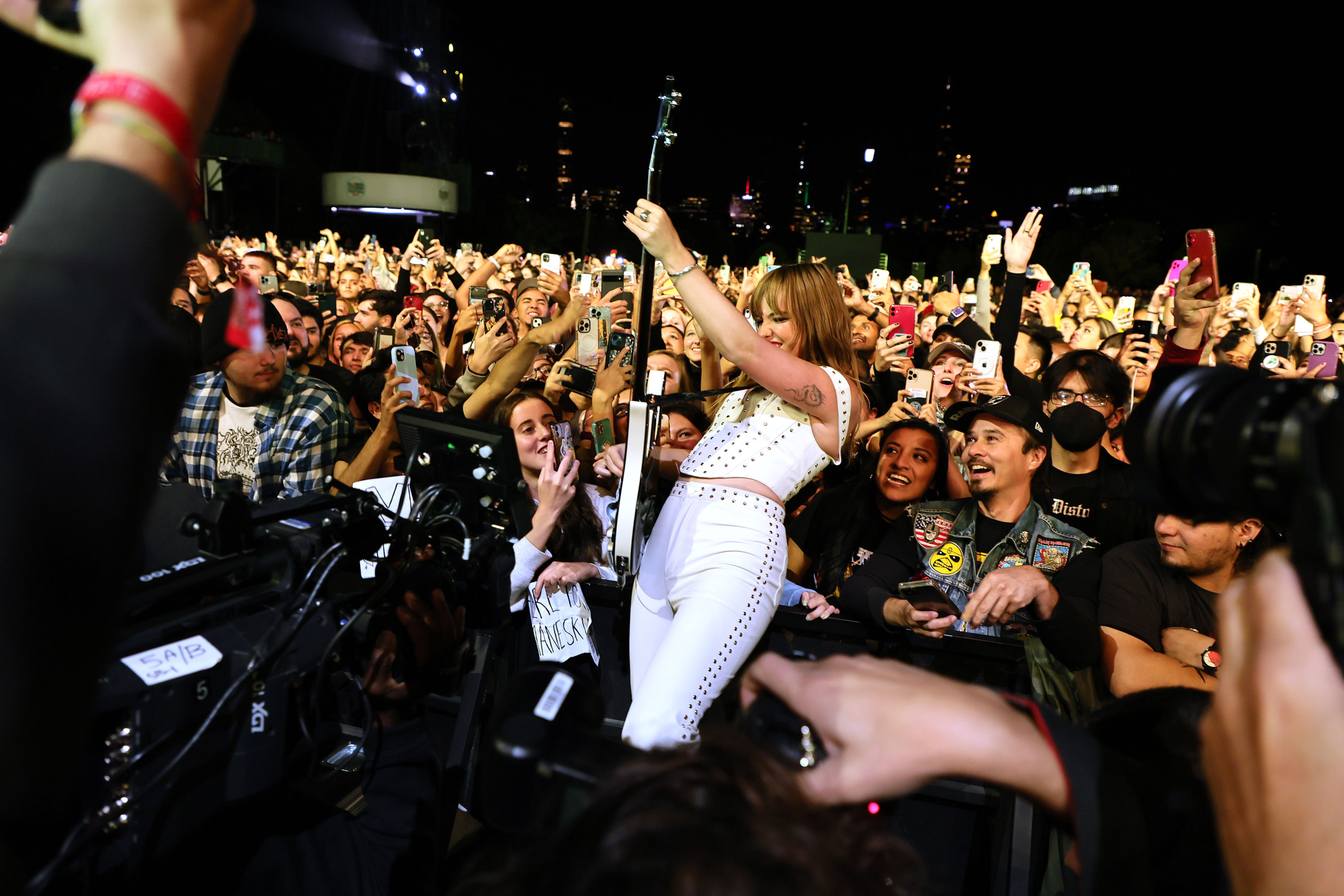 Beame has organized Global Citizen’s NYC Festival since inception 10 years ago. “Our festival has 60,000 attendees and it’s really challenging to feed that many people,” Beame tells VegNews. “We designed a food program that’s educational, sustainable, and delicious. Over the last 10 years, our menus have largely focused on vegetarian options with some non-vegetarian items sprinkled throughout. It’s a large group that you’re trying to satisfy.”

Last year, Global Citizen only served one non-vegetarian item: a turkey sandwich. This year, the fest dropped the lone meat holdout and Beame says the response has been overwhelmingly positive. “We sold out of most items,” he says. “I think we converted a lot of people as a result of offering really delicious selections.”

“This is a very discernible group and to have exceeded expectations with a vegetarian menu, it says something about the vegetarian food options available today and what’s possible for any type of event,” Beame says.

The way festival-goers gain attendance to Global Citizen’s festival is not by purchasing a ticket but by taking action such as signing petitions and calling members of Congress or other political figures to implement changes like allocating funds to fight the climate crisis.

“We don’t sell tickets to this. People earn their way in,” von Kalweit says. “Knowing that the UN just put out a report on climate change that showed plant-based diets can act as a major opportunity for mitigating and adapting to climate change and us being an advocacy organization that’s calling upon governments to make these changes … we all recognized that we had to do our part, as well. So it’s a conscious change.”

Outside of its NYC Festival, Global Citizen has taken meat off the menu at smaller events within the organization. “Many of our staff—like Blaec and I—are vegetarian so internally, it was a big win for us, and it was something that we always wanted to share,” Baeme says. 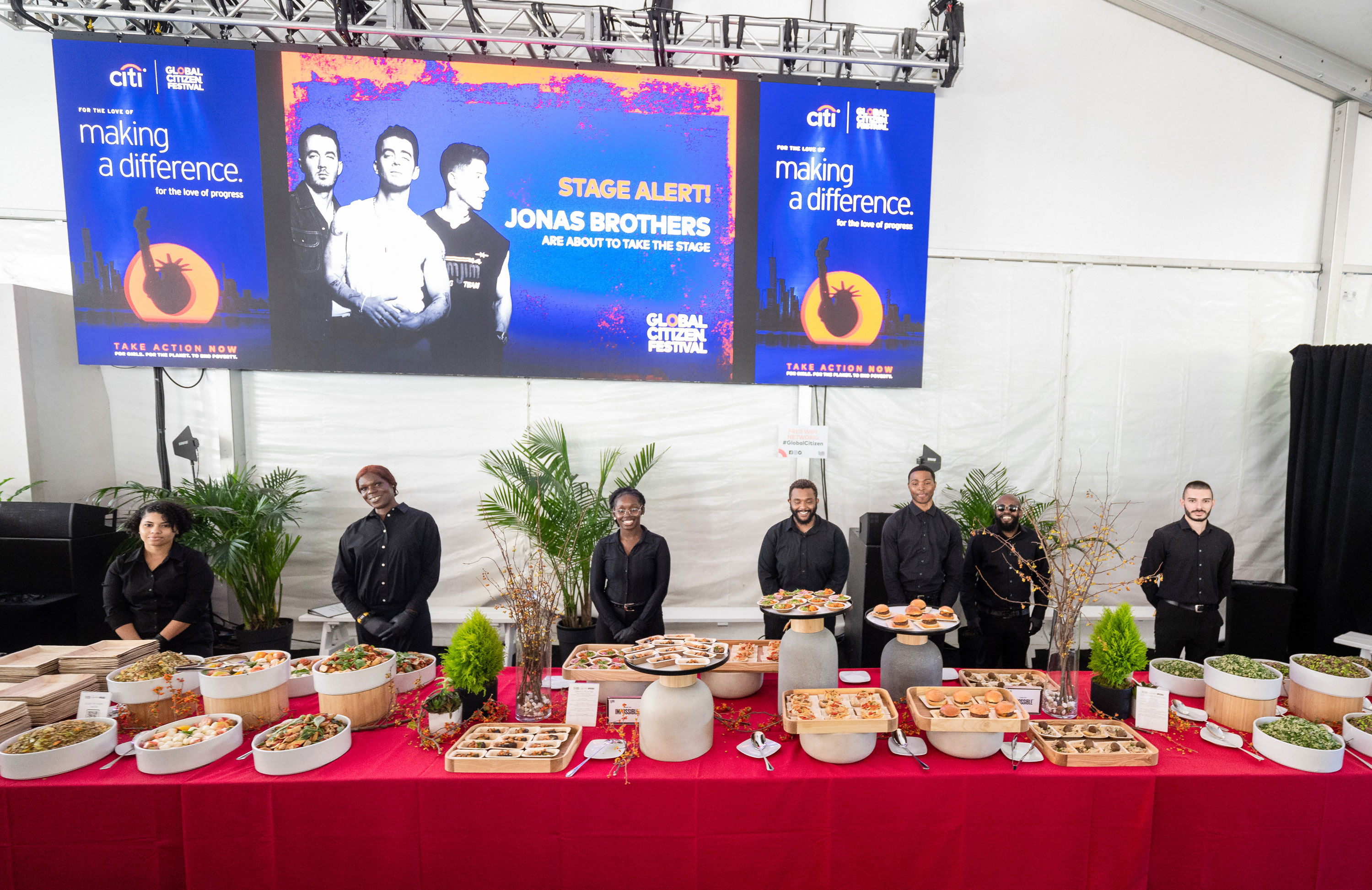 And while the Global Citizen Festival menu offered mostly vegan options, dairy was still featured on the menu. Is a fully vegan menu a possibility for a festival of this size?

Beame says he’s open to the idea and has found quality vegan options in the newer products on the market today. “It’s a matter of gradually telling a story. Moving that message and taking risks with your audience,” he says. “I certainly wouldn’t be opposed to it.”

So when will dairy go the same way the turkey sandwich did? “It’s a step by step process,” von Kalweit says.

“We’re moving 60,000 people in a direction we believe the world should be going in,” von Kalweit says. “We’ve now been able to do this and take the first step … and can look at those other options and see how they fit in and move it forward toward the next step.”

While the Global Citizen Festival has come to a close for this year, the organization continues to work toward its ultimate goal of creating a more equitable world. Beame and von Kalweit hope that this menu transition by an organization as large and well-known as Global Citizen sets a precedent for other festivals and groups looking to build a better future.