This month, queer-owned vegan doughnut shop Dough Joy will expand to a new location in Seattle’s west end. The new shop will feature a layout that includes Dough Joy’s popular doughnut shop on one side and a disco-themed plant shop called Botanic! at the Disco on the other side.

Co-founded by Sean Willis and Christopher Ballard, Dough Joy’s latest location aims to create “a fully plant-based experience” with plant-based doughnuts and live leafy plants for sale. The Dough Joy side of the location will resemble the brand’s other shop in Seattle’s Capitol Hill, offering a range of yeast-raised doughnut flavors, including classics such as Chocoholic, Strawberry Milkshake, and French Toast, and more creative flavors such as Strawberry Cheesecake Fritters, Key Lime Pie, and Boston Cream. The shop will also offer a full coffee bar serving Dough Joy specialty drinks such as Caramelatto, Rose Latte, and Power Puff Sparkling Refresher.

Botanic! at the Disco, the plant side of the concept, is new and will feature a glitter floor with disco ball planters and a curated selection of house plants and pots, along with merchandise for plant lovers.

“We wanted to create a fun and inviting space with two of our favorite things—doughnuts and plants. With the dual concept, the plant shop offers seating and a really cool atmosphere to enjoy doughnuts in,” Willis told VegNews. “Also, you can browse around but not feel pressured to [shop]. Dough Joy already has a very fun vibe, and together, it creates an environment and experience that is unlike anything we’ve seen—not to mention the neon lights, disco balls, and glitter floors.” 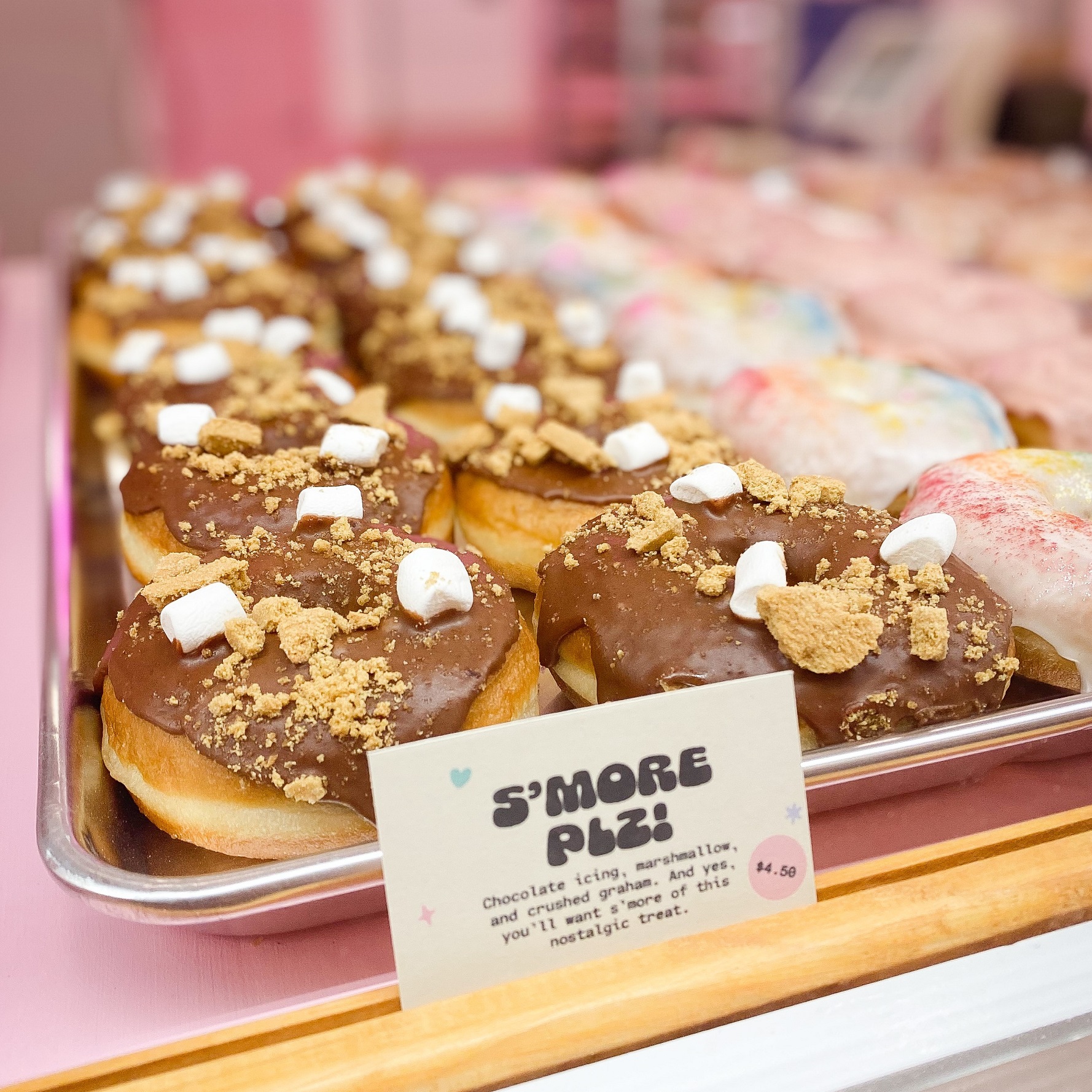 A vegan doughnut truck in Seattle

Just last year, Dough Joy made its debut as a food truck stationed in Ballard, WA, right outside of Seattle. For Willis and Ballard—who also own Vegan Candle Co. and lifestyle brand Outbound Herbivore—the Dough Joy food truck marked their first foray into the foodservice industry. After toying with a few different food concepts, the entrepreneurs decided on a vegan doughnut truck to help offset the cost of rent and bought the truck formerly used by Seattle-based vegan eateries Cycle Dog and No Bones.

“When we decided we were going to start a doughnut concept, I was actually talking with Keaton Tucker, the owner of Cycle Dogs,” Willis previously told VegNews. “He had just mentioned he was looking to sell the Cycle Dogs food truck and move into a brick-and-mortar. We had [previously] looked at brick-and-mortar locations for another concept but realized the rent seemed unsustainable for us as a brand new business. Add COVID-19 onto that, and once we heard the truck was going up for sale, it was a no-brainer.”

Just eight months after establishing the doughnut truck, Dough Joy opened its first brick-and-mortar location earlier this year in the Capitol Hill neighborhood of Seattle. Willis and Ballard managed to raise more than $40,000 through a Kickstarter crowdfunding campaign to purchase kitchen equipment and fund renovations for the new space. As the brand’s first location, the Capital Hill shop featured pink and white walls and a large custom-built wood counter, full coffee bar, and a doughnut case where flavors such as Vanilla Bean with Sea Salt⁣⁣, Cookie Butta⁣⁣, Pear Cardamom, Peanut Butter Oreo⁣⁣, and Birthday Cake are displayed for customers. 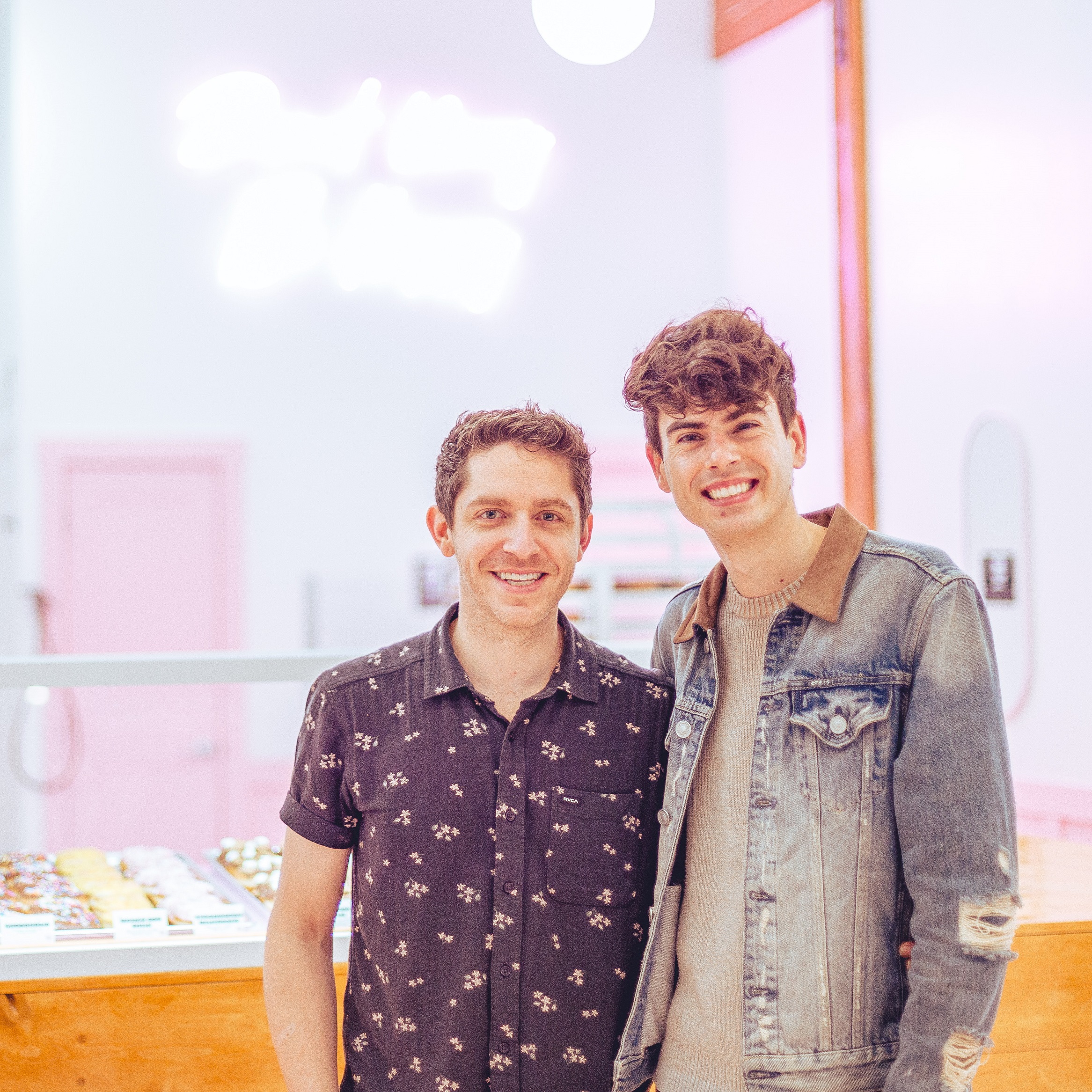 “After months and months of hard work getting this space together, we couldn’t be more proud of how the space came together and for each and every one of you to be able to enjoy it,” Willis and Ballard said on Instagram shortly after opening. “After starting on a food truck just eight months ago, to where we are today, we know it wouldn’t have happened without all the support and love from the community, and we can’t wait to grow our amazing Dough Joy fam here in Capitol Hill.”

Dough Joy’s food truck and Capitol Hill location are still in operation. With the new location set to open in West Seattle’s Alaska Junction, Willis and Ballard have the same hopes of fitting right into the neighborhood. “With such a tight-knit community and so much support for small business, we hope Dough Joy and Botanic! at the Disco will become part of the neighborhood and we look forward to meeting everyone,” Willis said.

The Vegan Guide to Dunkin’