Any way you look at it, veganism is growing. More and more consumers—some 20 percent now—are expressing an interest in getting more vegan (or “plant-based”) food into their diets. The growth in sales of plant-based food is nine times bigger than that of total food sales, which is one reason that nearly half of all major food companies today have dedicated teams working to develop plant-based products and expand into every grocery aisle. Campuses are evolving too, and by 2025, 42 percent of menus at colleges and universities across the United States will be plant-based.

Whether you are ready for a lifelong commitment to veganism or you’re just veg-curious, figuring out how to go vegan can be a little overwhelming. The good news is that it’s not as difficult as you might think, and the many positives of being vegan—including health benefits and a lighter carbon footprint—make it worth exploring. 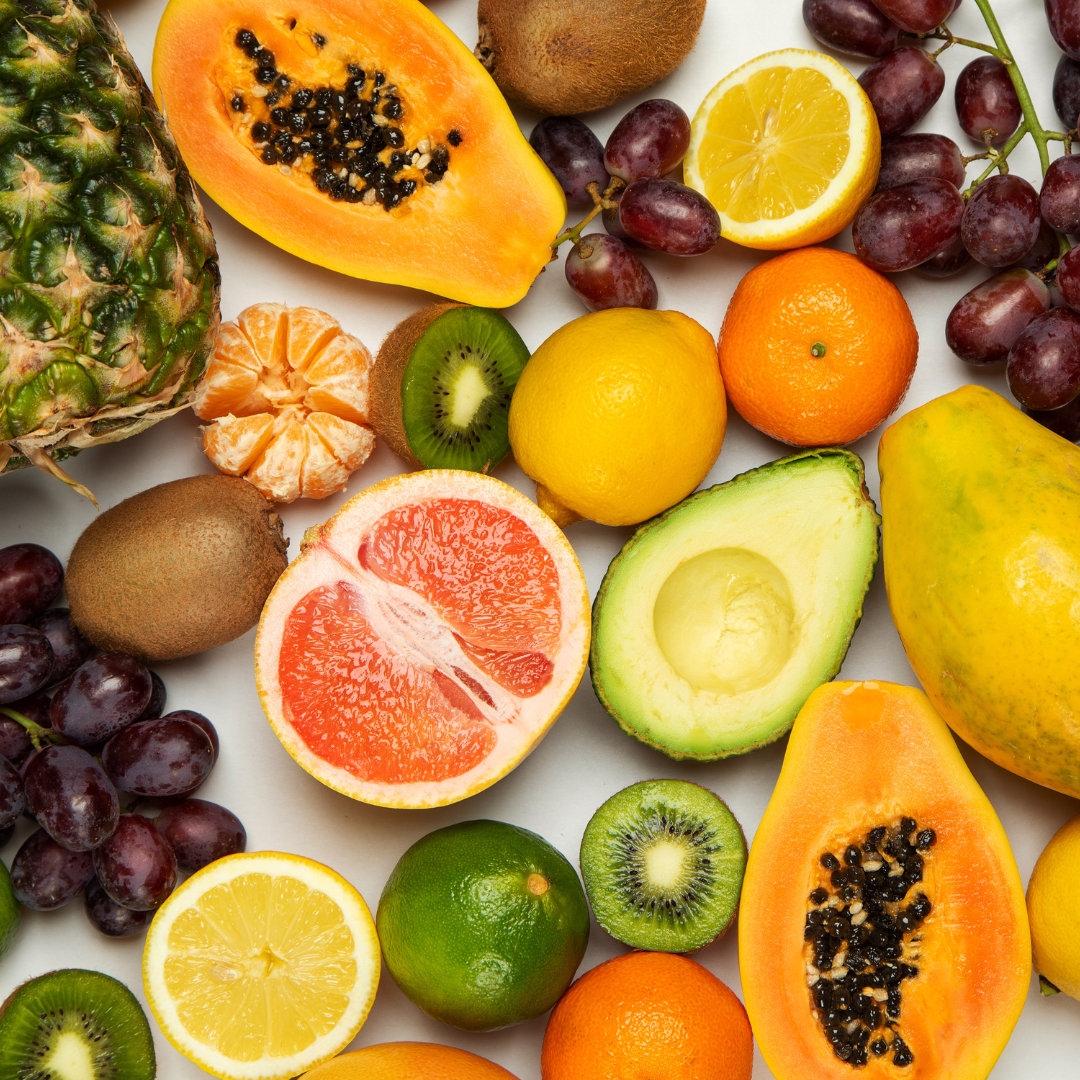 What is a vegan diet?

Eating vegan means only consuming foods that come from plants. In other words, vegans eat fruits, vegetables, beans, legumes, grains, nuts, and seeds, and they avoid all meat (including fish), dairy products, eggs, and honey. Defining veganism can get complicated, but that is dietary veganism at its core. 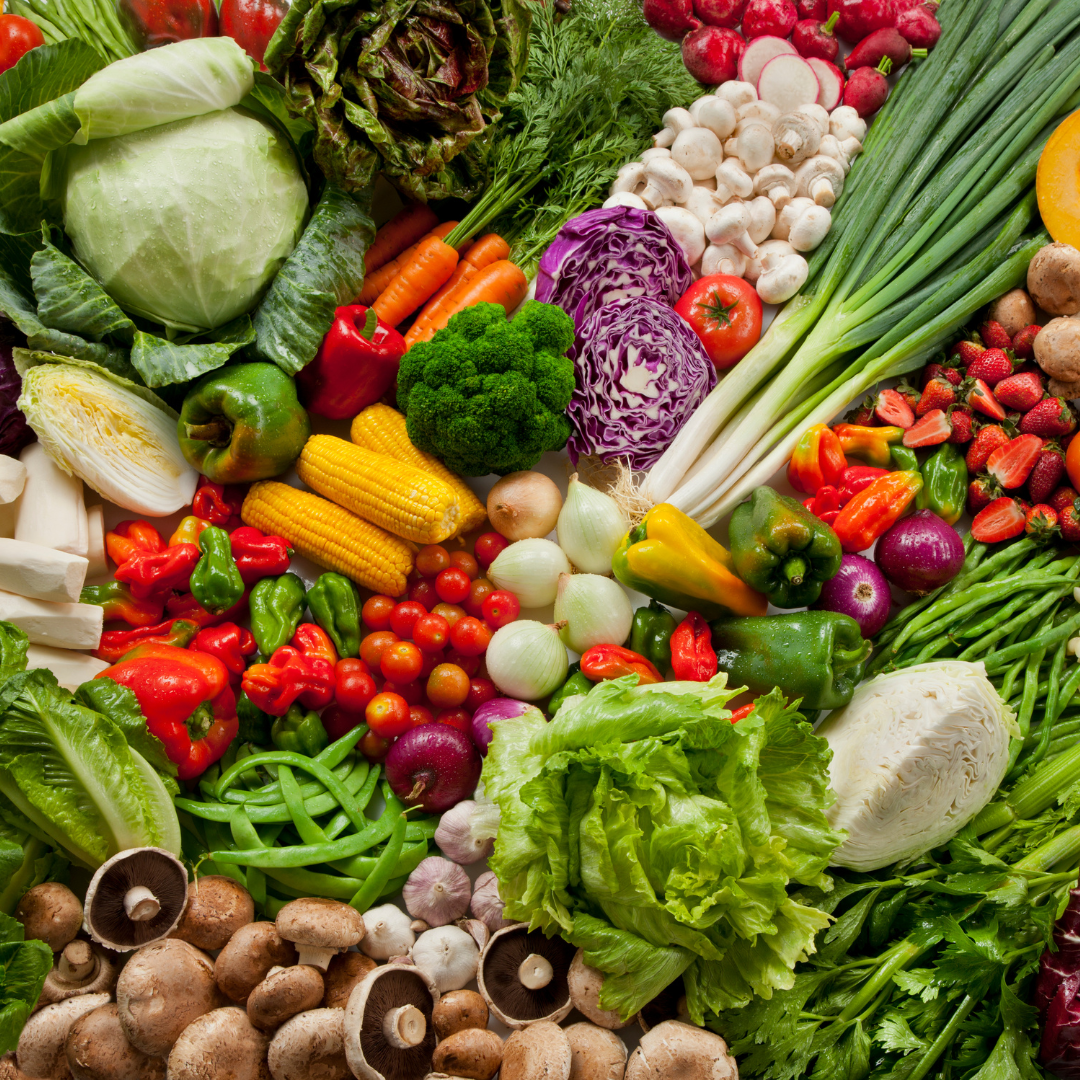 What are the benefits of a vegan diet?

A vegan diet feels good. You’re discovering new tastes, enjoying better health, not harming animals, and minimizing your impact on the planet. Here are some of the main benefits.

2 Better for the environment

Raising animals for meat, eggs, and dairy takes a major toll on our planet. Not only does it use vast natural resources such as water and land, but it pollutes the air and water, leads to deforestation and biodiversity loss, and is a leading contributor to human-made greenhouse gas (GHG) emissions. In contrast, a recent study by researchers at the University of Copenhagen suggests that a vegan diet is the optimal diet for the environment because its production results in the lowest level of GHG emissions.

Reducing animal consumption directly leads to fewer animals being raised and killed for food. That alone is one reason many people choose a vegan diet. But a lower demand for meat, eggs, and dairy also helps animals living in the wild since animal agriculture destroys habitats as it clears land to grow feed crops and create grazing pastures, and the industry kills predators, such as coyotes and bears, who prey on farmed animals. A vegan diet even benefits the ocean, not only because fewer fish are consumed but because runoff from factory farms ends up in waterways, leading to oceanic dead zones.

Research shows that diets rich in fiber and low in saturated fats, such as vegan diets, contribute to a better night’s sleep. One study examined the sleep duration and quality in 106 women ages 20 to 75 and found that those who consumed the most plant-based protein slept considerably longer and had better sleep quality than those who ate animal protein. Another study found that eating processed meat and animal-based foods can worsen sleeping conditions such as obstructive sleep apnea.

According to a study published in The American Journal of Clinical Nutrition, vegan diets can lower the risk of cognitive health conditions by up to 33 percent. One reason could be a plant-based diet’s high content of brain-protective antioxidants, which may prevent progressive damage to the brain and help slow or halt the onset of dementia. Meanwhile, micronutrients known as polyphenols, which are abundant in fruits, vegetables, and whole grains, may even help reverse cognitive decline.

Not surprisingly, a plant-centered diet is associated with a longer lifespan. A study published in the Journal of the American Heart Association concluded that people who ate a healthy diet rich in plant foods enjoyed an 18 to 25-percent lower risk of early death from any cause.

It seems that a vegan diet really does make people feel better. A large-scale survey by Tracking Happiness found vegans in the United States to be happier than meat-eaters by 7 percent. A study conducted in the UK and published in the Journal of Happiness Studies found similar results, with participants who ate more fruits and vegetables and exercised regularly reporting more happiness overall than those who ate fewer fruits and vegetables and exercised less. Biological reasons for this could be that the arachidonic acid present in meat is associated with depression or that the complex carbohydrates so abundant in vegan diets increase the feel-good hormone serotonin.

In addition, many vegans find that this compassionate diet has a spiritual benefit, even if they are not especially religious. Maybe that’s because there is a connection between the inherent nonviolence of veganism and its calming, healing effect on our spirits. Of course, the mindful consumption of plant foods can make this connection even stronger. 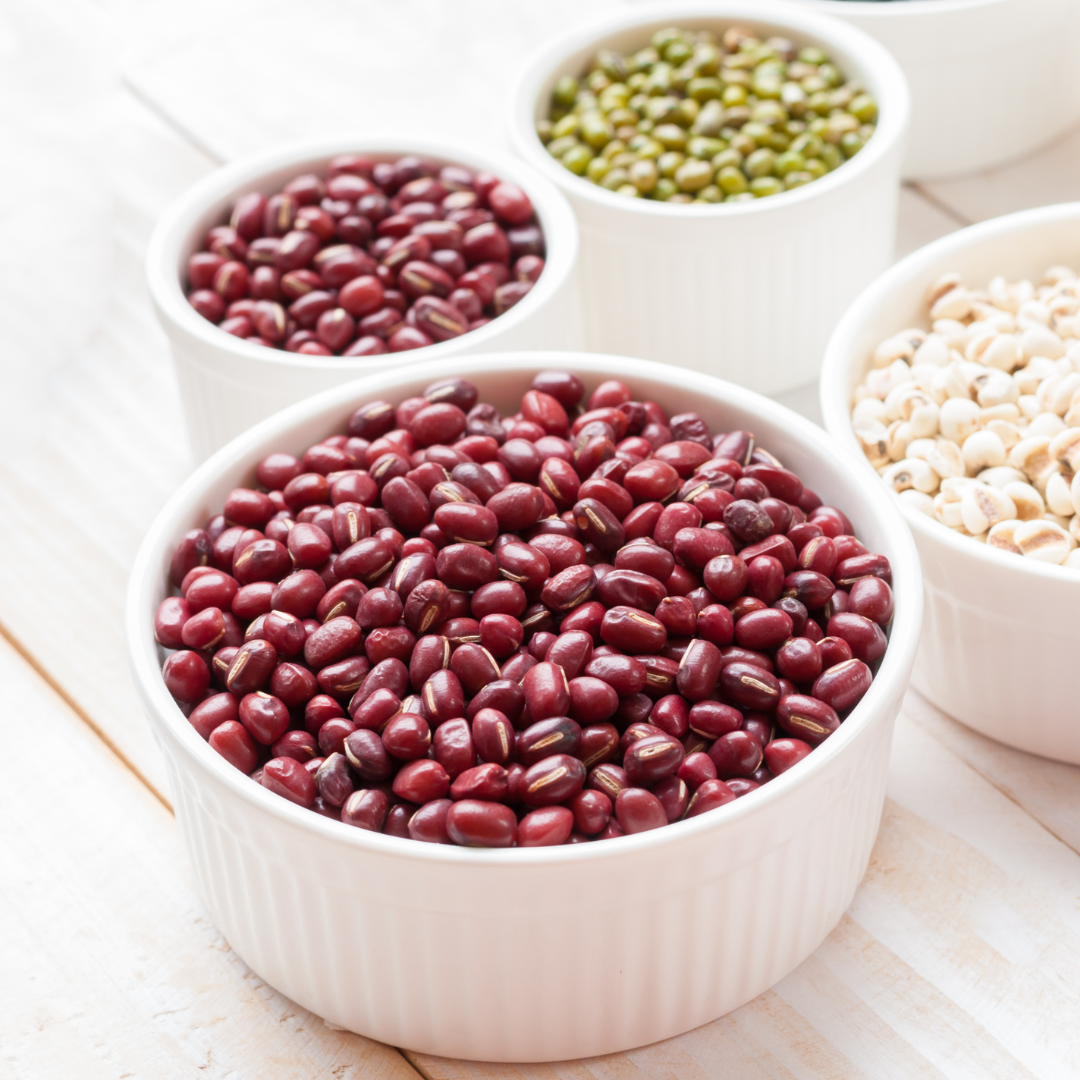 Do vegans get enough protein?

The first thing to know about protein—an important building block of muscles, bones, cartilage, skin, and blood—is that humans do not need as much of it as popular culture would have us believe. The Recommended Dietary Allowance for protein is just 0.8 grams per kilogram (2.2 pounds) of body weight. So, someone weighing 130 pounds, for instance, should consume 46 grams of protein every day.

The second thing to know is that there are many, many protein-rich legumes, beans, vegetables, and grains. Eat a simple meal consisting of, say, one cup of quinoa (8 grams of protein), half a cup of cooked black beans (8 grams), and two cups of cooked broccoli (5 grams), and you’ve consumed 21 grams of protein—nearly half the daily recommendation for a 130-pound body. Adding a scoop of vegan protein powder to a smoothie is also a convenient remedy for anyone worried about their intake.

What’s wrong with a vegetarian diet?

For many consumers, adopting a vegetarian diet—that is, eliminating meat but not eggs, dairy foods, or honey—is a step toward a healthier lifestyle. Granted, transitioning to a vegetarian diet is widely considered a positive change for heart health and is certainly better than eating meat. But any diet that includes animal products may not offer the full suite of benefits that a well-balanced vegan diet does. Vegan diets tend to be higher in fiber, for instance, and they may be better at protecting against cardiovascular disease because they do not include eggs and dairy, which contain cholesterol. Moreover, dairy consumption has been linked to numerous health concerns, including Type 2 diabetes, Alzheimer’s disease, and certain cancers.

Yet many people looking to transition to a vegan diet have found success by first adopting a vegetarian diet, feeling that a sudden switch from omnivore to vegan is a bit too daunting. Going vegetarian and learning to eliminate meat products can be a winning formula for taking the next step: going vegan. 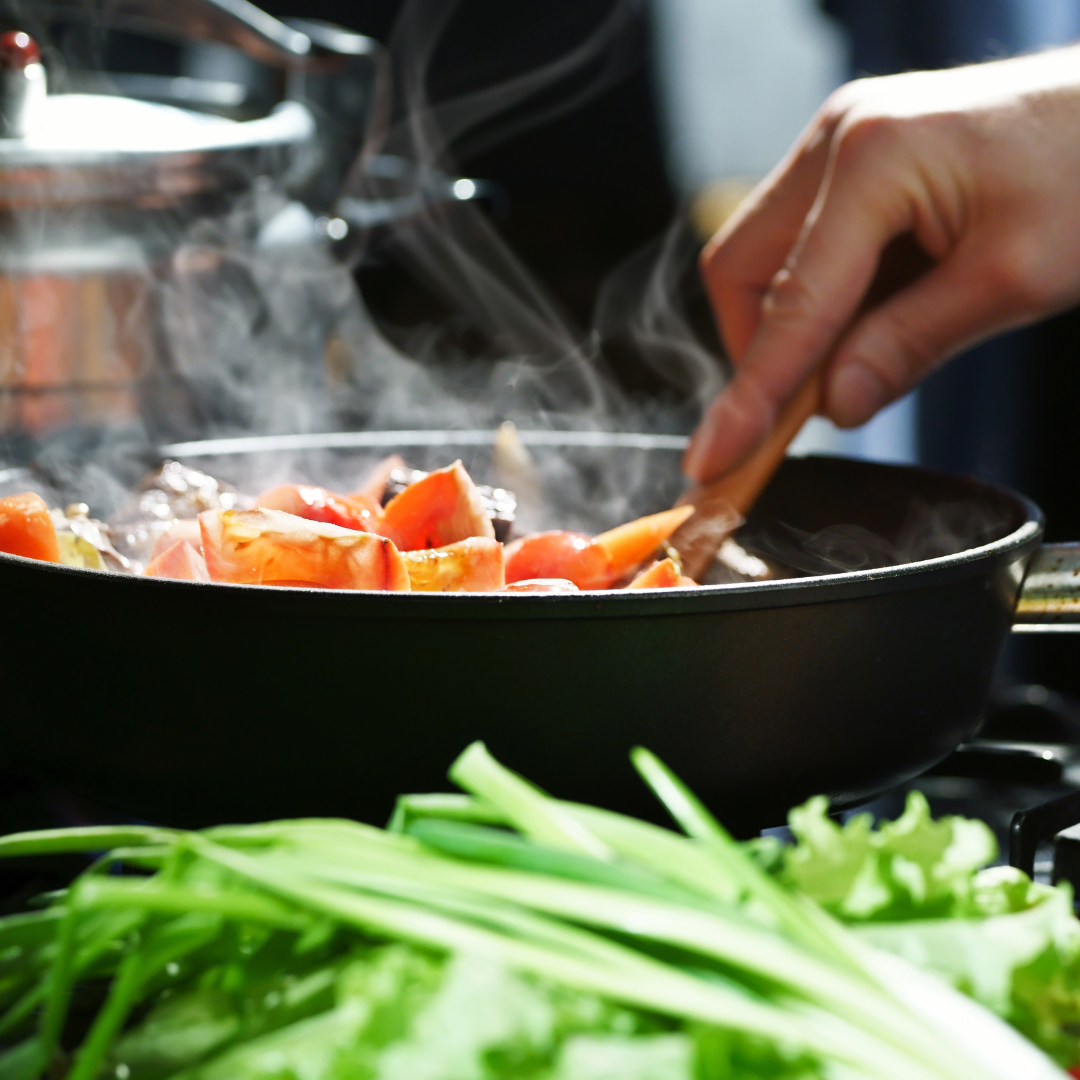 How to go vegan one day a week

Another approach is to set aside one day a week to be vegan. This gives you three opportunities to discover how nutritious, delicious, and satisfying plant foods can be. Of course, it would be simple to dine at a restaurant offering vegan options or to have food delivered, but an important step in going vegan is learning how to prepare plant-based foods yourself. So, find one or two vegan cookbooks with recipes that appeal to you, including comfort foods, and plan breakfast, lunch, and dinner based on them.

Next, prepare your meals by buying the freshest ingredients you can find, whether it’s at your local grocery store or farmers’ market. You can even clean, cut up, and store fruits and vegetables in the fridge the night before your “vegan” day, which will save you time in the kitchen.

Also, learn about alternatives. There is a vegan substitute for nearly every animal-based food. Try oat milk on your morning cereal, for instance, or one of the many vegan cheeses with your sandwich. Baking a dessert? Ground flax seeds make an outstanding alternative to eggs. Many vegan cookbooks will offer plenty of suggestions on vegan substitutes. (Tip: As delicious as pre-packaged meat alternatives can be, they are not particularly healthy and should only be enjoyed occasionally; instead, try seitan, tempeh, or extra-firm tofu to satisfy any meat cravings.)

You will likely discover that being vegan gets easier and more rewarding with each meal. 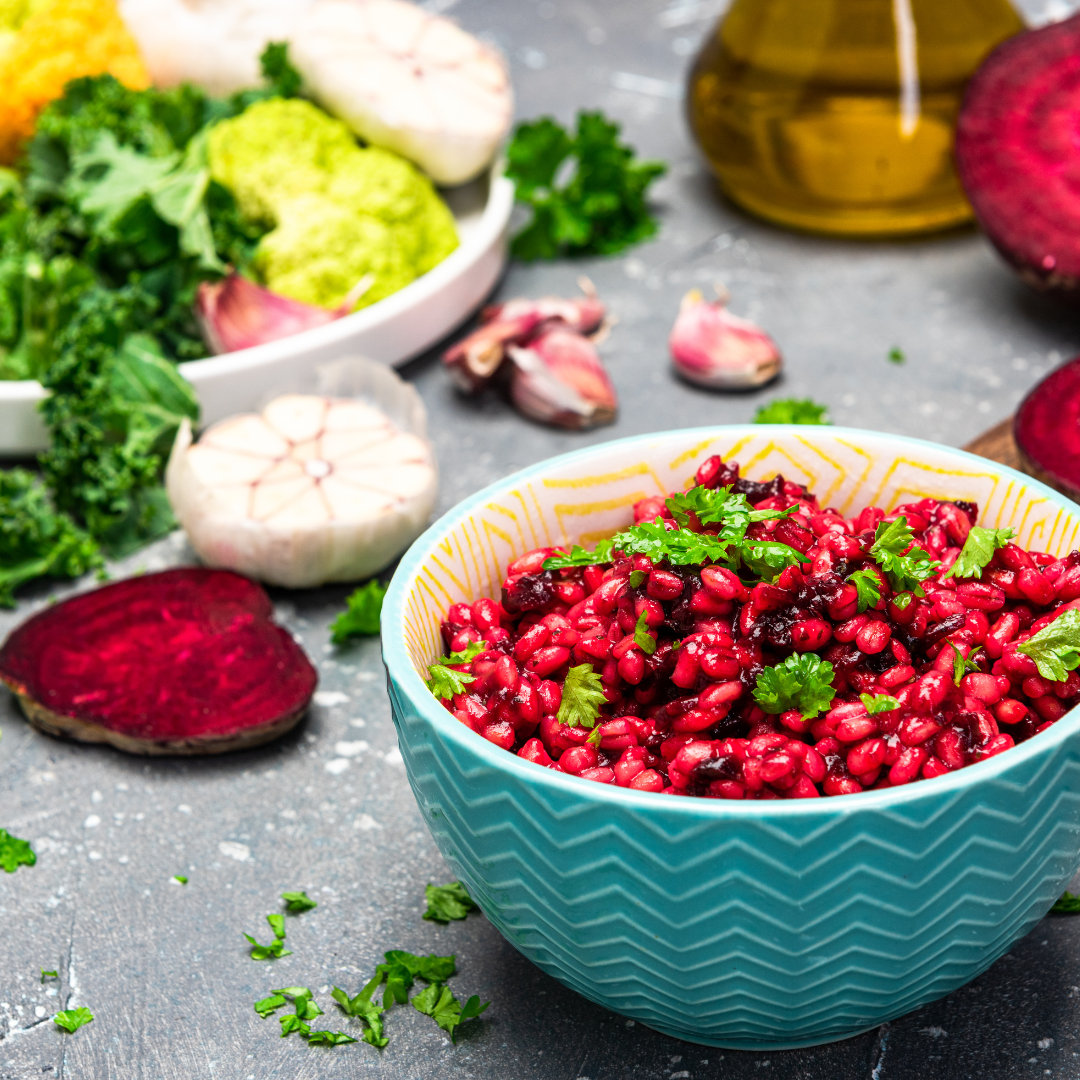 How to go vegan every day

No one wants to feel like they’re missing out on something, so try not to think of veganism as a sacrifice. Instead, gradually crowd out the animal-based foods on your plate with nutritious plant foods. The idea is to fill up on healthier choices first so that by the time you’ve given your body essential nutrients from veggies, legumes, and fruits, you’ll have no appetite for animal-based foods. Here are 10 tips to make going vegan every day easier.

Best resources for how to go vegan

It doesn’t take an iron will to go vegan—just a willingness to try new things. Here are a few books you might find helpful.

For more on going vegan, read:
4 Major Environmental Benefits of a Vegan Diet
5 Reasons to Forget Keto and Go Vegan
What Is Tofu Exactly?

How Much Protein Is in Beans, Plus 7 Wholesome Recipes