Naturally, we want the best food for our beloved dogs. For centuries, humans simply fed their canine companions leftover table scraps. But in 1860, American entrepreneur James Spratt introduced the first commercially produced dog food in England. Spratt’s kibble-based food was made from wheat meal, vegetables, and beef blood, and since then, our understanding of how to feed dogs has changed.

Fast-forward to modern times, and the vast majority of conventional kibble still depends on meat—which is not only terrible for the planet that we share with our fur babies, but also contains ingredients that we might not want to give our dogs in the first place (spoiler: it’s not pretty.) In short, times have changed, and it’s high time that the pet food industry stepped into the 21st century. So, we wanted to know: can dogs be vegan? What do the experts say?

Today, pet supply store shelves are lined with dog food made from chicken, turkey, salmon, lamb, beef, rabbit, or some other type of meat. The choices then get more granular, with options for grain-free, high-protein, single-source protein, limited-ingredient, weight control, organic, natural, raw, and human-grade.

But even despite all the choices, the conventional dog food industry has come under public scrutiny over what’s allowed in pet food.

In the US, pet food standards are enforced by state and federal regulatory officials who are experts in the field, many of whom are also members of a non-profit organization called the Association of American Feed Control Officials (AAFCO). AAFCO establishes the nutritional requirements for pet food to contain the vitamins and minerals that dogs need to thrive, but some of the ingredients are eyebrow-raising. 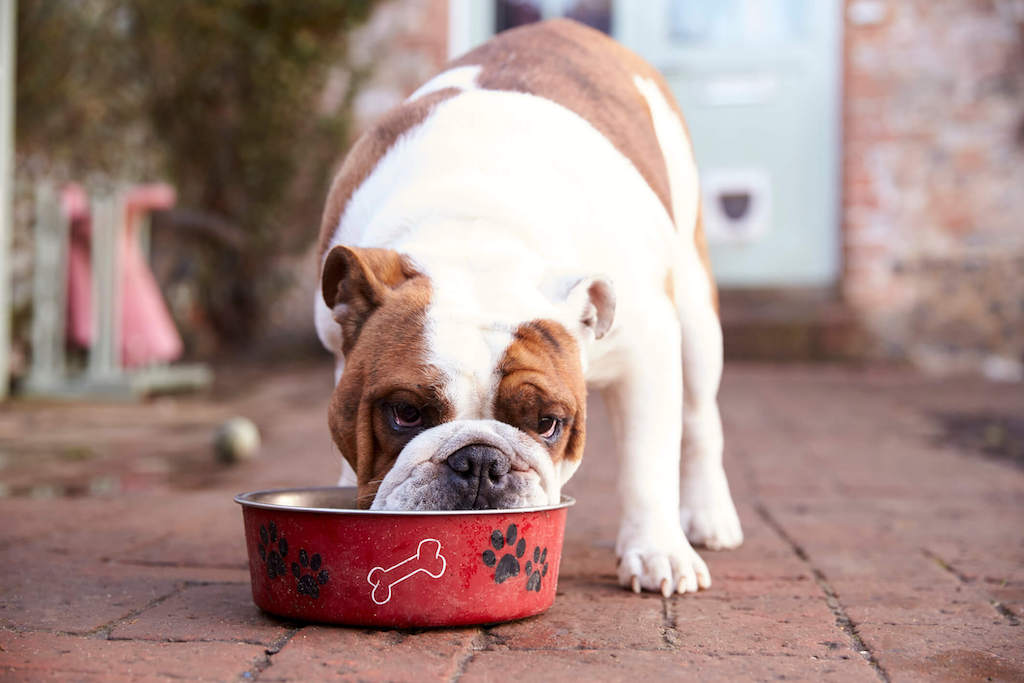 Many conventional pet foods contain an ingredient called “meat meal,” a slurry that AAFCO defines as the “rendered product from mammal tissues.” Legally, meat meal can be made from the leftover parts of a wide array of animals that aren’t eaten in the Standard American Diet, like blood and organs. Legally, conventional dog food can also include hair, hide, horns, and beaks—and all of this can come from “mammals other than cattle, pigs, sheep, or goats without further description.” As devoted pet parents, we deserve 100-percent transparency in the food that’s meant to help dogs live their best life.

“For the most part, the pet food industry has a very narrow, isolated view of nutrition, limited to a small range of ingredients that go into your dog’s bowl with less regard about what it takes to make that food and the impact it has on the world around us,” Abril Estrada, co-founder and Chief Product Officer of vegan pet food brand Wild Earth, tells VegNews. Meat’s role in the pet food industry comes with a massive dietary pawprint. On a global scale, industrialized animal agriculture is responsible for an estimated 15 percent of human-caused greenhouse gas emissions.

There are also concerns about the safety of conventional pet food. Following a pet food safety recall in February 2018, it came to light that meat giant JBS knowingly distributed beef tallow adulterated with pentobarbital, a euthanasia drug used for cattle and horses—yes, really. There’s a way to avoid that, and it’s by changing how we feed our animal companions.

In recent years, pet food made with “human-grade” ingredients has been on the uptick. Instead of being made from the by-products of the meat that humans won’t eat, these companies make dog food from minimally processed ingredients, like cuts of meat the customer would feel comfortable sharing with their family and healthy vegetables. In spite of good intentions born out of a love for canines, feeding all dogs this way would require raising more animals for food, increasing the animal agriculture industry’s already substantial strain on the planet. 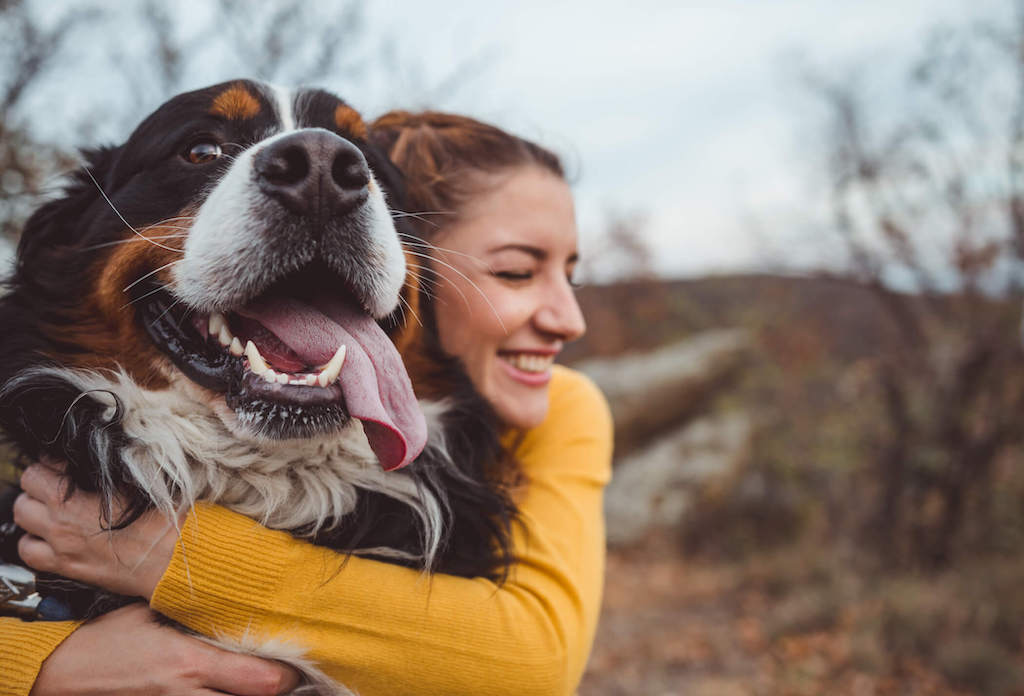 The environmental impact of pet food

The human appetite for mass-produced meat is a key driver of climate change, accounting for about 60 percent of all agricultural emissions. Well, the carbon footprint of the pet food industry is significant, too. A 2017 study published in the journal PLOS One estimates that pet food makes up a quarter of the environmental impacts of meat production. That’s taking into account just the pet food industry as-is, where the meat used is often the by-product of parts of the animal that aren’t sold for human consumption.

Circling back to human-grade pet food, if we were to switch the $95.8 billion pet food industry over to one that relied on “human-grade” meats, in the US alone, that would be 163 million cats and dogs eating animal meat-based meals twice a day. This would undoubtedly exacerbate the state of the global climate crisis, which is a driving force behind air and water pollution as well as deforestation.

Slowing the effects would either mean getting rid of a lot of cats and dogs—which is not only cruel but also unrealistic—or making healthy, environmentally friendly pet food the standard, which is what Wild Earth aims to do.

“Nutrient-rich, toxin-free food can only come from a healthy ecosystem that is in equilibrium with sustainable food practices. Our mission at Wild Earth is to both feed all of our pets healthier food and help rewild the planet by reducing the environmental footprint of our pets,” says Ryan Bethencourt, co-founder and CEO of Wild Earth.

Studies show that a global effort to shift to a plant-forward diet would have enormous environmental benefits. It’s one big piece of the puzzle in moving the needle against climate change. Estrada and Bethencourt say that this goes for our pets, too.

“A healthy life starts with good nutrition, but it doesn’t end there,” says Estrada. “This is true for humans, pets, and all living creatures: we need clean air, clean water, and access to green spaces in order to lead rich, fulfilling lives. We often think about our own impact on our environment and make conscious efforts to improve our carbon footprint, but we seldom think about the footprint our pets make.” 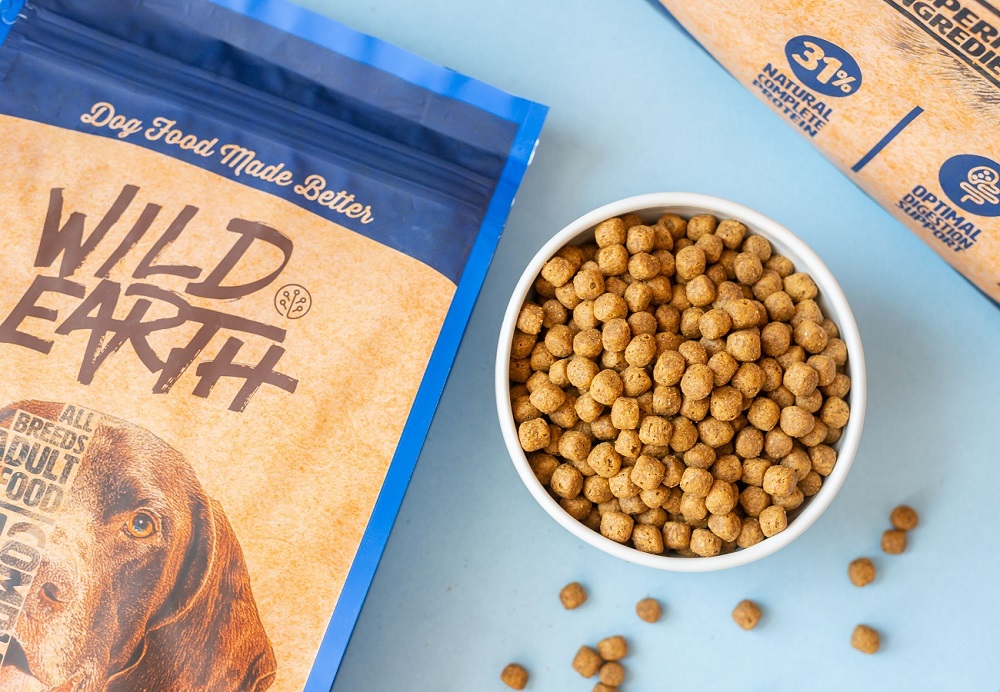 Experts answer: can dogs be vegan?

Hang on now, can dogs be vegan? Aren’t dogs carnivores? “Even though domestic dogs are members of the order Carnivora, they are technically omnivores,” says Tiffany Ruiz Dasilva, VMD, and Professional Services Veterinarian at Wild Earth, and the veterinary community accepts this as fact nearly across the board.

What sets our furry best friends apart from their wild-born cousins, wolves? In a study that compared dog and wolf DNA, researchers found copes of the gene amylase, a protein that helps digest starch—the primary nutrient in grains.

Dogs also produced a version of the starch-digesting enzyme known as “maltase” that is closer to the kind found in omnivores than it is in wolves. This indicates that early dogs living alongside humans had an evolutionary advantage if they could digest starch like an omnivore. There was some recent concern that peas could raise dogs’ risk of heart disease, but the Food and Drug Administration ultimately concluded that there is no evidence suggesting that legumes are dangerous to canine heart health.

In short, your canine companion has different nutritional needs from their wild-born cousins, and they can get everything they need from a plant-based diet. A growing body of research backs this. A study published earlier this year found that a well- balanced vegan diet may be healthier for dogs than conventional or raw kibble meat-based diets, leading to fewer vet visits. Another recently published study showed that the longevity of previously homed dogs was reportedly 1.5 years greater when fed purely vegan diets. And this diet eliminates some of the major allergens for dogs, such as certain types of meat, eggs, and dairy. 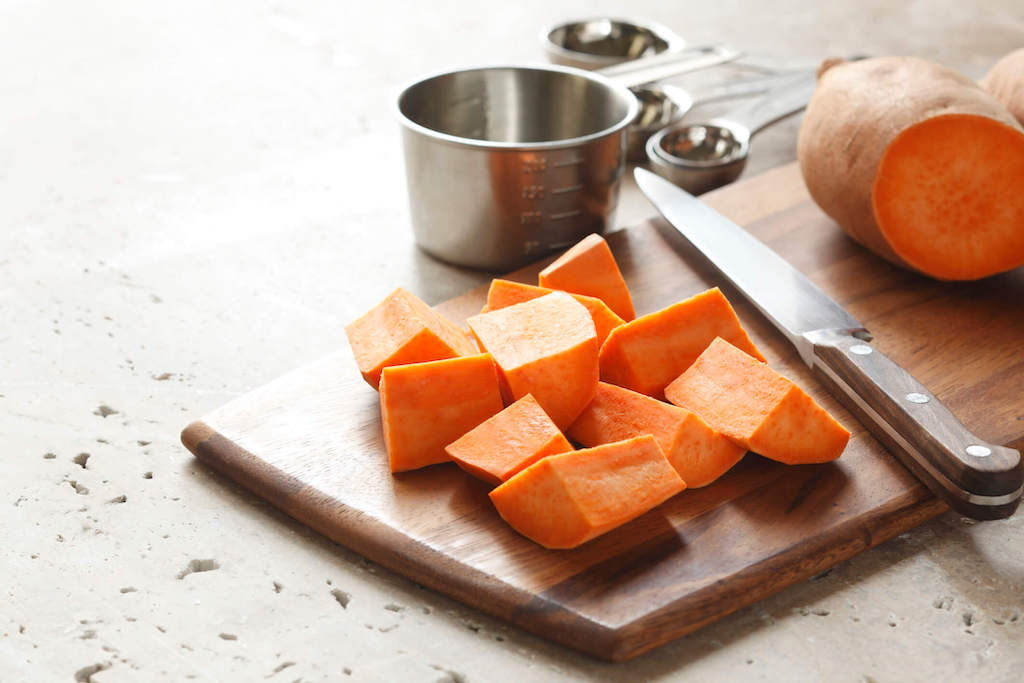 We know that conventional dog food leaves much to be desired. But, what makes plant-based dog food the healthy choice? Since dogs are technically omnivores, it all comes down to meeting their nutritional needs.

“Eliminating animal ingredients from our pet food allows us to create products that meet a dog’s nutritional needs in a cleaner and safer way without harming other animals and significantly reducing the impact on the environment,” says Estrada.

Wild Earth’s vegan dog food—which was voted Best Vegan Dog Food by VegNews’ readers in the annual Veggie Awards—takes these requirements into account, but without meat. Here’s what’s in it:

Chickpeas, nutritional yeast, and peas: Provide protein and amino acids. Research has proven these are just as digestible as protein from meat, plus they contain dietary fiber, which aids in digestion

Oats: Carbohydrates for energy, plus B vitamins and linoleic acid, which are good for skin health

Spinach: Vitamins A, B, C, E, and K, plus iron and beta-carotene. Vitamins A and E are antioxidants that support our dog’s immune system

Pumpkin and sweet potatoes: Both are high in fiber and aid in healthy digestion. Together, they provide vitamins A, B, C, and D, plus beta-carotene, iron, and potassium 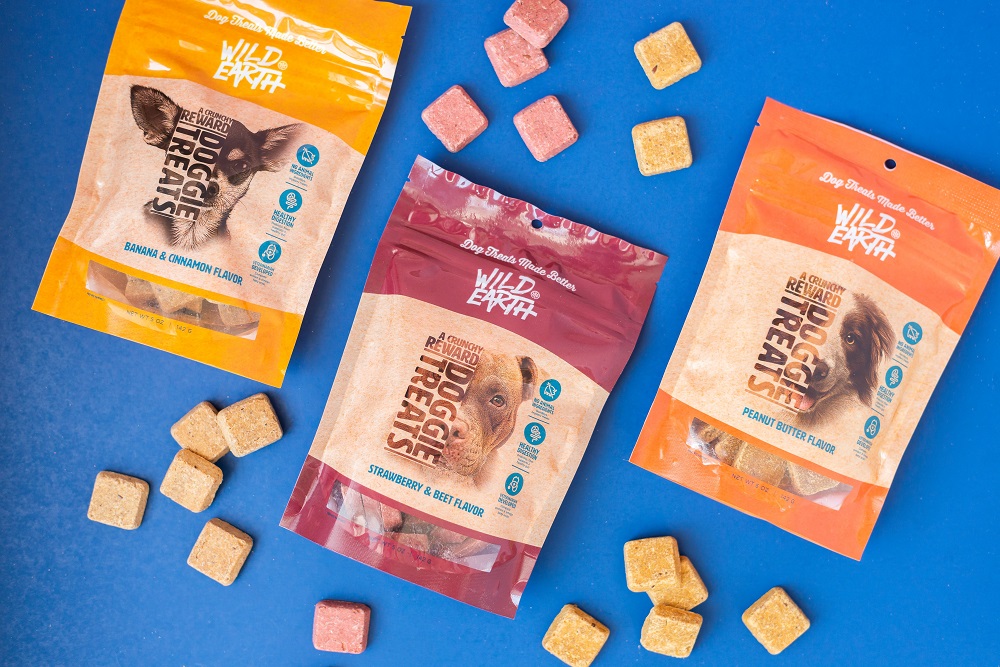 Wild Earth goes above and beyond by adding omega-6 and omega-3 fatty acids, which are not required by AAFCO, but are known to help give our dogs healthier skin and a softer, shinier coat. The pet food-maker also offers vegan dog treats and supplements.

“We developed our food with scientists, veterinarians, and veterinary nutritionists, as we expected to be challenged by the industry status quo of feeding just factory farmed animal proteins to our pets instead of cleaner and safer plant-based proteins,” explains Bethencourt.

Our canine companions have come so far from wolves. Pet food hasn’t changed much in the last few decades, but our understanding of what they need to thrive, and their impact on the planet, has. So, don’t they deserve the best?

“Our mission is to make the best pet food on the planet for our pets while making no compromise for their health, the planet, or our other fellow earthlings,” says Bethencourt.

Thank you to Wild Earth for supporting independent media and partnering with VegNews on this story.