Why are Starbursts, marshmallows, and Jell-O not vegan? These seemingly innocent products contain gelatin. The use of this ingredient means these foods and others are not only unsuitable for vegans, but prohibited for vegetarians as well. No, there’s no meat hiding in marshmallows, but there are less appetizing animal parts lurking in gelatin, a typical ingredient in marshmallows. There’s a long process between Peep and the animal used to make it, but the unfortunate truth is that many foods still rely on gelatin to attain their specific texture. Here is everything you need to know about gelatin and five plant-based alternatives to satisfy all your sweet cravings. 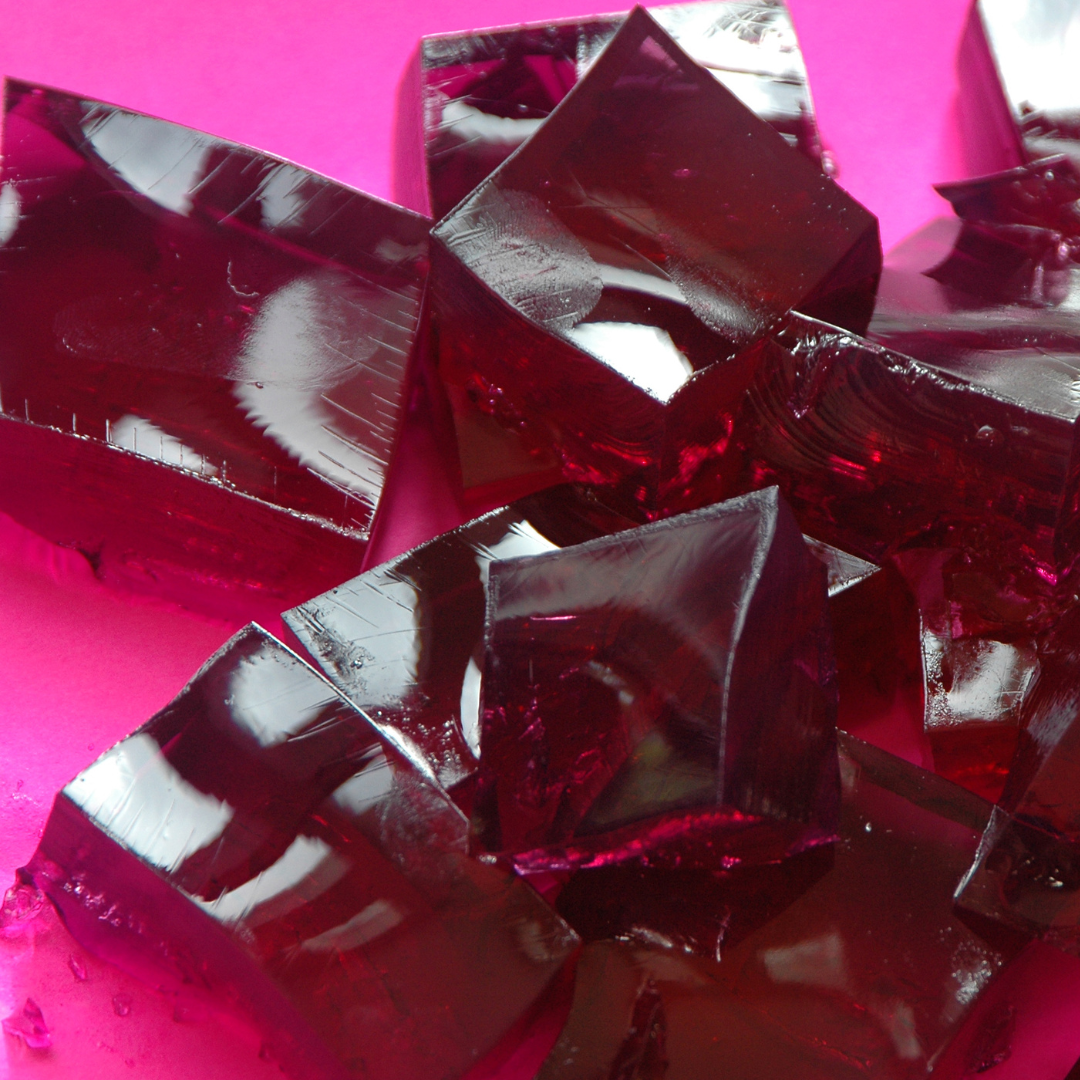 In its purest form, gelatin is a clear, flavorless protein made from animal collagen. Typically taken from cows and pigs, collagen is a substance that makes up cartilage, skin, and bones. Essentially, it helps hold the body together. This characteristic also applies to food. Gelatin is most often used to thicken or solidify liquids or semi-liquids to attain a specific texture. Chewy gummies, squishy marshmallows, tacky fruit candies, and quick pastry creams all rely on gelatin for texture’s sake. Pure gelatin comes in both sheet and powdered form. Both must be activated by dissolving in warm liquid then allowed to cool in order to set. If you’re a fan of non-vegan baking shows, you’ve likely seen contestants submerge gelatin sheets in hot water or watched them frantically whip up gelatin powder over the stove. Just like dino-shaped nuggets, gelatin’s unassuming, translucent appearance allows people to forget that this substance is pure animal parts—the parts most would never consider eating (mmm, tendons?). 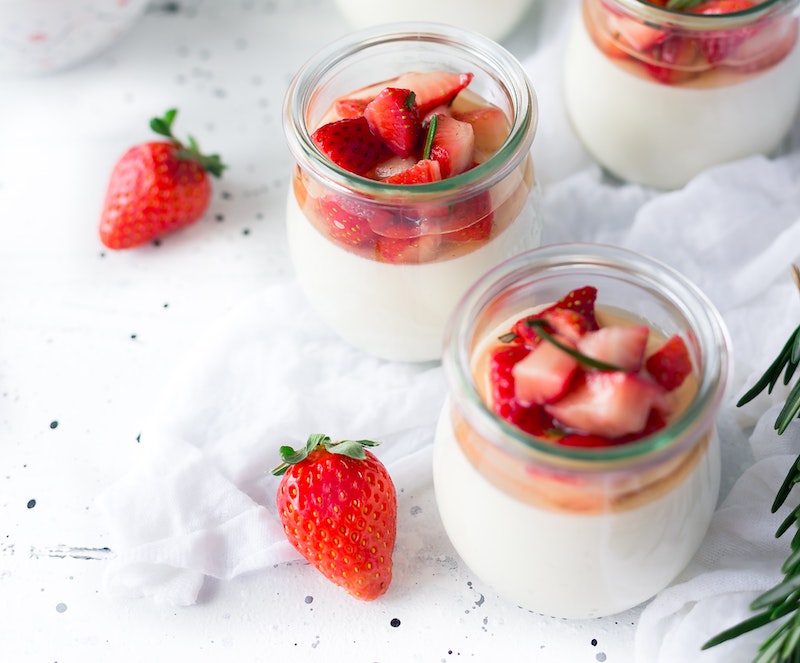 There are vegan exceptions or just accidental vegan-friendly one-offs, but gelatin is most often found in gummies (including gummy vitamins), marshmallows, candy corn, Panna cottas, fruit snacks, and some pastry creams including Bavarian creams, puddings, custards, and mousses. Not to state the obvious, but Jell-O is essentially flavored and sweetened gelatin. While not quite so common, gelatin may also be used in some ice cream recipes (it acts as a stabilizer). Common brands that use gelatin include Jet-Puffed, Peeps, Altoids, Starburst, Jell-O, Lifesavers, Haribo, Trolli, frosted Pop-Tarts, Rice Krispy Treats, and frosted cereals like Frosted Mini-Wheats. Unless a package explicitly claims “plant-based” or “vegan,” it’s always advisable to check the ingredient label for any product that’s squishy, gummy, or jiggly in texture. 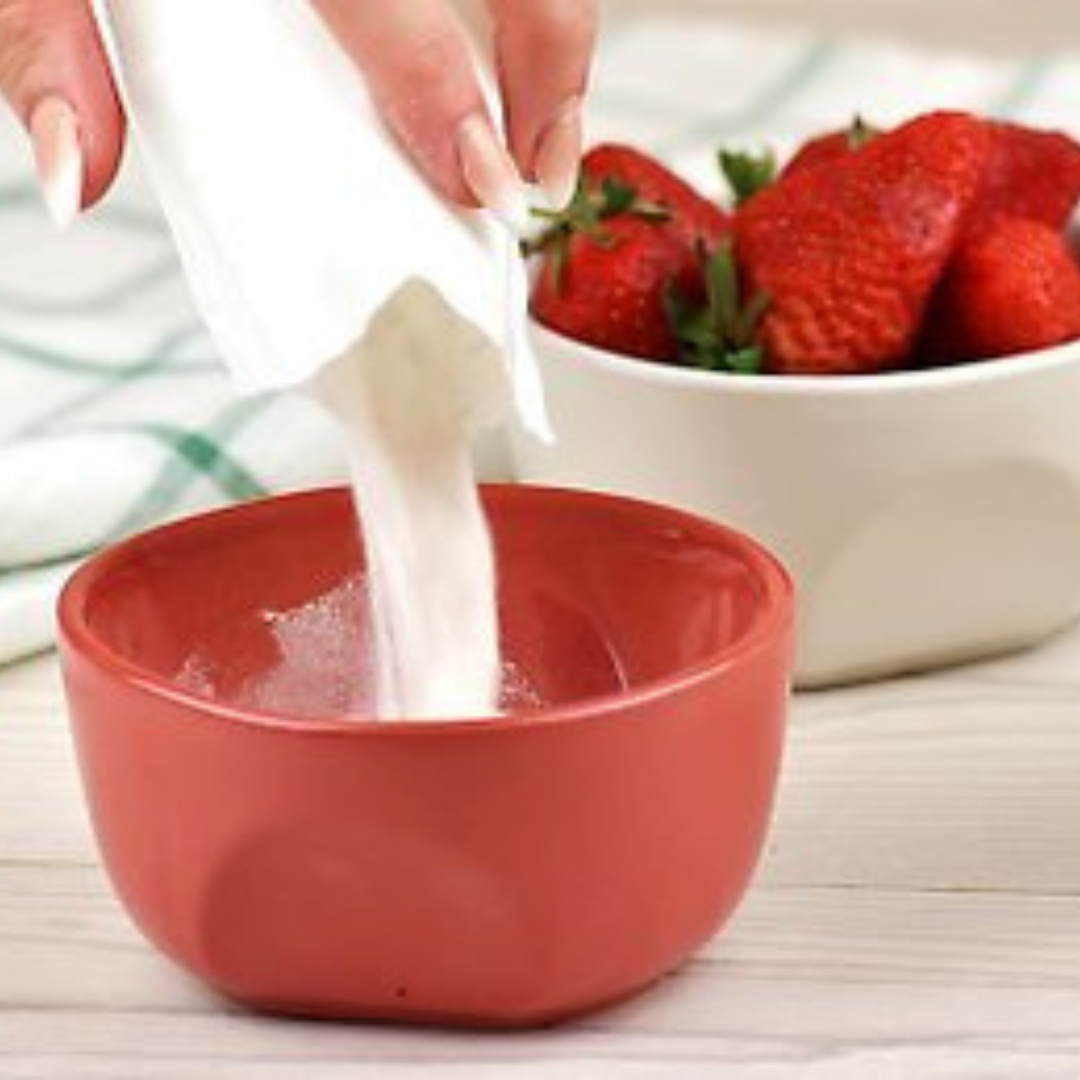 Animal-based gelatin isn’t the only thing that can make a candy gummy or set a pastry cream into a thick and velvety pudding. Cornstarch and agar agar (an algae-based product found in the seaweed section) have both been used to successfully replicate these tricky textures. Like gelatin, both cornstarch and agar agar are activated when combined with a hot liquid. Cornstarch will thicken a liquid within minutes, and agar agar is similarly swift and can set at room temperature.

Cornstarch works as a decent substitute for gelatin when whipping up something creamy, such as a pastry cream, pudding, or cheesecake. Typically, one tablespoon of cornstarch is used per one cup liquid. Again, this mixture must be heated to activate the thickening properties of the cornstarch. Agar agar is a more universal alternative to gelatin, but err on the side of less is more. You’ll only need about one-third to one-half the amount of agar agar to replace the gelatin. Too much of this algae, and you’ll end up with a very stodgy dessert.

Food-tech companies are also working on animal-free gelatin products. Geltor—a Silicon Valley startup founded in 2015—is leading the charge to produce vegan proteins that replicate the qualities of animal substances like collagen and gelatin. In 2020, the company raised $91 million to fund this effort and now offers four solutions for commercial use in cosmetics, skincare, and food.

Making your own vegan marshmallows can be a fun weekend project, but most aren’t up to the task whenever the craving calls. Here are just a few standout brands making our favorite gelatin-free products. 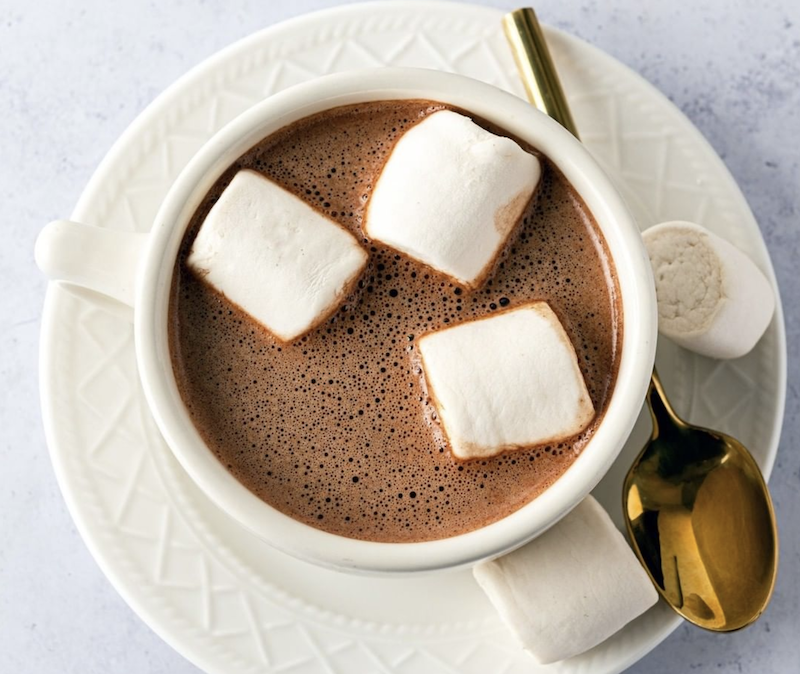 Dandies made vegan bonfire dreams come true when it launched its first vegan marshmallows in 2010. The original puffy treats are still a staple, but the company has since expanded its confectionary line to include mini marshmallows and flavored seasonal varieties such as pumpkin, peppermint, and maple. Trader Joe’s brand-name marshmallows are also accidentally vegan. Craving rice Krispy treats? Check out Made Good and Blake’s Seed Based for these conveniently packaged sweet treats. 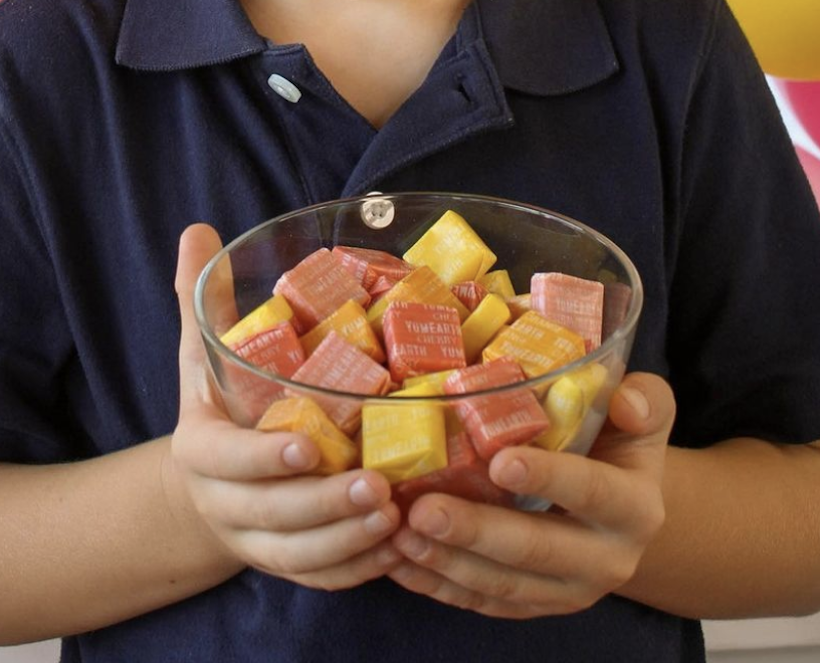 The good news is that Swedish Fish are accidentally vegan. However, most bears, worms, and other gummy animals are not. Surf Sweets fills the gap for vegan fruity gummy bears and rings, and YumEarth will satisfy any craving for Starburst-esque fruit chews. Sour candy fans, be sure to check out SmartSweets for its Sourmelon Bite and Sour Blast Buddies. 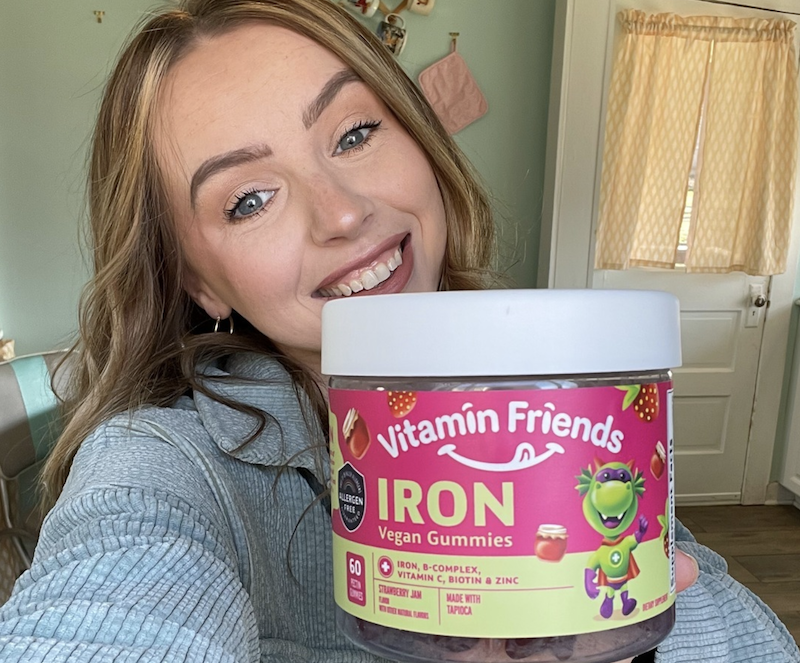 No matter how old you are, you’re never too old to take your vitamins. If these concentrated bites happen to come in gummy rather than pill form, no one is here to judge. Vitamin Friends makes nutrient-specific vitamins for kids and adults alike in flavors that include Strawberry Jam, Cola, and Mystery Flavor. Popping a few doesn’t excuse you from eating iron-rich foods, but a tasty little boost of gummy iron can’t hurt. 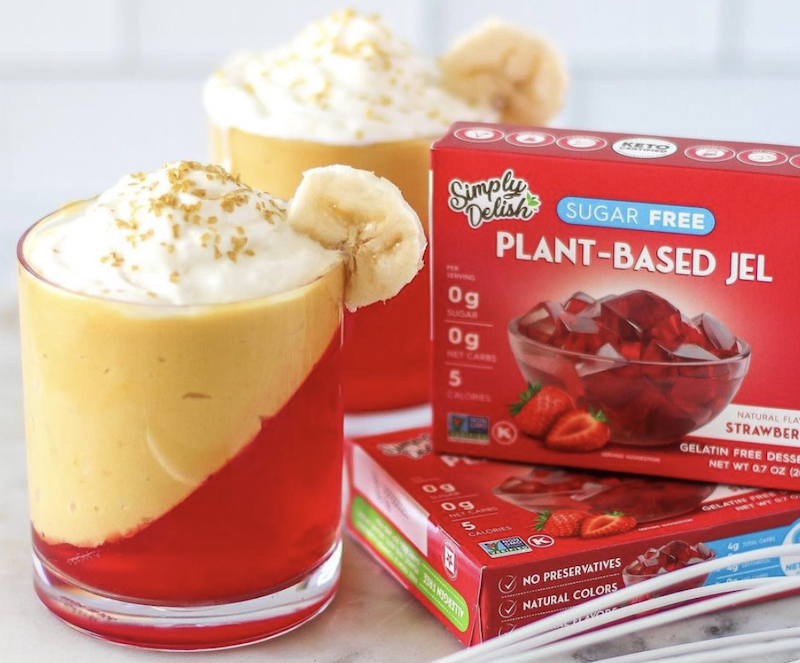 Simply Delish is the most accessible stand-in for the iconic Jell-O brand. The vegan company offers instant pudding and Jell-O desserts that will remind you of the simple desserts you ate growing up. Go ahead and treat yourself to a bowl of chocolate pudding or a giggly bit of plant-based Jell-O—your nostalgic side is waiting for it. 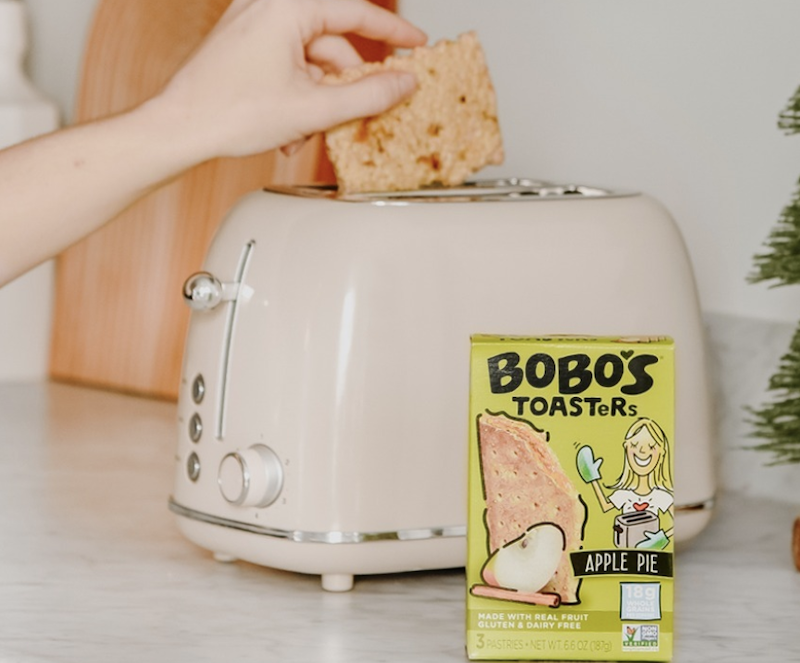 The vast majority of Pop-Tarts flavors are not vegan-friendly. The hardened icing that tops most of these convenient toaster pastries contains gelatin. However, three old-school varieties—Unfrosted Brown Sugar Cinnamon, Strawberry, and Blueberry—are animal-free. Bobo’s also offers a range of vegan toaster pastries including Strawberry Jam, Cinnamon Brown Sugar, Apple Pie, and Raspberry. Unfortunately, none of these options are frosted, either. For the real-deal Pop-Tarts experience, make your own using this recipe.

For more on vegan alternatives, read:

Vegan Versus Plant-Based: Is There a Difference?