Costco is increasingly become more and more vegan-friendly. From selling millions of plant-based burgers to removing the Polish hot dog off its menu to make room for more vegan options, the big box retailer has shown its comittment to stocking more plant-based products on store shelves and expanding its menus to offer dishes free of animal products.

Thanks to the mainstreaming of veganism and plant-based diets, grocery store chains are more frequently stocking vegan products to meet increased consumer demand. And while Costco is a nationwide chain, no two locations are the same. Often, products not launched nationwide are launched regionally, but it’s always a good idea to call your local Costco to inquire about product availability when you’re on the hunt for something specific.

Vegan products range from ready-to-eat, accidentally vegan apple pie to plant-based corned beef slices and chocolate ice cream. Whether you’re shopping for a family of four or are stocking up for your weekend rager, Costco is the destination for vegan fare at discounted, wholesale pricing.

The next time you visit this wholesale retailer, keep your eyes peeled for these vegan products. Please note, availability will vary by location. 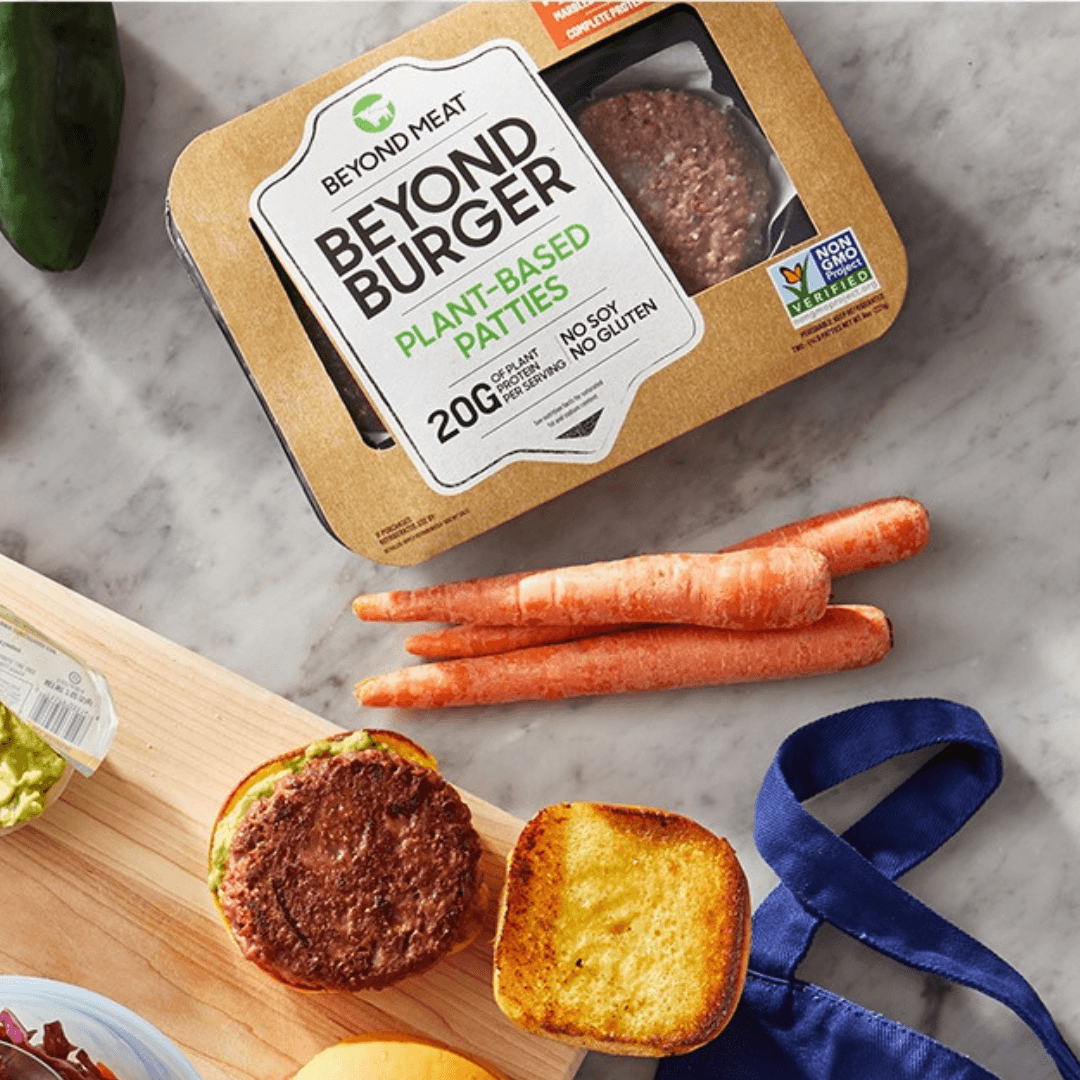 Yup, these cult-favorite beefy vegan burgers by Beyond Meat are available in packs of 10 patties for all your grilling needs. Pop them on the grill (or your grill pan) and then top with lettuce, tomatoes, mayo, and mustard for that classic burger experience. 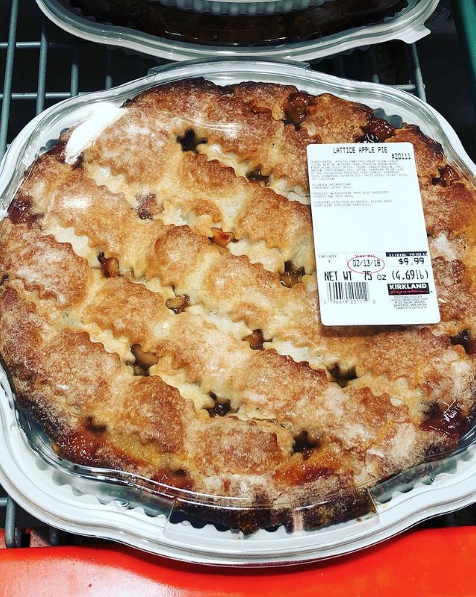 If you didn’t already know that Costco’s apple pie is accidentally vegan, now you do! Pick up this jumbo-sized baked good and serve it up with a hefty dollop of vegan whipped cream for an easier-than-pie dessert. 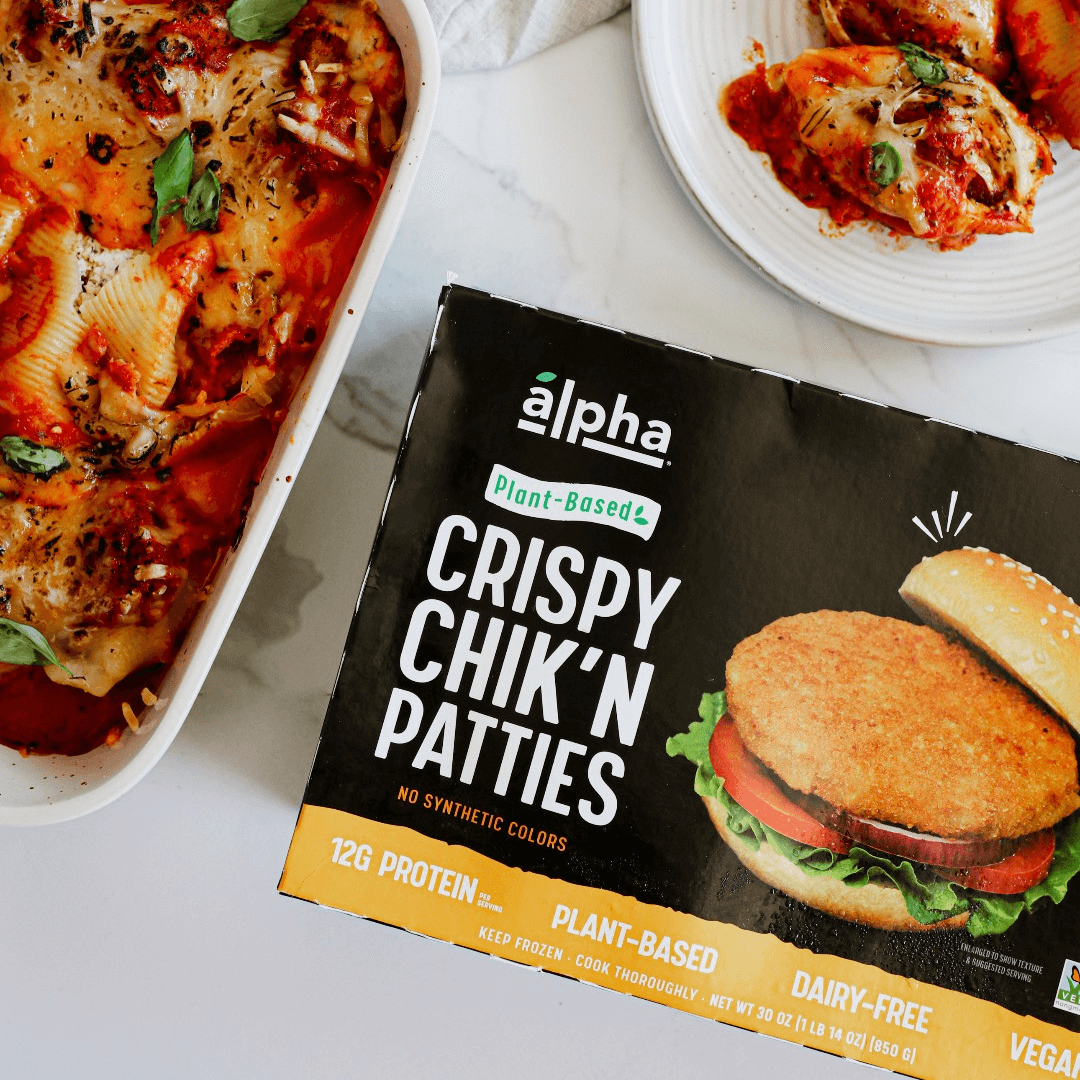 These lightly breaded, crispy vegan chicken patties are packed with plant-based protein and make a great switch up from the many vegan burgers found in the freezer section. 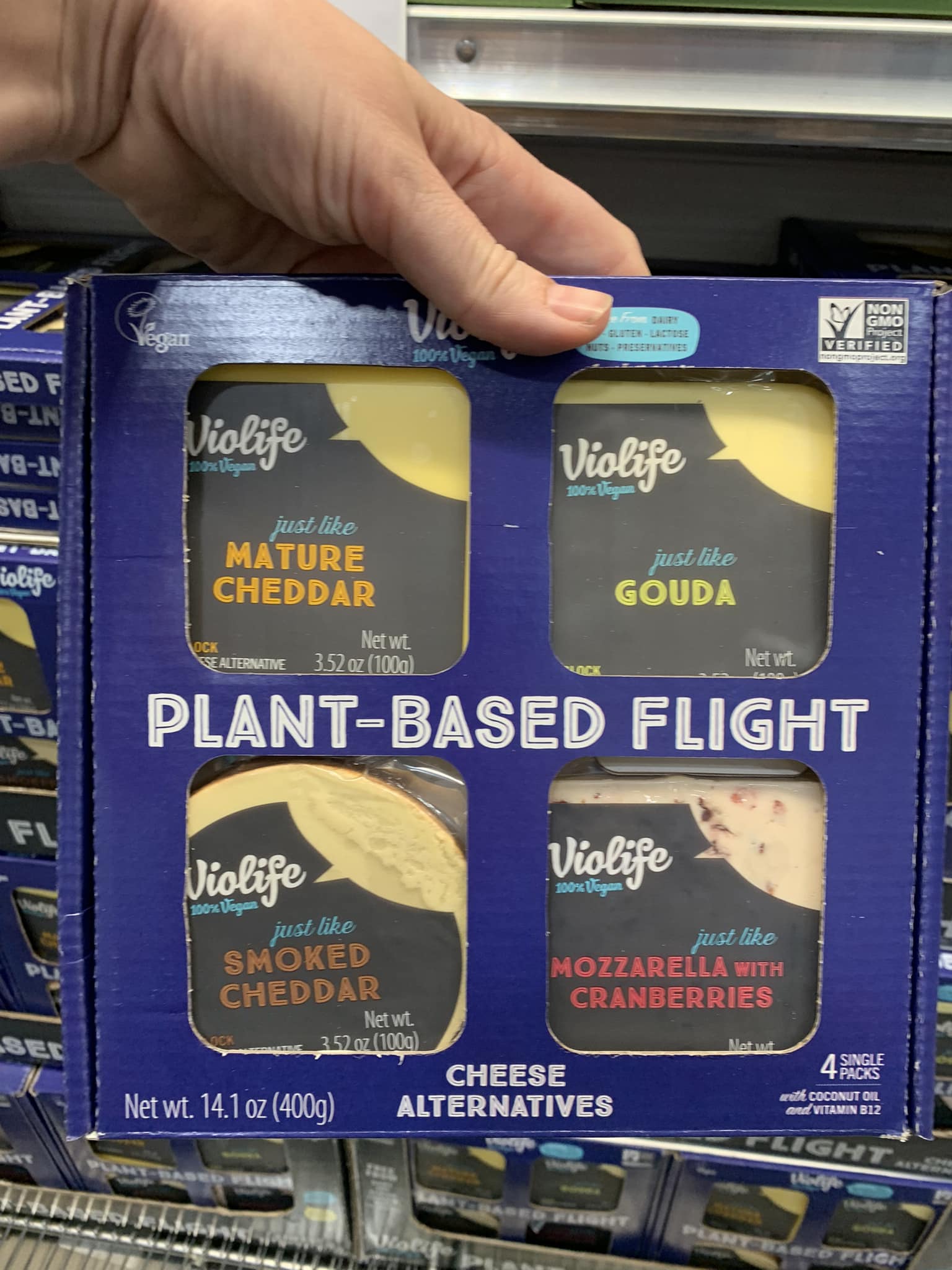 You can find these dairy-free blocks—in both classic and seasonal flavors—in packs of four at select Costco stores in the Florida region. With the holiday season fast approaching, stay stocked up on these plant-based cheese blocks for next-level charcuterie boards. Plus, they’re easy-to-melt and make for the ultimate grilled cheese sandwiches. 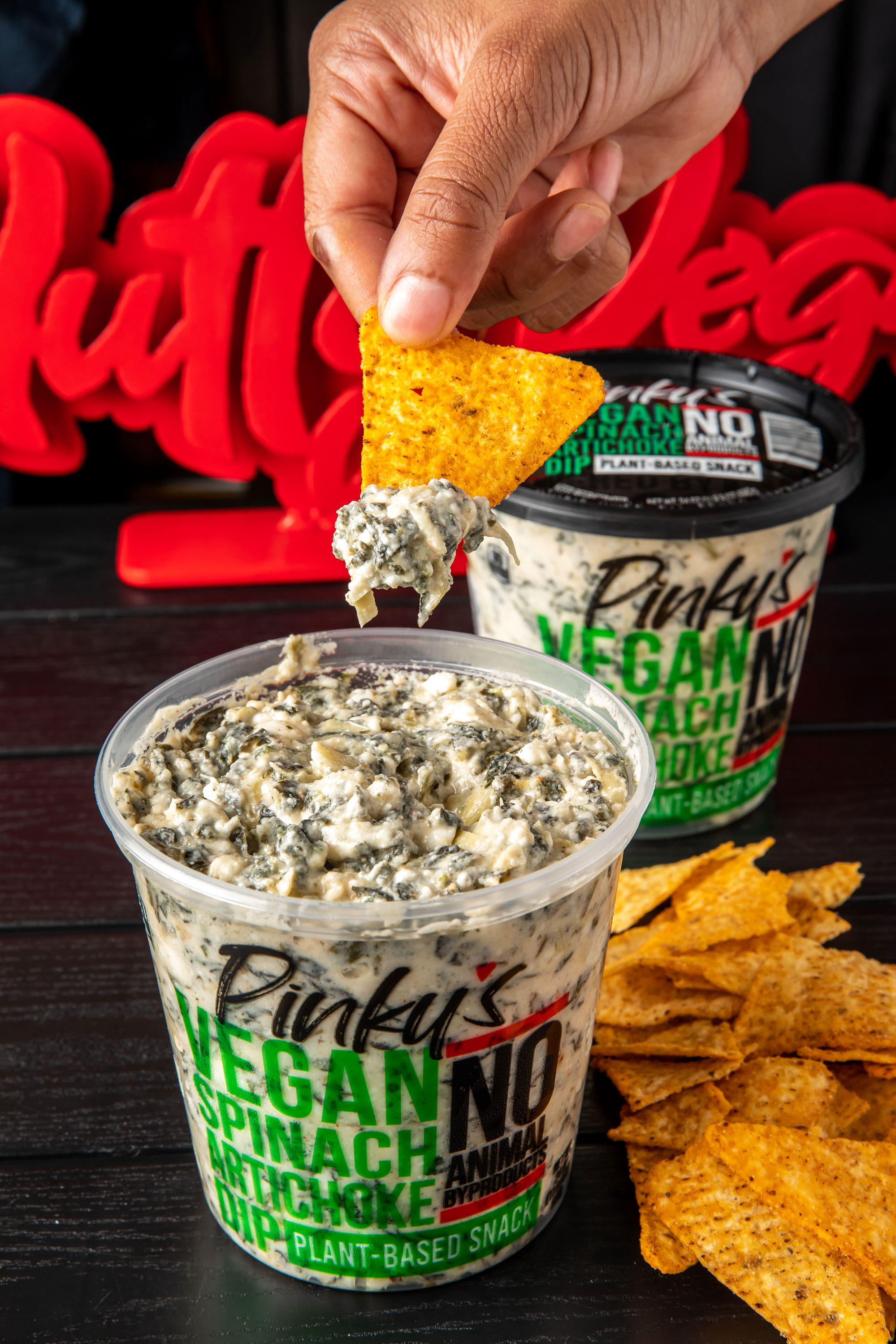 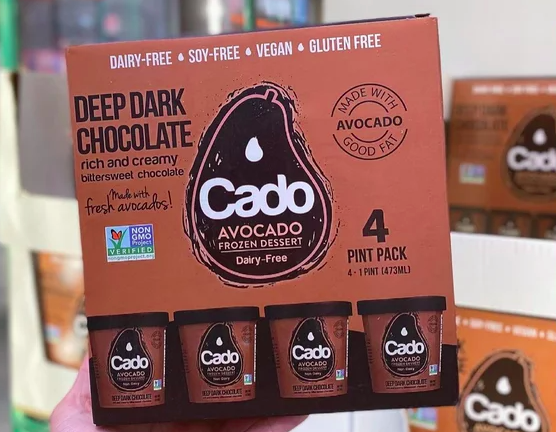 These pints of avocado-based chocolate ice cream make being dairy-free tastier than ever. Each pack comes with four pints … perfect for stocking the freezer when a craving strikes. 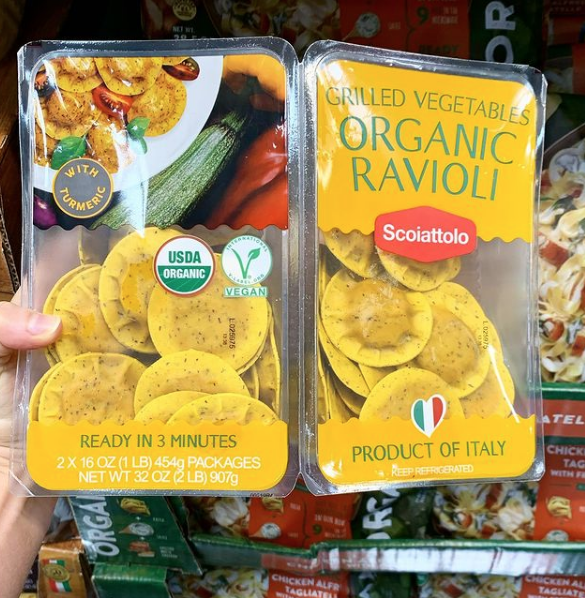 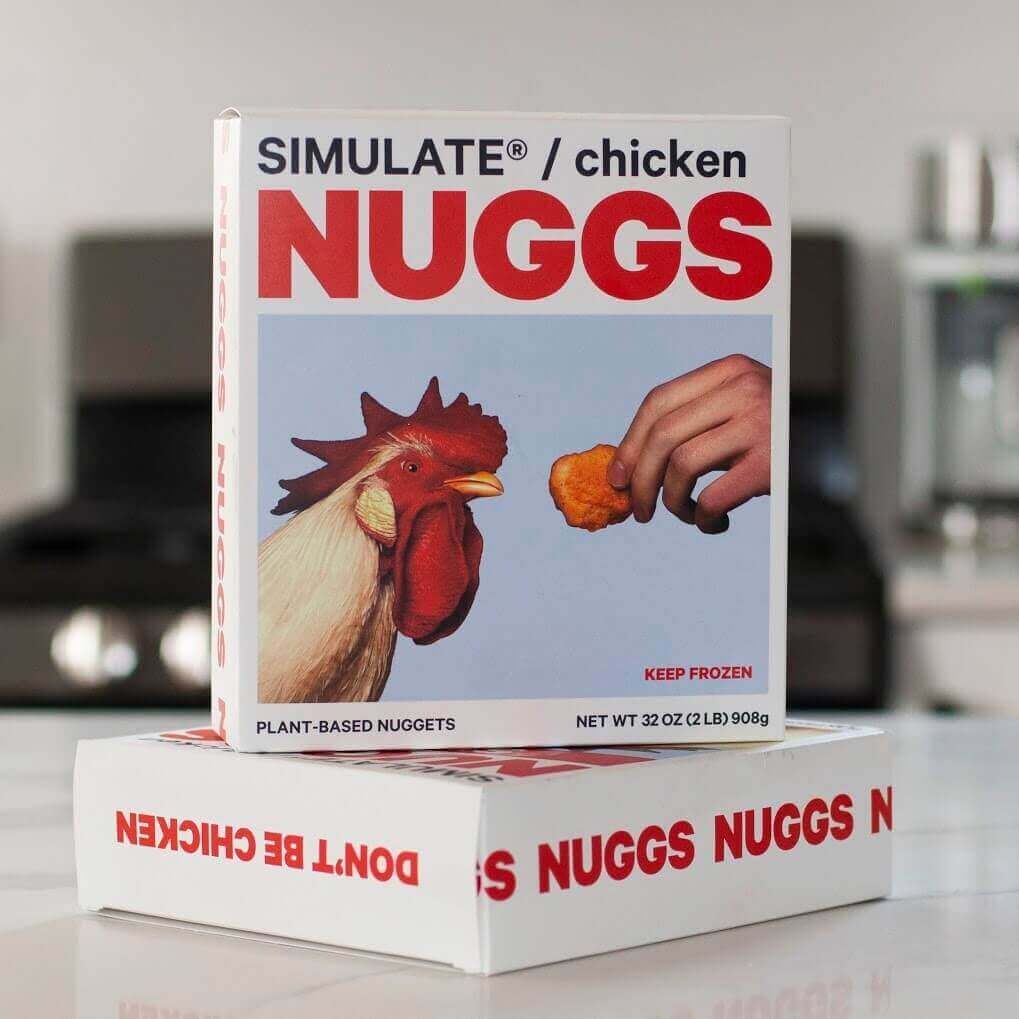 The “Tesla of chicken nuggets” has officially landed at Costco stores in the Los Angeles region. Score a two-pound pack of this popular brand’s vegan nuggets in the refrigerated goods section of the mega-store. 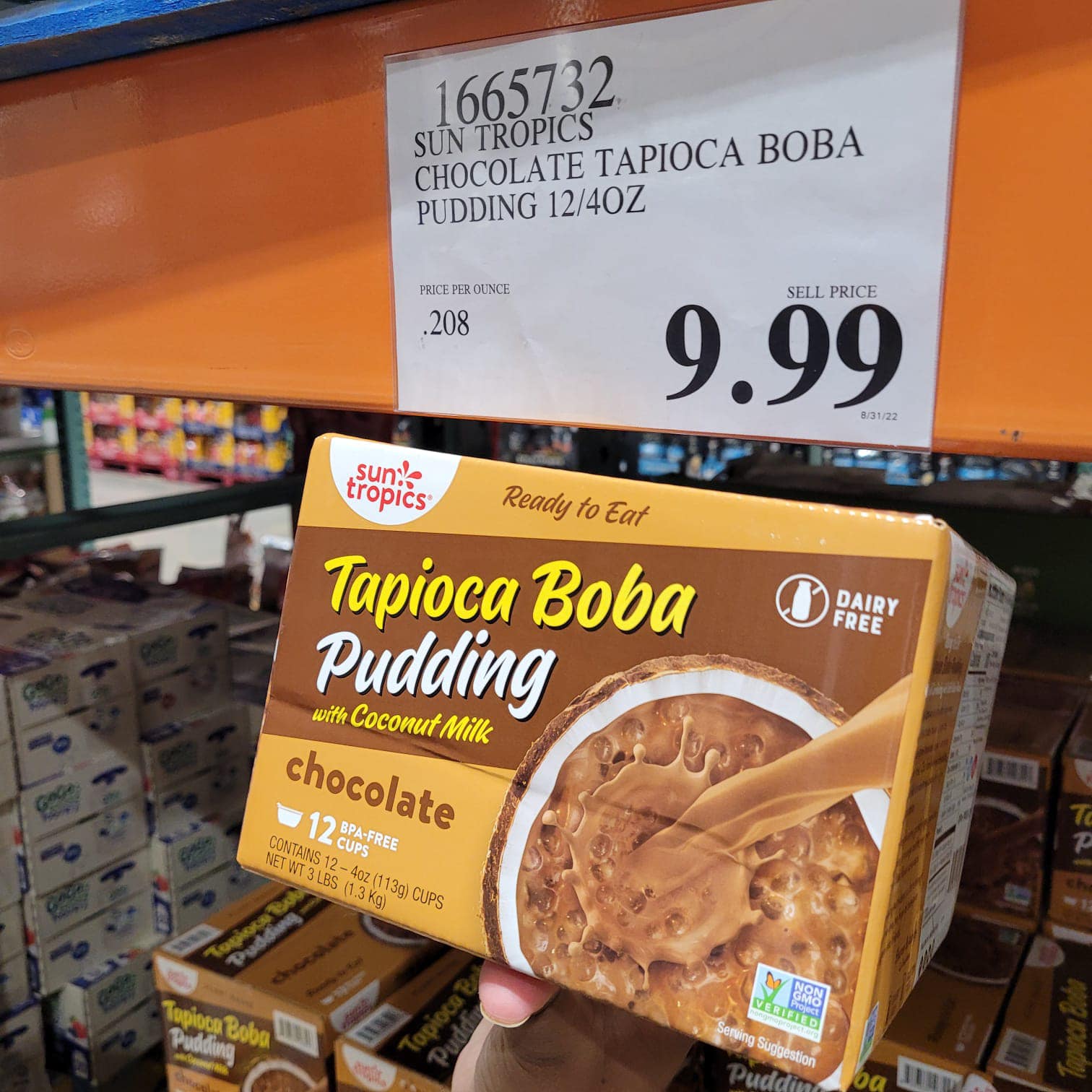 Chocolaty vegan pudding is already one of our go-to desserts, but sprinkle in chewy boba pearls, and you’ve got a whole new, next-level treat. Made with coconut milk, these creamy, dairy-free dessert bowls come 12 to a pack for a deal that’s just as sweet as it tastes. 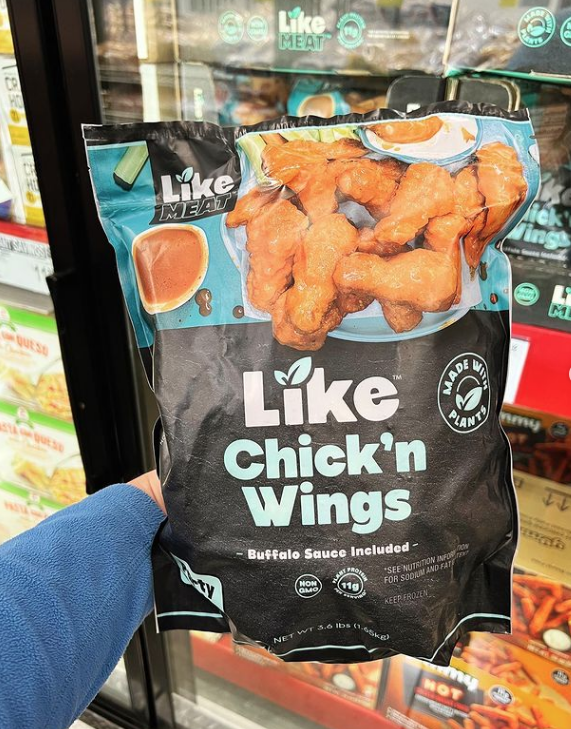 These crispy, plant-based chicken wings have been spotted in select New Jersey-area Costco locations. Pop them in your air fryer and slather in buffalo sauce for the perfect gameday or party appetizer. 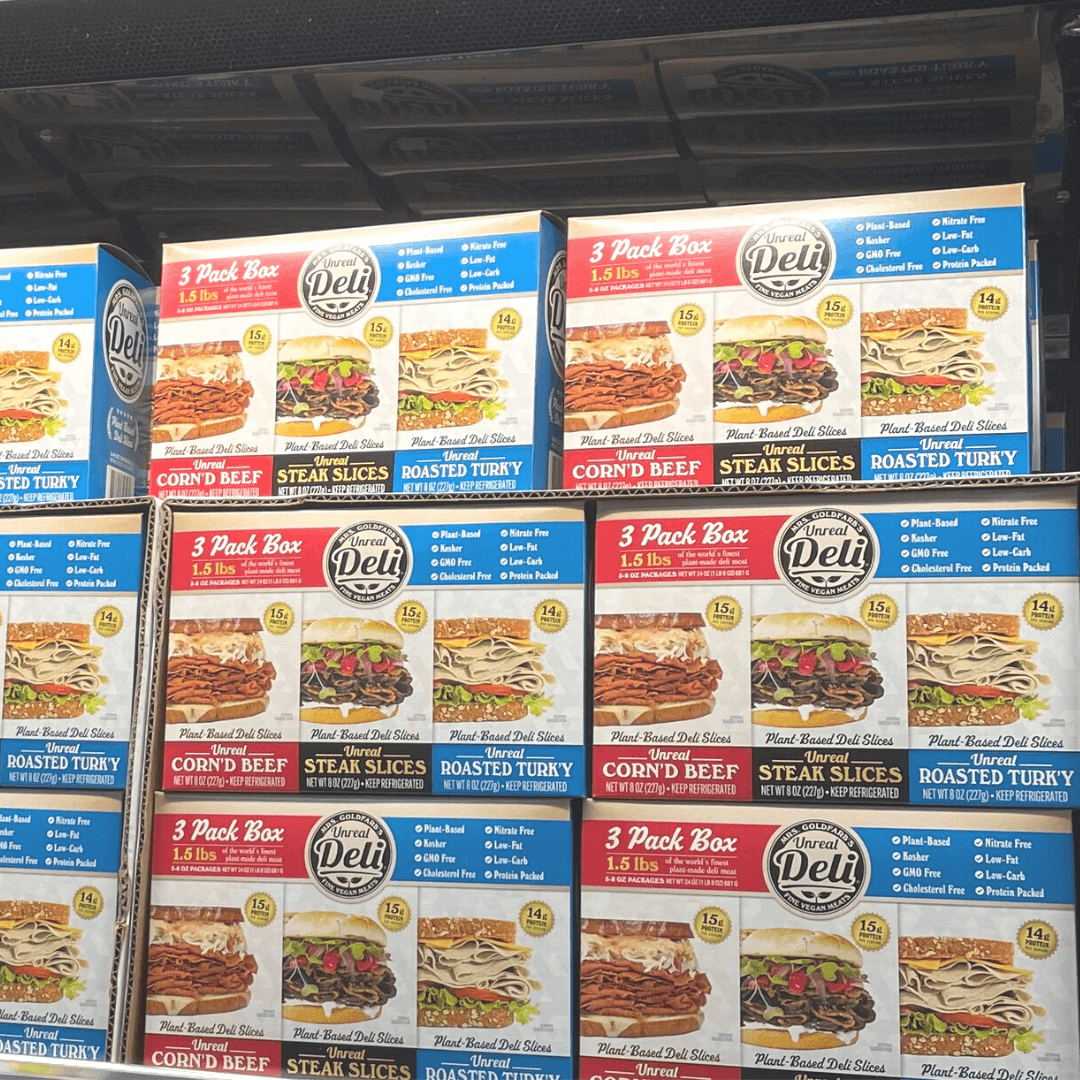 Backed by Shark Tank’s Mark Cuban, Mrs. Goldfarb’s Unreal Deli made headlines earlier this year when combo packs of its vegan corned beef, roasted turkey, and steak slices launched at Costco locations in Southern California and Hawaii. Why choose one vegan meat, when you can have three? 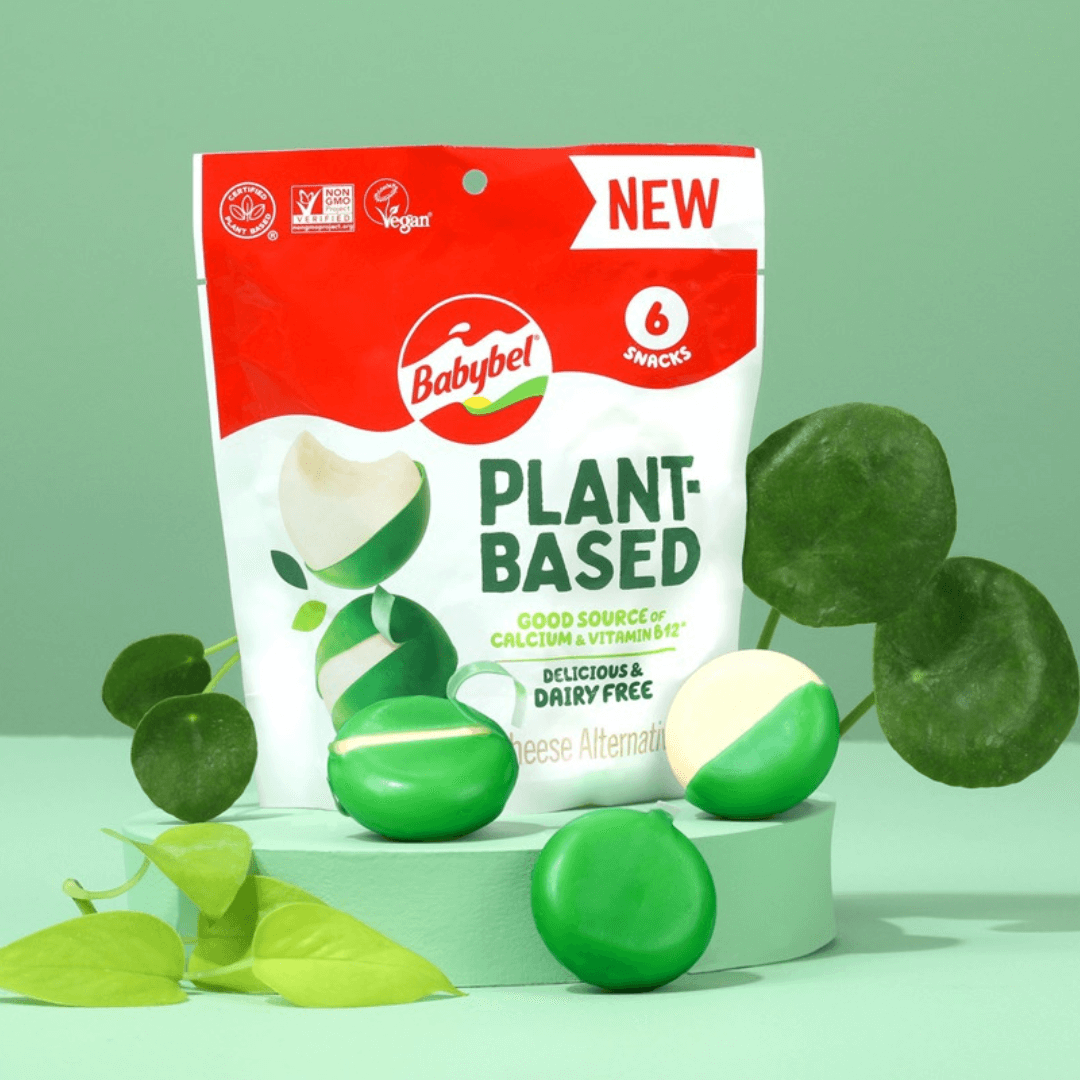 If you spot these revamped childhood classics at your local Costco, load up your shopping cart! Members have spotted the vegan snacking cheese at locations in the Southeast. Wrapped in green, plant-based wax, this bite-sized snack keeps us fueled on all our Costco runs. 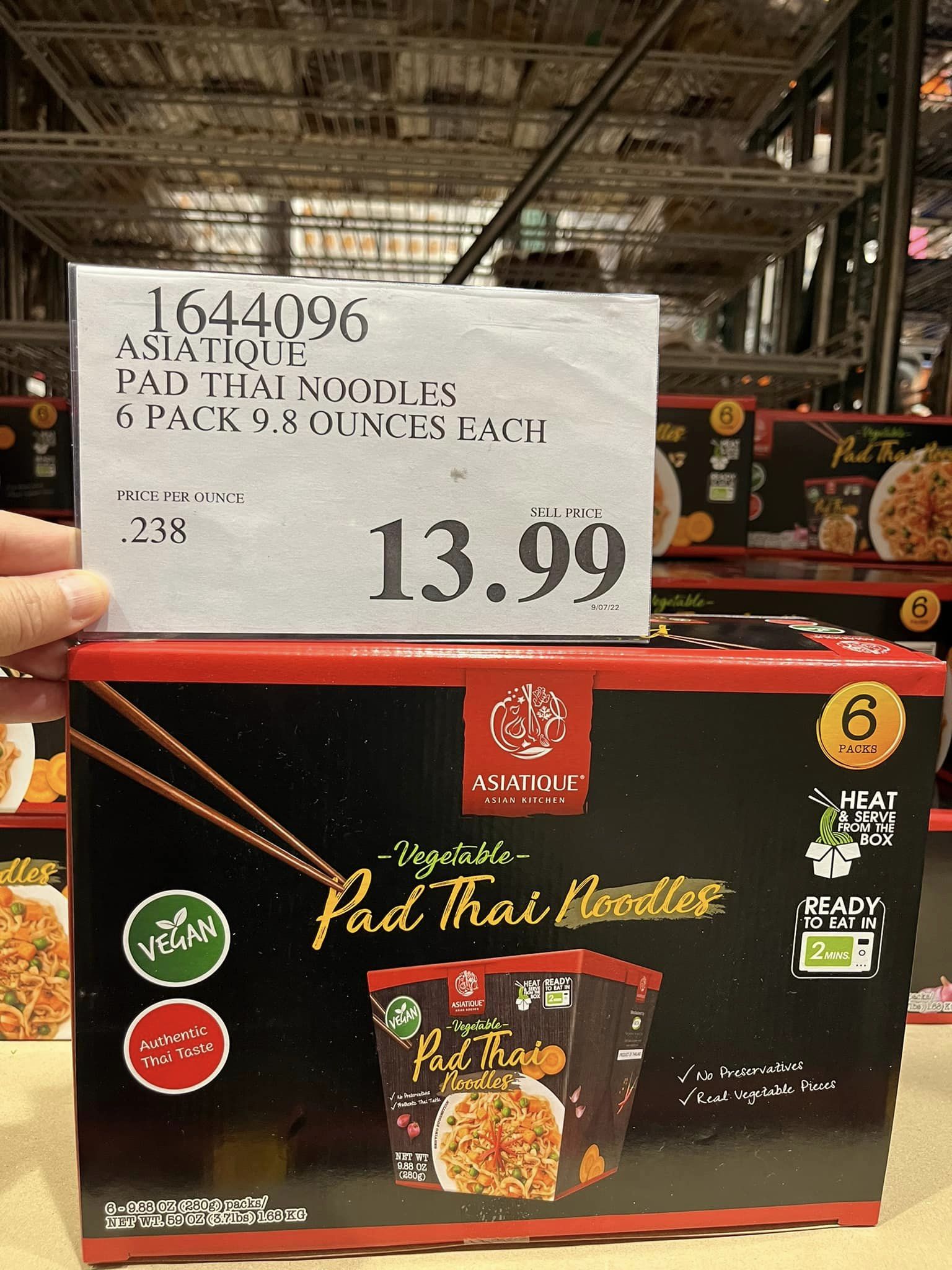 Vegan pad Thai has entered the chat … and this big box retailer. These instant noodles happen in just two minutes and come six to a pack. Plus, they’re packed with real vegetables, making a wholesome meal possible even on your laziest days. 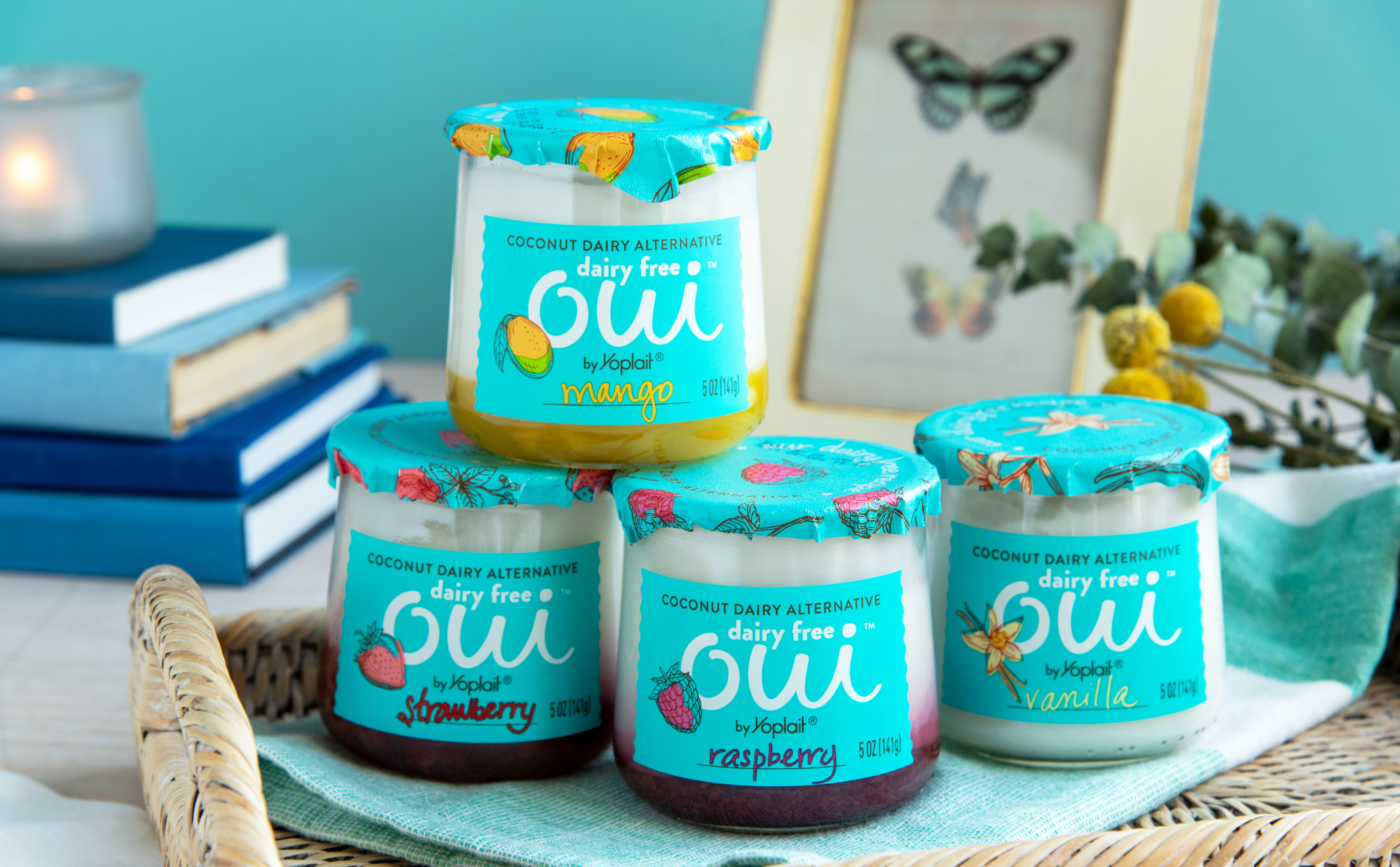 If you’re lucky enough to find these at your local Costco, snatch them up fast! Made with a creamy coconut base, this vegan yogurt comes loaded with fruity spread at the bottom of each little glass pot for a sweet and tart snack. 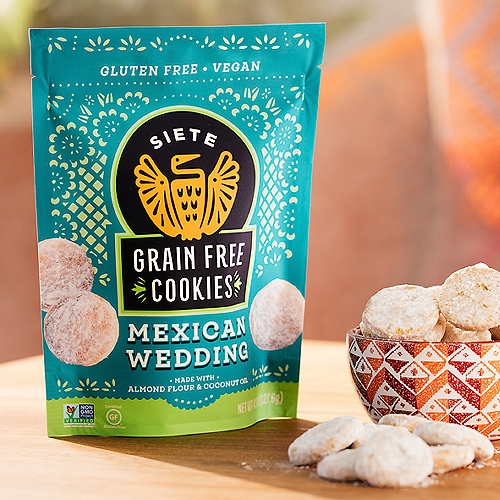 Sweet and crumbly, these traditional Mexican cookies have been given a vegan- and allergen-friendly makeover by the culinary pros at Siete Foods. Enjoy with a cup of joe or on their own—wedding bells not required. Siete Food’s grain-free tortilla chips and churro strips have also been spotted at Costco locations, so keep your eyes peeled. 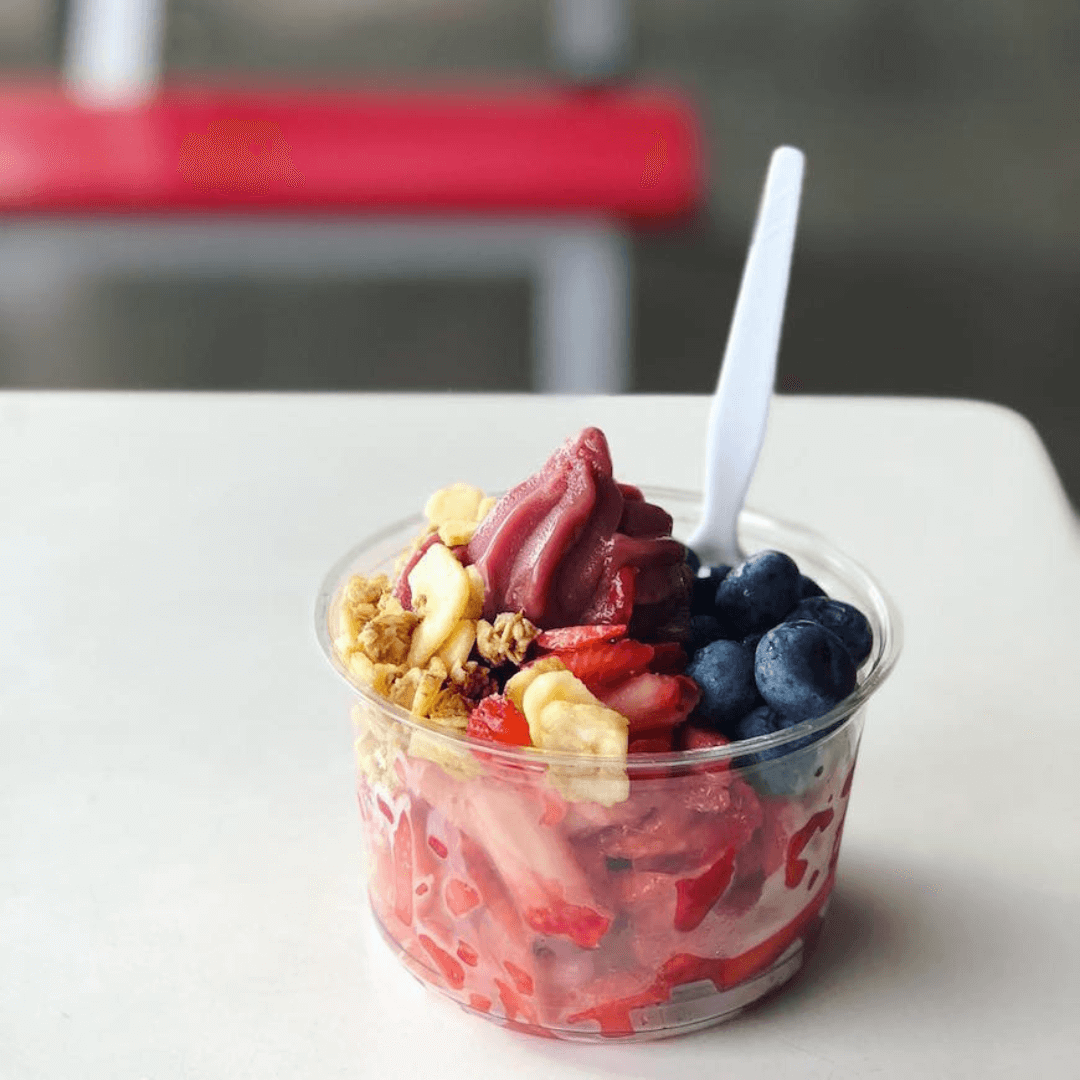