Whether you’re considering eating less meat or you’ve been plant-based for a while, iron is something that should be on your radar. As with most nutrients, iron is a multi-tasker. It’s vital for ensuring that your red blood cells can transport oxygen and if you don’t get enough of it, you might feel fatigued and unfocused, and you could even get sick more often than you’d like. We might usually think of meat when we think of iron but in reality, there are plenty of vegan iron sources that you can use to round out your diet. 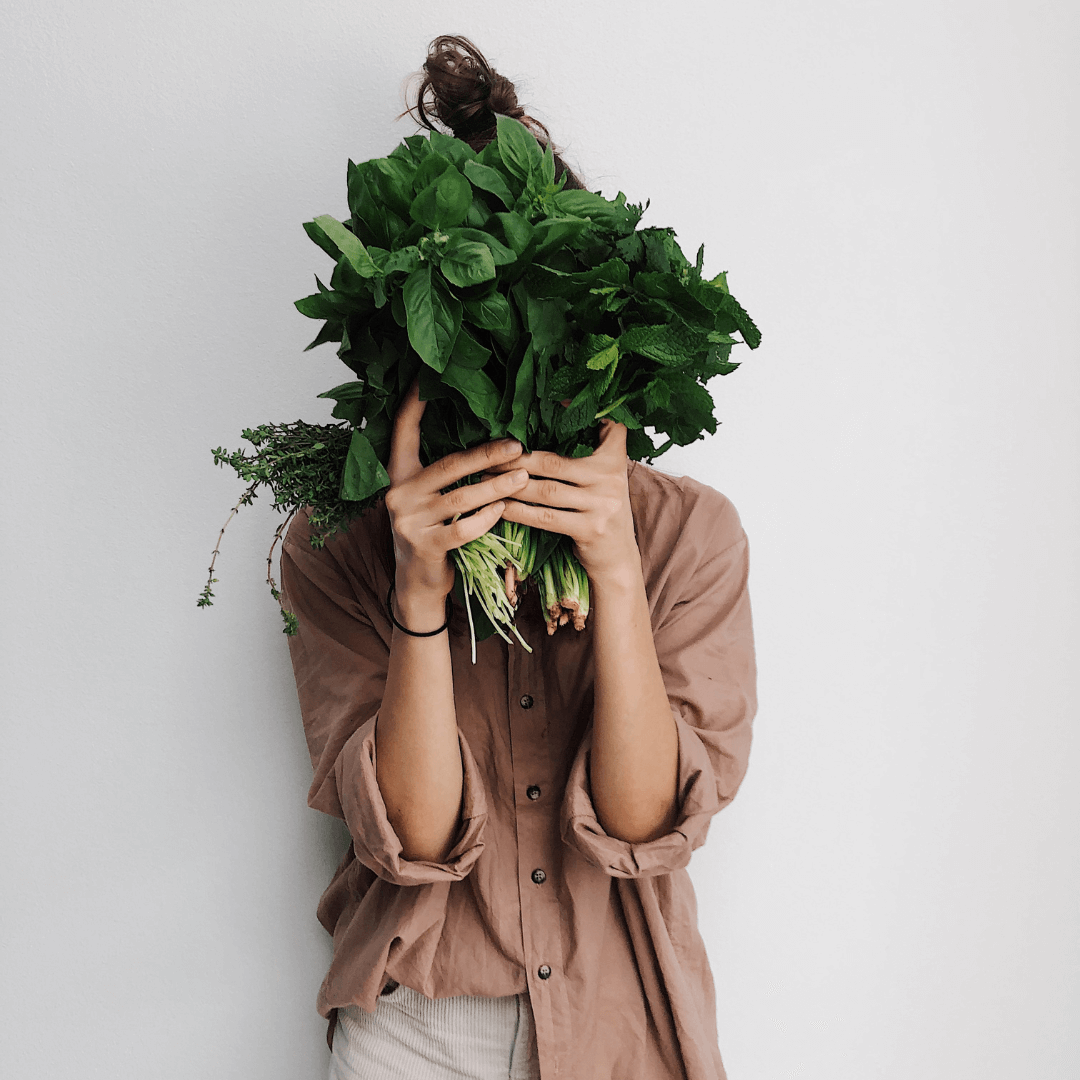 What does iron do for the body?

Iron is an important mineral that your body needs in order to carry out many important functions.

Without iron, your body wouldn’t be able to make hemoglobin, a protein found in red blood cells that transports oxygen throughout the body. It’s also needed for myoglobin, a protein that brings oxygen to your muscles. Iron also supports immune function, a healthy pregnancy, energy levels, and athletic performance.

If you’re getting too little iron, first your body will deplete the iron that’s stored in your liver, bone marrow, spleen, and muscle. In the long run, it could lead to iron deficiency anemia, which is when your red blood cells shrink and cannot carry as much oxygen. The symptoms of iron deficiency anemia include fatigue, weakness, fuzzy memory, and gastrointestinal upset. It could also make you feel like you need to bundle up more in the winter.

“Your immune system may also be affected and you may be more prone to getting colds and other infections. You might be more sensitive to cold temperatures,” Annelie Vogt von Heselholt, DCN, RD, CSO, and founder of Dietitian Doc, tells VegNews.

There are two types of iron: heme and non-heme iron. Both kinds of iron are found in meat and seafood while non-heme iron is obtained from plant-based sources. This means that you absolutely can get iron from plant foods, but one thing to be aware of is that non-heme iron isn’t as easily absorbed by the body, so it’s advised that vegans and vegetarians should consume twice as much.

So, instead of 8 mg for adult men and 18 mg for adult women, someone who doesn’t eat meat is looking at a daily requirement of 16 mg and 36 mg a day, respectively. During pregnancy, that need rises to 27 mg daily.

If you can, avoid drinking coffee or caffeinated tea with iron-rich meals. Tea is a known inhibitor of iron absorption and studies suggest that it’s a similar case with coffee.

“Lastly, using a cast iron pan for cooking can provide some additional iron from the pan,” adds Vogt von Heselholt. It sounds like a myth, but the evidence says otherwise. Research shows that cooking with a cast iron pan may increase blood hemoglobin levels and increase iron content in foods.

Can you get iron without meat?

Iron is usually associated with meat and seafood and is found in animal-based sources such as beef, chicken, oysters, mussels, turkey, and ham. But these aren’t the only places that you can get iron. So the answer is, yes, you can meet your body’s iron requirements without animal products. But, because of how common iron deficiencies are even when one does eat meat, it’s best to consult with your doctor before making any major changes to your diet.

The best vegan sources of iron

There are several ways to mix-and-match iron-rich plant-based foods. Here are vegan foods that contain this vital mineral: 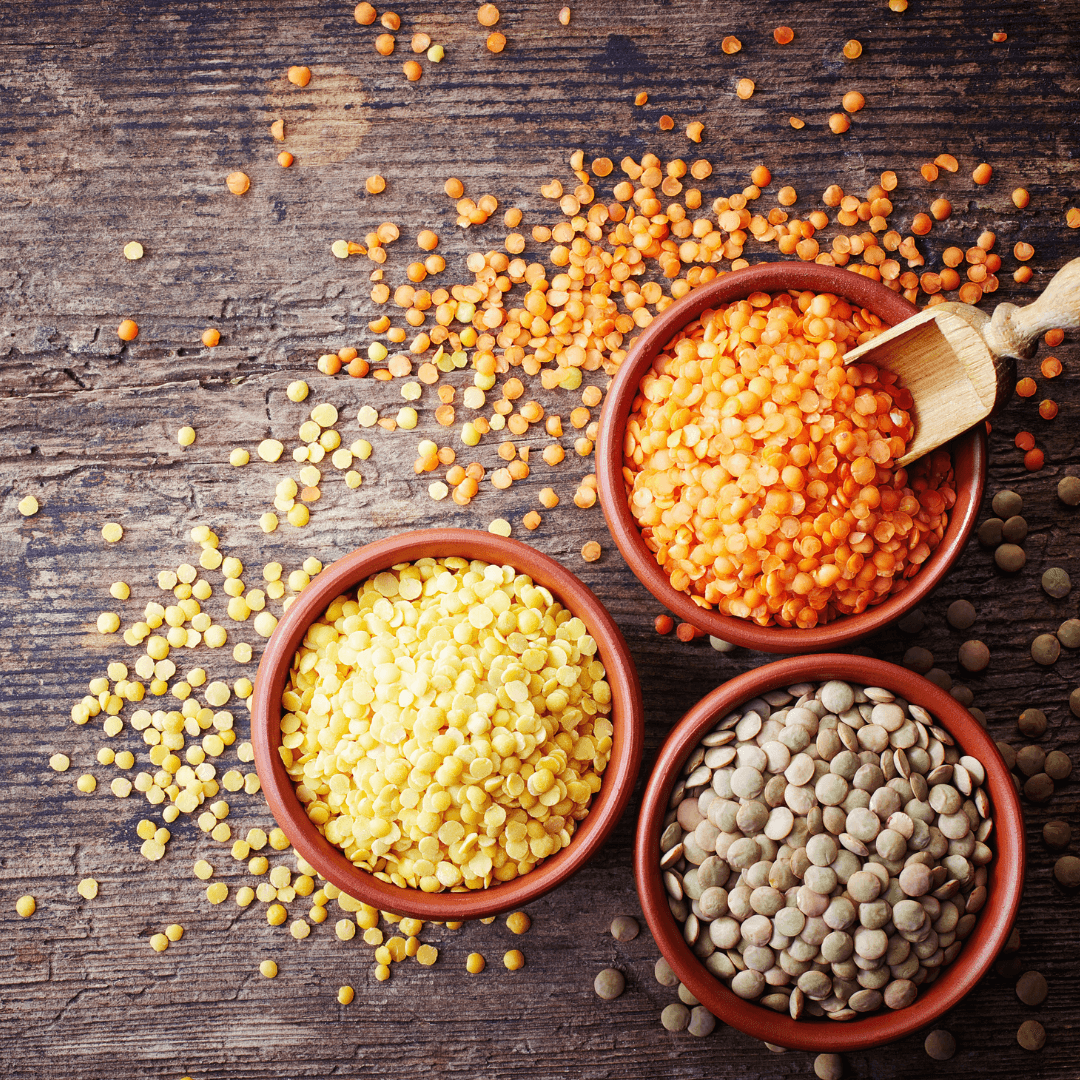 Lentil, beans, and peas all contain iron, but some have higher amounts than others. Out of all of these pulses, lentils have the highest amount of iron. According to USDA data, they contain 6.6 mg of iron per cooked cup. Chickpeas, navy beans, white beans, kidney beans, and black-eyed peas are also good sources of iron. In addition to this, these complex carbohydrates are high in heart-healthy dietary fiber and contain vitamins and minerals including folate, a type of B-vitamin that’s used to treat anemia.

Soy-based proteins like tofu and tempeh have decent amounts of iron. A cup of raw, crumbled tempeh contains 4.48 mg of it while extra firm tofu will get you eight-percent of your daily value. Both of these are also good plant-based sources of calcium.

Pumpkin seeds, sesame seeds, cashews, hemp seeds, chia seeds, and flax seeds are the best vegan sources of iron from nuts and seeds. Get your iron by snacking on a handful of unsalted, unroasted nuts or seeds, or enjoy them in nut butter form. Hemp and chia seeds can also be used as an egg substitute in vegan baking, which will add trace amounts of iron to your sweets.

Dark, leafy greens like kale, collards, Swiss Chard, and bok choy all contain small amounts of iron, ranging from .99 to 2.15 mg per cooked cup, sans salt, or other kinds of seasoning. Cooking is actually the secret to unlocking the maximum amount of iron in these healthy greens. The good news is that it doesn’t matter whether or not those greens are fresh or frozen, and the latter tends to be the more affordable option.

Adding some cruciferous vegetables to your plate will give you a little bit of iron, plus dietary fiber and a mix of vitamins, minerals, and antioxidants. A cup of raw broccoli, shredded raw cabbage, and cooked Brussels sprouts nets anywhere between .52 to 1.86 mg of iron. 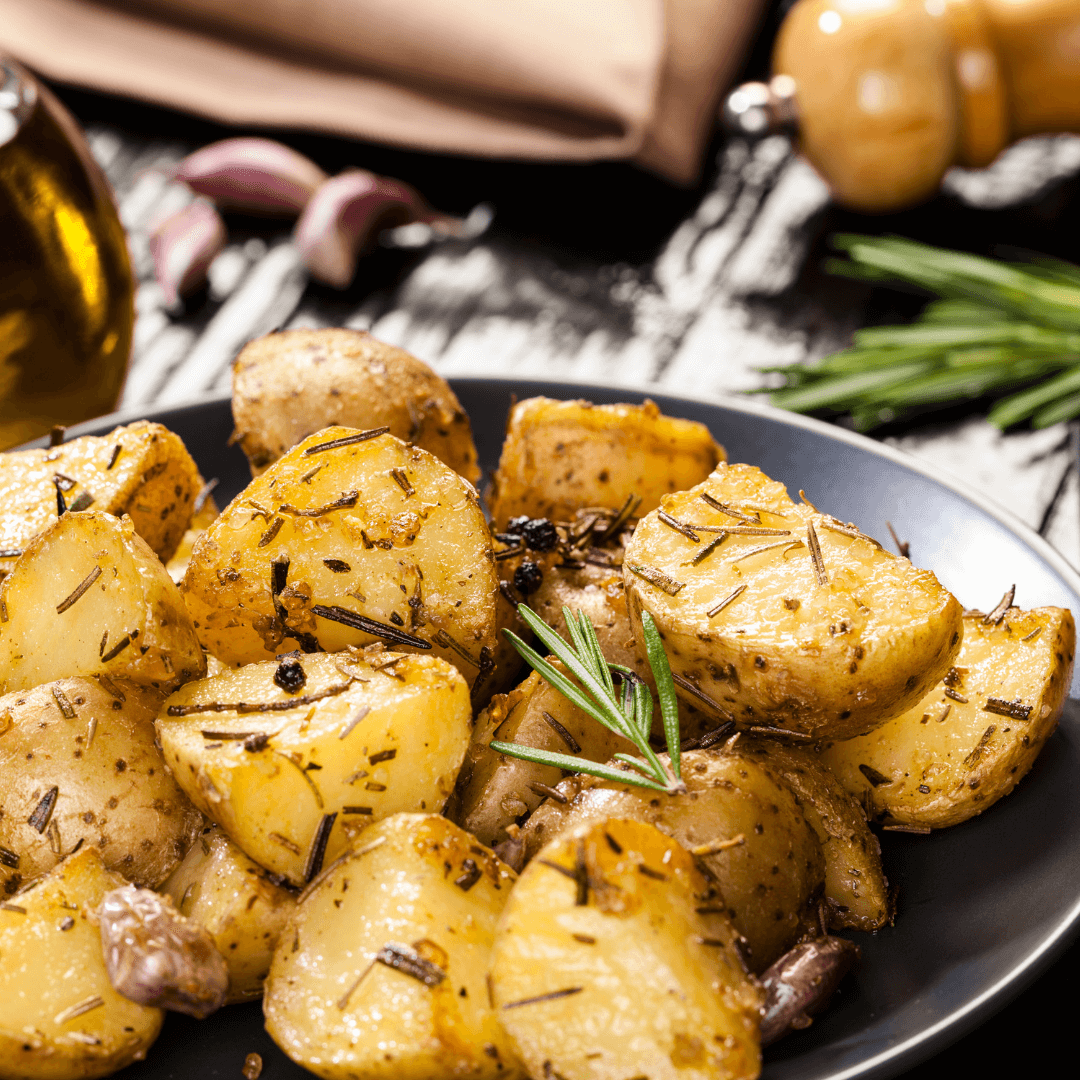 It’s a beautiful thing: one medium potato contains around 1.7 mg of iron, which is nine-percent of your daily value. The catch is that you can’t peel it—the skin is where most of the iron is concentrated.

Mushrooms contain iron, but only in certain varieties. A cup of cooked white button mushrooms—the most common and usually the most budget-friendly option in grocery stores—nets you 2.7 mg of iron. One hundred grams of enoki mushrooms (we recommend weighing over using cups due to their shape) has 1.28 mg of iron.

Those fresh tomatoes are unparalleled in flavor, but they don’t have much iron content. Tomato paste, however, will add small amounts of iron to your diet. A tablespoon of unsalted tomato paste contains .47 mg of iron. We like using it in red sauce, lentil stews, beans, and as a substitute for fresh tomato whenever our pantry is bare.

Repeat after us: figs, dates, raisins, and prunes are great. Dried fruits have a reputation for being high in sugar, which is true—but, they also contain iron, dietary fiber, and simple carbohydrates. Half a cup of deglet noor dates contains .75 mg of iron while the same amount of figs contains an impressive 1.5 mg. A few tablespoons of raisins in your oatmeal or cereal will also go far, considering that a half-cup contains 2.13 mg. Dried unsulphured apricots are also rich in iron.

You’ll usually find more iron in whole grains compared to processed grains—but as you’ll see below, some enriched grain-based foods also contain it. For whole grains, choose oats, spelt, quinoa, and long-grain brown rice. These deliver between 1.13 and 3.2 mg of iron per cooked cup, which is nothing to sniff at. 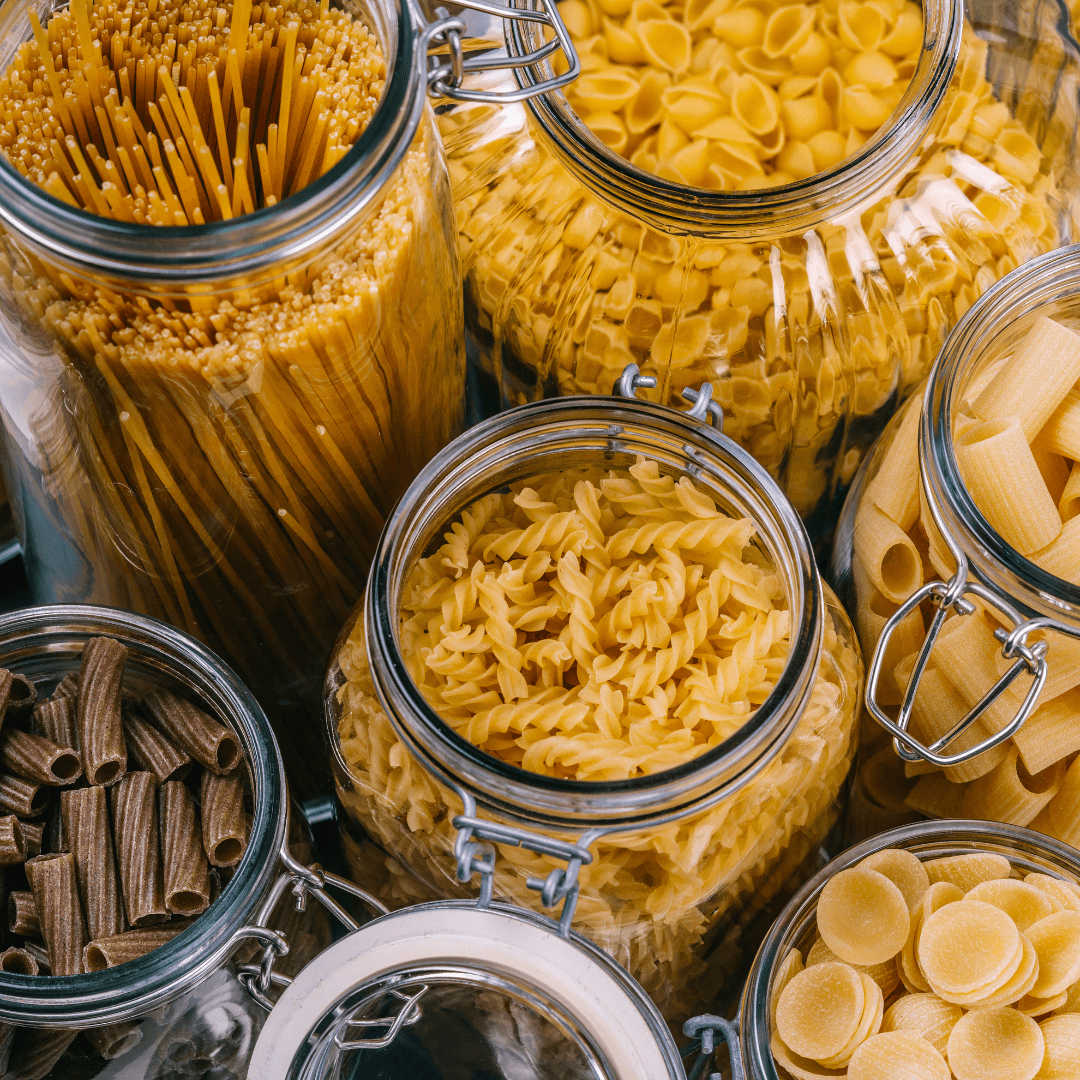 Some enriched bread and pasta products contain added iron. The trick to figuring out which ones those are is to read the nutrition information. A pack of enriched spaghetti, for example, could offer 4.15 mg of iron.

12 Some types of vegan meat

Some plant-based meats, like Beyond Meat or the Impossible Burger, contain iron. But, many tend to be high in sodium, which could be an issue for those with high blood pressure.

A few foods that don’t fall into the other categories contain iron. Just one tablespoon of blackstrap molasses contains 20 percent of your daily value of iron, but it’s not a food that most regularly eat. Dark chocolate—a bar that’s at least 45-percent cacao solids—can also provide iron, though content differs from bar to bar. Generally, a one-ounce piece of dark chocolate contains 3.4 mg of iron.

You can also take vegan supplements to add daily iron to your diet. Consult with your doctor before adding a supplement to your routine.

How to Get Calcium on a Vegan Diet (Plus, 6 Foods to Keep Your Bones Strong)